Our 2005 Chevrolet Malibu Maxx trim comparison will help you decide.

Chevy’s latest effort at unseating the Camry and Accord, the redesigned Malibu sedan that debuted for 2004, also comes in a version that isn’t like anything from Toyota or Honda’s midsize best-sellers.

It’s the Malibu Maxx, a hatchback/wagon version of the Malibu sedan. Both Honda and Toyota once had wagon versions of the Accord and Camry, but gave them up a generation or two ago, deciding, I suppose, that Americans just don’t want wagons when they can have SUVs instead.

Today, though, the midsize wagon is making a comeback, and those who want one of these instead of a hulking, gas-guzzling sport utility have options such as the Malibu Maxx to consider.

Whether a sizeable number of people who would otherwise buy a Honda or Toyota would actually consider a Chevrolet remains to be seen, but after week in the driver’s seat of the Maxx, I could see myself buying one of these as a more-compact, more fuel-efficient alternative to an SUV (even one of those car-based crossover models such as the Toyota Highlander).

First, there is nearly as much passenger and cargo space in the Malibu Maxx as there is in a crossover SUV such as the Highlander, but you’ll find yourself driving a vehicle that gets much better fuel economy (22 miles per gallon city/30 highway for the Maxx V-6 vs. 18 city/22 highway for the Highlander V-6).

You will also find yourself paying much less for the Maxx. Our Maxx LS test model, with lots of standard amenities including the 3.5-liter V-6 engine and four-speed automatic transmission, carried a base price of $21,400 (plus $590 freight), whereas a similarly equipped Highlander starts at just above $25,000.

Both vehicles are build on the chassis of their respective sedan counterparts — the Maxx on the Malibu and the Highlander on the Camry — so both have the same carlike roadhandling and power. Of course, the Highlander and other such crossovers sit up a bit higher than the Maxx does, but not enough perhaps to justify all of the extra expense for the initial purchase and higher gasoline usage.

The Maxx, like the Malibu sedan, seems to be very well built, with all of the conveniences of a modern family sedan or crossover SUV — including comfy seats, a roomy cabin with good leg room, lots of cupholders, and even such safety features as antilock brakes, traction control, daytime running lights and advanced air bags.

Speaking of safety, the Malibu with the optional side air bags that were included on our vehicle ($1,270 in a preferred-equipment group) was one of the few new sedans on the market to get a top rating of “good” and the designation of a “best buy” from the Insurance Institute for Automotive Safety on the basis of its crash-test results. For many of us who buy cars in this class, safety is the most important factor because we frequently have our little ones on board.

I get lots of calls and email from people seeking advice on their next car purchases, and besides safety, most are concerned about quality and dependability, as well as depreciation and eventual resale value, particularly if they are the kind of consumers who trade cars every two or three years.

Depreciation is a valid concern. Cars from U.S. automakers generally depreciate much faster than Japanese cars do, and while I can’t tell you that the Malibu will be any different, I believe that GM’s efforts to build a better vehicle and to limit its sales to large fleets such as rental-car agencies will help hold up resale values.

I do believe that the Malibu and its new sibling in the Pontiac lineup, the G6, are the best midsize car in their class that GM has produced in recent years. I would consider either one if I were in the market for a midsize family car and was thinking also about a Camry or Accord.

But for those of you needing a sedanlike vehicle with the utility of a midsize SUV, the Maxx might be just about the best choice out there for the money. It’s similar in shape to the gawky Pontiac Aztek, but much smarter-looking.

As with the Aztek, there is no third row of seating available, so if you need room for more than five people, a three-seat SUV such as the Highlander or Honda Pilot might be your answer.

Personally, I’m rooting for GM to succeed with these latest midsize car offerings, and the Maxx would be tempting to me if I were in the market for such a vehicle.

Built on GM’s new German-engineered Epsilon vehicle architecture, the Malibu was the first in a series of U.S.-built cars from GM aimed at the Japanese. The Epsilon platform also is the basis for the highly acclaimed Saab 9-3 sport sedan, and for the newest German Opel Vectra.

The Malibu sedan comes in a base model with a 2-2-liter four-cylinder engine, but to get the V-6, you have to upgrade to the midlevel LS or top-of-the-line LT versions. The Maxx, though, comes only in LS and LT trim levels, with the V-6 engine, rated at 200-horsepower and 220 foot-pounds of torque. No manual gearbox is offered; all have the four-speed automatic.

Total sticker on our car was $25,250, including freight. That’s about $5,000 less than a comparably equipped Highlander, for instance. But with rebates and discounts, you’ll probably be able to buy the Maxx for much less than the sticker (for now, GM is offering its employee discount on most of its vehicles).

With the standard 60/40 split/folding rear seat and fold-flat front passenger seat, the Maxx can be a cavernous cargo carrier.

Five adults can sit comfortably in the car, especially if those riding up front don’t have to push their seats all the way back. That can avoided even with big people by using the adjustable brake and accelerator pedal system.

The Malibu was the first in its class to offer a factory-installed remote vehicle starter system. With this, you can start the car from up to 200 feet away and let the air conditioner begin cooling it down a few minutes before you have to get in.

To make it more quiet than before, it has a cast foam-rubber barrier covering the dash; a modular noise-dampening plate in the dash; a compression-molded fiberglass-composite hood insulator; and front and rear glove-fit carpet floor modules.

While styling isn’t overly dramatic — that doesn’t seem to sell well in the midsize class, as Ford found out with the ’96 Taurus — the Malibu seems to have a few more-interesting touches than the largely boring Camry and Accord.

The cockpit and instrument panel are well-laid-out, with large, easy-to-read gauges and an apparent attention to detail that has been lacking in GM cars of the recent past. My only complaint was with the air-conditioning ducts in the dash, which are difficult to adjust to keep the cold air from blowing directly onto the driver or front passenger.

The tank holds 16.6 gallons of fuel, and unleaded regular is recommended.

At a Glance: 2005 Chevrolet Malibu Maxx

Highlights: Introduced in 2004, this is the wagon version of Chevy’s newest midsize sedan. The new Malibu is based on the same chassis architecture as the Saab 9-3 sport sedan, and features a roomier interior and better performance than the previous Malibu. The hatchback/wagon configuration allows for more cargo-carrying capabilities, similar to that of a midsize SUV but with much better fuel economy.

All prices shown are manufacturer’s suggested retail; actual selling price may vary due to manufacturer and/or dealer rebates, incentives and discounts.

January 1, 2021
By Maxxxx from Oklahoma
Owns this car

This car I must say.. is not at all cute to me.. But overall I love it and don’t let this little thang fool you it got power and very good on gas v6 is what I have... back seats recline like front seats more room then you think.

August 8, 2020
By Gordy from Forestville, NY
Owns this car

I bought this car used. I also bought the warranty with it. I wasn't happy with the dealer. The warranty covered all the repairs that the dealer should have made, but since then the car has been trouble free for the past ten years. Comfortable, easy to drive, excellent driver seat adjustment, great for hauling with the fold down rear seat, plenty of power. The only down side would be rear visibility due to the hatch back configuration.

I've had this car for 4 years and the mileage is good. Seats could be worse, movable backseat which is something you don't usually see. Drives great, low maintenance, not a lot of problems in my experience. 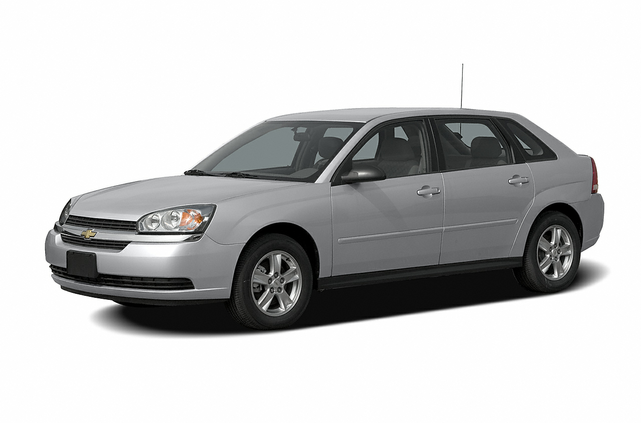 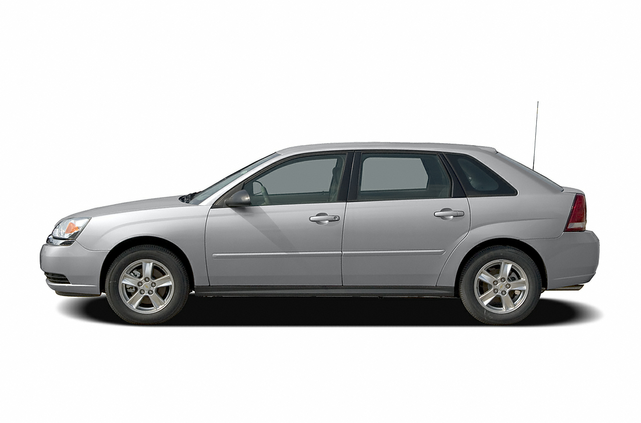 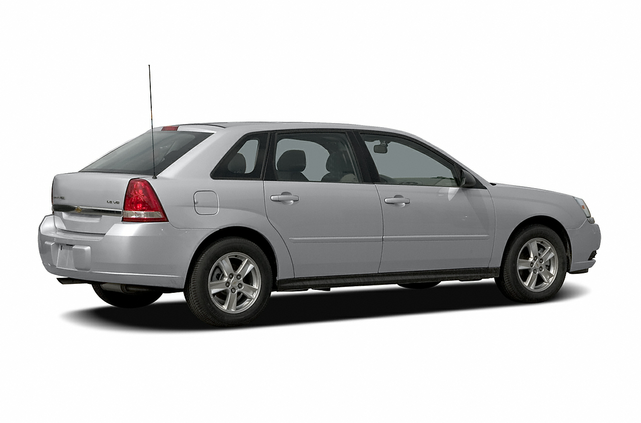 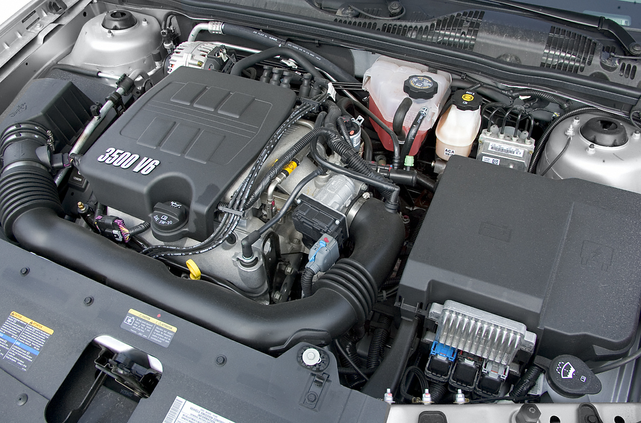 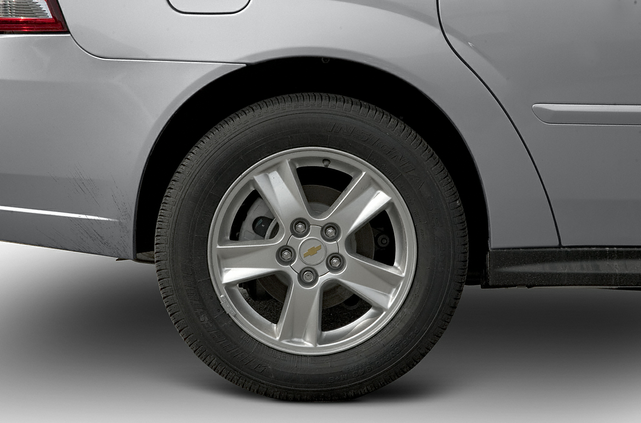 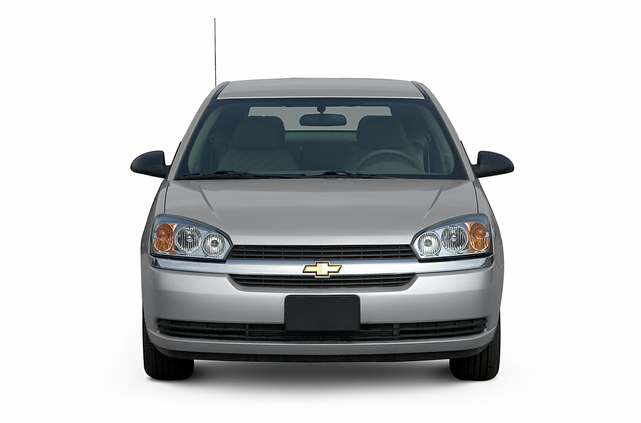 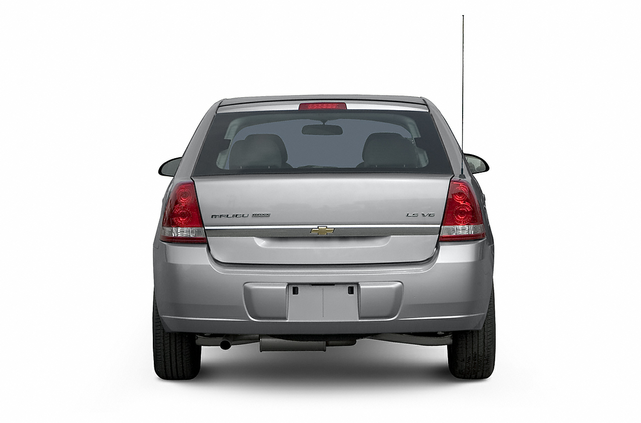 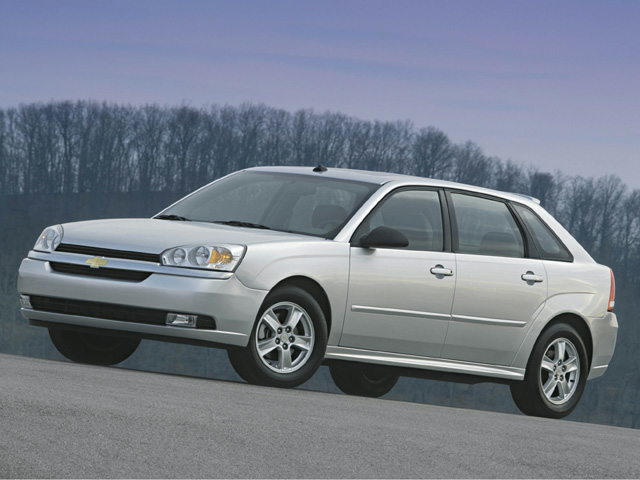 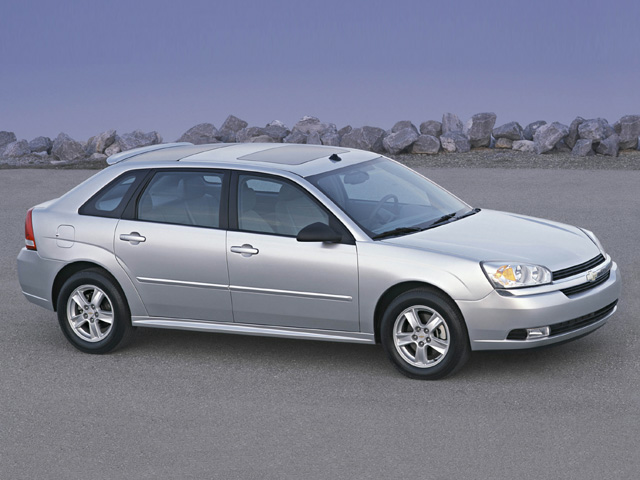 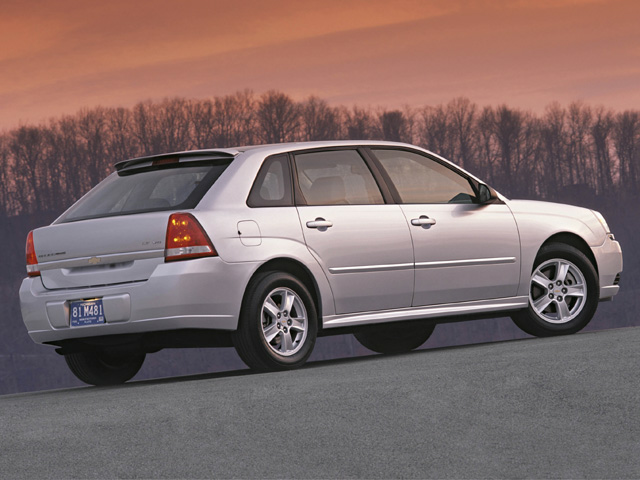 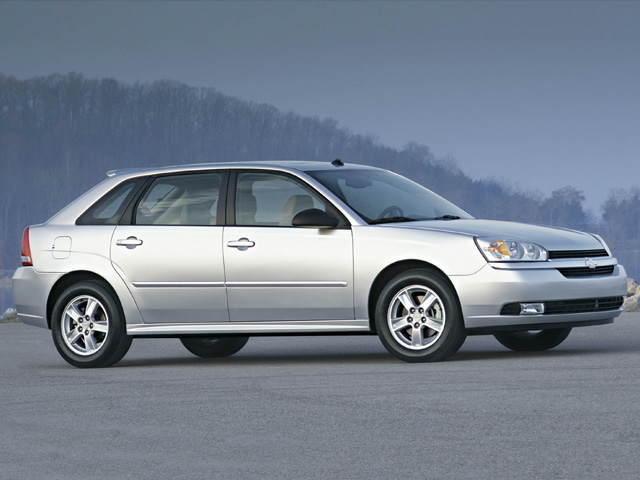 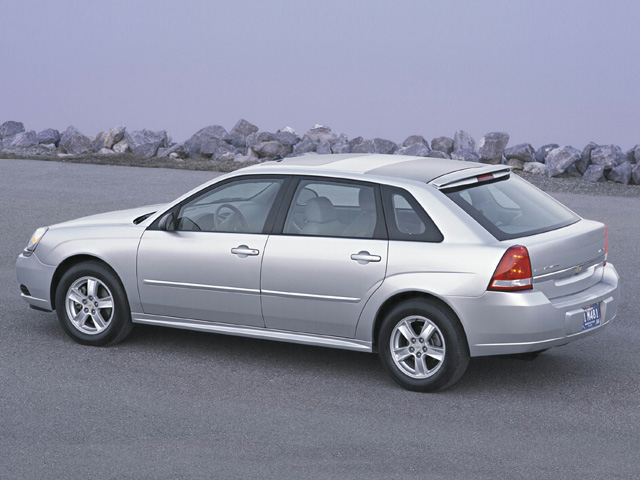 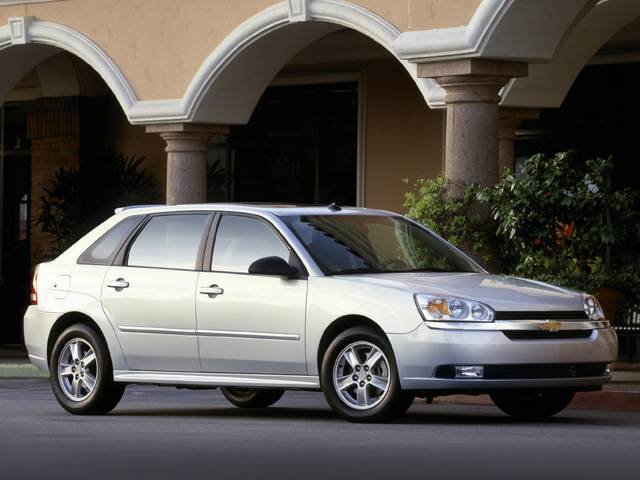 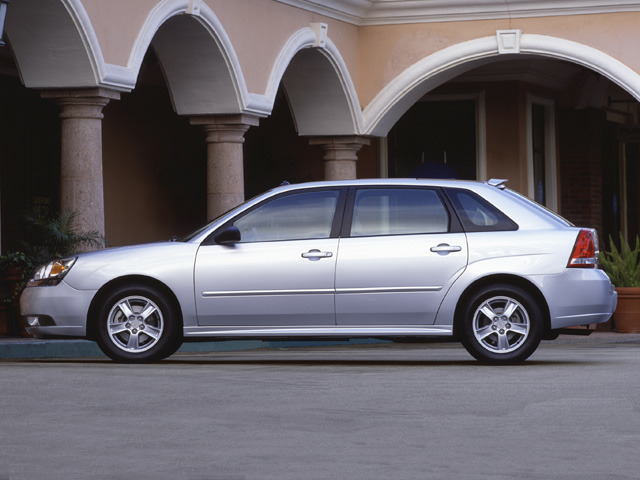 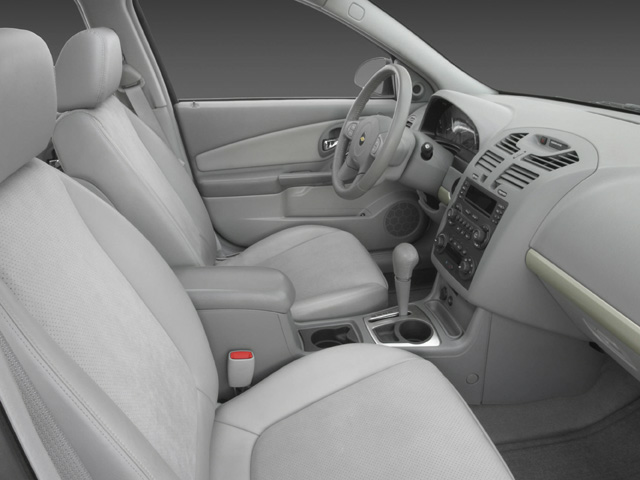 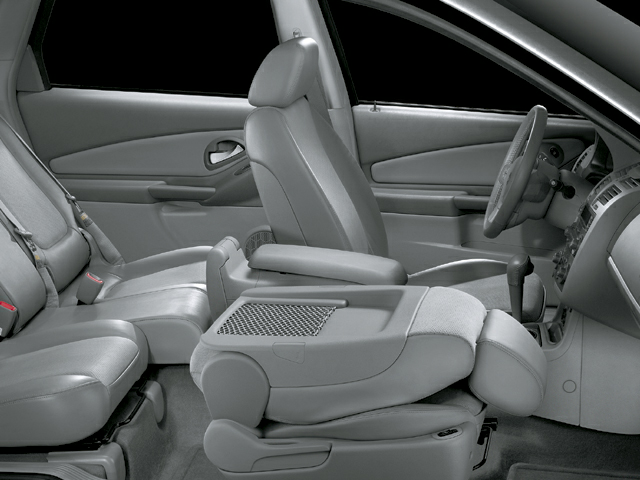 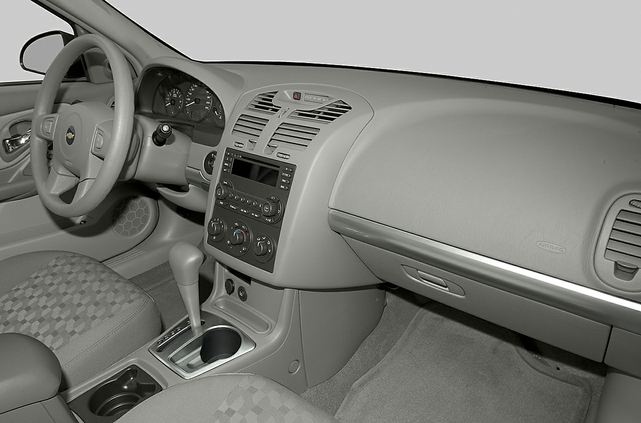 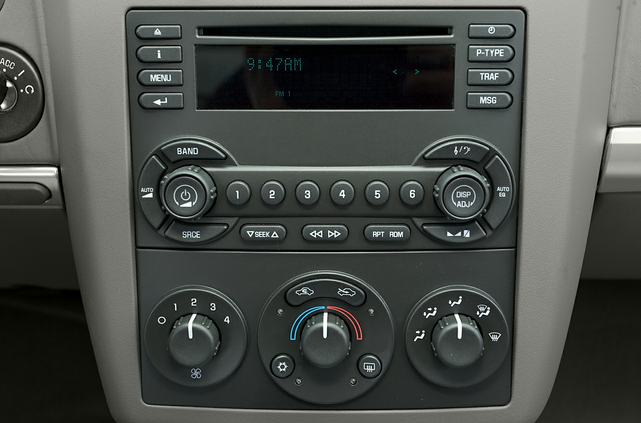 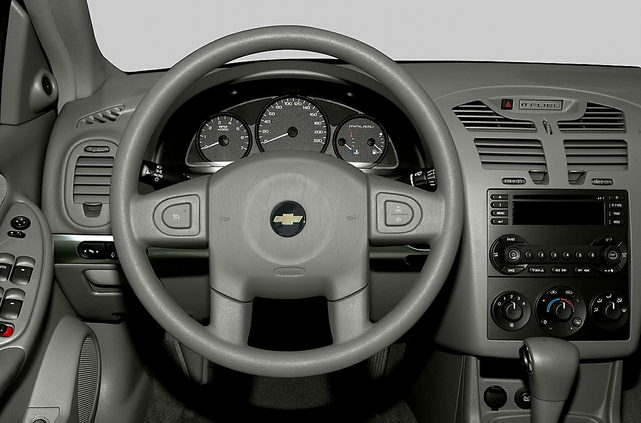 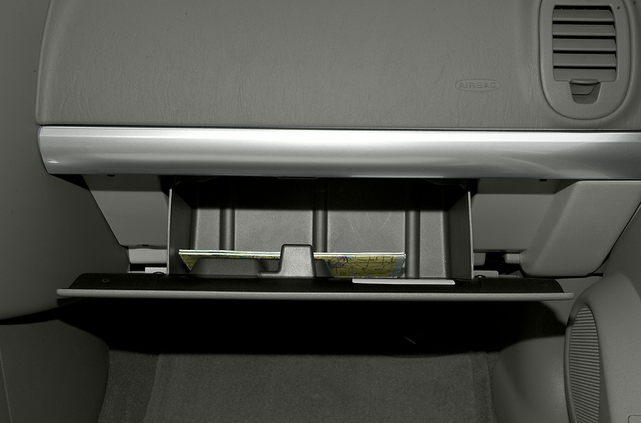 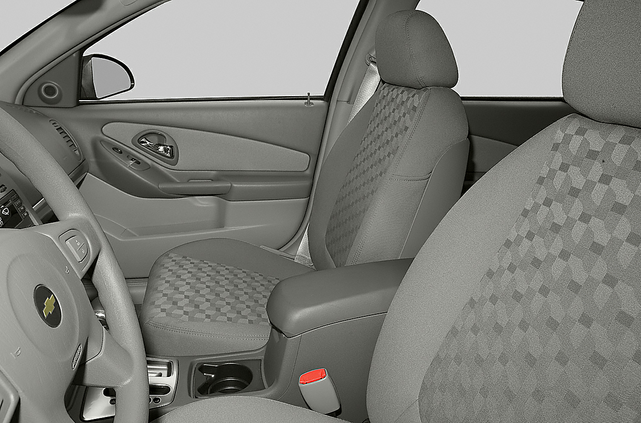 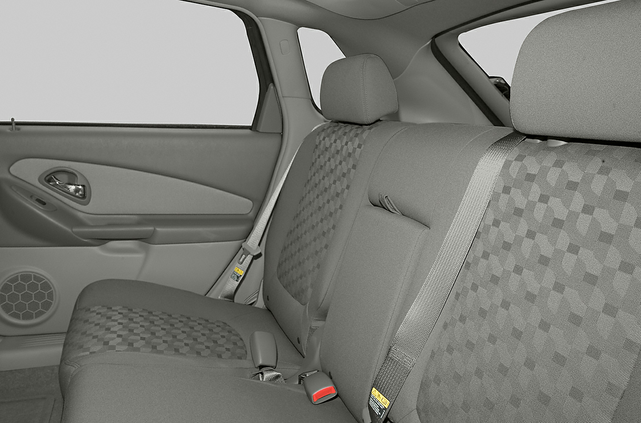 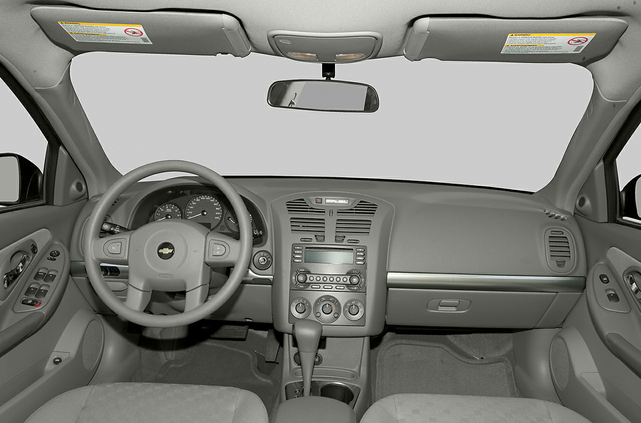 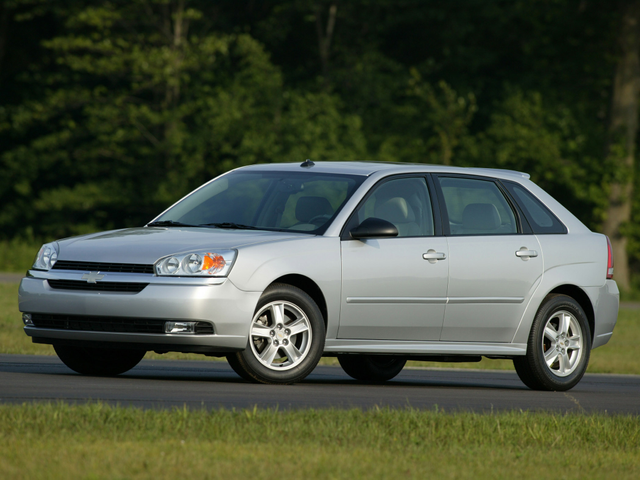