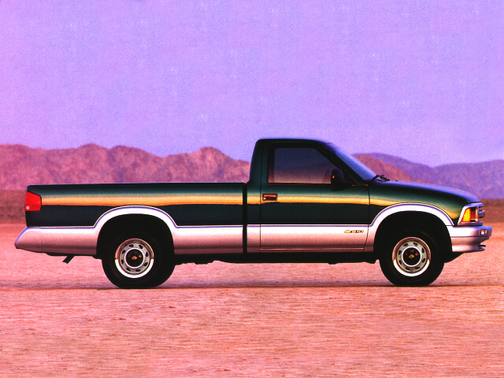 Our 1997 Chevrolet S-10 trim comparison will help you decide.

SOUTH PADRE ISLAND, Tex.-Electric vehicles could work on this tropical tip of Texas. The year-round temperature is right, averaging about 76 degrees Fahrenheit. Commuting is a cinch — five miles of road from the top to the bottom of the town proper, and the island is 2.5 miles across at its widest point.

Assuming you had business in Port Isabel, which lies two miles west of the Queen Isabella Causeway, you could make the round trip in an electric vehicle with little or no hassle.

Also, the civic attitude in these parts is perfect for battery-car advocates. Seems as if everyone, from shrimpers to the managers of recreational vehicle parks, is into the environment in a big way.

But electric vehicles in the Washington area, where I tested the 1997 Chevrolet S10 Electric pickup? Getoutta here! As presently constituted, electric vehicles are of little use for the long commutes, high speeds, heavy traffic and whimsical weather of a metropolitan environment such as the District and its suburbs.

A week in the S10 Electric proved that much.

Background: Electric vehicles aren’t new. They were among the first vehicles on the world’s roads. But they didn’t make it then for the same reason they’re having a hard time making it now: lousy travel range.

That is why General Motors is marketing the S10 Electric as a fleet truck to be used on dedicated, short-distance routes. But here’s betting that, even in such a limited application, the S10 Electric will find itself parked more often than conventional, gasoline-powered trucks. It isn’t hard to figure why.

With its advanced lead-acid battery pack, the S10 Electric is designed to run at least 50 miles between charges at a constant speed of 45 miles per hour, carrying two occupants weighing a total of 322 pounds.

But it takes little to upset the S10 Electric’s range calculation, as demonstrated by three trips between Arlington and the District, including one uninterrupted 18-mile round trip and two more nine-mile commutes at the beginning and end of a business day.

The round-trip run was at midnight — mild temperatures, light traffic — at speeds ranging from 20 miles per hour to 55 mph. The result:53 percent of the S10 Electric’s battery power was discharged.

The first nine-mile, workday commute was in morning rush hour — temperature in the mid-eighties, heavy traffic, lots of stop-and-go — with a speed range matching the midnight run. Result: Nearly 65 percent of S10 Electric’s battery power discharged. The second nine-mile commute the same day in lighter, late-evening traffic and mild temperatures nearly wiped out what was left of the battery charge.

The midnight run included one 180-pound occupant and another weighing 110 pounds. The business day commutes involved only the 180-pound driver and an 11-pound briefcase. None of the commutes involved the use of the S10 Electric’s available sound system or air conditioner.

The S10 Electric is equipped with Delphi Energy Systems’ 85-kilowatt, three-phase, liquid-cooled AC (alternating current) motor, which produces the gasoline engine equivalent of 114 horsepower. Using Delphi’s Magne Charge inductive charging system, the motor’s batteries can be recharged in 2.5 hours (going from a 15 percent to a 95 percent state of charge) at 70 degrees Fahrenheit.

The Delphi charging system is remarkably fast, as electric vehicle charging systems go. But the S10 Electric’s travel range will do little to move this truck from heavily subsidized fleet sales to retail marketplaces in the urban Northeast and Midwest.

Complaint: Travel range that can vary widely with temperature and traffic levels; a real-world drive to work can drain the battery in a big hurry, even without running the air conditioner or using the radio.

Praise: Electric vehicles have a real market opportunity in places such as Texas’s South Padre Island. Electric-powered bikes, scoote rs and two-seaters already are being used as getaway vehicles in a variety of recreational vehicle parks. People want them here and in other leisure environments.

Ride, acceleration and handling: Bad ride. Battery weight on light suspension makes the truck bounce and bottom like crazy on bumpy streets. Acceleration is 0 mph to 60 mph in 13.5 seconds — something akin to eternity in auto speed terms. Handling is affected by an overloaded, squiggly feeling, largely because of the weight of the underbody batteries. Braking is nothing to cheer — 182.2 feet from 60 mph to 0 mph ondry roads; substantially longer on wet roads and in panic braking.

Price: A regular, base S10 pickup will run about $12,000. The electric version costs about $20,000, not including the cost of the Magne Charge inductive charging system, which runs about $2,100.

Purse-strings note: It’s gasoline, until somebody comes up with a battery-powered vehicle that offers comparable range, speed, reliability and utility at a gasoline-powered price.

First car I’ve ever owned and I love it

It’s a great truck, mine is RWD with v6 vortec engine and runs great. I wrecked it a bit ago and it still runs fine after the repair, the jack and tire iron are in an easily accessible place in the extended cab version.

Rating breakdown (out of 5):
2 people out of 2 found this review helpful. Did you?
Show full review
3.7

September 6, 2017
By S10Queen from Sarasota
Owns this car

This truck was handed down to me from my father with under 60k Miles. The v6 4.3 L engine is very good. Very reliable, has never left me stranded. the interior is a little dated but hey it's a 97'.

The best truck for the money I've ever owned!

I bought this truck used and loved it the entire time I owned it. It is a little small in interior but the 4.3 liter V6 has provided enough power for me every single time! I owned this mini truck for over 7 years and it was the most dependable vehicle I've ever owned! Perfect for short commuting if you have to haul things! Even got over 20 miles to the gallon! 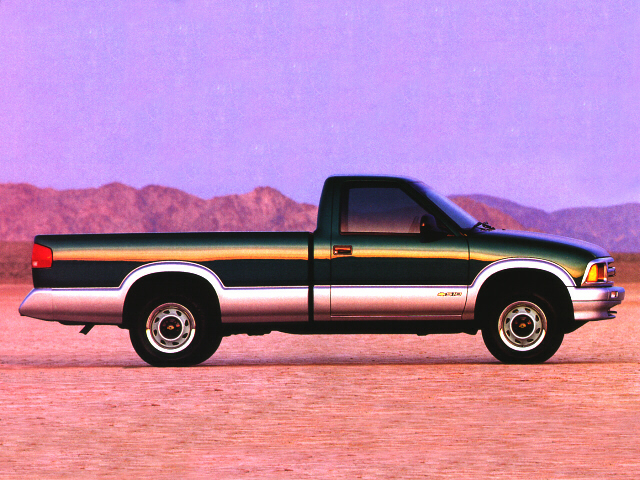 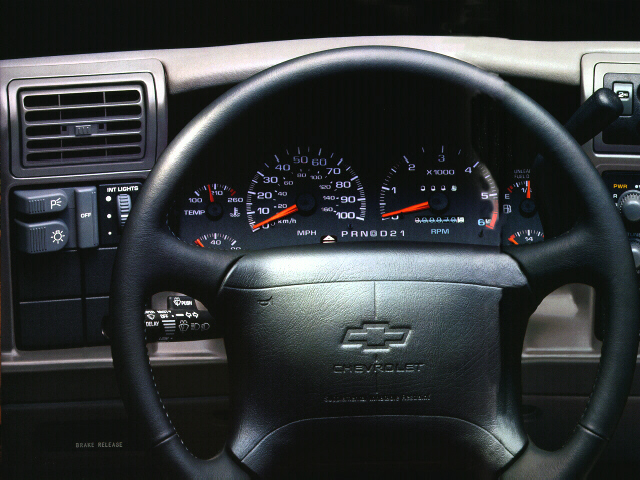 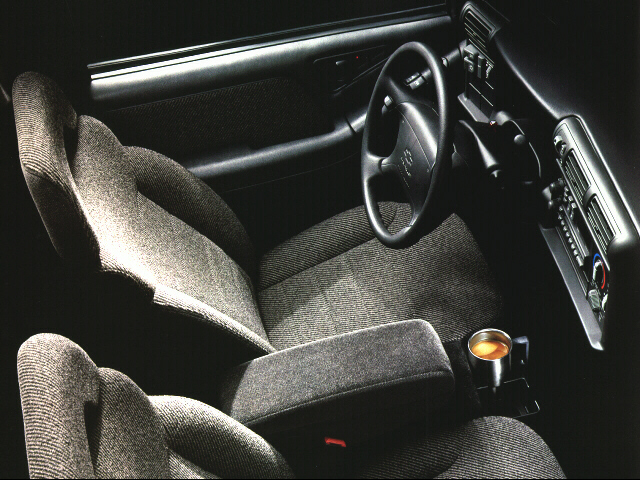