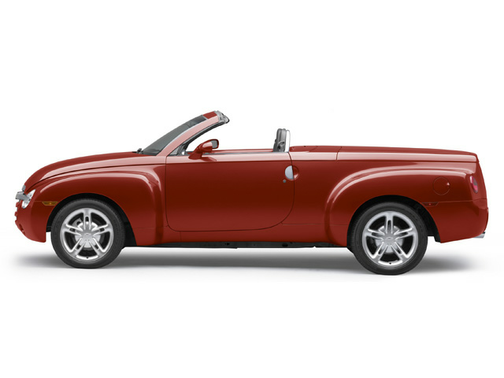 Our 2003 Chevrolet SSR trim comparison will help you decide.

RENO — At Hot August Nights, this biggest little city’s weeklong tribute to the cars and music of the ’50s and ’60s, the new Chevrolet SSR faced its greatest test.

Would this production roadster-pickup with a retractable hardtop roof be accepted by the crowd that drove the real things, lovingly restored Bel Airs and T-Birds and the like?

In a word, yes. Thumbs were instantly raised. Dozens of video cameras turned away from Pontiac Skychiefs and Chrysler 300s and shot footage of the bright purple SSR instead.

At truck stops, casinos, gas stations and restaurants, the questions came rapid fire: What is it? How much is it? Where can I buy it? Is that a real car?

I could have sold 200 of them that day, as the appeal of the SSR (Super Sport Roadster) crossed generations and ethnic groups and reached both men and women.

Here, finally, was a cool vehicle from Chevy, from General Motors. It has been a long, long time coming.

It goes on sale in September.

It’s a niche vehicle, to be sure. It’s a two-seater truck with a smallish cargo box. It doesn’t come with a stick shift or four-wheel drive.

But it’s a head-turner, and that’s really the point of the SSR.

The SSR’s smooth, round exterior makes it very appealing. Nice touches abound, like a metallic door handle and the big, gold Chevy bow-tie symbol that centers a long metallic accent piece that runs from headlight to headlight. Gorgeous wheels and wide, exaggerated fenders contribute to the nifty look.

Top up, it’s a pure ’50s pickup. Chevy says inspiration came from its ’47-’53 pickups, although a friend rightly points out that he sees early ’50s Studebaker pickups in the design, too.

Top down, it’s an oddly appealing roadster with its sharply raked windshield, seats backed by roll bars and a high rear end that covers the cargo bed.

The platform of the rear-wheel-drive SSR is truck-based, as it comes from the TrailBlazer SUV. But the SSR is such a different machine that it’s hard to see much similarity between it and a midsize sport-utility.

Power comes from a 5.3-liter V-8 that makes 300 horsepower. Chevy reports a zero to 60 mph time of 7.6 seconds. A four-speed automatic transmission is the only choice — a manual shifter isn’t offered.

Acceleration is brisk, but not Corvette fast. The great exhaust note of the rumbling V-8 is the best part about hitting the gas pedal. Handling is solid. Huge tires — 19-inchers in front and 20-inchers in back — give the vehicle presence and lots of road-holding ability. Fuel economy — 15 mpg in the city and 19 mpg on the highway — isn’t very good, but there’s a big gas tank.

The interior of the SSR is als o very nice, thanks to intelligent use of metallic trim. The shifter and its cover plate are shiny, and there’s a strip of metal that runs across the entire front of the dashboard. The four-spoke steering wheel gets the same treatment, too.

The bucket seats are extremely comfortable, especially when the four-hour trip up to Reno became a distant memory during the 7.5-hour ride home. (I will vote for any gubernatorial candidate who pledges to solve that Sunday afternoon/evening mess on I-80 around Fairfield and Vacaville.)

The top operates with the push of one button — there are no latches to open or close — and does its business in about 25 seconds. And, just like one of the 1957 Ford Fairlane Skyliners at Hot August Nights, it’s part of the show with this car.

Our SSR was one of the first 25 produced (No. 22) that Chevy is calling Signature Series models. They get special purple paint, special badging (including the signatures of two folks who worked to make the truck) and a bit more.

Red, yellow and black are the color choices this year. Silver and purple will be added for the 2004 models.

Unfortunately, the SSR that I drove wasn’t perfect. In fact, with the top up, it had some major problems.

Wind noise was atrocious. I checked — repeatedly — to make sure I hadn’t left the driver’s side window open an inch or two. It was that noisy. Something about the window seal, or the roof above it, just didn’t fit very well at all.

In the rear, the cover over the cargo box didn’t fit that well, either. I finally figured out that I needed to lower the tailgate, then slam shut the tonneau cover and then close the tailgate to get a better seal.

The other big problem was what’s called cowl shake. All convertibles have it because they’re just not as structurally sound as a car with an attached roof. But, in recent years especially, engineers have been able to reinforce convertibles so that the shake, or quiver, when the cars go over railroad tracks or into and out of potholes, is less noticeable.

Unfortunately, that wasn’t the case with the SSR. Every bump, every patched piece of highway, produced a noticeable shake, and a second or two of squeaking. It reminded me of another GM car, an early ’90s Camaro convertible, and that’s not a good thing.

Finally, some minor nits. The glove-box door didn’t open very well, and neither did the small console storage box. Three tiny gauges — measuring volts, instantaneous fuel consumption and transmission oil temperature — are done up in satin chrome, but they’re so far underneath the dashboard that they were difficult to see. And the hood-release latch is positioned so that I pulled it with my shoe, and opened the hood, about a dozen times in a week.

The wind problem, obviously, disappeared when I took the top down. And, because you hear so much more outside noise when the top is down, the cowl shake wasn’t as annoying either.

Still, a buyer who is going to pay $42,000 — and likely more than that until supply meets demand — for an SSR will be expecting a better-quality product. And it’s equally surprising that some of GM’s premium offerings, such as the OnStar safety/concierge service, isn’t even offered on the SSR.

Still, the SSR represents a milestone for Chevy. It’s what GM President Bob Lutz — and he should know as the man who helped make the Prowler, Viper and PT Cruiser into realities while he worked at Chrysler — calls a “gotta-have” product.

Now, GM has to do its part: gotta-build-them-better.

December 10, 2020
By Carlover from Indiana
Owns this car

This car is wonderful and fun. If u like to go fast then this is the car for you. This is a great collectors car as well. Enjoy!

September 2, 2020
By MindyG from Bellevue
Owns this car

My husband LOVED driving this truck. He turned heads wherever he went. When I take it out, people always ask about it, because it's just so cool looking! And when you turn the engine over, it purrs loudly and contentedly. It has plenty of power, which you can hear. It's a comfortable, great running, great looking truck!

This car was my husband's pride and joy, and driving it was his passion. It was so much fun to see how much he enjoyed it, and when he saw other guys driving the same model car, they always waived to each other. Driving with the roof open is so much fun! And the throaty noise the car makes fits the style perfectly. It sounds like the Corvette engine that it is!

All model years for the Chevrolet SSR 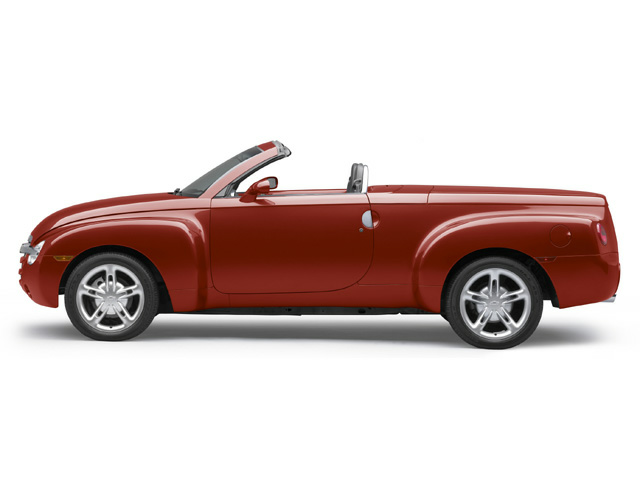 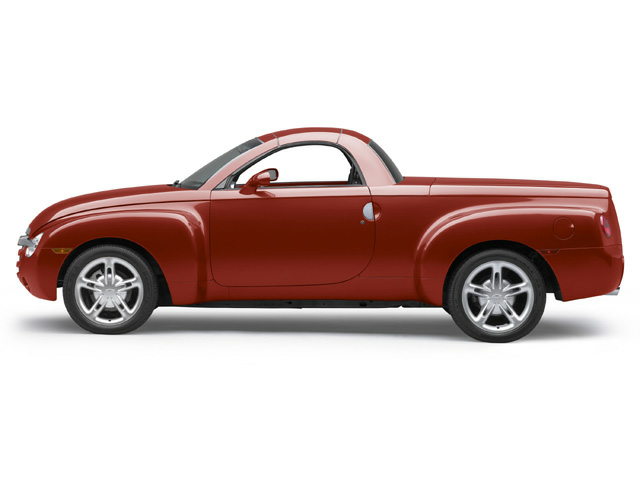 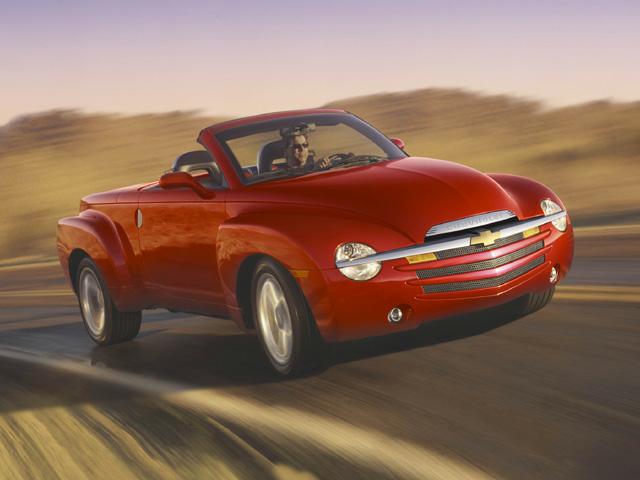 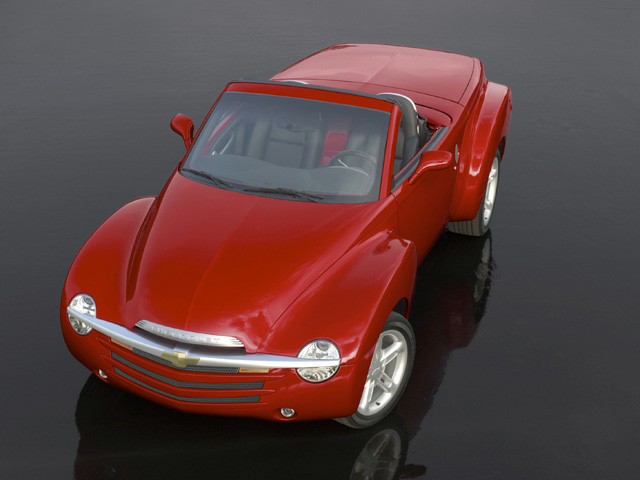 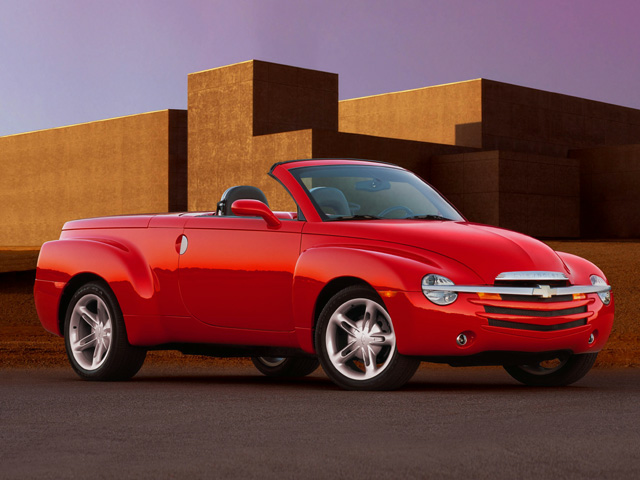 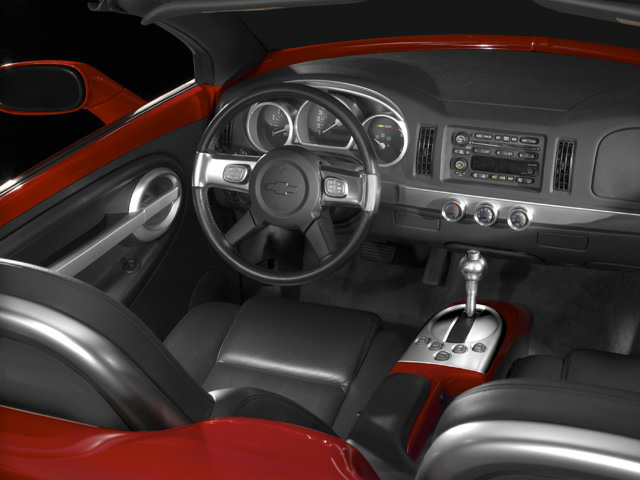