Our 2001 Chevrolet Tracker trim comparison will help you decide.

What looks like a sport-utility vehicle on a balmy day behaves a lot like an ordinary station wagon in the snow.

That’s the lesson from a week in the 2001 Chevrolet Tracker LT, a two-wheel-drive crossover model competing in the mini-sport-utility market.

A crossover vehicle attempts to bridge the perceived gap between a car and a truck — providing a car’s generally smoother ride and handling, some of a truck’s utility and the appearance of all of a truck’s ruggedness.

Popular crossover models include the Ford Escape, Honda CR-V, Mazda Tribute and Toyota RAV4. They are good conveyances for urban hauling, such as carrying bulky loads in congested areas. In the mid-Atlantic region and the South, where snowstorms aren’t the norm, it makes sense to buy those models with two-wheel drive instead of the available four-wheel-drive or all-wheel-drive systems.

That is, it makes sense until “normal” weather turns “abnormal,” leaving you with a sudden, pervasive sense of vulnerability. That is what happened on a recent trip through northern Maryland.

I should’ve paid closer attention to the weather reports. Snow was supposed to fall on the District of Columbia. It didn’t. I seized the moment and hit the road moving north, where snow — lots of it — fell instead.

Very quickly, the two-wheel-drive Tracker LT (in which the rear wheels get the power) reminded me that it lacked lockable front hubs for four-wheel-drive traction and that it had no ability to apportion power, to automatically transfer power from gripping to slipping wheels, as would be the case with all-wheel drive.

The rear end slipped — not badly, but just enough to get me to slow down. I was grateful for the warning, but my resulting behavior frustrated drivers behind me. Many motorists believe snow means “Go faster!” They have little patience for people in supposed sport-utility vehicles who choose that moment to go slow.

But in better weather and on drier roads, the 2001 Tracker LT held its own. Under those circumstances, the little sport-ute was discernibly better than earlier Trackers, with their standard 1.6-liter four-cylinder engine. That 90-horsepower engine was adequate for short, urban commutes without cargo or passengers. But on the highway, and under loads, it was a slouch.

The new Tracker LT comes with a 16-valve, two-liter four-cylinder that develops 127 horsepower at 6,000 revolutions per minute and 134 pound-feet of torque at 3,000 rpm. That engine revs nicely — producing more-than-adequate power without much noise. That’s saying something, considering that the Tracker is more like a truck than its rival mini-utility vehicles, which have car-type unibody construction.

By comparison, the new Tracker LT is built on a traditional, rigid truck frame. That means in four-wheel drive — with skid plates underneath its engine, fuel tank and transfer case — the Tracker would be a better bet off road than, say, the Honda CR-V.

But genuine off-road enthusiasts are a distinct minority in the sport-utility world, which is one of several reasons that market is breaking up into myriad sub-segments. For example, the true marketing intent of the two-wheel-drive Tracker LT is to capture “young adult” buyers — that is, young couples with jobs, apartments and homes — who are psychologically unable to commit to minivans or station wagons.

It’s a form of motorized escapism that works — until it snows.

01 Chevy Tracker is a good value for an SUV

The (99-04 ) 4 cyl Tracker is a reliable small SUV that does not need lots of expensive work. 2 things to watch for (if you plan to buy one) is Rust on the lower side running boards.. typical for many of them. and Idle that drifts up and down (500/900rpms) when sitting in drive at a stop light. But, with those 2 things in mind.. I loved my tracker... with good snow type tires... it goes like a tank in winter snow. MTC in Illinois

July 23, 2012
By Chevy Tracker from Kansas City
Owns this car

May 7, 2010
By tracker backer from minneapolis mn
Owns this car

My wife and I both owened the 2 door Trackers. They're super fun to drive because of the height and have great visibility. But, we were rear-ended on a freeway and knocked into the ditch area between the north bound and south bound traffic. We rolled over twice and ended up crawling out through the windshield. The problem is the weelbase isn't long enough to make it a stable vehicle. We wish Chevy would have just re- designed it safer and made some other design improvements. If you get one... Please Buckle UP!

Rating breakdown (out of 5):
0 people out of 1 found this review helpful. Did you?
Show full review
See all 5 consumer reviews 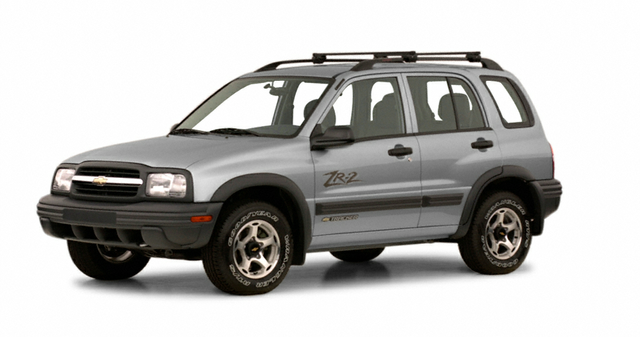 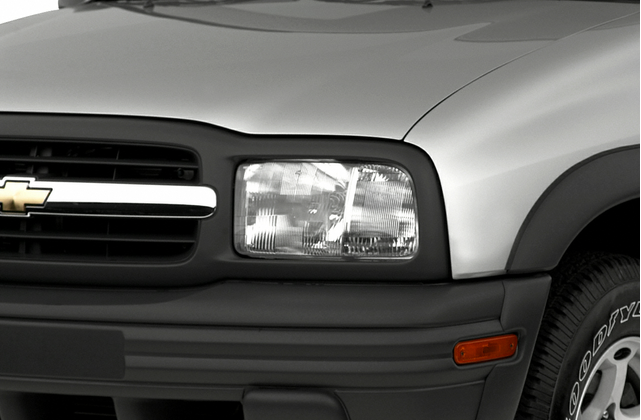 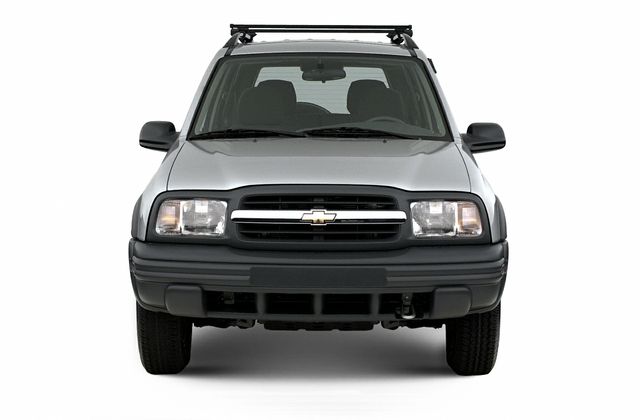 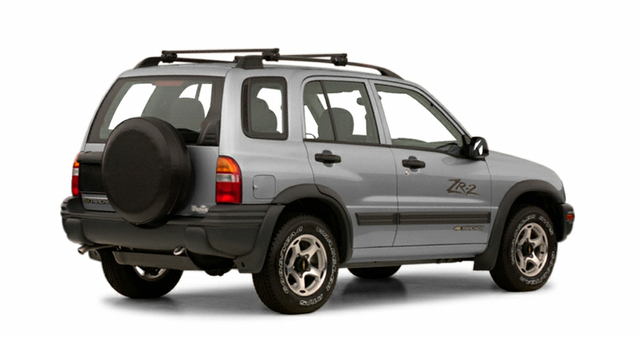 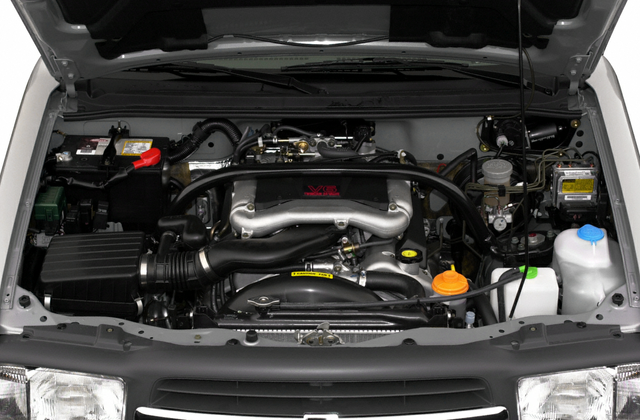 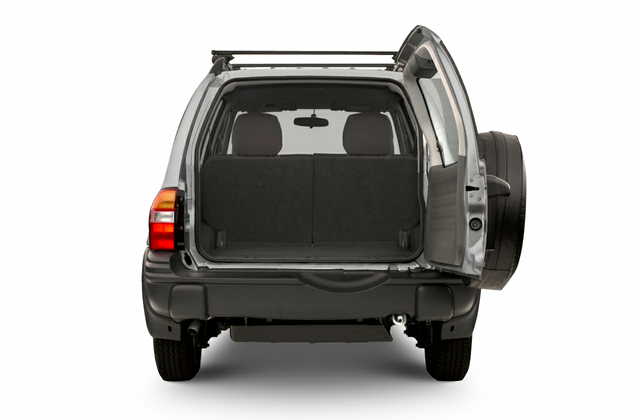 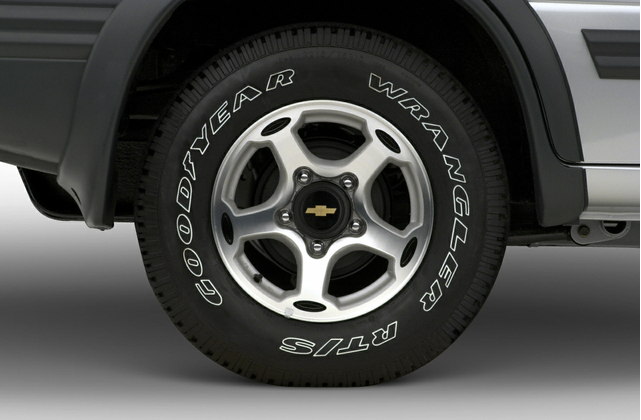 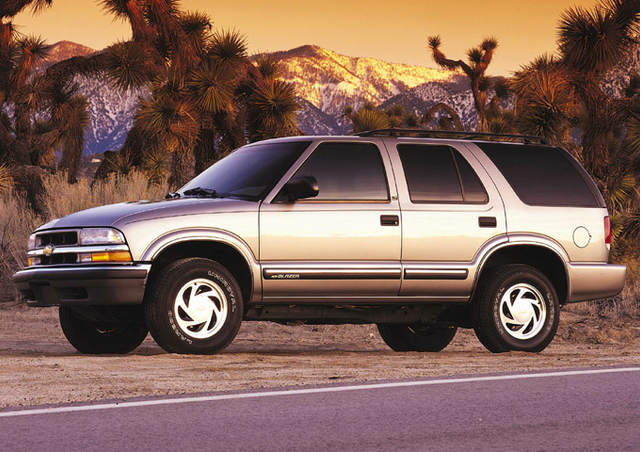 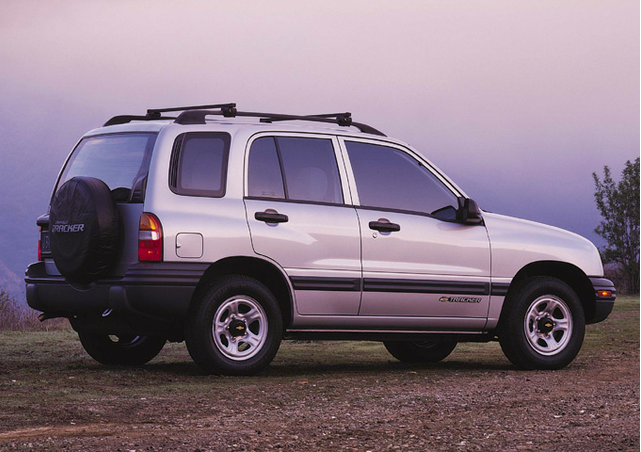 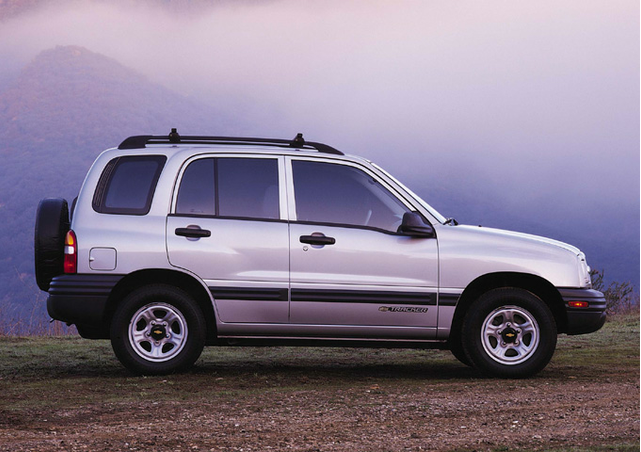 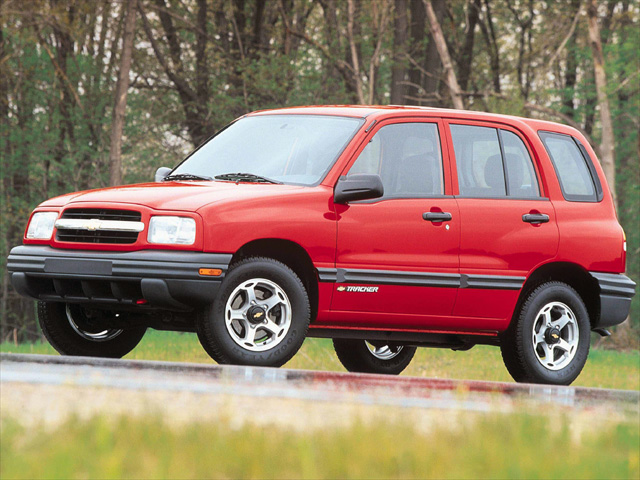 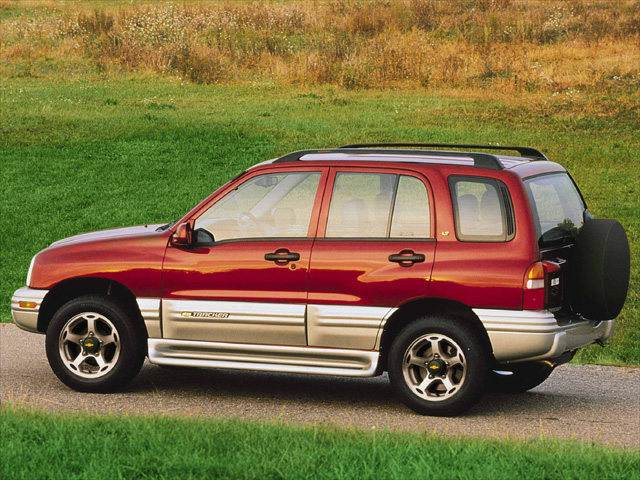 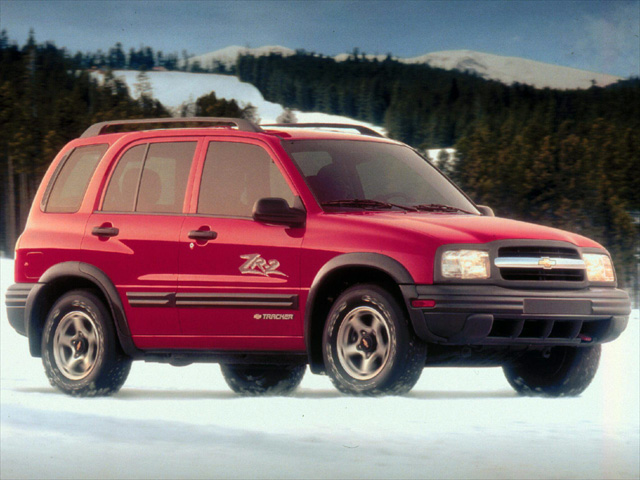 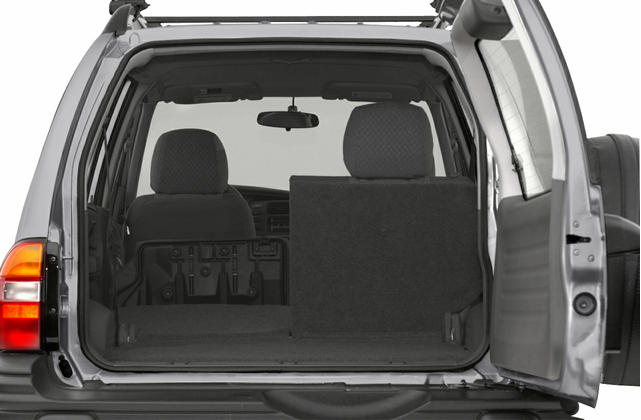 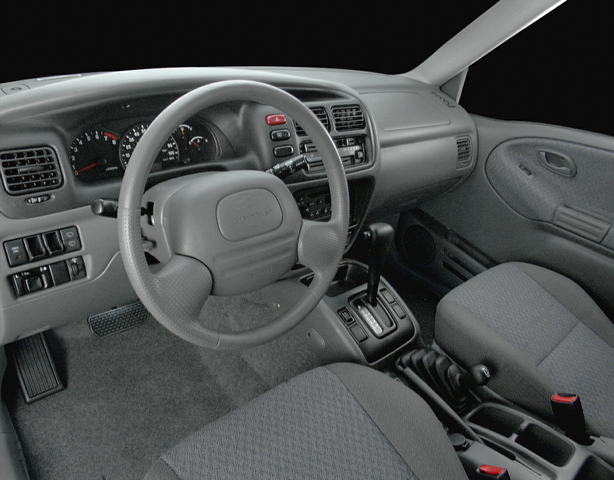 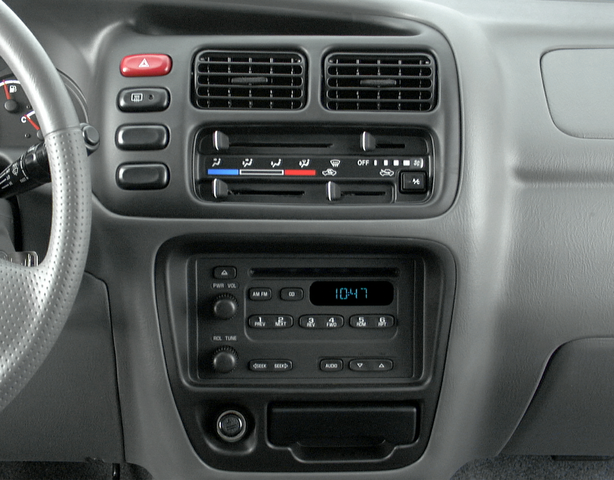 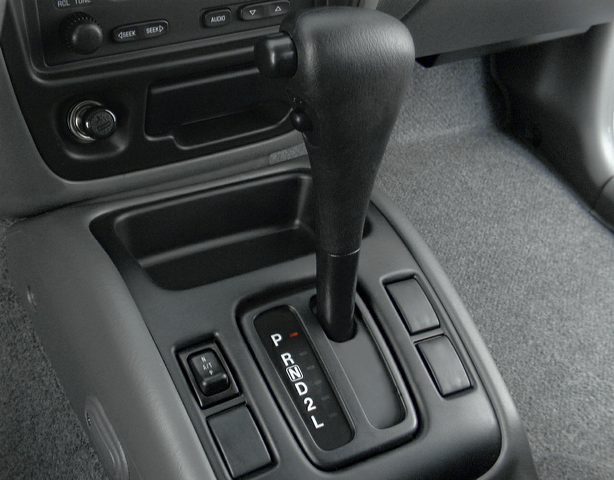 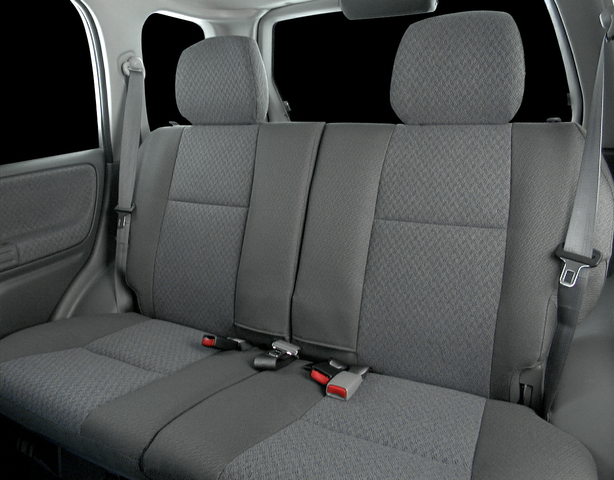 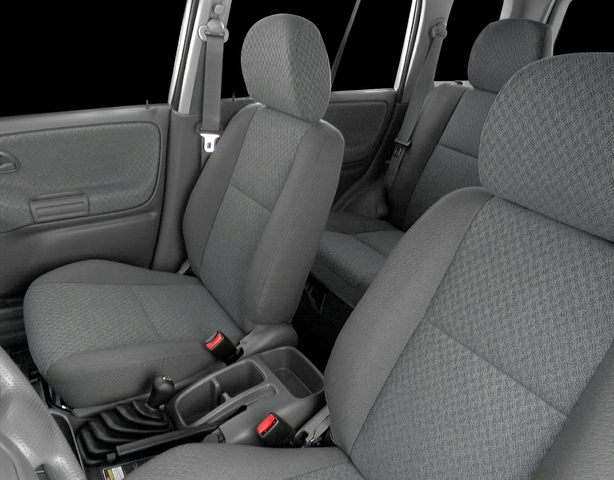 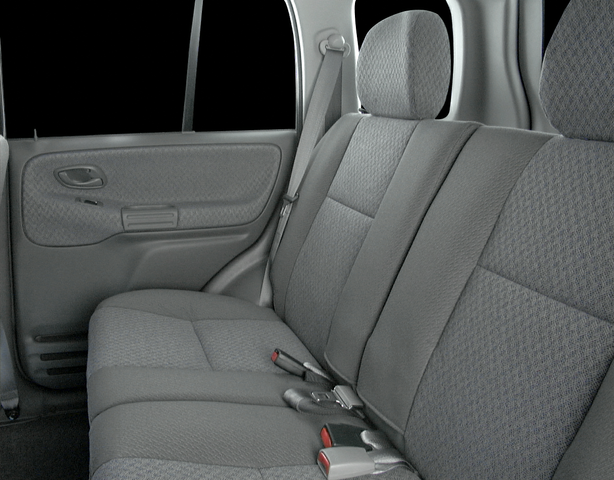