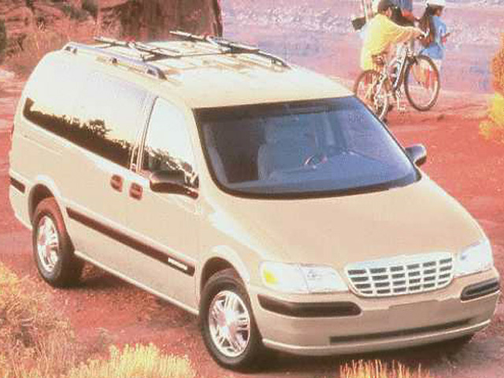 Our 1999 Chevrolet Venture trim comparison will help you decide.

Like most things in life, choosing between a regular-wheelbase and extended-wheelbase minivan is fraught with tradeoffs.

The shorter, regular-wheelbase model is a bit cheaper, more maneuverable, easier to park and usually more carlike in the corners.

The longer, extended-wheelbase version counters those assorted face cards with an ace in the hole: utility.

The extended-wheelbase Chevrolet Venture I drove recently is a case in point. The extended model’s extra 14 inches of length raises its interior volume (with the second and third rows of seats removed) to 155.9 cubic feet, which is a significant 29.3 cubic feet more than you get with the regular model.

Since most minivan owners keep those backseats in to haul folks instead of stuff, it’s probably more meaningful to put the difference this way: When you put a third row of seats into a regular minivan, the cargo area behind the last row virtually disappears. But with an extended van such as the Venture I tested, you still have a nice storage compartment back there.

That difference can be crucial to a couple who want to take several kids on vacation.

Certainly, the handsome extended-wheelbase Venture is a good choice for hauling folks and stuff. Redesigned in 1997 and blessed with some important upgrades since, the Venture is a comfortable, quiet and exceptionally safe minivan. Standard safety gear includes side air bags for the driver and front-seat passenger, daytime running lights with an automatic control that turns on the regular headlights at night, seat-belt pretensioners and four-wheel antilock brakes.

As that litany of standard safety stuff might suggest, the extended Venture is a good value. Its base price of $23,045 also includes a gutsy V-6, and a silky new-for-1999 electronic four-speed automatic gearbox.

The Venture is a comfortable and convenient way to go, particularly when it’s as loaded as the leathery tester, which included the many-splendored LT package. The latter adds goodies such as rear air conditioning and captain’s seats.

I got to test that comfort and convenience on a highway trip that involved four adults and their luggage. The rear storage area would have handled our six bags with ease, if I had stacked them on top of each other. But since the four bucket and captain’s seats in the front two rows were all we needed, I just folded down the split-fold rear bench and tossed a couple of the bags on top of it, thus preserving the rear view.

The optional power sliding rear door was pampering to the brink of decadence. But being an unredeemed hedonist, I rather liked it. There was also lots of shoulder space and legroom for everyone, and the interior was hushed enough at highway speeds to permit easy conversation.

The quietude on the highway had to do with good aerodynamics and sound insulation. The Venture’s lack of squeak and creak on bumpy surfaces was a function of strong unibody construction derived from the use of longitudinal rails and side-to-side cross-members.

Thanks to its 3.4-liter V-6, which develops 185 horsepower and a lot of low-RPM torque, or pulling power, the Venture was muscular when it needed to be.

one of the better vehicles i"ve owned

bought used @ 160000 km in 2007 .now have 265000km 2020.Change oil every 3000km and change to 180deg thermostat and engine will outlive you.Used as a construction material delivery for first 6 yrs ..hwy/city everyday.stills runs like a stallion.has been No1 reliable.will miss versitality .frontwheel drive with good snows i rate at 7/10

Least dependable car I have ever owned.

I purchased this van. It had more repairs during and after warranty than any vehicle I have ever owned. Finally after owning the vehicle for seven years, major rust spots began to appear and forced me to unload. I will not purchase another Chevrolet as my last two experiences were unreliable and costly.

I've had my Venture since 2003, when I bought it with 66,000 miles on it. I've put almost 100K on it, and it's still going strong. Can pull a trailer, can pop the seats out easily. A few things have quit: gas gauge stopped working around 145,000..so? I just fill it once a week. Automatic sliding door quit around 125,000; that's ok, too...just use it manually. Both front window mechanisms quit recently(not at the same time)..replaced one, and the other is due, but hey, all in all a great vehicle. Replaced the battery twice over the years, but it can be -30 and the Chevy starts. I just can't justify getting rid of her! 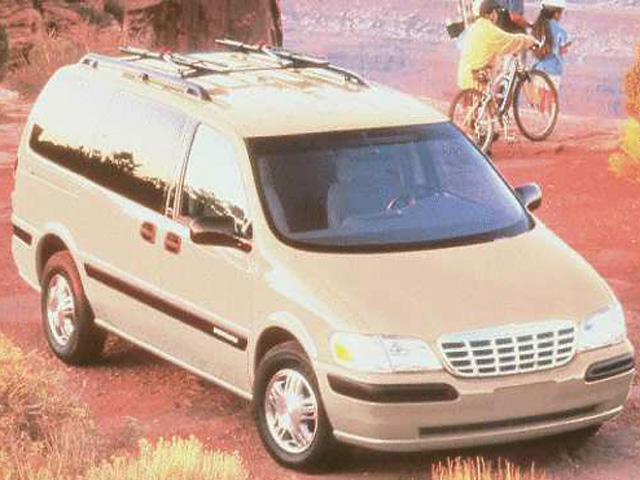