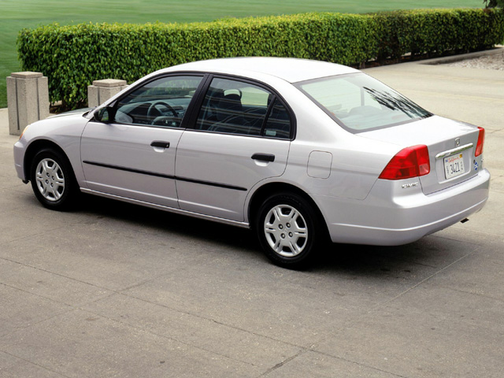 Our 2002 Honda Civic trim comparison will help you decide.

The Honda Insight has performed well.

So well, in fact, that it may disappear to make room for more Civic Hybrid gas/electric vehicles in the lineup.

“We’ll see how long it continues, but Insight has a limited future. It was meant to introduce the hybrid concept and has served that purpose,” Tom Elliott, executive vice president of Honda, said in an interview.

Introduced as a 2000, the two-seat Insight was Honda’s hybrid pioneer and proved that the combination of gas/electric power was superior to batteries-only systems as an energy source.

Pure battery-powered electrics may emit zero emissions, but after about 100 miles of driving, the batteries needed to be plugged into a socket for many hours of recharging to put you back on the road.

If the batteries delivered 100 miles of energy but Granny’s house was 101 miles away, you walked the last mile or had her put dinner on simmer until a six- to eight-hour recharge allowed you to continue.

“There’s no future for pure electrics, not with the limited driving range,” Elliott said. “But the internal-combustion gas engine supplemented by an electric power pack has a long future.”

Insight is powered by a 1-liter, 63-horsepower gas and 7-h.p. battery-powered electric motor. Because the batteries recharge as you drive, Insight’s range is governed by the occasional and quick stop for gas. Insight is rated at 61 m.p.g. city/70 m.p.g. highway, so stops for gas are infrequent. Only problem: Insight holds only two people.

After educating the public about hybrids with Insight, Honda brought out the Civic Hybrid in March as a 2002 model. The Civic is powered by a 1.3-liter, 85-h.p. gas and 13-h.p. electric motor. The fuel economy rating is 48 m.p.g. city and highway, and its batteries also recharge as you drive. But it holds four adults or two adults and two to three kids.

“Insight is a low-volume car. We only sell about 5,000 a year. It’s built at the same plant in Japan that produces the Civic Hybrid, whose sales are now at 2,000 a month. With Insight in the same plant, we can’t go higher on Civic output without lowering Insight volume,” said Elliott.

With Civic doing well, what about another Honda hybrid, maybe a larger sport-utility or minivan to take advantage of high mileage and low emissions?

“You can do a hybrid for higher fuel economy or for higher performance with an electric boost to the gas engine.

This year at the Detroit Auto Show, Acura unveiled the RD-X concept that combines the performance of an Acura RSX sports coupe with the all-wheel-drive of an Acura MDX sport-ute.

The RD-X h as a 2.4-liter, 200-h.p. 4-cylinder gas engine that powers the front wheels and a 50-h.p. electric motor that powers the rear wheels to create an all-wheel-drive “urban adventure vehicle” that delivers a combined 250 h.p.

Elliott said while Honda’s next hybrid could be a sport-ute, its current SUVs, the four-cylinder Honda CR-V and V-6 Honda Pilot/Acura MDX, offer good fuel economy. So there’s no sense of urgency for hybrid power in its SUVs like there is at General Motors or Ford with their huge, V-8 powered machines.

“We’re looking at several platforms for our next hybrid, I’m just not going to say which,” Elliott said.

the worst car iv ever owned.Problem after problem.

First the clutch.Then the master clutch cylinder then the slave.Next a new starter.Now the flywheel and i have take it apart again.I hate be 2002 honda civic junk.

Rating breakdown (out of 5):
8 people out of 15 found this review helpful. Did you?
Show full review
5.0

This car suits me greatly as my first car. It drives very smooth and I love the interior! It has plenty of room and a good size truck which will be helpful for when I leave for school! This is a great car and I love it!

The best line of commuter/economy cars. Ever.

September 4, 2020
By J B Silencarzson from CA
Owns this car

I work in the industry and while I have been behind the wheel of most cars under $75k and produced within the last decade, I have owned nothing but Japanese vehicles. This 2002 Civic EX coupe is about as good of a commuter as one could ever hope for while still maintaining a couple cool points. Throw on a cold air intake and exhaust system, and you can have better mpg and more cool points. Well, at least back when I was in school and this new body style was just coming out in the 2001’s... Oh, and get the ones with the anti theft system aka manual transmission

Rating breakdown (out of 5):
11 people out of 11 found this review helpful. Did you?
Show full review
See all 79 consumer reviews 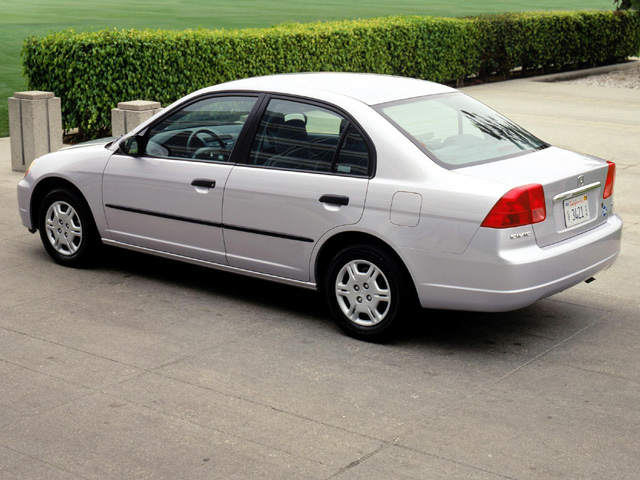 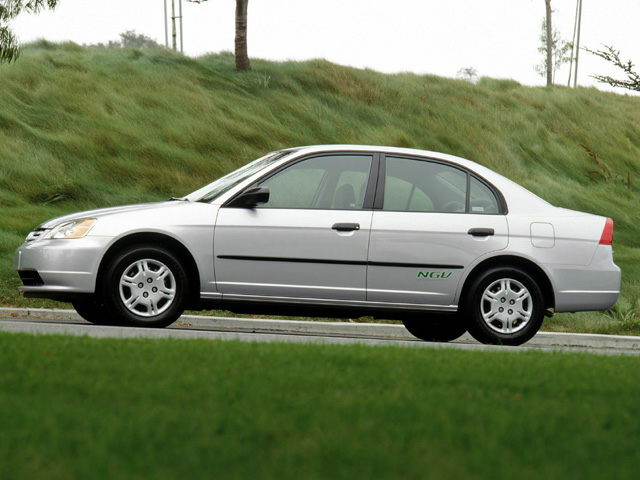 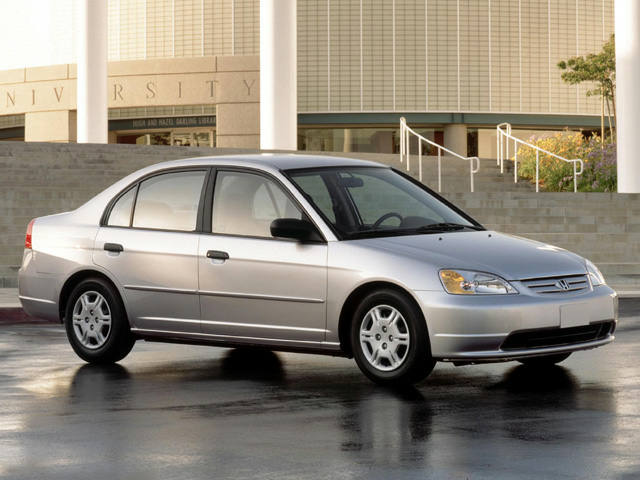 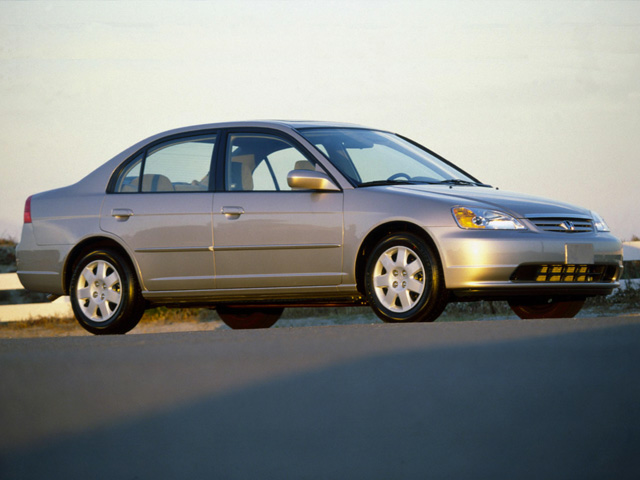 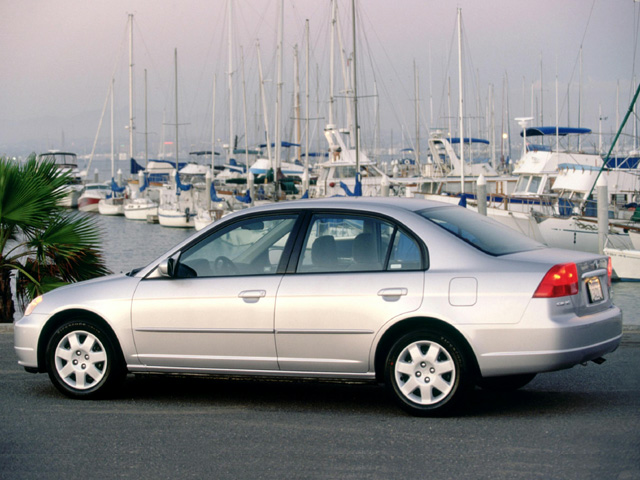 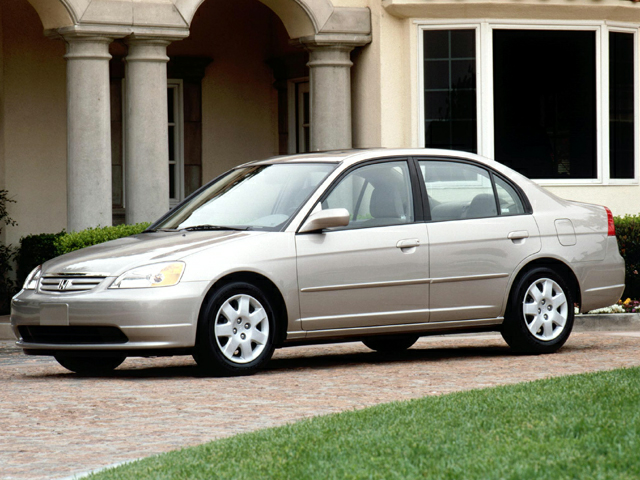