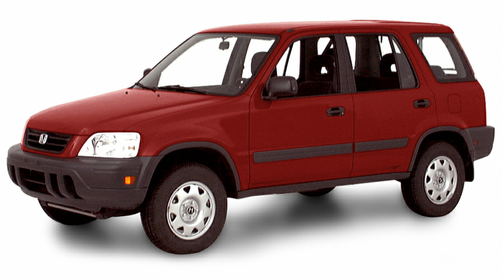 Our 2000 Honda CR-V trim comparison will help you decide.

Honda really pulled a fast one with their CR-V, and customers have loved the legerdemain. What you have here is a Civic station wagon in sport-utility vehicle guise – brilliant. Nobody under 60 wants to be caught dead in a station wagon, and the price and thirst of SUVs gets more off-putting with each dire prediction of supply constraints, as the oil oligopolists make the most of the situation.

Not that the CR-V is a poseur; with a fairly sophisticated all-wheel-drive system, it’s well-qualified for the kind of “rough work” most SUVs, be they ever so brawny, are generally called upon to do. The CR-V has been around for a few years, and it’s still tough to drive a hard bargain on one, though at least now it’s not generally necessary to bribe a dealer with a premium over sticker. The word is out; it’s a cool machine.

Once again, suffused with a feeling of generosity, I’m prepared to offer Honda a free tip worth millions: Give it another gear and – or 25 percent more horsepower and torque, jazz up the body a bit, beef up the tires, tack on a catchier name and ramp up for what’s sure to be overwhelming demand.

It’s perfectly serviceable as it is. I’ve taken the perilous step of recommending it to personal friends, and they love theirs. I’m talking turning it into a category killer, as the marketing dweebs say.

The CR-V, based loosely on the Civic platform, is sensibly sized and quite carlike in its demeanor, though retaining those features buyers love about SUVs in general – go-anywhere capability and a commanding view of the road.

The CR-V stands 5 feet 6 inches high, nearly a foot more than a comparable sedan. This contributes to both the lofty driving position and an abundance of room for heads and gear. For those used to dragging their posteriors inches off the ground in subcompact cars, it may at first feel tippy. But I found that with stabilizer bars front and rear, the roll axis was well damped, and it was capable of unnerving amounts of lateral acceleration without a sign of losing it. As with any vehicle having a high center of gravity, it’s not the preferred instrument for motocrosses, duh.

Perhaps the most direct point of comparison would be with the ubiquitous Jeep Cherokee. The CR-V is fully 10 inches longer than that machine and nearly 2 inches taller, though, seen in isolation, it doesn’t look that big, thanks to its sleeker styling. The only dimensional area in which it cedes the palm to the Jeep is in width, where a half-inch less translates pretty directly into less shoulder and hip room. Still, though I’m in the high-90 percentile of height and weight, I did not feel cramped, even with a well-nourished adult co-pilot. I felt like an anchovy in the Toyota RAV4.

The CR-V comes in three trim levels, with essentially the same mechanicals throughout the range: LX, EX and SE. The LX is the most basic, and can even be ordered as a two-wheel-drive machine, although, curiously enough, that mandates an automatic transmission. The LX and EX 4x4s can be had with either a four-speed automatic or five-speed manual. The SE (Special Edition), mainly a trim variant, comes only with automatic.

In any case, you get an energetic double-overhead-cam engine that’s nonetheless hard-pressed to move a 3,200-pound machine around swiftly because it’s only a 2-liter. What it does do, though, is deliver un-SUV-like gas mileage on 87 octane. EPA ratings with automatic transmission are 22 mpg city, 25 highway. Even my clunky size-12 right foot was able to extract 23.7, and that with near-constant use of the air conditioner.

The performance (more than 10 seconds to 60 from a standing start) is sufficient for practical purposes such as darting across an intersection or merging onto a freeway, although the latter maneuver needs to be done with some circumspection.

The transmission felt just plain weird. It uses Honda’s “grade logic” artificia elligence to try to anticipate what gear is needed. I think the problem is that it doesn’t have enough cogs to work with. First and second are too far apart, allowing the engine to fall off its torque peak (133 foot-pounds at 4,300 rpm) when upshifting and evincing considerable reluctance followed by some little drama when one attempts to force a 2-1 downshift. Top gear is a fairly long-legged overdrive for fuel economy and quieter highway cruising. An extra ratio or a gob more torque would make it considerably more fun to drive. A basic transport type of driver might not notice or care.

Ride quality is very good, thanks to double-wishbone independent suspension front and rear, along with well-tuned springs and shocks and the anti-roll bars working in concert with compliant tires. All series use 15-inch wheels wrapped in 205 – 70 rubber. LE and SE have 6-inch-wide alloy wheels, while the LX’s are steel. The tires were querulous when asked to deliver their utmost, but that’s a good thing on a vehicle of this sort, constituting a minatory “no mas.”

Honda calls its all-wheel-drive mechanism Real Time 4WD. In steady-state cruising, all of the torque is delivered to the front wheels. When an array of sensors detects that the front wheels are turning faster than the rears, the inference is that the heavier front end is losing traction. The computer then signals twin hydraulic pumps to start locking up a clutch located mid-drivetrain and divert as much as 50 percent of the available torque to the rear.

This is technically a less sophisticated system than those that anticipate the possibility of wheelspin, as well as mechanically more complex than those that use a viscous clutch. No matter; it’s maintenance-free and works quite well. There is no low-range transfer case and no mechanical front-rear lockup, but those features would be of limited utility in a basically on-road machine. (There have been times, however, on my long, steep driveway, when low range was the only way to creep down ice-encrusted snowpack without touching the brakes and risking a skid.)

EX and SE series come with four-wheel antilock brakes, which unfortunately are not even an option on base models. In all cases, front brakes are discs, rears drums. In very hard stops, I noted some lack of linearity in response to pedal pressure, but it was not really bothersome and stopping distances were well within my comfort zone. The antilock mechanism was effective and not alarmingly intrusive.

CR-Vs have front air bags. In government crash tests, the 2000 CR-V got four stars for driver protection in a frontal crash, five stars for the co-pilot, and maximal five-star ratings for both in side impact protection. Consumers Union subscribers reported fewer problems with their CR-Vs than any other sport-utility owners, earning it a rating of well above average.

The CR-V is made in Saitama, Japan. Build quality was excellent. The gold pain t (an SE exclusive) was luscious.

Bought new in 2000. 217000 miles in 2021. Only ever needed scheduled maintenance except a little valve work at 180,000 miles when the check engine light came on. I couldn’t sense any cylinder issues, but my state requires that check engine issues be fixed before they renew the tag. Here’s a tip about the grade logic system. If you’re slowly accelerating up a gentle incline and the car will not produce a gear shift when you know it should, just jiggle the shift lever up into neutral and immediately back down into drive. The transmission will find the next gear. Do not take your foot off the accelerator and do not linger in neutral. The engine won’t rev and the transmission will shift smoothly if you do it quickly.

Rating breakdown (out of 5):
3 people out of 4 found this review helpful. Did you?
Show full review
4.7

Extremely reliable in all weather

January 19, 2021
By Goodwin from Crewe Cheshire
Owns this car

Never had a problem with it I've had 2 same models first one was stolen just had to get another one . And no doubt I will get one again

My favorite car ever!

I have never been a car person. I had my 2000 CR-V for 17 years. I LOVED that car. When it needed a new transmission, we decided to sell it and I got a new Kia Soul. I like my new car, but I miss my CR-V soooo much. I would love to buy it back, or find one just like it!!!

Rating breakdown (out of 5):
5 people out of 5 found this review helpful. Did you?
Show full review
See all 40 consumer reviews 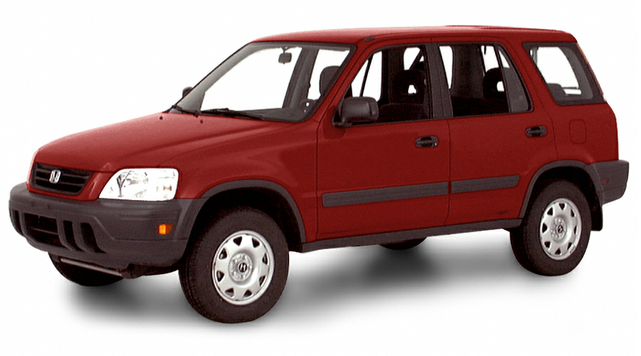 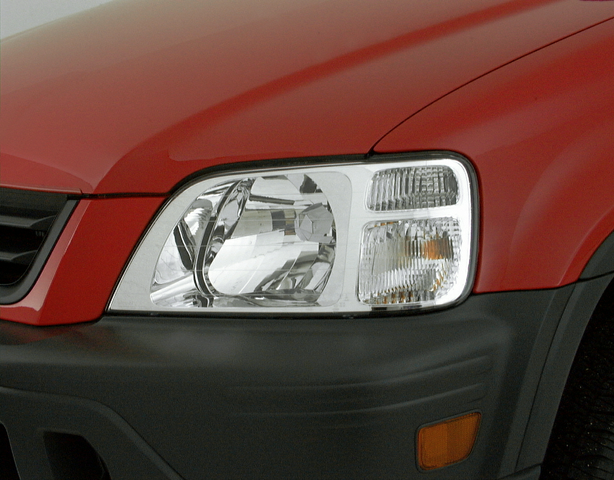 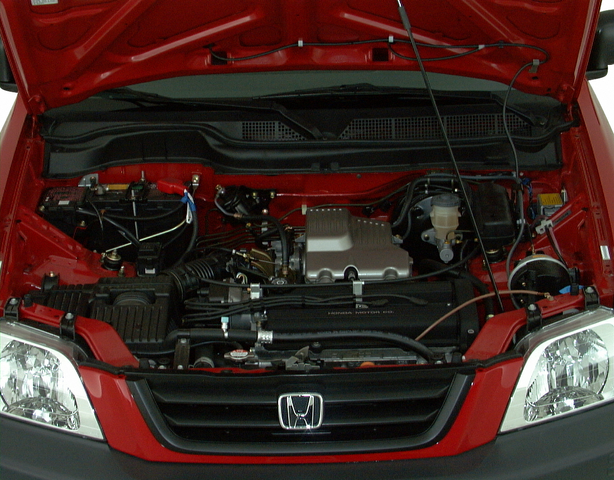 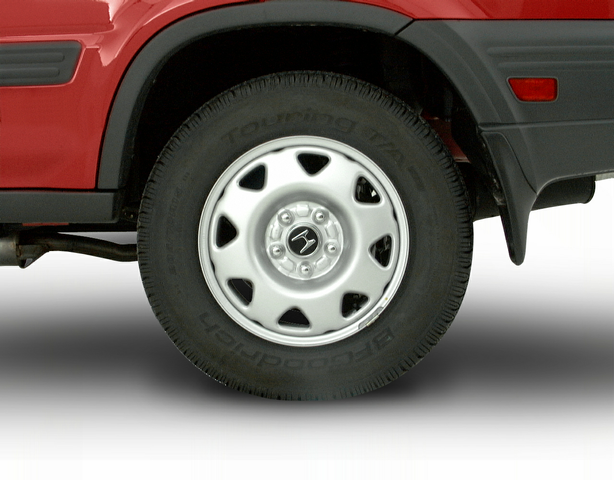 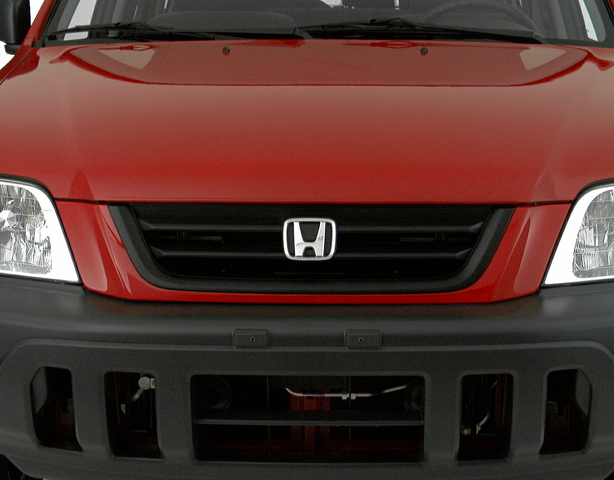 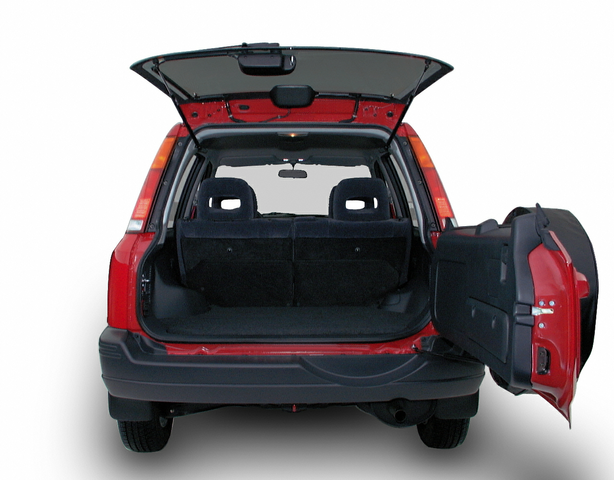 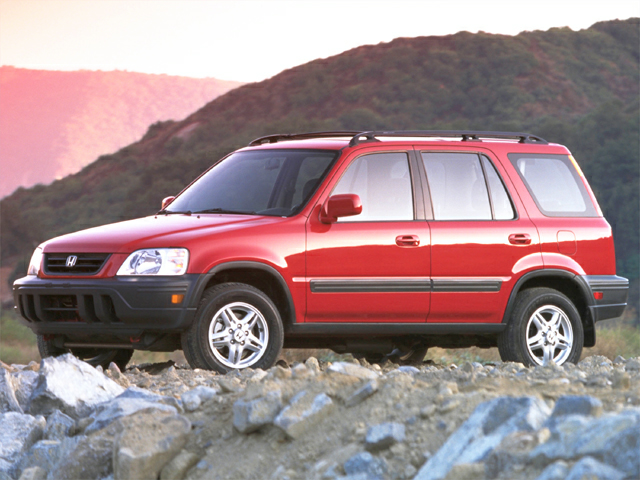 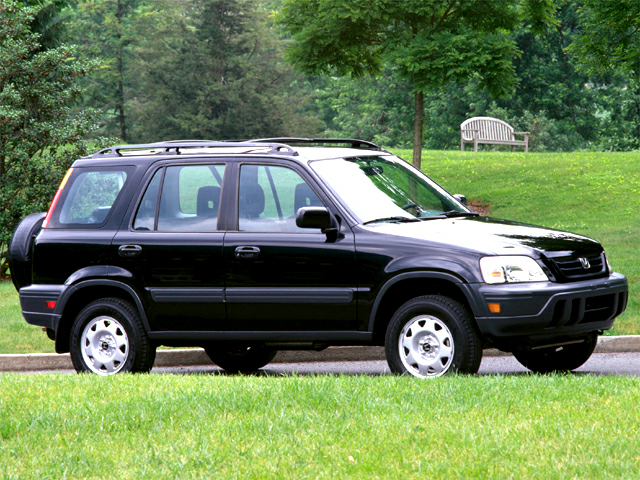 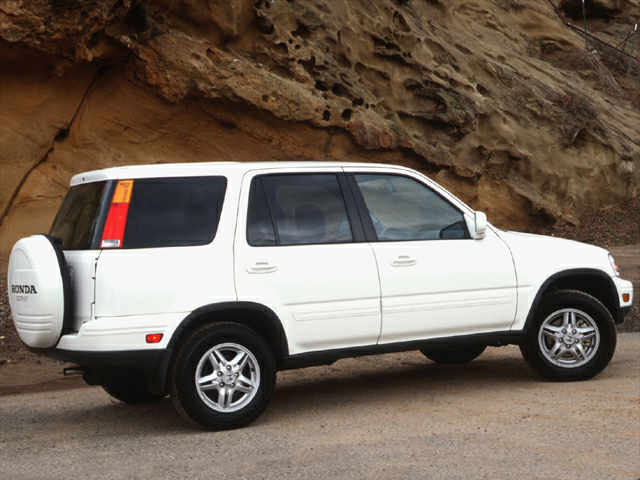 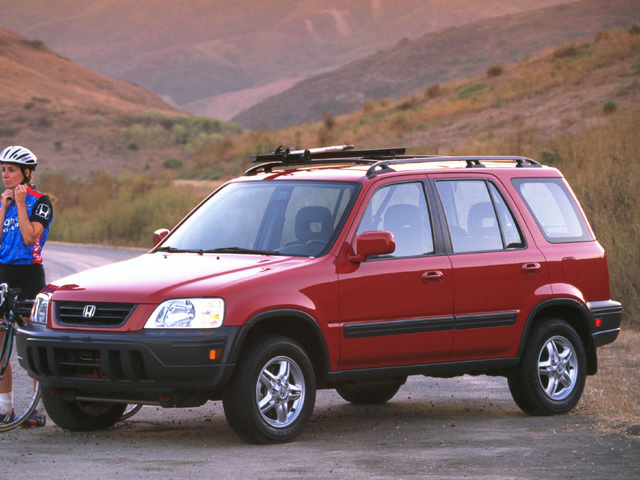 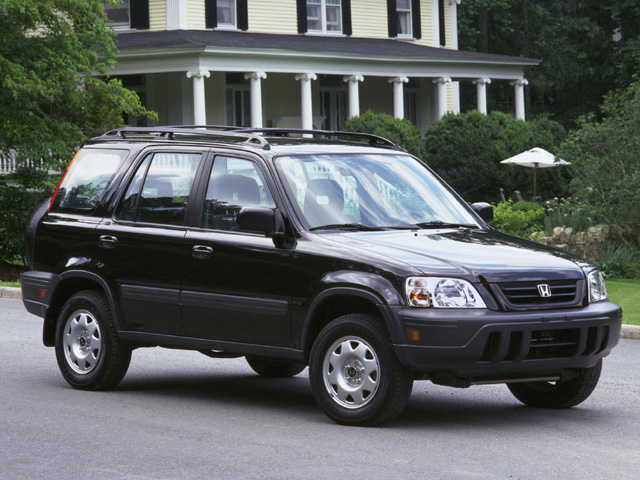 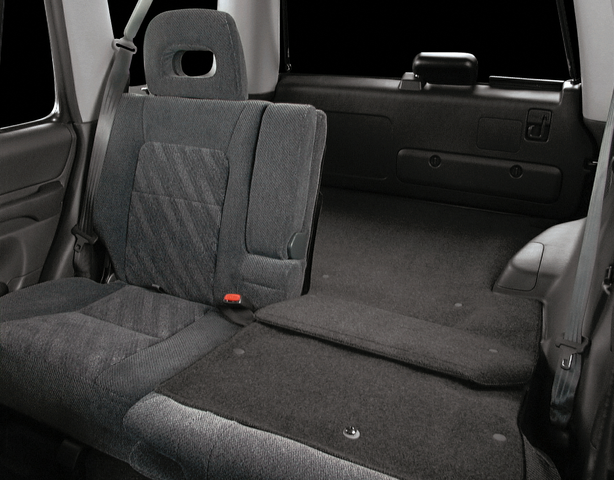 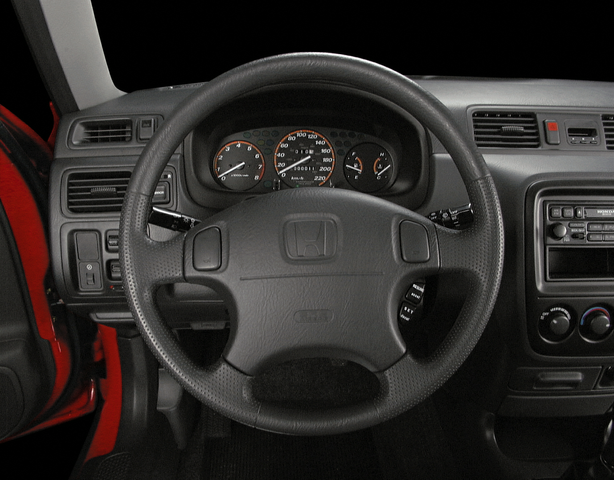 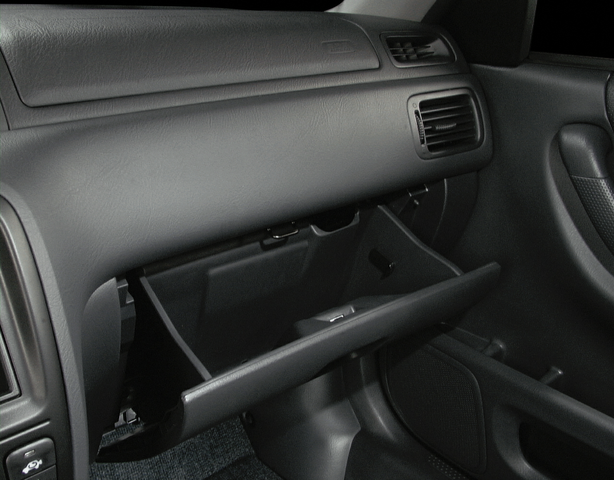 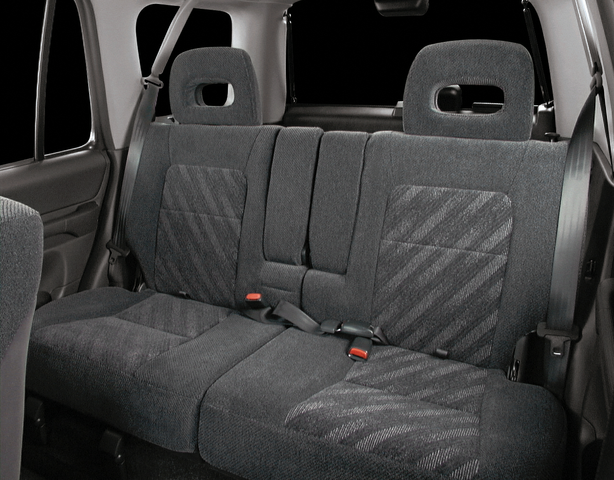 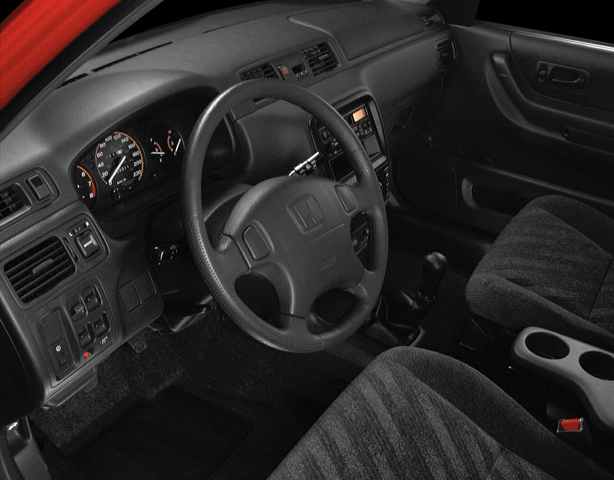 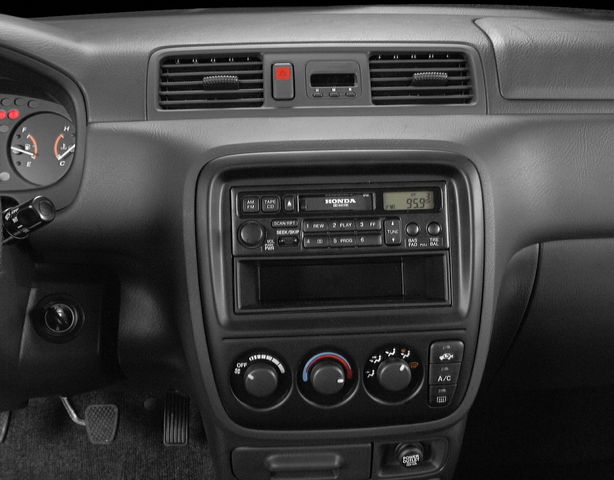