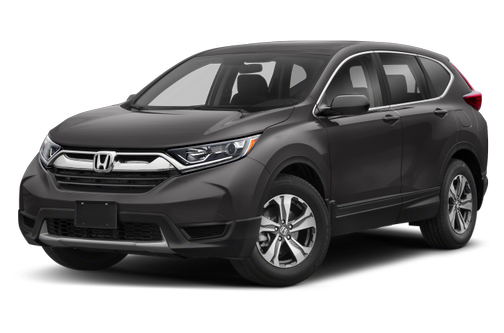 Our 2019 Honda CR-V trim comparison will help you decide.

The verdict: An efficient, versatile SUV with a surprising appetite for cargo, it would benefit from more off-the-line power, ride comfort and an agreeable multimedia system.

Versus the competition: The Volkswagen Tiguan is more enjoyable to drive, the Jeep Cherokee has off-road capability and the Hyundai Tucson is value-packed, but the CR-V is a balanced competitor with exceptional cargo space. It’s missing a few popular features, though, in an extraordinarily competitive class.

The 2019 CR-V comes in four trim levels: LX, EX, EX-L and Touring, where L represents the incorporation of leather. We tested a CR-V Touring with all-wheel drive back-to-back against six direct competitors for our 2019 Compact SUV Challenge. In our past Challenge, the CR-V came in second to the Volkswagen Tiguan. This time around, the CR-V ended up in fourth place. What changed? Well, a lot — including some different models entirely, how all the contestants were equipped and even the Cars.com judges involved — but ultimately what’s changed most is the competition in this, the heart of the U.S. auto market. The Tiguan took first place again, but it’s been updated somewhat — and none of the other models stayed still, either. We rank the vehicles based on their point totals, but I and the other two judges agreed that these seven vehicles are very close in fundamental ways. There wasn’t a stinker in the bunch.

That’s not to say there aren’t differences that might sway you toward or away from the CR-V, so I’ll lay out what stood out most — good and bad.

None of the compact SUVs feel exceptionally sporty to me, partly because of their higher center of gravity, but I appreciated the CR-V’s steering feedback and precision. Such perks were notably absent in the freshly redesigned 2019 Subaru Forester, even though it has a grounded feel and excellent body control.

It’s possible the CR-V’s handling benefits from a firm suspension, but the firmness also proved a liability in the Chicago area: Driving back-to-back on the same roads, the CR-V had a busier, bumpier ride than every competitor but the sloppy 2019 Nissan Rogue, with noticeable pitching motions. The suspension doesn’t feel unsophisticated, but it’s firmer than I want. I checked twice expecting to find oversized wheels, but they were just 18-inchers with Hankook Kinergy GT all-season tires. Though the CR-V wasn’t the shortest model in terms of overall length, it did have the shortest wheelbase, which can result in more body motion, all other factors being equal.

What’s been the CR-V’s greatest flaw (among many, many strengths) since its 2017 redesign is that it’s remarkably poky when accelerating from a standstill. You won’t notice it in normal driving, but stomp on the pedal and the CR-V does practically nothing for two or three seconds, traversing just a car-length or two. Just as I had to learn not to even try passing in my old diesel-powered Mercedes, I learned in the CR-V not to try diving into small gaps in traffic or — heaven forbid — turning left in front of oncoming vehicles.

Once the CR-V does get going it’s more than serviceable, especially with the 190-horsepower, turbocharged 1.5-liter four-cylinder that comes on higher trim levels and provides better mileage as well as more power. (The LX trim comes with a 184-hp, 2.4-liter four-cylinder without turbo.) I wouldn’t say power is abundant, but it does the job. So what’s the problem off the line? It might be the combination of a small engine with a relatively large vehicle (both engines exhibit this soft launch), or it might be the continuously variable automatic transmission, though other CVT-equipped contestants with small engines don’t have this particular anomaly.

Honda is one of several brands, including Subaru and Nissan, that have made a deal with the devil and committed to the CVT. They sold their souls for efficiency — something CVTs do seem to deliver pretty consistently. Unfortunately, though they continue to improve, the devil in CVTs is that they still exhibit some delay in response (regardless of speed) as the ratios change, and they tend to result in droning engine sounds, often when you’d expect quiet. As with any type of automatic transmission, the less powerful the engine the more evident these flaws are.

To be clear, apart from the slow launch, the CR-V’s CVT is reasonable — and better behaved than the Rogue’s. The CR-V is frequently the best-selling SUV in the country, so consumers clearly haven’t noticed, or they’ve gotten over it. To be abundantly fair, we’ve had plenty of problems with the Jeep Cherokee’s nine-speed when it’s not teamed with a V-6 engine, and the redesigned RAV4’s eight-speed exhibits hesitation, as well. Still, all things considered, CVTs just aren’t our favorite.

If you don’t understand why sedans are dying in the U.S. market, take a look at the gas mileage of compact SUVs. The CR-V is on the higher end, with an EPA rating as high as 28/34/30 mpg city/highway/combined for the 1.5-liter turbo and front-wheel drive. The estimate is just 1 mpg lower for each figure with all-wheel drive, which adds $1,400 to the CR-V’s price regardless of trim level. Unlike the old days, when the cheaper engine got better mileage, the base CR-V with the non-turbo 2.4-liter is rated exactly 2 mpg lower for city, highway and combined.

In our Challenge’s mileage drive of more than 200 miles of primarily highway driving, the CR-V achieved 28.5 mpg, behind only the RAV4, which hit 29 mpg despite having an eight-speed automatic rather than a CVT. The RAV4 also has a slightly lower EPA estimate of 25/33/28 mpg with all-wheel drive.

At 180.6 inches from bumper to bumper, the CR-V was the second shortest of our seven models, yet it made no space sacrifices inside. It had the most cargo volume behind its backseat by our measurements, partly because the Tiguan that VW provided had an optional third-row seat, which decreases volume behind the second row by 4.6 cubic feet. As impressive, the CR-V provides this volume without a sliding backseat, yet with plenty of backseat legroom. Note that competitors with backseats that slide forward — the Cherokee, Rogue and Tiguan (second row) — can increase the space behind them if less passenger legroom is needed.

Regardless, based on automaker specifications of maximum cargo volume with the rear seats folded, the CR-V has the most, at 75.8 cubic feet, beating even the five-seat Tiguan’s 73.5 cubic feet. Additionally, the cargo floor is nice and low and surprisingly wide. I transported a 41-inch-wide box, resting flat. See competitors compared side by side here and here.

Cabin storage is pretty good, thanks primarily to an accommodating center storage console with a nicely executed configurable tray/separator. The door pockets are a bit shallow, and there are few other tricks. The RAV4 stood out with handy open shelves in its dashboard.

The CR-V’s instrument-panel display is well-done, and we were pleased to have a normal gear selector lever rather than the push/pull-button contraption in some other Hondas. The touchscreen system, however, is a loser. At 7-inches diagonal, it’s smaller than some in our Challenge, and its accompanying buttons are touch-sensitive rather than mechanical. It has complex, unappealingly designed menus and low-resolution, cartoony-looking maps that don’t show enough information even when adjusted to do so.

The front USB ports are buried in the console box, and the secondary data port in higher trims (which is actually the only port on the LX trim level) is limited to 1 amp of current — too modest for today’s phones. Fortunately, the port associated with smartphone mirroring (Apple CarPlay and Android Auto) that comes on all but the LX is rated 1.5 amps, which is better but not ideal. The two rear USB ports are a heartier 2.5 amps apiece.

My phone worked flawlessly with the five other models equipped with Android Auto, but when I connected to the Honda over the course of a week, it completely choked a couple of times and took as much as a minute to get going the rest. My phone’s a Samsung Galaxy, so not exactly a fringe product. Both Android Auto and Apple CarPlay are standard on all but the LX.

Honda Sensing, a suite of active-safety and semi-autonomous driving aids, is standard on all but the base CR-V trim level, the LX, where it’s not even optional. The suite includes most of the highly valued safety features, such as forward collision warning with automatic emergency braking that detects pedestrians as well as vehicles, blind spot warning, lane- and road-departure mitigation, and adaptive cruise control that works all the way down to a stop.

The CR-V’s generous interior volume combined with a couple of shortfalls to net average performance in our Car Seat Check. Though the backseat scored “A” grades for infant and booster seats, its lowest score was a “C” for a rear-facing convertible seat due to hard-to-reach Latch anchors and the need to move the front passenger seat forward. Our certified installers also noted that the middle seat’s top-tether anchor is in the cargo area ceiling, which impedes the driver’s rear visibility. See the full test.

Among our seven Challenge contestants, the CR-V was the only model with a convex conversation mirror built into its overhead sunglasses holder, which lets the driver see all the passenger seats. But the Honda lacked some amenities that aren’t even optional, such as a panoramic moonroof, a heated steering wheel and a 360-degree camera.

Ok "looks like all the rest" but cheaply made SUV

This car brings the idea of how cheaply you can build a car without showing it. All the cost cutting measures are well hidden. I went to replace the speakers and the wire used by Honda is so thin...about 22-24 gauge...and the original speakers are so poorly made with the smallest magnets I have ever seen. But a normal owner would not see this. Lots of plastic is used instead of metal where you would not look. It is an ok car just don't try to see who the "cheapskate behind the curtain" is.

May 12, 2022
By Jen from Indianapolis Indiana
Owns this car

Would be better if it had heated seats or the hatch opened automatically with a button. The eco button doesn't really give you better gas mileage it kinda dulls down the vehicle and it's a lot louder than what I'm used to it kinda sounds like a tic but I was assured by Honda that it's a normal noise for that vehicle. Gas milage is decent and I like the fact that I've only got to change the oil every 10,000 miles.

I bought the CRV Touring Edition because I liked the dashboard arrangement better than the other CRVs I looked at. It's a very comfortable car that's fun to drive. I'm very happy with my CRV.

Rating breakdown (out of 5):
20 people out of 20 found this review helpful. Did you?
Show full review
See all 540 consumer reviews

News
Life With the Honda CR-V: What Do Owners Really Think? 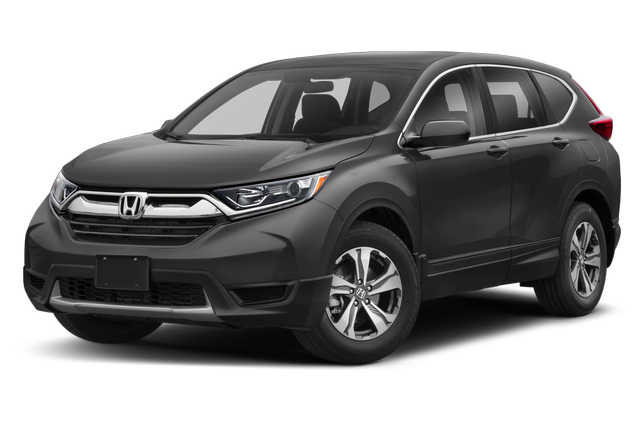 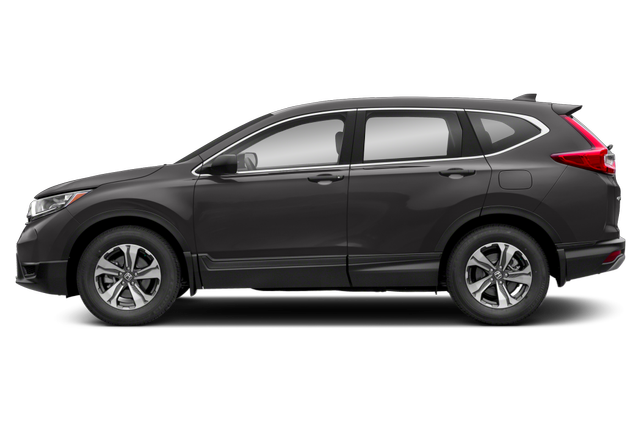 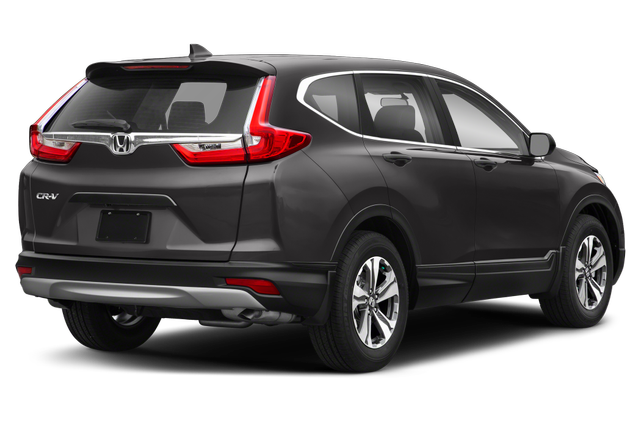 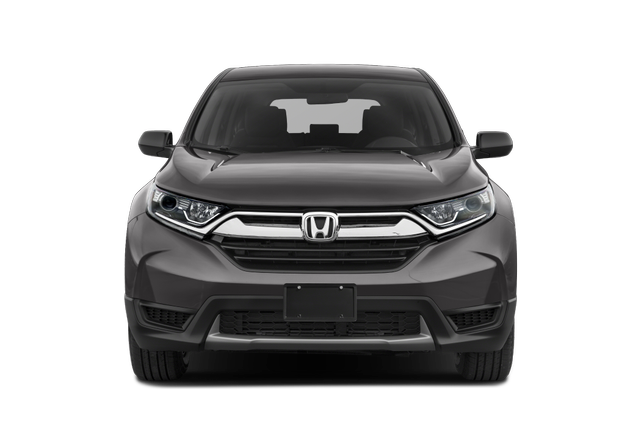 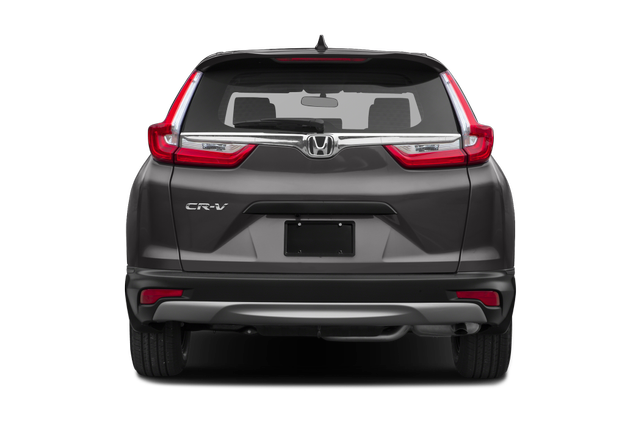 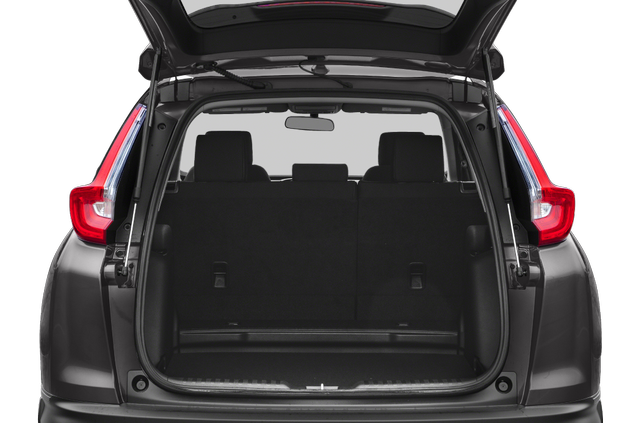 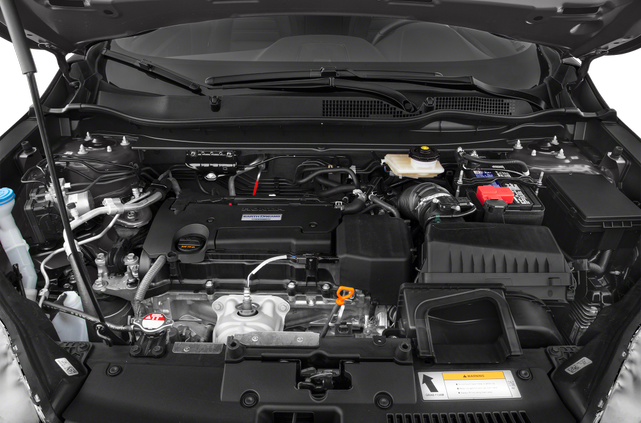 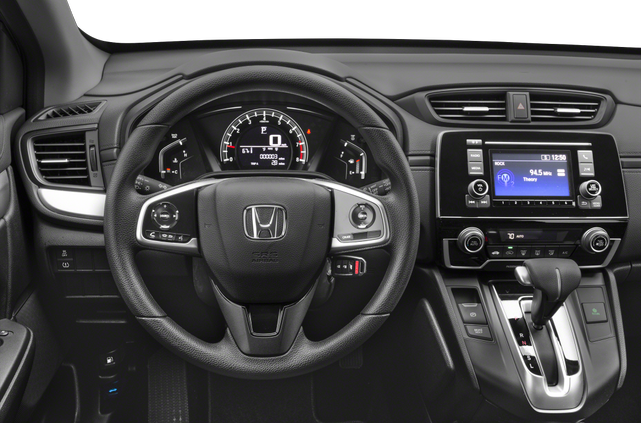 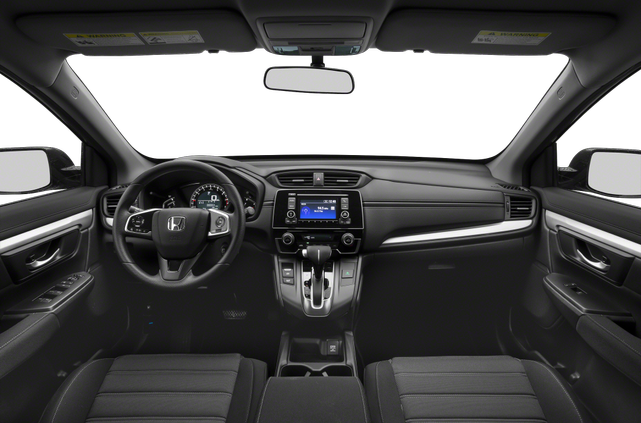 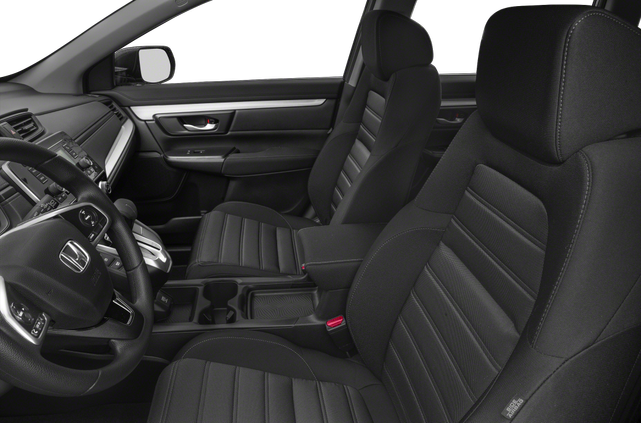 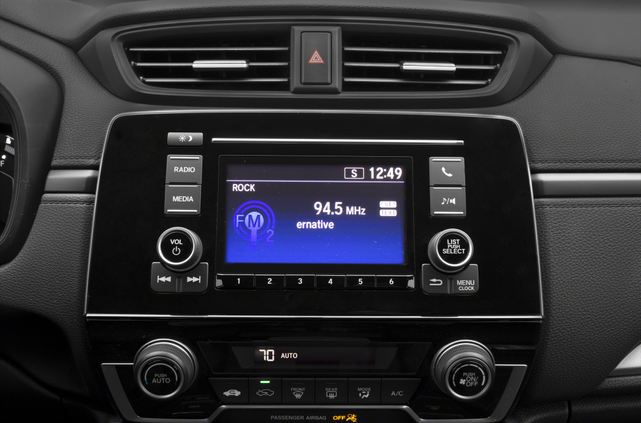 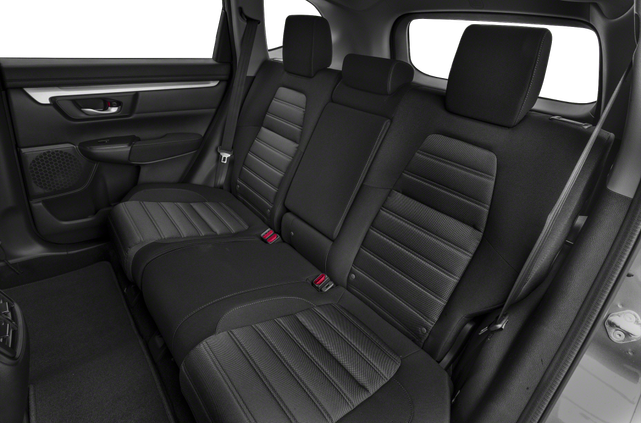 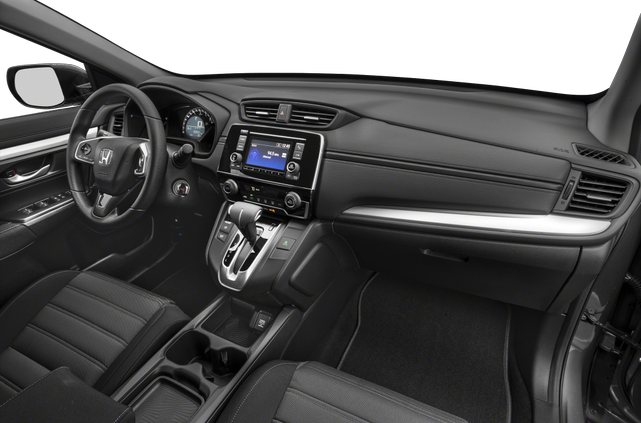 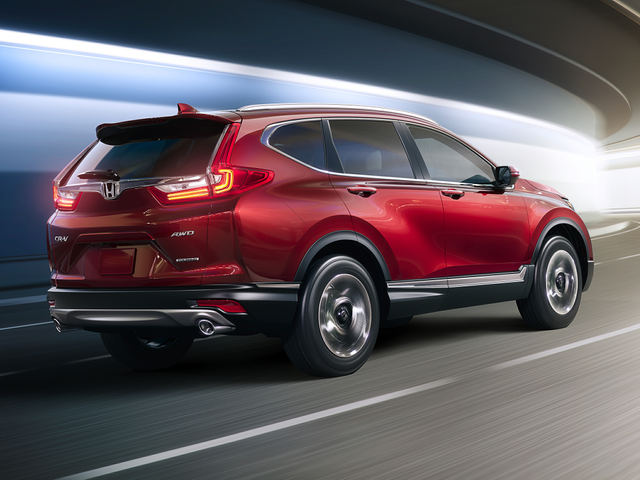 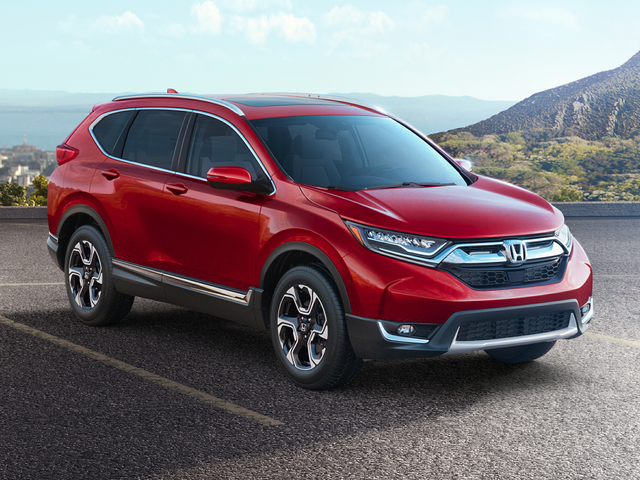 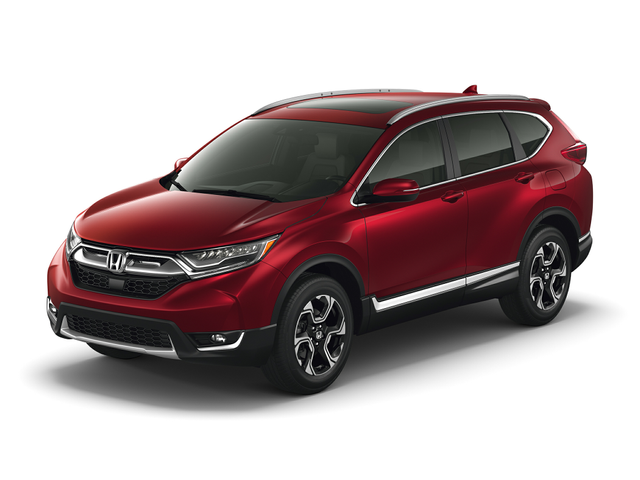 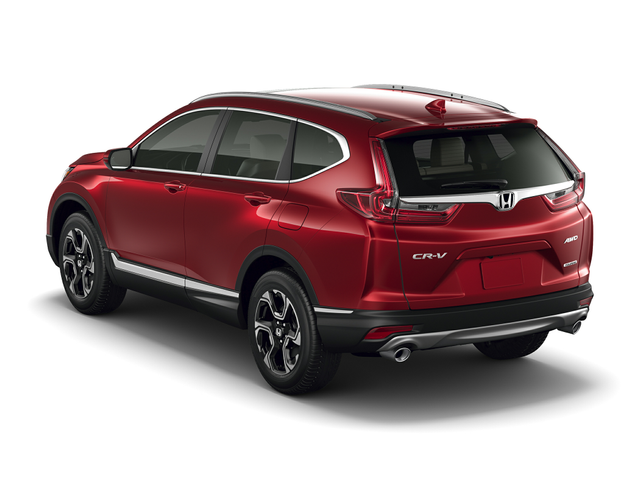 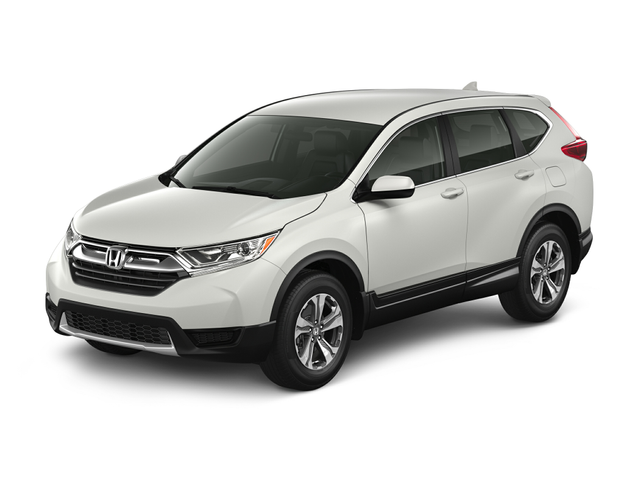 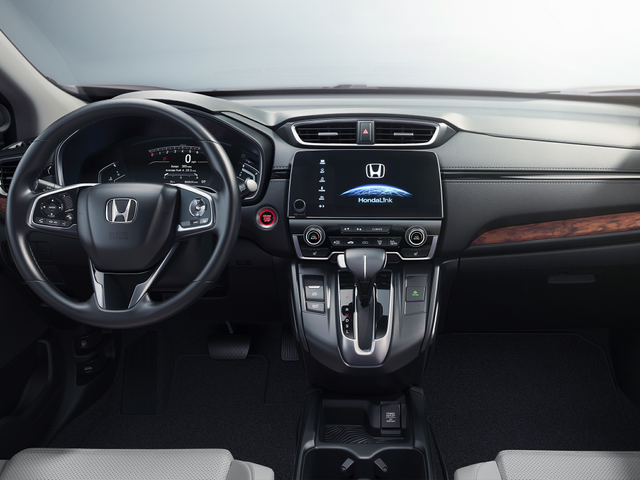 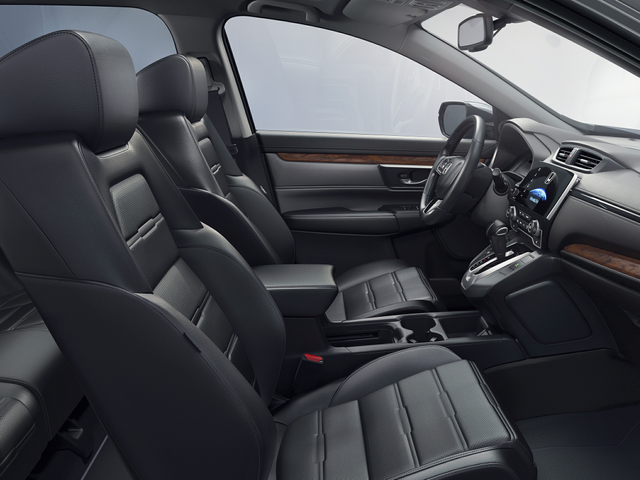