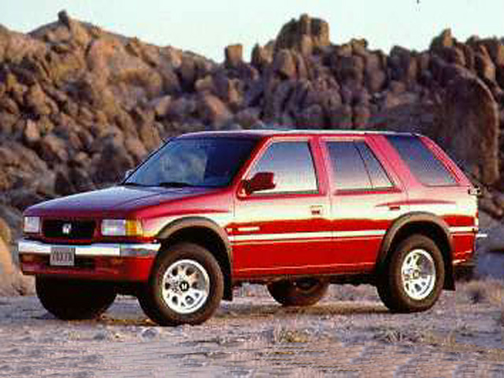 Our 1995 Honda Passport trim comparison will help you decide.

Honda wanted to get in on the red-hot sport-utility market so badly that it settled for less than the best.

Last year, Honda began selling a version of the Isuzu Rodeo as the Honda Passport; it’s basically the same as the Rodeo, but it has a different grille and trim.

The Rodeo always has been a fundamentally decent vehicle, but it has never been what you would call a front-runner. When people think of sport-utilities, they think of Jeep Cherokees, Ford Explorers, Chevy Blazers and various Land Rovers.

The rest of the pack are second-tier vehicles that sell mostly because of brand loyalty.

Although Honda has a superb reputation for engineering quality automobiles, the Japanese automaker has no experience designing four-wheel drive vehicles. To get in on the market, it was cheaper and quicker for Honda to farm out the job to another company than it was to start from scratch.

The base model Passport, the DX, comes with a 2.6-liter, 120-horsepower four-cylinder engine and a five-speed manual transmission. No automatic is available in four-cylinder models.

However, the V-6 powered Passport LX and EX models can be ordered with either a stick shift or an automatic.

Our test vehicle, an LX, came with Isuzu’s smooth-running 24-valve V-6, a double-overhead cam engine that makes 175 horsepower. The engine was linked to a computer-controlled four-speed automatic – a classy and pleasing drivetrain.

(By the way, along with the Isuzu Trooper, the Passport and Rodeo are the only sport-utility vehicles available with multi-valve engines.)

The drivetrain in our bright red Passport is the one part of the vehicle that comes closest to Honda’s own high-quality standards. Our test vehicle started quickly and ran great despite high heat, heavy traffic and numerous stop-and-go trips.

The V-6 delivers power smoothly and evenly. It also runs very quietly. Previous versions of the Isuzu V-6 have made awailing noise when revved due, I think, to a loud engine fan.

Two buttons on the console allow the driver to choose between ”power” and ”winter” driving modes. The power mode makes driving the Passport in the city much easier, because a computer delays the shifting of the transmission in lower gears and lets the engine rev higher. This makes acceleration a bit more snappy.

It’s not likely you would use the winter setting much around here, which is designed to let the Passport start off in third gear so that the wheels won’t slip on icy roads.

The Passport’s overall performance is good. Although the Chevy Blazer and the Jeep Grand Cherokee are a bit quicker and more powerful, the Passport had no problem passing slower traffic.

The Passport feels very average over the road. It is competent in most situations, but it’s not a trendsetter in any way. The ride isn’t the smoothest or quietest, and the handling isn’t the best. It’s solidly in the middle of the pack.

The Ford Explorer, Jeep Grand Cherokee and Chevy Blazer can be flung around corners almost like a mid-size sedan; the Passport doesn’t have the same agile feel.

For one thing, the power-assisted steering is somewhat vague. The wheel is slow to return to center when you make a sharp turn. For another, the body can lean quite a bit when you take a corner quickly – but this is a trait of many four-wheel-drive vehicles. In the better-engineered ones, you don’t feel it as much.

You won’t find anything special in the Passport’s suspension system, which uses double wishbones up front and a live axle in the rear. The Passport does a fair job of getting over large bumps and dips, though it can get a bit bouncy. Off the road, I found that the Passport is much easier to drive and control by taking it slowly. In fact, in low-gear with four-wheel-drive engaged, the Passport can be a pleasing trailblazer.

The four-wheel disc brakes – with anti-l ck active only on the rear – offer terrific stopping power.

For 1995, both the Passport and Rodeo have a new dash. The Passport joins the Ford Explorer, Land Rover Discovery and Ranger Rover 4.0 in offering dual air bags.

Except for an awkward-looking panel below the air-conditioner controls, Honda has styled the dash attractively. That panel, which looks like it is there to conceal small items, such as wallets or keys, actually covers up a cluster of wires. I was surprised when it came off so easily in my hands.

It appears as if Honda donated the switchgear on the steering column. The stalk-mounted cruise control, headlight and windshield wiper switches felt like they could have come straight out of an Accord sedan.

The front bucket seats were a bit on the firm side, but they were comfortable on long trips.

Rear-seatpassengers will find a comfortable amount of head, leg and foot room in the Passport. The rear seat is a nice place to be for average-size adults.

It is the Passport’s rear area, though, where the vehicle really needs work. When it comes time to haul cargo, it takes three steps to fold down the seats. First you pull a tab in the center of the bottom cushions to flip them forward, then you remove both headrests from the top half of the back seats. After that you press a button and fold the rear seats forward.

On other sport-utilities, folding the seats forward is a one-step, no-brain-activity-required task.

But the biggest aggravation is the outside mounted spare tire, which blocks the rear view and makes opening the tailgate a hassle.

In other words, loading and unloading cargo almost requires you to go down a checklist of procedures.

Our test vehicle came with electric door locks but not electric mirrors. It also had a powerful AM/FM cassette radio and a great air conditioner.

After spending a week with the Passport, I don’t think it will do much to enhance Honda’s reputation. This vehicle doesn’t have the same high-quality feel as a Honda, and it doesn’t instill in you that unburstable trust like a real Honda does.

Truett’s tip: Although engineered and built well, the Isuzu-built Passport is not one of the most user-friendly sport-utility vehicles.

December 6, 2010
By Nurse Nancy from Florida
Owns this car

I love my Passport. Yes It has some drawbacks, What car is perfect the back tail gate and rear seats are somewhat clumsy to operate. After 10 years of use they have become second nature. I love the great visibility in traffic, no blind spots and I sit up higher than most. I can jump curbs, gutters and medians. It's not too bad off road either. Until this last year, it has bee an extremely reliable car. I did have a problem with the ABS sensor, too. It is a 15 year old vehicle, with over 140,000 miles. still going strong. The turning radius is outstanding. I make a lot of u turns.

For commuting daily, and family weekends, I couldn't ask for a more suitable SUV. It is comfortable for the family, yet fuel efficient enough for the commute.

Stuck with a lemon...

August 2, 2006
By Manda from Harrisburg, Pa
Owns this car

I bought a '95 Passport from a local dealer less than a year ago. I had problems with it right off the lot. Within the first day I went to pick it up, we had problems even getting it off the lot. The dealer had to replace the battery cables and starter. Once it finally started, I couldn't get it out of park. The Brake sensor that allows you to shift when you press the brake had to be de-activated because it was defective. These problems we're probably specific to this particular Passport. Once I began driving it on my daily commute over a steep mountain ridge, I immediatly noticed a lack of horsepower on the steeper parts. I often drove my old 4-cylinder automatic Civic over the same ridge with no loss of horsepower. I found this disappointing for a 6-Cylinder SUV. The 4X4 worked well and get my through the winter traveling, but this past Spring I learned the 4X4 axle boots were shot and it cost me over $650 to repair for state inspection. Recently on a long trip, it left me stranded along side of the road when the transmission failed. When my mechanic looked it over I also learned that my lifters were shot. My advice to you, if you were to buy a Passport, have it looked over extensively by a qualified mechanic before purchasing. Alot of these issues I've had could have been caught before hand if the mechanic that checked it out for me initially had been more thorough.

All model years for the Honda Passport 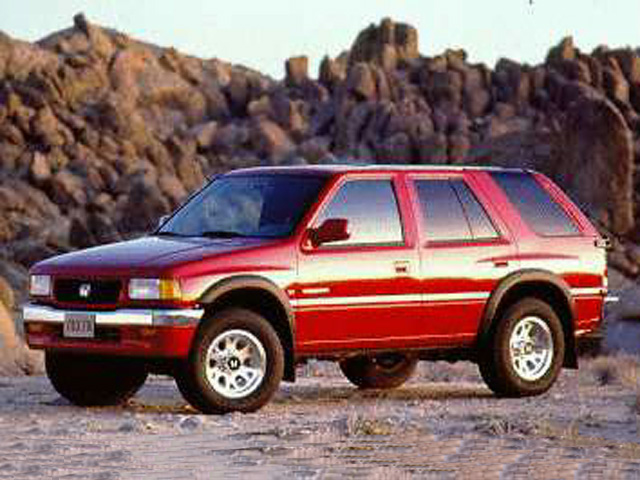