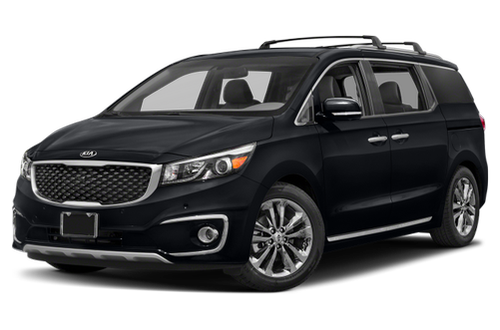 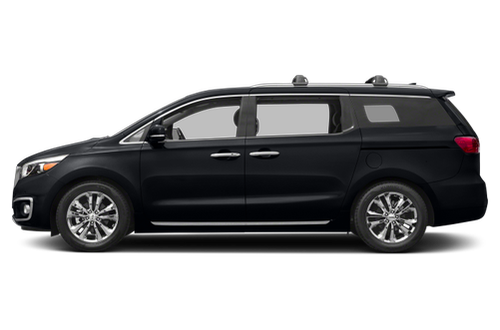 Change year or vehicle
$9,592 — $20,152 USED
15
Photos
View Local Inventory
No listings at this time Get the latest resale value

Kids are messy. That's why a lot of parents say, "We can't have nice things." But parents ought to make exceptions for the exceptionally nice 2016 Kia Sedona minivan. It's stylish, affordable and loaded with creature comforts, all of which make

The 2016 Kia Sedona is a seven- or eight-seat minivan that was redesigned in 2015. It competes with the Chrysler Town & Country, Dodge Grand Caravan, Honda Odyssey, Nissan Quest and Toyota Sienna. It comes in five trim levels — L, LX, EX, SX and SXL — all of which have front-wheel drive, a 3.3-liter V-6 engine and a six-speed automatic transmission.

The 2016 Kia Sedona adds a standard backup camera on every trim level. Heated seats are standard on the 2016 Kia Sedona EX and higher trims, and seating for eight is offered on SX and SXL models equipped with the Technology Package.

How Does the 2016 Kia Sedona Compare to Other Minivans?

The Kia Sedona has been named a Top Safety Pick by the Insurance Institute for Highway Safety, putting it ahead of or on par with competitors in terms of safety. It also comes with an intuitive tech suite in the Kia UVO touchscreen system, matching similar tech in competing minivans. Its cargo space lags behind that of the Odyssey and Sienna, but its starting price is also lower than those popular models.

What Features in the 2016 Kia Sedona Are Most Important?

The 2016 Kia Sedona comes standard with seating for seven, including a 60/40-split folding third row, Bluetooth connectivity and air conditioning with front and rear controls. The 2016 Kia Sedona's standard 3.3-liter V-6 engine delivers 276 horsepower and is paired with a six-speed automatic transmission. Per requirements for all new vehicles, front airbags, antilock brakes and an electronic stability system are all standard on the 2016 Sedona. Not required but also standard are side-impact airbags for the front seats, side curtain airbags and a backup camera.

The 2016 Kia Sedona's available safety features include forward collision and lane departure warning systems, a 360-degree camera system, and front and rear park assist. An eighth seat is available in Sedonas with a bench in the second row, and Sedonas can also have heated front seats, ventilated front seats and heated outboard second-row seats. Available tech and interior features include a navigation system, keyless entry with push-button start and 115-volt household power outlets. Rounding out the available features on the 2016 Sedona are power-sliding side doors and a power liftgate.

The 2016 Kia Sedona is a great choice for safety-minded families with its standard and available safety tech as well as exposed Latch anchors for easy child-seat installation. Its roomy third row, fantastic technology suite and robust highway acceleration make for enjoyable family rides. The 2016 Kia Sedona further differentiates itself with SUV styling cues.

If you're looking for an easily adjustable minivan interior, though, the 2016 Sedona may not fulfill your needs. The second-row captain's chairs are difficult to maneuver, and stowing the third-row seat is cumbersome. Further, the materials and features on the SXL are subpar for its price.

A few build corrections would help

I've owned mine nearly 4 years, and overall love it. I can only think of two errors Kia made in building it: 1)mine is the LX, and the red LED instrument panel lights are unbelievably HORRIBLE...can't... Read full review

Best vehicle I have owned

The 2016 Kia Sedona currently has 2 recalls

All Model Years for the Kia Sedona

Certified child passenger safety technicians conduct hands-on tests of a car’s Latch system and check the vehicle’s ability to accommodate different types of car seats. The Sedona received the following grades on a scale of A-F.*

A
* This score may not apply to all trims, especially for vehicles with multiple body styles that affect the space and design of the seating.
For complete details,
read the full report