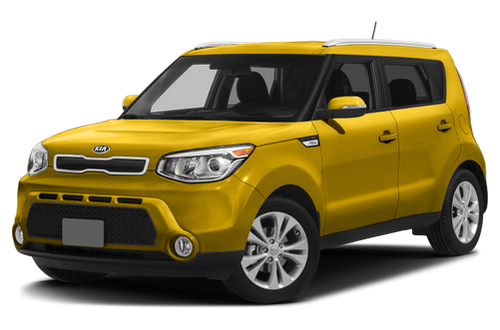 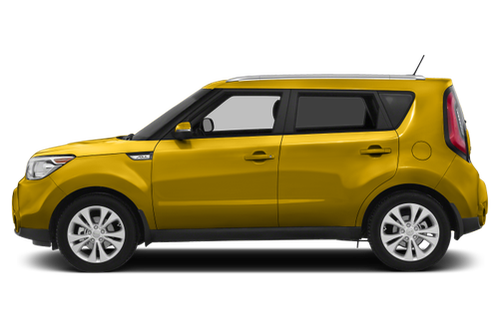 Change year or vehicle
$6,109 — $14,665 USED
22
Photos
View Local Inventory
No listings at this time Get the latest resale value

The 2015 Kia Soul is a compact front-wheel-drive hatchback with seating for five. It's offered in three trims: Base, Plus and Exclaim. There's also an electric Kia Soul EV, which is covered separately. Competitors include the Scion xB, Mini Countryman and Mitsubishi Outlander Sport – vehicles that similarly seem like they might be SUVs but also might not be.

How Does the 2015 Kia Soul Compare to Other Compact Hatchbacks?

The Kia Soul was redesigned in 2014, adding higher-quality finishes to the cabin and overall broader appeal. Compared with the Fiat 500L, Mini Countryman and Scion xB, it offers more cargo space. Its affordable entry price makes it a solid option for younger drivers searching for a functional yet funky car.

What Features in the 2015 Kia Soul Are Most Important?

As required in all new vehicles from this year, the 2015 Kia Soul comes standard with front airbags, antilock brakes and an electronic stability system. Other standard safety features include front-seat side-impact airbags and side curtain airbags. A backup camera is optional.

Cabin quality is impressive for the money, and you can choose from a variety of available upscale features like a panoramic moonroof and a heated steering wheel. All-wheel drive isn't offered at all, which could deter drivers living in harsher climates. Style-wise, the Soul is as boxy as ever with smoothed edges here and there, but the body-colored liftgate panel looks out of place. And while its cargo space outshines some competitors, it's still on the modest side.

As a college student and having a full time job, this car gets me to all my destinations with no issues. So far it's been a smooth ride, I don't really use my back up camera, but for those who would ... Read full review

The 2015 Kia Soul currently has 3 recalls

All Model Years for the Kia Soul

Certified child passenger safety technicians conduct hands-on tests of a car’s Latch system and check the vehicle’s ability to accommodate different types of car seats. The Soul received the following grades on a scale of A-F.*
* This score may not apply to all trims, especially for vehicles with multiple body styles that affect the space and design of the seating.