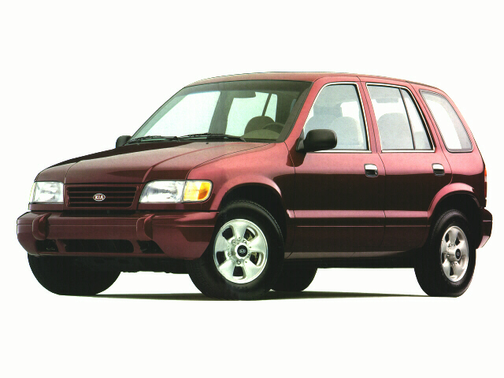 Our 1996 Kia Sportage trim comparison will help you decide.

The adage ”you get what you pay for” never was more true than for the Kia brand of vehicles from South Korea.

You don’t pay much for a Kia.

And in terms of quality, you don’t get much, either.

The Sportage is the second Kia I’ve tested this year; earlier I spent a week driving the Sephia sedan. As with the Sephia, the Sportage has a very pleasing, contemporary appearance and a very respectable engine and transmission. Yet underneath the shapely metal lurks a host of hideous deficiencies that give the vehicle a resounding feeling of cheapness.

If you don’t mind paying less for a vehicle that delivers less, then you may not be bothered by a few rattles, soggy brakes, strange noises, parts that fit poorly, an occasional broken piece and cheap-feeling components.

If Kia engineers made a list of about 15 items to improve to Toyota standards, the Kia Sportage could be a very formidable competitor in the fast-growing minisport-utility segment.

Until then, I’m giving the Sportage two enthusiastic thumbs down.

The Sportage is outfitted with a 2.0-liter, 16-valve, four-cylinder engine rated at 130 horsepower. Our test vehicle came with a five-speed manual transmission. A four-speed automatic transmission is optional.

My first impression of the Sportage was a good one. I twisted the key, put it in first gear and was immediately surprised at the spunkiness of this small off-roader. It moves quickly in first and second gear.

Although the Sportage may be snappy at low speeds, it has little passing power once you get moving. Passing slower traffic on a highway must be a very calculated and well-timed exercise. Also, the double-overhead-cam engine objects loudly when revved up. You’ll hear a sound not unlike a chain saw when the tachometer needle reaches 5,000 rpm.

But the Sportage was generally easy to shift and drive in heavy traffic. The shifter and clutch work smoothly, and shifting the Sportage into four-wheel drive takes just a second or two.

Although not particularly powerful, the Sportage has a semi-rugged, tough feel while slogging through soft sand in four-wheel drive.

Ithink Kia’s engineers did their best work with the Sportage’s suspension system. The vehicle has a good ride, one that reflects where it will be driven. Most minisport-utility vehicles rarely venture into the wild they are street machines.

The Sportage has double-wishbone front suspension and rear coil springs. The ride is soft but not wallowy, and the vehicle is stable when cornering. The Sportage remains easy to control over rough roads.

But the weakness of the power-assisted brakes undermines the competency of the suspension system.

These front disc, rear drum brakes are among the worst I’ve sampled recently. Step on them, and it’s as if the Sportage is riding on banana peels. They just don’t have much bite unless you really put your foot into the pedal.

However, the power-steering system is good. The wheel turns smoothly, and it doesn’t take much effort to turn. The Sportage can turn a complete circle in a commendable 34 feet.

With better brakes and a quieter, more powerful engine, the Sportage would be a lot closer to offering the refined performance hinted at by its attractive styling.

Not long after my test drive, Kia recalled the EX model Sportage to repair a faulty throttle cable. In some instances, the cable might stick, causing the engine to rev up.

Our test vehicle came with only 1,900 miles on the odometer, yet its quality shortcomings were numerous – and aggravating.

I have no reason to believe that the Sportage would break down and leave you stranded on the side of the road; the Sportage ran well during the week that I drove it. But I have plenty of reason to suspect that it would not hold up well over the long haul. Owning this vehiclem ght mean constant trips to the dealer to repair shoddy trim parts and other nonmechanical items.

Some of the Sportage’s shortcomings stem from poorly designed parts, while others can be blamed on cheap components. For example:

The fuse box is located on the kick-panel to the left of the clutch pedal. The plastic door would not stay closed, and I felt it every time I pressed the clutch pedal to shift gears.

Wind noise from the left-side mirror was loud.

There is no weatherstrip above the door that routes water away from the interior. When I opened the door after a rain, water poured in and soaked me.

The weather stripping on the fixed rear windows is poorly attached. A thief could easily remove it by lifting up on the upper corner. Then he could pull out the window and steal whatever is inside.

The turn-signal switch is the worst in the industry. It feels rubbery and flimsy.

I could go on, but you get the idea.

The Sportage is not a high-quality vehicle. And that’s a shame, because it is very nicely styled. There’s also a decent amount of interior room, front and rear, and the seats are comfortable. Our Sportage also was well-equipped – it had cruise control and power windows, mirrors and door locks.

Perhaps Kia will learn the same painful lesson that Korean automaker Hyundai did: Quality is the price of admission in the American market.

Truett’s tip: The Kia Sportage has potential. It is a nicely styled vehicle with a decent powertrain. But the assembly is sloppy, the placement of some parts is poor, and the quality isamong the worst I’ve ever seen.

What a deal way back when

I bought my 96 Sportage used from an elderly retired military officer in 1998. It had 14,000 miles. It now has more than 130,000 and it's still my only mode of transit short of two legs. I've been coast to coast in it pack to the hilt. While fully loaded is was tough going over mountains. (Military pcs orders/transfers) I've never owned such a good reliable vehicle. The only problem wasn't because of the vehicle, only the machanic working on it. Timeing Belt he twice put on was for early 96, not late model 96. It took a jet machanic in Belluve NE who doubled as a backyard mechanic to figure that out. Been religous on oil changes, tires. Changed mufflers three time, one cat.converter (under warrantee) and that's it. What a cherry. F. Bumper paint is only issue. Hope the the 2011 version (thinking its time to buy again) is as good but will keep the 96 just in case.

friend had one, neat little car. little squeezed in the back seat though and even if it was just slightly windy you felt like you were being pushed all over the road. 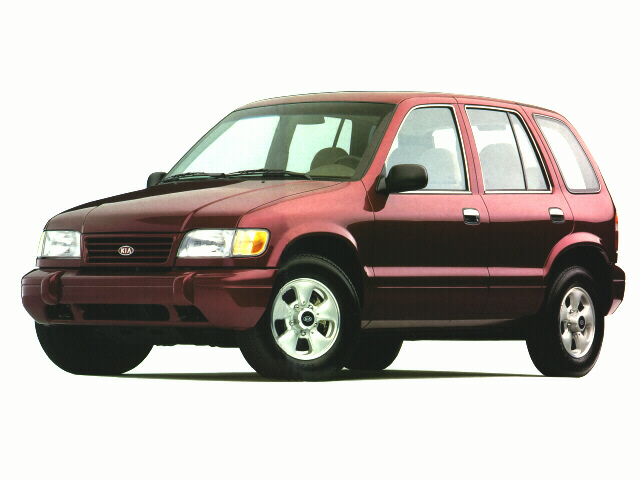 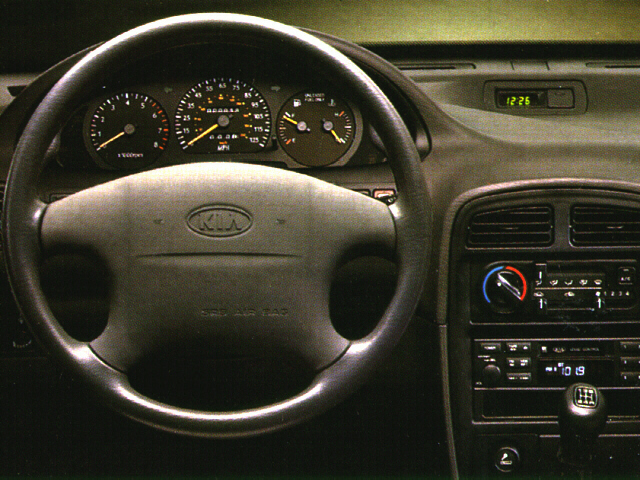