Editor’s note: This review was written in October 2013 about the 2014 Lexus IS 250. Little of substance has changed with this year’s model. To see what’s new for 2015, click here, or check out a side-by-side comparison of the two model years.

The redesigned 2014 Lexus IS boasts a number of practical improvements — and that, rather than the hit-and-miss drivability, is what might appeal most to sport-sedan shoppers.

With its redesigned third-generation IS sedan, Lexus throws down a familiar gauntlet: It wants to build the most fun-to-drive sport sedan in its segment. Yeah, but so does everyone else — and every major luxury brand, from Acura to Volvo, has a gladiator in this arena. The IS has its moments, but Lexus doesn’t drub the class on the fun-to-drive scale. The car’s strengths extend beyond that, however.

The 2014 IS 250 and IS 350 sedans go on sale this summer. As before, either car comes with rear- or all-wheel drive, with sportier F-Sport packages optional for either car. At a press preview in Austin, Texas, I drove various rear-drive configurations of the IS 250 and IS 350.

Molten Styling
The IS’ headlights steal attention from Lexus’ spindle grille, which now graces almost every car in the brand’s lineup. The headlights sort of melt into the front bumper, with a swoosh of LED daytime running lights strung a few inches ahead. Get the F-Sport Package and the melting spreads. The grille swaps straight crossbars for a hulking mesh abyss, and the whole of it swims in a droopier front bumper. I prefer the styling on the standard IS; Dorothy threw water on this one.

Standard dual tailpipes are a nice touch — some competitors have single pipes with their base engines — and an interesting cutline sweeps from the rocker panel through the rear taillights. Overall length is up 3.4 inches, and wheelbase increases 2.7 inches. Despite the extra size, overall curb weight stays about the same. Seventeen-inch wheels are standard, with 18s optional.

Cabin Quality
The cabin features overlapping layers and splashes of upscale stitched vinyl here and there — a welcome improvement over the Toyota Camry-grade molded faux stitching in the Lexus ES. Materials are decent, with consistent graining toward the center console and optional real wood trim. Even the F-Sport’s fake carbon fiber has a convincing 3-D pattern. The shoe drops on materials below knee level, but the IS has eye candy where you see it.

Lexus’ NuLuxe vinyl upholstery is standard, with leather seating optional. Most sport sedans have gone that way for years, though the Audi A4 and Acura TL beat the norm with standard leather. Lexus fakes it well. Minus the faint smell of cowhide, the NuLuxe looks and feels like its pricier counterpart. Eight-way power seats are standard, with a longer adjustment range this year. They should suit drivers of all sizes; my 6-foot 6-inch co-driver even said he had enough room.

Overall cabin volume is now 90.2 cubic feet; that’s up a significant 4.5 cubic feet versus the last IS. Lexus cites a full inch of extra headroom and 1.5 inches of extra shoulder room up front, plus 1.6 inches of additional rear legroom. Adults should find backseat legroom fine. That’s a big change from the last IS, which we named one of seven backseats to avoid (read it here).

A standard 60/40-split folding backseat replaces last year’s fixed seat — a welcome addition given competitors like the Acura TL still have a fixed seatback. It’s a high point for an otherwise diminished cargo situation. Trunk room measures 10.8 cubic feet, which is down from last year’s 13 cubic feet and near the bottom of the segment. Worse still, the IS’ arm hinges now swing into the trunk space versus the last IS’ hinges — and the ones in every major competitor — that tuck into separate channels.

The F-Sport Package has high-bolster sport seats that are supportive and comfortable. Citing leather as too slippery for performance driving, Lexus offers them only in NuLuxe. Slippage be damned; Lexus should offer leather in the F-Sport. Other differences include a unique steering wheel, more faux-metal accents and an LCD gauge cluster inspired by Lexus’ short-lived $375,000 LFA. Check out the photos to see the gauges in action.

Same Engines
The segment has largely moved toward turbocharged four-cylinder engines, as in the A4, Cadillac ATS, Mercedes-Benz C-Class and BMW 3 Series. There’s something to be said for a normally aspirated V-6, even a small one. The 204-horsepower IS 250 has linear, if modest, power delivery. It’s pokier than the torque-rich competition, but you always know what you’re getting with the V-6; some turbo fours deliver peaky, uneven power. (I’m looking at you, Mercedes.) The IS 250’s six-speed automatic has to work harder to keep up the pace; it’s sometimes hunting gears to make the most of the engine’s modest 185 pounds-feet of torque.

Lexus says the rear-drive IS 250 hits 60 mph in 7.7 seconds (8.3 seconds with all-wheel drive). Any way you cut it, that’s slow — particularly in a group whose quickest four-cylinder players hit the mark in the 5- and 6-second range. The sluggishness doesn’t pay off much in fuel efficiency: Lexus expects the IS 250 to attain 21/30/24 mpg (city/highway/combined), which matches the old car; all-wheel drive sacrifices 1 mpg overall. Several turbo-four competitors rate 1 to 2 mpg higher in combined EPA figures. All drivetrains require premium fuel — a disadvantage over competitors like the 3 Series and Audi A4, which merely recommend it.

Lexus expects just one in five IS buyers to choose the 306-hp IS 350. That’s a shame. It’s a capable car with strong acceleration and overall EPA mileage just 2 mpg worse than the IS 250. All-wheel-drive IS 350s have a six-speed automatic, and the rear-drive IS 350 now gets an eight-speed auto. The engine employs both direct and port fuel injection — two injectors per cylinder — and the result lends strong, muscular acceleration through the eight-speed’s short middle gears.

Despite the new transmission, the IS 350 matches its predecessor’s 5.6-second zero-to-60 time, Lexus says. All-wheel drive has little effect (5.7 seconds). Citing scant demand in the prior generation, Lexus says it has no plans to offer a manual transmission with either engine. Bah. Less than 2 percent of all 3 Series, ATS and TL sedans in Cars.com inventory have stick shifts, but each nameplate reaps untold credibility with performance enthusiasts simply for offering it.

Ride & Handling
Suspension changes should have liberated the third-gen IS from its predecessor’s choppy ride, but I question whether they did. Driving the new Lexus and its predecessor back to back, I observed no clear differentiation. Damping in the 2014 IS is firm but controlled, with a similar character among all three suspension options: the base setup, the IS 250 F-Sport’s sport-tuned suspension or the IS 350 F-Sport’s new adaptive suspension. The C-Class and softer versions of the 3 Series ride better, and the cruising-oriented Volvo S60 beats the whole crowd.

But Lexus shines in rapid elevation changes, staying poised in up-and-down pavement where some float. I drove the IS 350 F-Sport and a few competitors at Driveway Austin Motorsports, a technical road course with replicas of world-famous racetrack sections that include Mazda Raceway Laguna Seca’s infamous corkscrew. Challenge the IS with such off-camber fare and it hunkers down and barrels through. The IS 350 F-Sport’s variable-ratio steering feels deliberate — almost heavy — and dials in precise angles, but the nose pushes earlier than the 3 Series, which stands as the drift king of this class. (Fixed-ratio steering is standard.) Even at its firmest setting, the IS 350 F-Sport’s adaptive suspension allows a touch too much body roll for such maneuvers, and with either steering system, sliding the tail out takes practice.

All IS models get Lexus’ Drive Mode Select system with Eco, Normal and Sport modes that affect power-steering response, drivetrain sensitivity and, in the case of Eco, air conditioning. (EPA ratings were not calculated using Eco mode, Lexus says, and the brand has no internal estimates of the mode’s fuel-efficiency benefits, if any.) Sport mode’s alleged reduction in power-steering assist feels minimal, but it holds lower gears longer and downshifts sooner — both appreciated, especially in the IS 250. The real magic comes from the IS 350 F-Sport, which dispenses Sport mode for “Sport S” and “Sport S+” modes. The latter puts all systems at full boil. Drive the car hard and it’s a reliable ally. The accelerator responds instantly; the eight-speed automatic downshifts aggressively when entering corners and keeps the engine at power-spewing revs when coming out.

The front disc brakes measure just 11.7 inches in the rear-drive IS 250, which is tiny for this crowd. The IS 350 has larger discs — 13.2 inches up front — and all F-Sport cars get high-friction brake pads, which shave off speed with linear pedal action and strong overall stopping power, a relative weakness by contrast in the C-Class and TL.

Safety, Features & Pricing
The IS has not yet been crash-tested. Ten standard airbags include a twin-chamber front passenger airbag, which aims to reduce facial contact. The required electronic stability system and antilock brakes are also standard. Safety options run the luxury gamut. Blind spot warning, rear cross-traffic alert, automatic high-beam headlights and lane departure warning are optional. So is adaptive cruise control with a forward collision warning system and automatic braking at the point of no return. Like all such systems, it aims to mitigate — not necessarily prevent — collisions.

IS 250, IS 350 in the Market
Lexus claims the IS has younger customers than the 3 Series, A4 or C-Class. That should play well into the model mix, where the brand expects 80 percent of shoppers to choose the IS 250. The car’s practical improvements should boost its appeal to that crowd, which may weigh the drivability aspects less. Lexus won’t conquer the segment with the new IS, but the results should still find enough new buyers.

January 6, 2021
By Martyp from Las Vegas, Nevada
Owns this car

Quality all the way! Extremely comfortable and fun to drive! The fit and finish is amongst the best in the auto industry. Resale value beyond compare.

Rating breakdown (out of 5):
4 people out of 4 found this review helpful. Did you?
Show full review
3.4

Not the most comfortable Lexus but has good performance and very good gas mileage. Great size trunk. Abnormally large trunk actually. They could of gave the back seat some more room and the trunk less room.

This car looks and feels like a high dollar sports car, but is practical and comfortable at the same time. it incorporates technology to make it a blast to drive and has all the safety features. Plus the quality you expect from Lexus.

Rating breakdown (out of 5):
2 people out of 2 found this review helpful. Did you?
Show full review
See all 69 consumer reviews

All model years for the Lexus IS 250 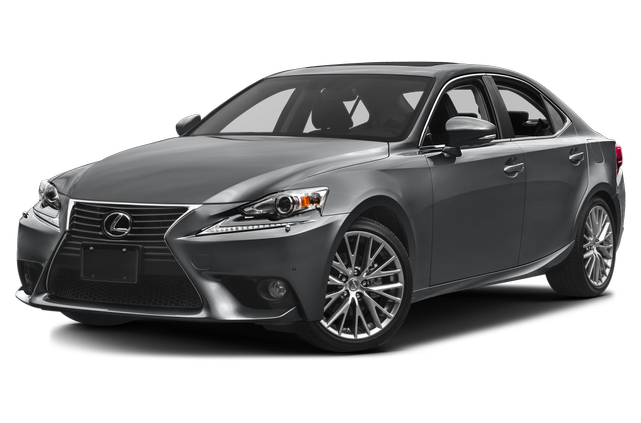 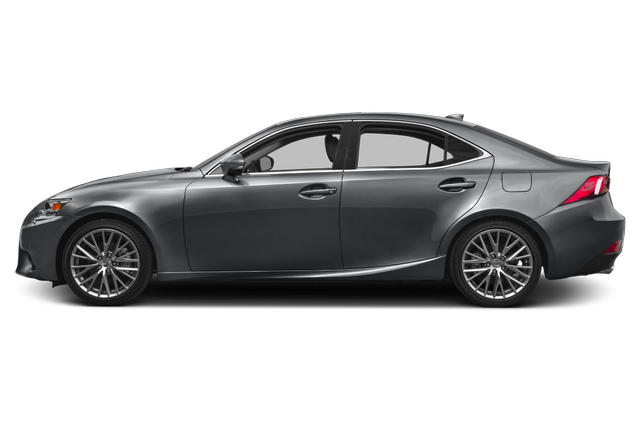 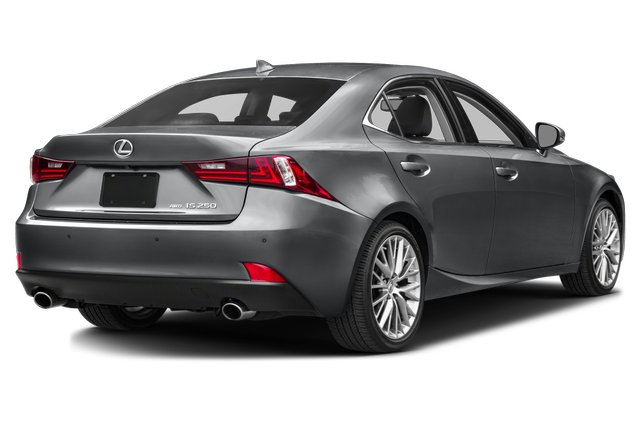 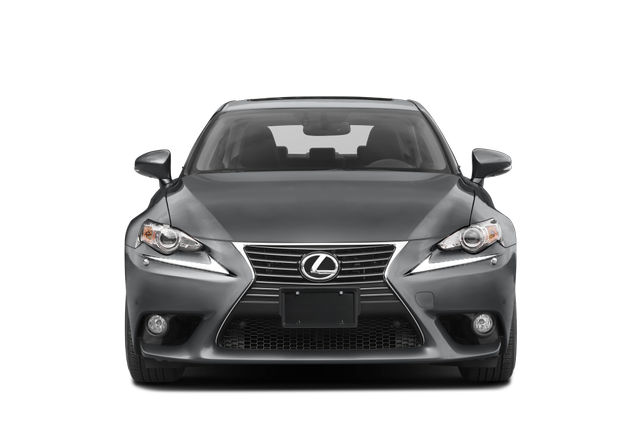 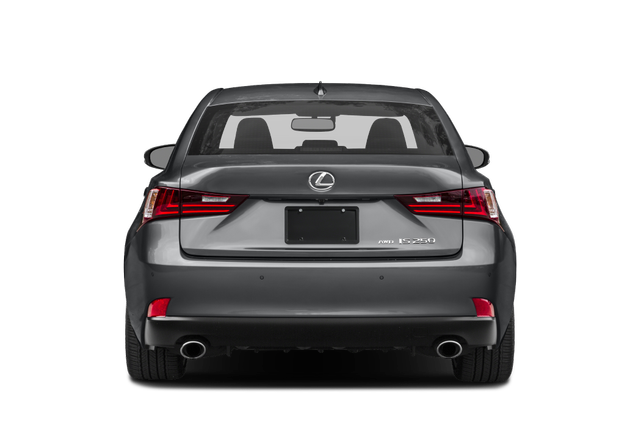 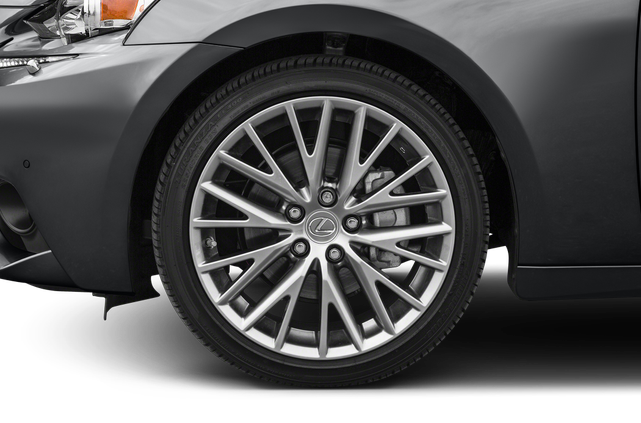 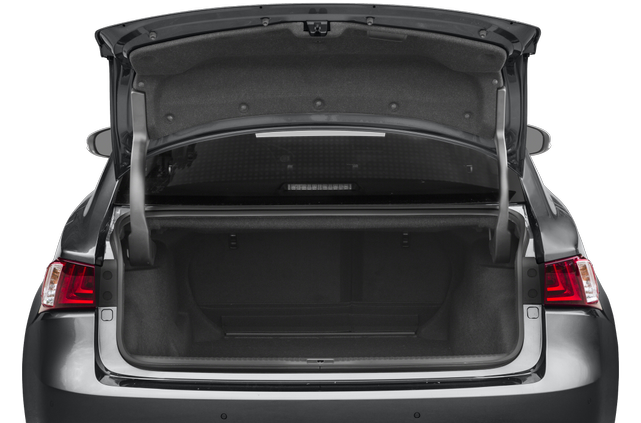 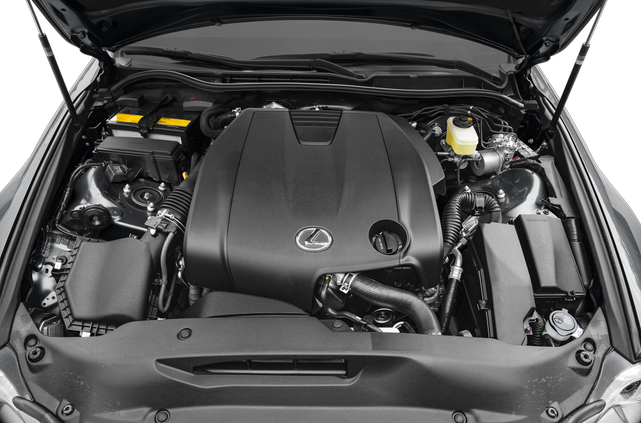 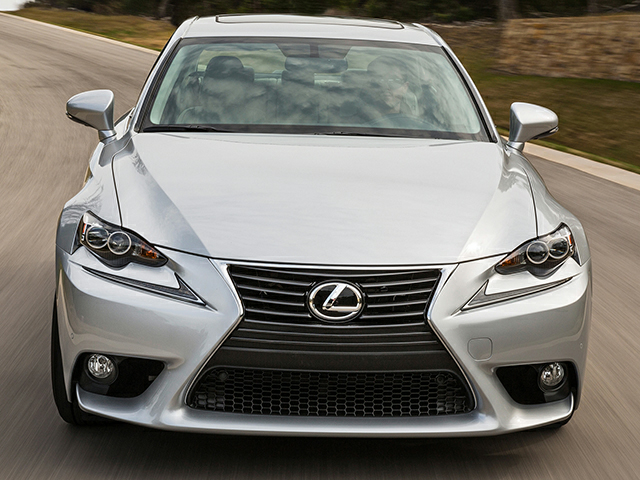 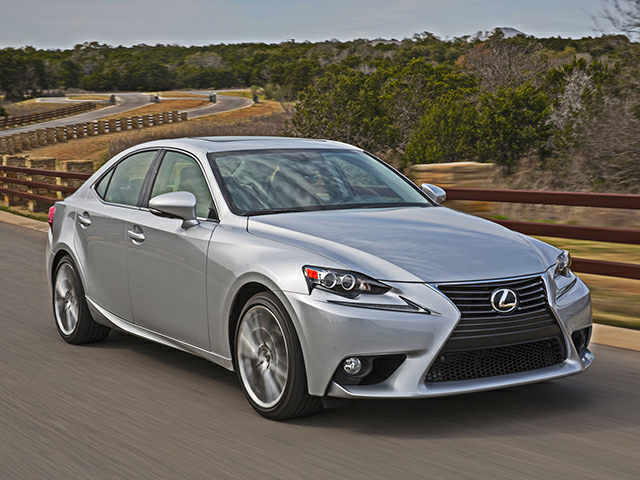 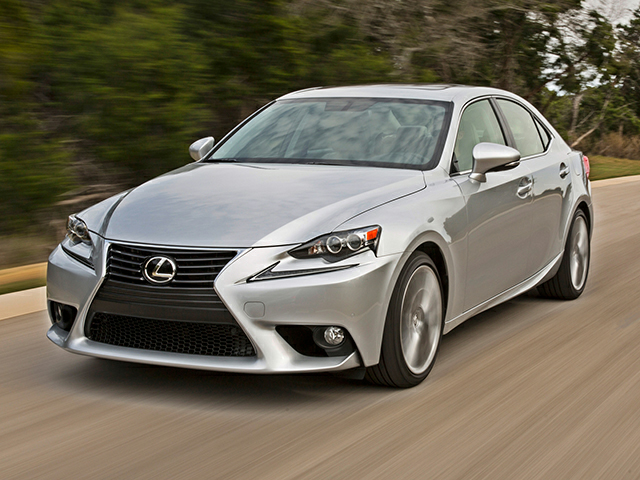 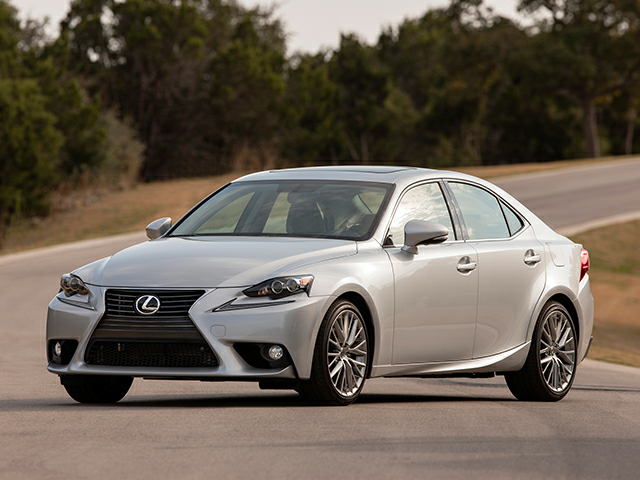 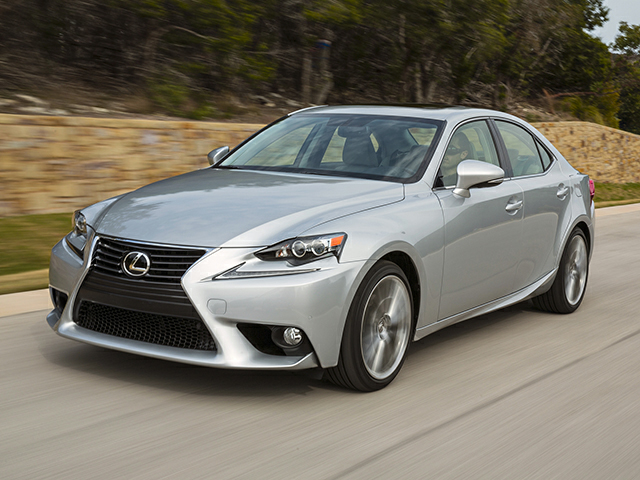 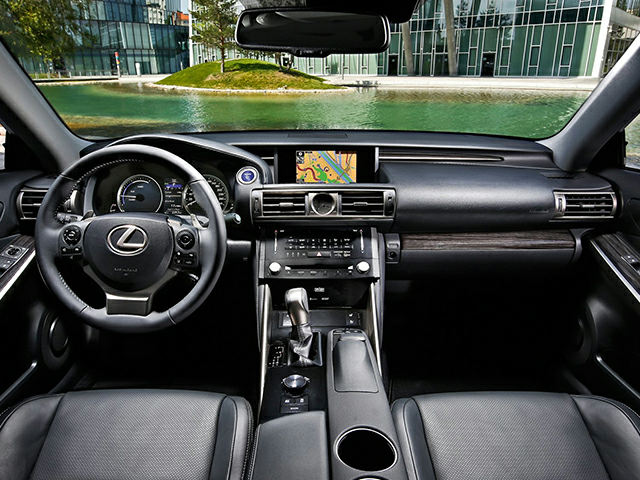 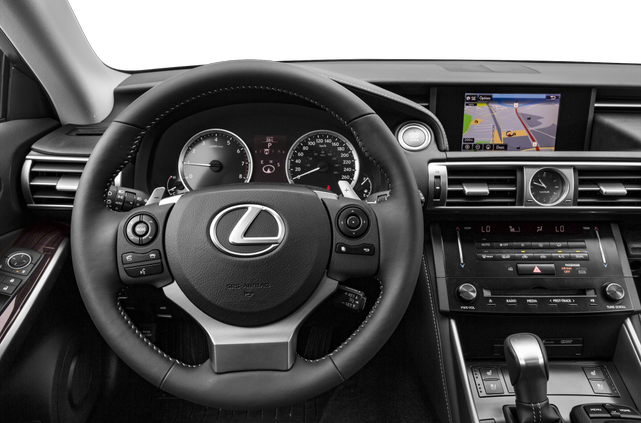 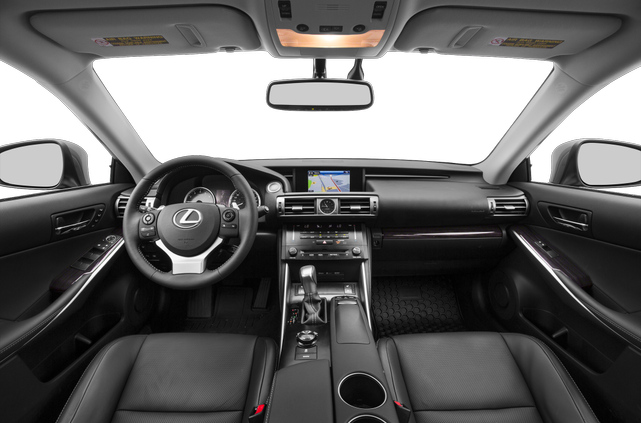 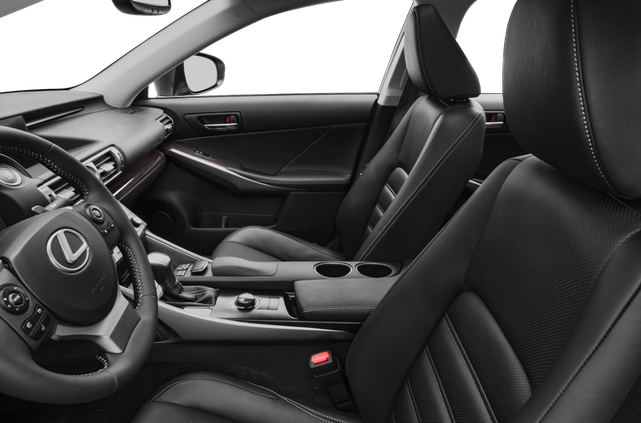 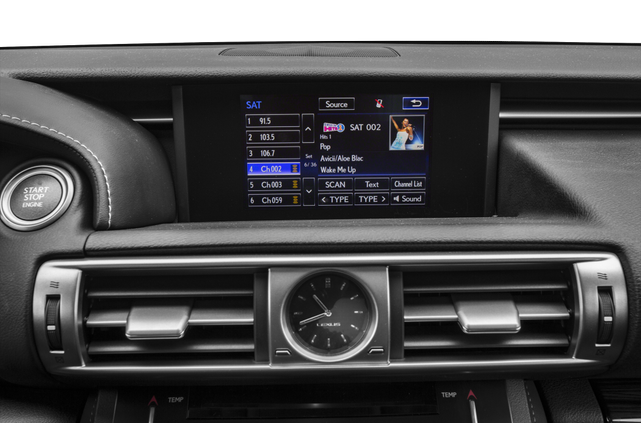 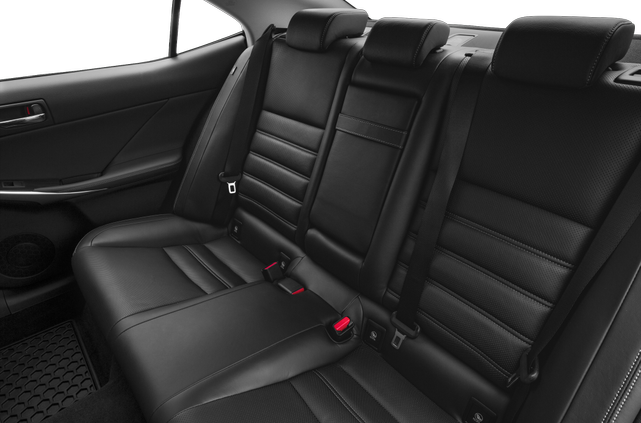 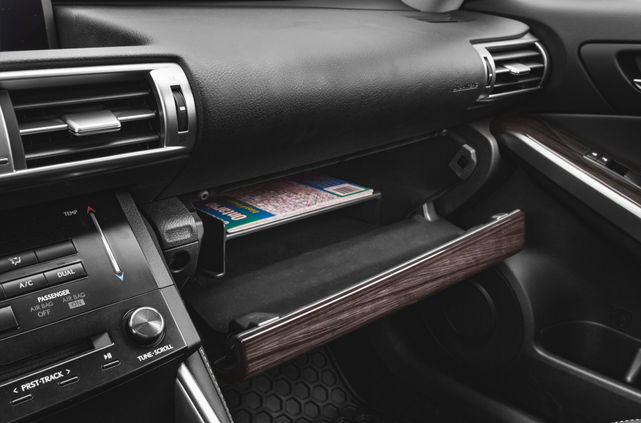 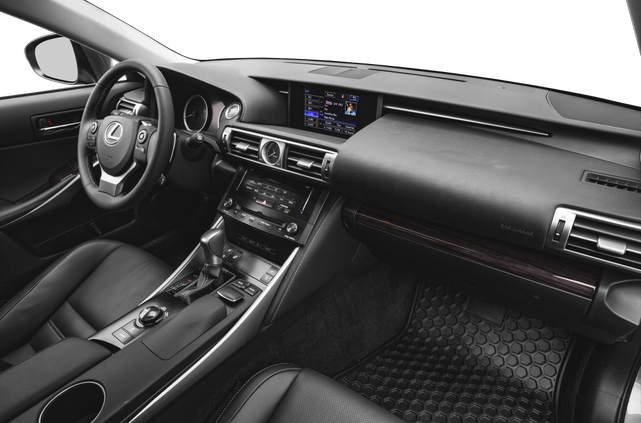 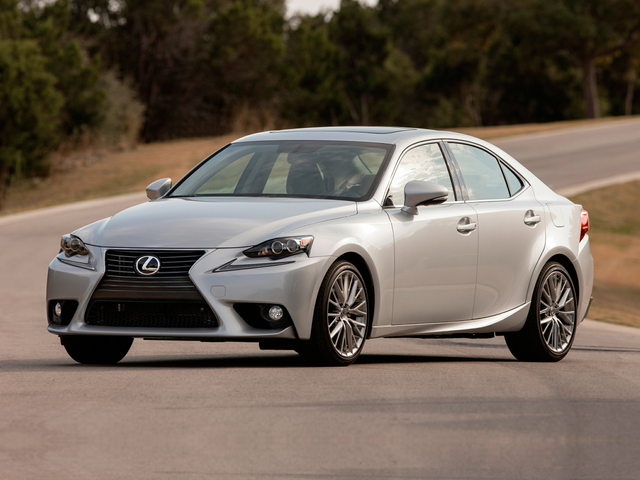 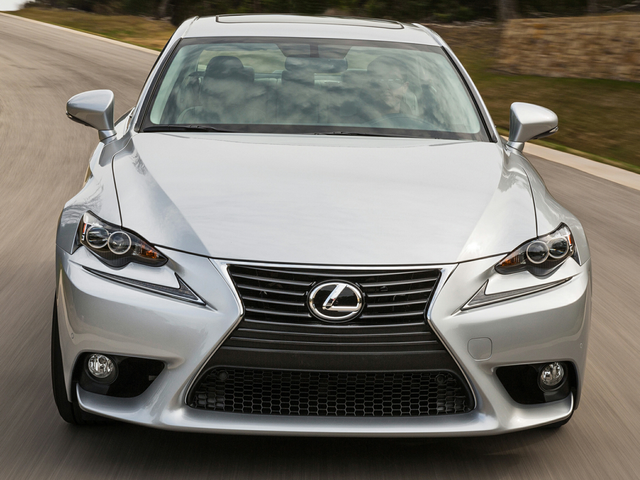 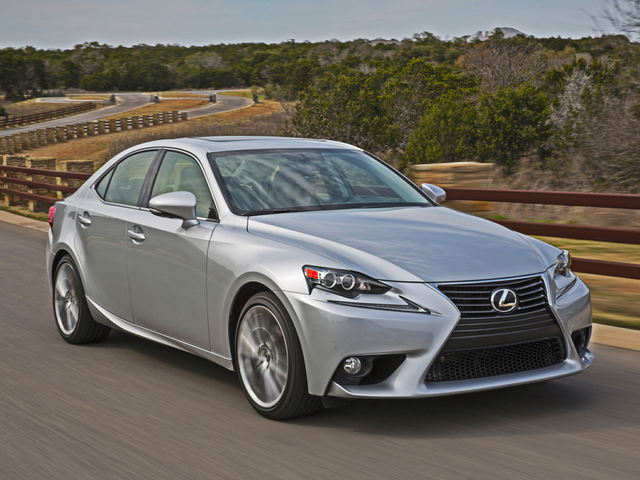 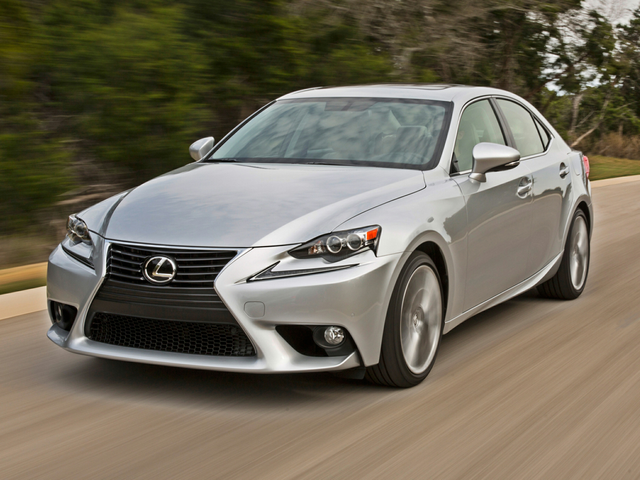 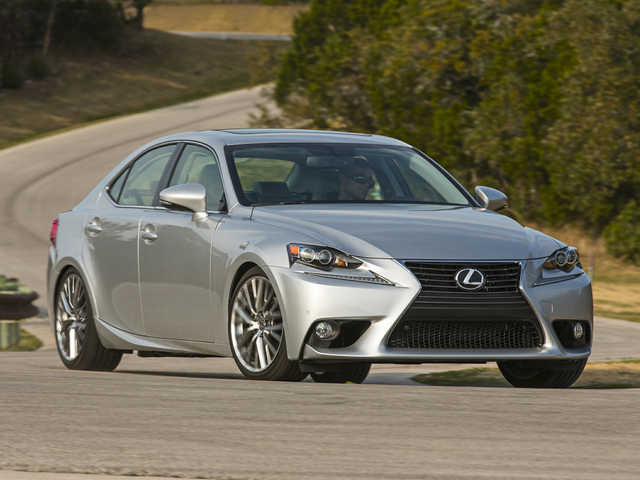 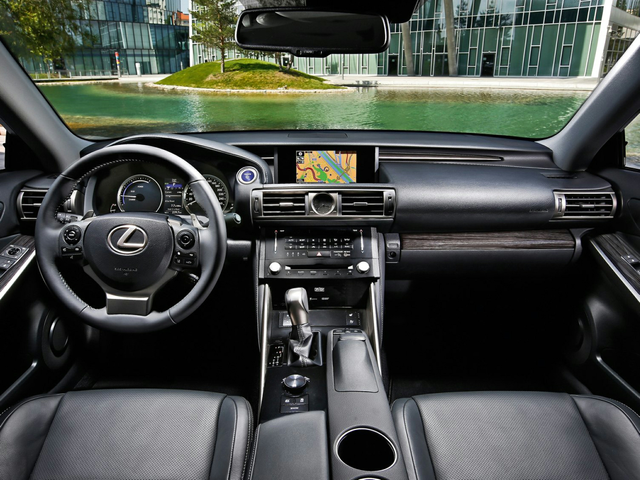