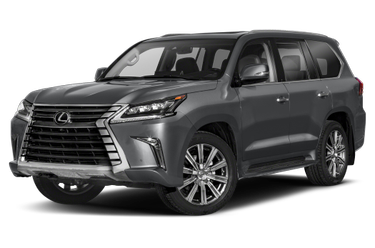 Not at all worth for the price you pay

Driving and handling is nice but nothing else. Third row is better and more comfortable compare to Mercedes GL 450,550, Escalade , Audi Q7 . But no USB ports in the third row for chargers etc. the technology and features are WORTHLESS . So so complicated. Navigation is touch screen. Middle console is so cluttered with all the switches and shift . Cup holder are worse. Cup holders in side doors are worst. Cannot stick kids drinks or anything.second row has heating and air conditioning control in middle of the seat itself. Cannot use these if someone is seating in middle. Glove box is so small. Basically u have no place to put the car keys or phone or any other small thing u may have. No place at all. Keep your stuff in your pockets. Heads up display is ridiculous . I don?t do off reading so never tried those features. But in real life who does off roaming In $100K vehicle. Bought it in October 2017 and needed breaks in January. This car is not worth for the money. Lexus does not stand behind their vehicles. If anything needs repair then it is nightmare to get it fixed under warranty. Drove Infiniti qx 56 and 80 since 2006 and never ever had any issues with car or getting warranty repairs on anything even the breaks or customer service. Verdict - LEXUS SUCKS. Stay Away

Rating breakdown (out of 5):
1 person out of 5 found this review helpful. Did you?
Show full review
5.0

March 7, 2018
By DILLY from NORFOLK, VIRGINIA
Owns this car

THIS IS THE MOST LEXAXING AND RELIABLE TRANSPORTATION , IT IS VERY SMOOTH DRIVING, GAS EFFICIENT, IT IS THE ULTIM ATELY LUXURY THAT IS EASY TO FALL IN LOVE WITH. YOU WILL LOVE IT TRY IT FOR YOURSELF. YOU CAN TRUST IT. YOU ARE SO RIGHT.

February 7, 2018
By DILLY from NORFOLK, VIRGINIA
Owns this car

A CLASS VEHICLE I HAVE OWNED. ALL ITS FEATURES ARE OVERALL PERFECT. IT HAS EVERYTHING THAT YOU WOULD BE LOOKING FOR IN YOUR TRANSPORTATION THAT YOU DRIVES AROUND EVERY DAY. I WOULD ONW IT OVER AND OVER AGAIN.

I don't have one yet, I ride one of my friend who owned one. and it is so good,, I'd liked to have one in the future. I'm still working on my budget.

Best combination of most sought after features!

This car is quiet, comfortable, reliable, and fun to drive, packed with many helpful features. We've owned eight BMW's and many other cars over the last decade, including a platinum trimmed Toyota Sequoia, Lexus' sister company. We loved every BMW we owned but this Lexus combined the smooth and comfortable ride of a BMW with the reliability of Lexus. We recently sold our LX 570 but will buy another very soon. I would recommend this vehicle to anyone.

July 25, 2017
By PashaRoxy from Bayside, Wisconsin
Test drove this car

The best car I have ever owned!

The LX570 has more than exceeded my expectations for a large SUV. Safety, power, reliability, comfort and styling are just a few words of many I could use to describe my LX570. The routine service for my LX570 at Park Place Lexus has been exceptional and has added to my enjoyment of owning my 2008 LX570. My vehicle still is "new" in my mind!!!

Has everything you ever want in a car

June 1, 2017
By Atl Max from Hoschton, Georgia
Owns this car

It meets all my needs in a vehicle. Comfort, luxury, styling, power, space, features and everything else the vehicle offers

February 23, 2017
By TommyJames from Seattle
Owns this car

This is my 4th Lexus LX570. I've wanted something different, just out of boredom, having had four in a row. I keep coming back because this is such a unique vehicle that nothing else can touch. For starters, unlike the other review here, I got mostly in the mid to high teens in gas mileage. On a freeway drive here in the Northwest, expect to get around 19 MPG. The lowest and worst I ever got was around 12. This is however a very big, very heavy vehicle. Here is why nothing can touch it. For starters, the resale is incredible. I paid around $90k for a 2014 new and that vehicle will sell at retail for the high 60s just three years later. The thing is bomb proof and never once has any of them ever gone in for unscheduled maintenance of any kind. The feature list is very long yet it's a true off-road vehicle that can do amazing things in soft sand as well as climb over rocks without any problem. I strongly suggest hunting around for some videos of it running offload. What I don't like about it, are things like the folding seats that limit cargo capacity, the lack of ability to see some switches when driving, such as wiper settings, and it's a bit ho-hum in general. It doesn't have the same status as a Land Rover, but it won't fall apart either. Even Mercedes has more perceived status, but is far more feature-antiquated. Cadillac has terrible resale and still feels cheap by comparison. I couldn't get past the super-ugly looks of the Infiniti even though the specs are slightly better. Seriously, the QX80 needs to run with a paper bag over its head. It looks like something only Willy Wonka would drive. I also think it's less qualified off-road, as are the others except for Land Rover. While Land Rover has a beautiful interior, I got tired of going back in for unscheduled maintenance, just to fix stupid stuff. I thought the Mercedes was a slightly better driving SUV, but the interior and features are extremely dated, not to mention the super-silly iPad on a stick style screen. When it comes to long freeway drives, I've done the entire Pacific Coast several times in LX570s and it's never fatiguing. It's extremely quiet inside, and I'm guessing the quietest of the bunch. It's also very rare on the road, so when you see another, it's always that nod to the other, that they too made a good choice. The cool box between the seats is a must and it's very fast at cooling anything because it's blowing very cold air rather than just a cold space that eventually does the job if you're in the vehicle long enough. The third row is dog-friendly with the seats down, but not up. The others are all better dog cars if your plan is to keep a flat floor. The best part is that this beast is extremely well made and very durable. Everything is overbuilt, and even the seats don't show early signs of wear as they did with my Range Rover Sport. Yes, others will seem faster off the line, but in reality, you're not going to drive this aggressively anyway. If you're serious about buying the very best SUV money can buy, this is it. If you're a performance enthusiast, this is probably not the best choice, but if you're someone who just wants the best without argument, unfortunately it's still the only choice.

Stay away from this insane gas guzzler!

February 4, 2017
By rbroome from Charlotte, NC
Owns this car

I just purchased a 2017 Lexus LX570 from a guy named Sherif at Hendrick. I came out of a 2016 Range Rover. Stay far away from this Lexus. I drove it to Asheville and then Cherokee. It got about 9 mpg on the trip and only about 5 mpg driving from Asheville to Cherokee. There is no excuse for building a vehicle that's almost $100k with this type of fuel economy in 2017!

Rating breakdown (out of 5):
0 people out of 3 found this review helpful. Did you?
Show full review