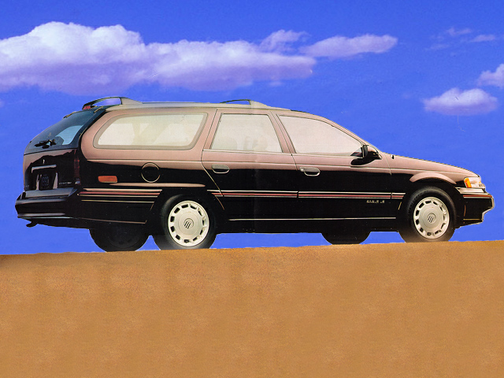 Our 1992 Mercury Sable trim comparison will help you decide.

At Ford Motor Co.’s Lincoln-Mercury Division, evolution rather than revolution is the game plan for 1992.

Even though the 1992 Mercury Sable sedans and wagons have been given their first major redesign since being introduced on Dec. 26, l985, the new cars are very much a matter of new sheet metal and interior gracing proven mechanical components.

That’s akin to running the bases with one foot on home plate, as the Sable has been one of the more successful offerings from the division.

“I’d have to say it was our second-best seller,” said Jim Schofield, general manager of Collins Lincoln-Mercury. “The best is our Grand Marquis. But with these new styling changes I’m looking to do better with the Sable than we’ve done in the past.”

In essence, the ’92 car is the second-generation Sable, with every exterior body panel new except the roof. The same effort has gone into the interior, which has a new instrument panel, door trim and seat design.

The way this is done, however, everything is changed without being changed. Most certainly there is a new look, but not to the extent that a driver will feel he or she is in a different world. Control switches, buttons and the like have been made larger for ease of operation, but fundamentally they are in the same location as in the past.

“The instrument panel is one of the main things that is catching the attention of customers,” Schofield said. “That and the subtle changes to the front end are very appealing to them.”

The front end has a sleeker contour with more-streamlined bumpers and headlamps. There is an updated version of the Mercury’s distinctive front light bar.

The Sable is a family-oriented automobile, with room, ride and handling characteristics geared to utility rather than sports-car driving. Yet to assist the front-drive’s roadability, Mercury’s variable-assist power steering system is standard on all models.

In driving a Sable LE sedan from Collins, it wasn’t necessary to reacquaint one’s self with the different features of the automobile. Rather, there was that sort feeling that we had been driving the new four-door forever. Everything fell almost automatically to hand, so all it took was to climb in, turn on the ignition, and go.

Sable owners will find that by the time they get to the first stoplight the car will feel like they’ve been here before.

The car was equipped with Mercury’s optional 3.8-liter V-6 that is part of a $2,346 Preferred Equipment Package. When all the bells and whistles are added to the package, it raises the price into the outskirts of the luxury-car market. But it makes the sedan a class act that is a pleasure to drive.

The 3.8 also enhances greatly the Sable’s flexibility, especially in passing. On balance, it improves the overall operation over the standard 3.0-liter V-6.

You have 140 horsepower with the 3.8, and while that is only 5 horsepower more than the standard 3.0-liter V-6, the difference in torque from the bigger engine is major.

The midsized car’s split-bench front seat accommodates three people, although it is going to be more comfortable used as a five-seater than a six. Still, the redesign has increased front-seat hiproom and rear-seat headroom.

The Sable still has door sills cut into the roof so you don’t have to duck getting in and out.

I wouldn’t call the ’92 Sable an exciting automobile. And of course it is not designed to match the accouterments of the Mercury Grand Marquis. But it’s an upper-class motor car, one that has the attributes of a big automobile in a midsized package.

Indianapolis Lincoln-Mercury dealers expect the Sable to account for between 15 percent and 20 percent of total dealership sales.

After having Head gaskets, water pump, timing chain, radiator, sepentine belt and tensioner replaced it has been a very reliable car with 138,000 miles on the odometer. 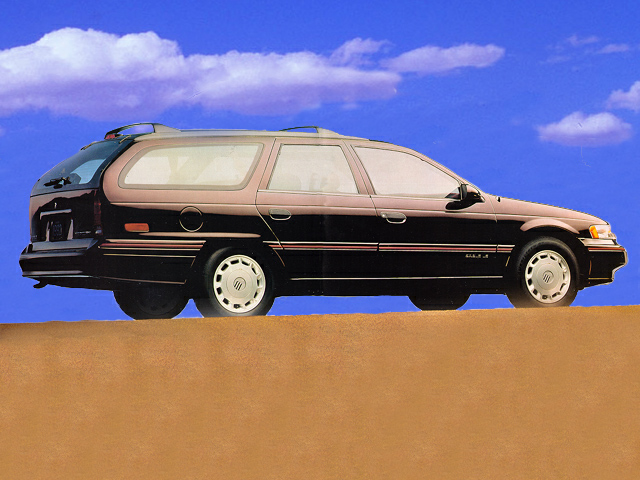