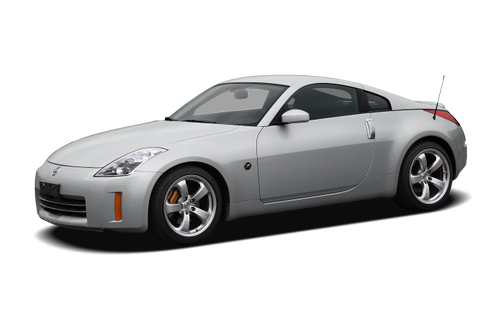 Our 2006 Nissan 350Z trim comparison will help you decide.

THE SKINNY Nice touch: The amazing quiet of the car driven with its top down — and no shudders from the cowl. Annoyance: We had to pay extra for carpeted floor mats

I’ve driven many cars lately, literally from A to Z. There was a Model A Ford, which I double-clutched for shifting purposes through the sweetgrass lowlands of my father’s South Carolina neighborhood. And there is today’s test car, the 2006 350 Z roadster from Nissan. It doesn’t require double-clutching but tempts drivers with clicking, close gears through all six settings of a manual gearbox.

Some cars rumble through time as classics: including the Model A, of course, five-window Ford coupes, certain Cadillacs, and the Barracuda.

Others are affordable and reliable sports cars that will stand the endurance race of time. I include among these great ones the Mustang, Corvette, Porsche, and Mazda Miata.

And, of course, the Z series from Nissan — specifically the 350 Z roadster GT. While I usually like to start by writing about where the rubber meets the road — and how it grips — this time I’ll first describe how the buttocks meet the seats: Cool. Real cool. The firmly bolstered seats feature a mesh net base that lets air flow between you and the seat. It makes for a comfortable ride.

The Z car arrived here many years ago as a Datsun (which mostly featured tiny pickup trucks) and was called the 240Z. Expectations for it eventually got too high, resulting in the 350ZX and, in 1996, the end of an icon.

For 2006, Nissan has done some fine-tuning. It has added an aggressive, bladed grille, and given the rear fender line a muscular punch. It also features a drop-top with added horsepower. But today’s car comes without the attendant cowl shudder that power, a cut-off roof, and forward-balanced weight would normally bring to a convertible.

Instead, you get a balanced feel, a tactile response from the steering wheel, and seat-of-the-pants stability. The speed-sensitive steering makes it an aptly docile car in parking lots, and responsive on interstates.

Granted, you sit low. But you should. By looking out over the hood, well ahead, you can anticipate rather than just react .

And if you buy this car, you had best drive it hard or sell it. To do otherwise would be like owning a Swiss Army knife without fully opening it.

The basic 350 Z features a 287-horsepower V-6 with a five-speed automatic transmission, while the hot test car boasted a 300-horsepower, six-speed manual, which made it more fun.

There is some oversteer, but that’s to be expected, given the horsepower that is driving our rear-wheel-drive test car.

The trunk — if you want to call it that — is tiny. The best storage space is a bin between the front and the rear seats (which are basically useless). Nissan may call them buckets, I call them pails.

But you can live with it for a weekend cruise.

If you want totally stiff upper-structure, go with the coupe with its bracing top. If it’s wind-in-the-hair freedom you’re after, then this is your ride. Both come with great safety appointments. For example, our test car featured an antilock brake system, standard side impact air bags, and stability and traction control.

All cars will offer this much safety someday. Shop only for those that do it already.

Shop it against: PORSCHE BOXSTER Priced up to the mid-50s, but arguably the best handling car in its range. Nearly 250 horsepower at entry level, about 280 at high end. And so much fun.

FORD MUSTANG You can have 300 horsepower, a leather interior, and tons of retro fun for less than $30,000. Hard to beat this bargain.

CHEVROLET CORVETTE A sports car with 400 horsepower, world-class performance, and less than $50,000? May be the best buy on the planet.

This 350z is very reliable and fun to drive Also very affordable. Maintenence is cheap on these nissans. I wouldn't use it as a daily driver,unless your very young,but still very comfortable for your casual cruising.

A blast to drive and easy on the pocket book!

December 2, 2019
By Mike Loves cars. from Jacksonville,FL
Owns this car

The car has great road holding,huge power and exhaust sounds good with out being obnoxious. The Bose sound system is amazing.The seats are comfortably. Fun to drive!

Great fun to drive and own.

“Current odometer is 26,936. - Exterior and Interior are in great shape -- below normal "wear and tear". The top is in good shape and works perfectly. All four tires are basically new. This Z has super low miles and is in great shape.” My wife's car -- great fun to drive but she doesn't drive anymore.

Rating breakdown (out of 5):
5 people out of 5 found this review helpful. Did you?
Show full review
See all 73 consumer reviews 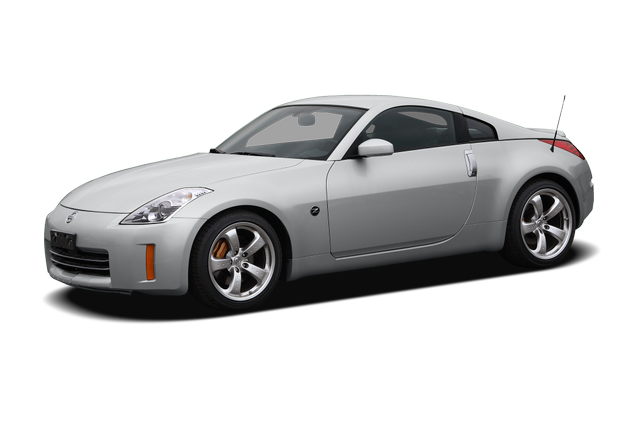 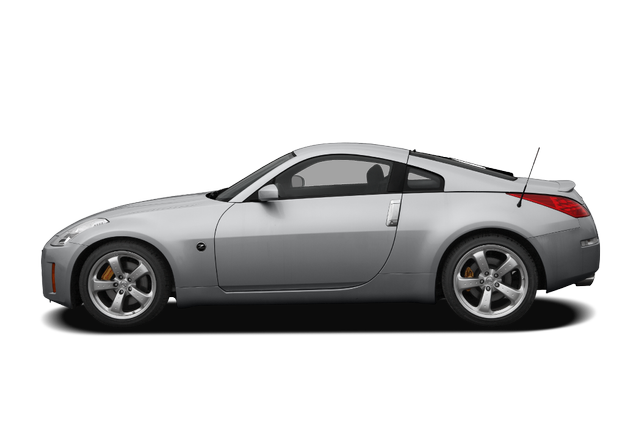 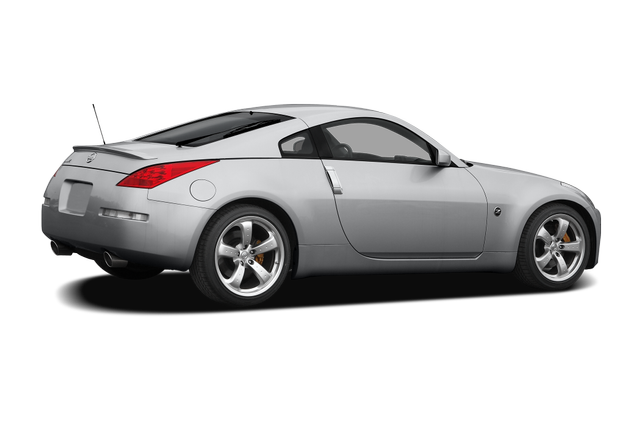 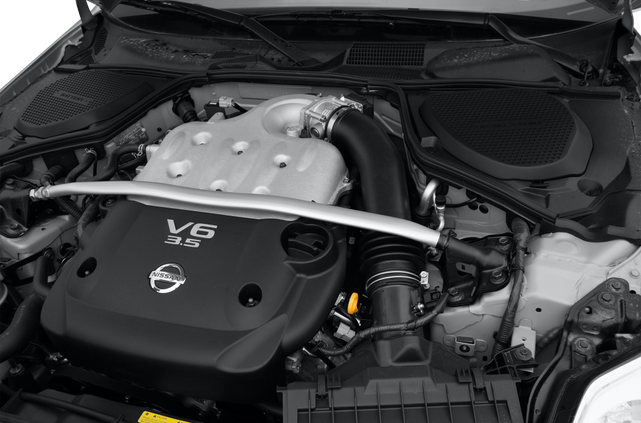 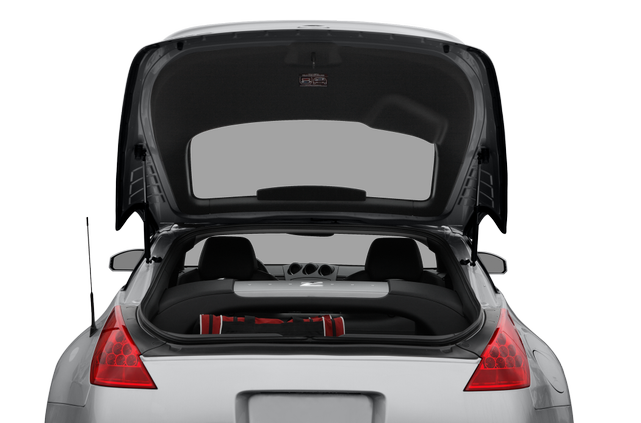 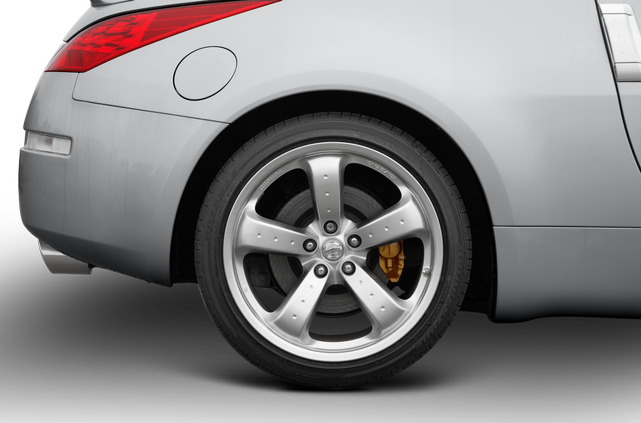 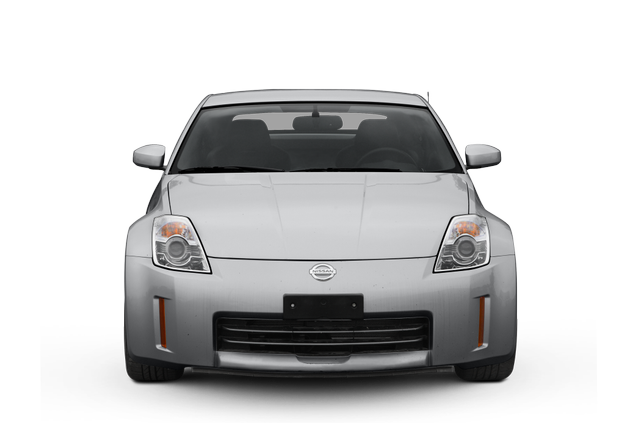 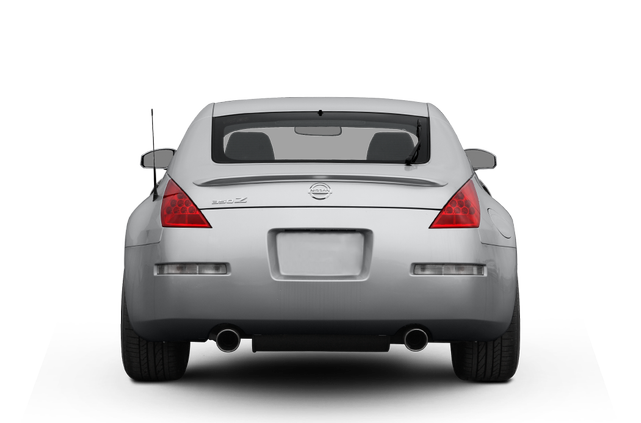 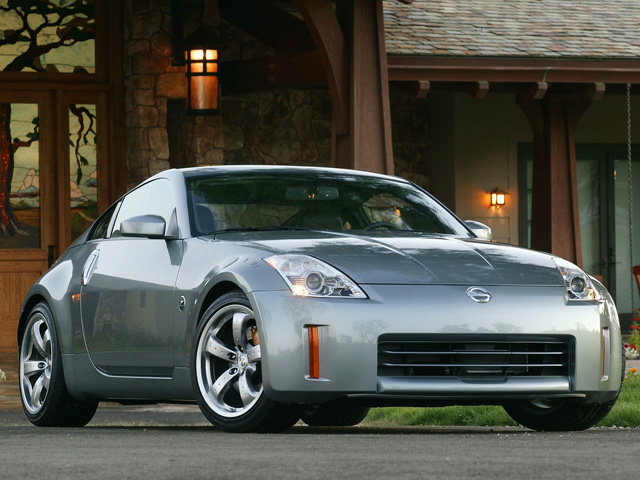 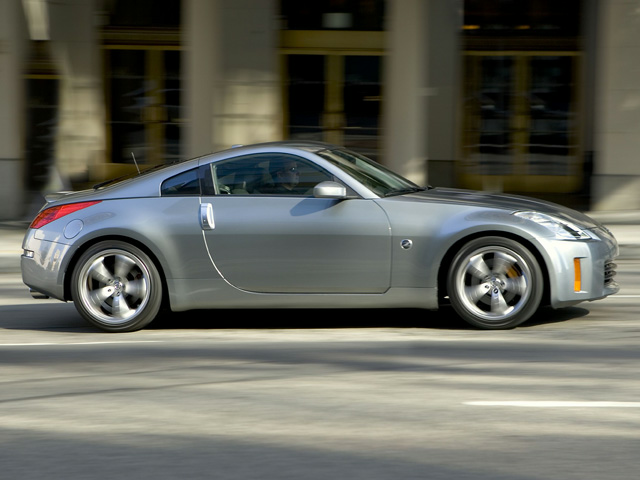 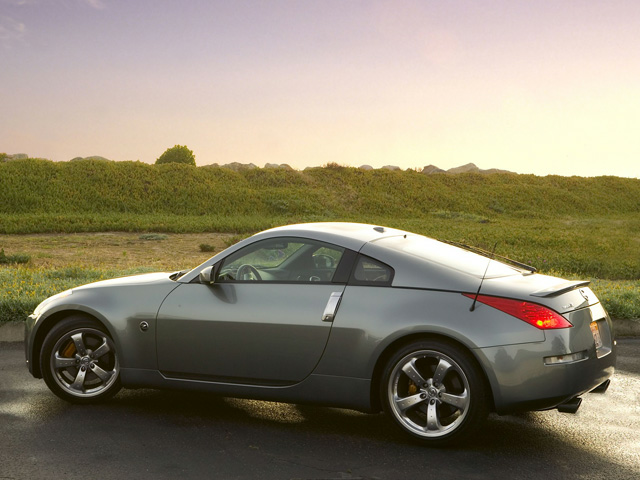 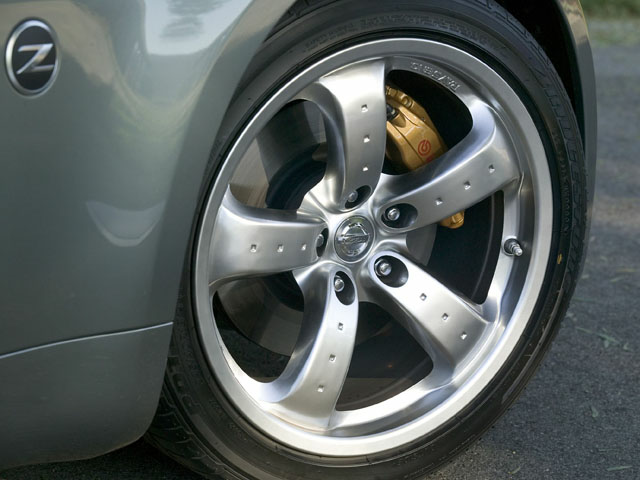 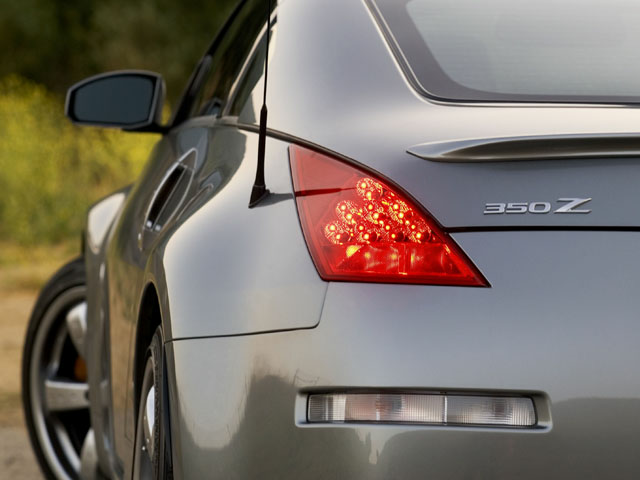 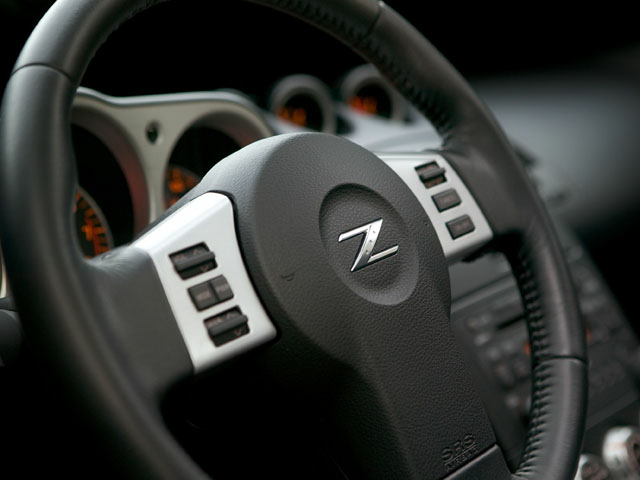 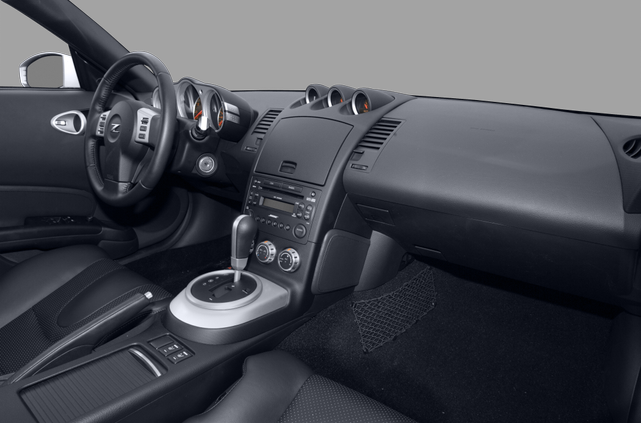 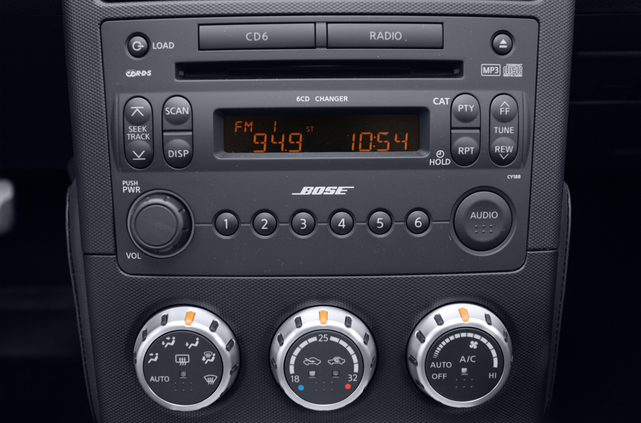 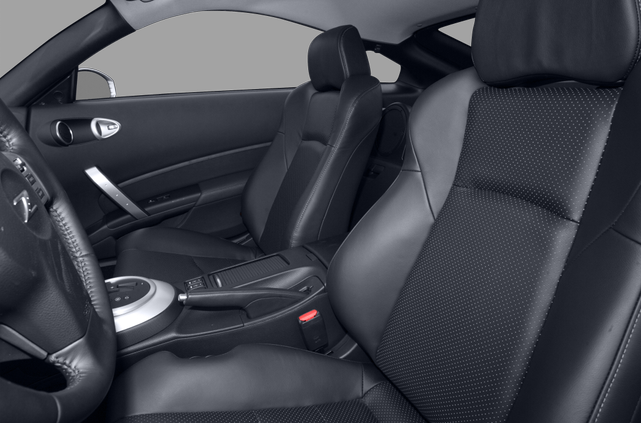 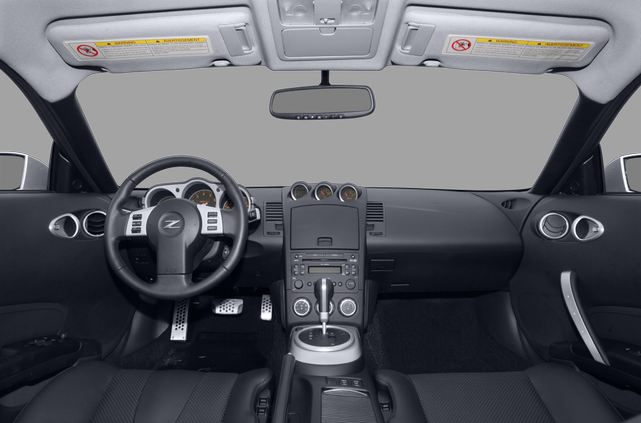