Our 1998 Nissan Frontier trim comparison will help you decide.

When it comes to trucks, size matters.

But they balk when asked to pay a lot for a small truck. Nissan’s truck sales are down nearly 50 percent this model year.

I can’t find fault with the new Nissan Frontier. The Japanese automaker has done a superb job updating its small truck, one of the longest-running series of vehicles on the market. (Until the current generation was named Frontier, Nissan’s truck didn’t have a name.)

But after comparing what you get on the Nissan Frontier XE King Cab with the base model Ford F-150 and Chevy C/K full-size trucks, it makes little sense to buy the Frontier. For barely $1,000 more, the full-size Ford and Chevy blow the doors off the Nissan in every category that matters — engine size, hauling capability, equipment and accessories.

All Frontiers come with a 2.4-liter, inline, four-cylinder engine that is rated at 143 horsepower. Later this year, Nissan plans to make a 3.3-liter V-6 optional. A four-speed automatic transmission adds $956 to the window sticker. Our test truck came with the standard five-speed manual gearbox.

At first the Frontier seems a bit sluggish, as if it is struggling to break free and get moving. But once you get under way and the engine builds a few revs, the Frontier starts to move with a little more verve.

During the time I tested the Frontier, I noticed that the engine would strain badly if the transmission was not in the proper gear.

Some engines have enough power to get a vehicle going even if the speed is too slow for the gear. But this is one engine that doesn’t generate much power when the RPMs are low.

Despite frequent shifting in city traffic, I found the Frontier to be an easy truck to drive. The clutch pedal is smooth and easy, and the gear shifter clicks quickly and lightly into each slot.

Nissan engineers stiffened the Frontier’s frame by adding all sorts of panels and brackets and braces. The result is a more refined, better-riding truck than previous models.

The suspension system seems fairly soft when you roll over small bumps, but it firms up nicely when the going gets rough. The Frontier has a fairly rugged feel.

However, the anti-lock brake system is one area where Nissan chintzed out. The system is operable only on the rear drum brakes; on many other trucks, the ABS system works on all four wheels.

But the Frontier’s brakes work well and stop the truck quickly in most instances. On slick roads, four-wheel ABS would likely shorten the stopping distance.

Nissan is perhaps second only to Toyota when it comes to building high-quality, durable vehicles. The new Frontier, which is made in America, likely will uphold Nissan’s quality tradition.

Despite s ome hard driving, I didn’t hear any squeaks or rattles. The Frontier also is quiet at highway speeds. The doors seal against the body tightly, shutting out wind noise.

For its $16,000 price tag, our test truck seemed to be lacking accessories. It did not have power door locks, windows or mirrors.

Electric windows would be nice because the cab is a bit too wide to lean over and crank open the passenger side window. It’s also a drag, initially at least, to manually adjust the passenger-side mirror.

Our light green test truck came with a sliding rear window and small fold-away jump seat for one rear passenger. There’s plenty of room behind the rear seats for items you want to store inside the vehicle. I put several boxes back there and found it was no trouble putting them in and taking them out.

I like the style, comfort and dimensions of the interior. The cloth seats are superb. The redesigned dash, along with a slighter wider body, enabled Nissan’s interior designers to open things up a bit.

Even though the Frontier is classified as a compact, it doesn’t feel as small as a Ford Ranger or any other pickup in its class.

The controls for the air conditioner and radio are within easy reach and are a cinch to use.

Frontier comes with a set of cleanly styled, easy-to-read analog gauges. The rest of the controls are on the steering column behind the wheel.

The 1998 model comes with an air bag cutoff switch that deactivates the passenger-side bag. This is an excellent feature in case infants or children need to ride up front.

The Frontier isn’t a bad truck. In fact the list of negatives is relatively minor.

Its biggest problem is what it offers for the money. This time American manufacturers have Nissan whipped by a country mile.

The Frontier could be a big success for Nissan if it offered greater value.

Truett’s tip: The new Frontier King Cab has plenty of power and a good ride. It’s also comfortable and well-made. But it is a small truck with a big price tag.

Purchased truck as a repo with 120,000 on it. It now has 350k and still a daily driver. I have the XE model, king cab , 5 spd , 4 WD. It has NEVER run hot, NEVER leaked or used oil, and has NEVER left me stranded. I can't say ANY of that about ANY other vehicle I've ever owned. If you find one,...buy it. The single issue with these trucks, however, is the instrument cluster. I've had to pull it out so many times I could probably do it with my eyes closed. Get used to guessing your speed, and you may want to carry a gas can, depending on which gauges go out. As long as I have a tach, and temp,...I'm good :)

Great little truck had great time using for delivers. Going to Ft. WORTH to visit friends and help w my truck when there. Lots of good comments.

This Car was handled by only one person

This car was regularly maintained and taking care off. Most of the miles on it were Highway. For the times we own this car there were no major repairs besides oil, transmission, brakes and tire changes. 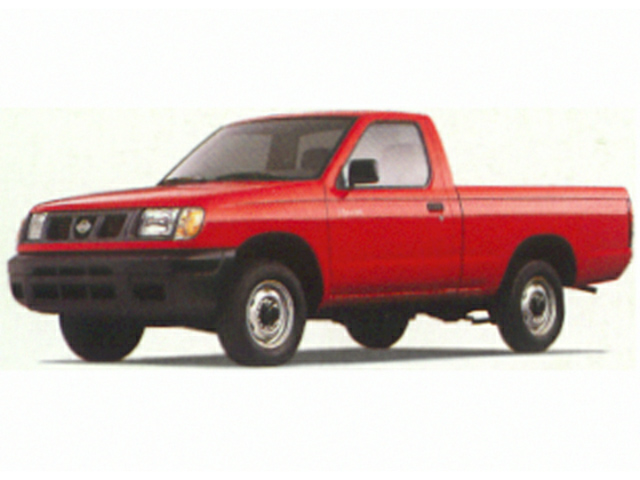 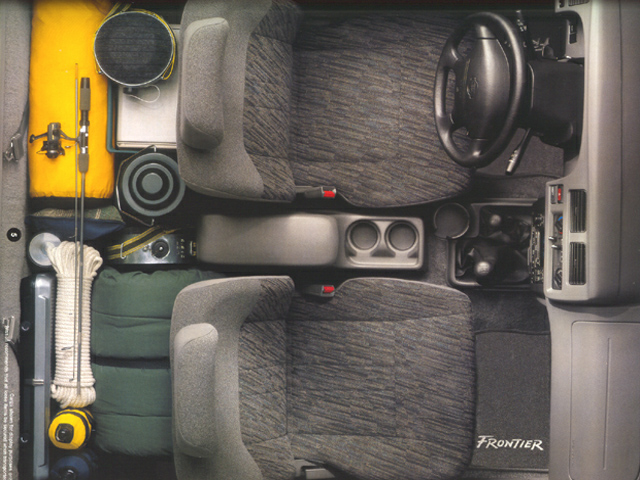