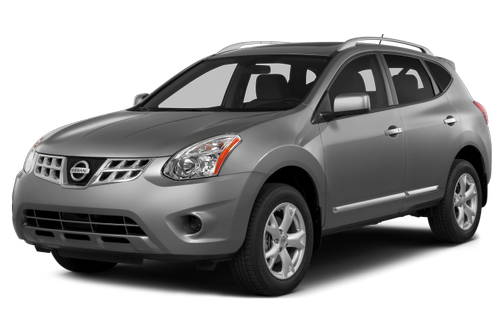 Our 2013 Nissan Rogue trim comparison will help you decide.

There are people who are more than content with beige lives: driving their bland cars to the office each morning, picking their kids up from school each afternoon, cooking more or less the same rotation of spiceless meals each week, then going to bed and starting the whole colorless routine all over again the next day.

For a large segment of the population, the 2013 Nissan Rogue small crossover is a great fit. It will get them where they want to go without disrupting the routine or making much of a splash — for better or worse.

The Rogue comes in three trim levels: the S, the SV and the oddly named “SV with SL.” Each of these trims is offered with either front-wheel or all-wheel drive. See the AWD versions of all three trim levels compared side by side here. I drove the SV with SL AWD.

A compact SUV, the Rogue competes with the Ford Escape, Honda CR-V and Chevy Equinox. See them compared side-by-side here.

EXTERIOR
The Rogue looks more or less like all the other small crossovers on the market. It resembles a jelly bean, with a sleek, oval shape. The rear spoiler is meant to make it look sportier and speedier.

The Nissan Rogue’s small body sits fairly low to the ground, creating a step-in height that’s manageable for all members of the family. The front doors have a 17.9-inch step-in height, which increases slightly to 18.5 inches for the backseat. My three youngsters (all vertically challenged for their ages: 8, 10 and 12) easily climbed into the Rogue without getting their new back-to-school clothes dirty.

FAMILY-FRIENDLY FEATURES
The Nissan Rogue’s interior is pretty straightforward and basic. On the top-trim SV with SL model I drove, I got a few extras like leather seats (they were heated up front), a leather-wrapped steering wheel, a moonroof and a Bluetooth phone system.

What you don’t get is much ergonomic comfort, at least not in the front seats. The driver and passenger seats sit up high for a great view of the road. With a power adjustable driver’s seat, I was able to find a pretty good seating position that was appropriate for my 5-foot 3-inch height. However, the steering wheel only tilts up and down; it doesn’t telescope in and out. I ended up stretching a bit more that I would like to reach the wheel.

My 6-foot-2-inch husband got in the driver’s seat and sat in a completely awkward position. Even with the seat moved down as far as it would go, his head very nearly skimmed the roof liner, with only about half an inch to spare.

The manual passenger seat was no better. It sits even higher than the driver’s seat and doesn’t move up or down. The lumbar support also isn’t adjustable, and there was too much for my back, though my husband said it was fine for him. In the passenger seat, I felt like I was boosted up, on high alert and ready to be ejected from a cockpit at any moment.

With such differently sized drivers in our family, our ideal car would have a power-adjustable driver’s seat with memory settings. The lack of memory settings in the Rogue was a pain for our family. Even after just a week, it was annoying to readjust the driver’s seat regularly. While this feature isn’t often available in this class, apart from luxury models, you can find it out there (on the Chevy Equinox’s LTZ trim level, for example).

The backseat of the Nissan Rogue is tight to squeeze three kids into; small families with just two kids would use the center seat only occasionally, however, and it works fine for this purpose. The 35.3 inches of backseat legroom is puny in comparison to some competitors: The Escape has 36.8 inches, the CR-V has 38.3 inches, and the Equinox boasts 39.9 inches. Despite this, my three kids had enough legroom, even behind my husband’s seat.

There’s just enough storage space inside the Rogue to be functional; you may have to pare down your family’s crud to get it all in (which might actually be a great thing). Up front, you have what Nissan calls a “large” center console, but it’s barely big enough to squeeze an iPad into diagonally. Two cupholders, a glove box and small in-door storage bins with bottleholders are also in the front part of the cabin. The backseats have front-seatback pockets, and two cupholders slide out from the center console down near the floor — where they’re very difficult, if not impossible, for kids to reach while safely buckled up.

BEHIND THE WHEEL
Equipped with a 170-horsepower, 2.5-liter four-cylinder and a continuously variable automatic transmission, the Rogue is definitely not a speedy powerhouse. It will get you from point A to point B eventually, and it will do so while getting an EPA-estimated 24 mpg combined, which is very consistent with its all-wheel-drive compact competitors. Whether or not you can stomach the CVT is a matter of personal preference. My neighborhood sits in a very hilly, high-altitude town, and the CVT fussed and whined at me every morning and every afternoon when trying to coerce the Rogue up the hill to my kids’ school. Acceleration felt slow and sluggish.

There was, however, little to no body roll, and the suspension felt well connected to the road yet still soft and comfortable enough to be a daily driver. My middle child with a propensity for motion sickness appreciated both those attributes.

SAFETY
The National Highway Traffic Safety Administration gave the 2013 Nissan Rogue an overall rating of four out of five stars (four stars for frontal crash, five stars for side crash and four stars for rollover resistance). As of this writing, the Insurance Institute for Highway Safety hadn’t issued results for the 2013 model year, but the 2012 results are likely to apply, as the Rogue hasn’t been redesigned. For 2012, the Rogue received the top score of Good in front- and side-impact crash tests, and an Acceptable rating for roof strength, which is an indication of rollover protection. Most models in the Rogue’s class rate Good in roof strength.

As is required of all new models since the 2012 model year, the Rogue has standard antilock brakes, an electronic stability system and traction control. The Nissan Rogue comes standard with six airbags: driver and passenger front and side torso airbags, as well as side curtain airbags for both rows.

The rear seat belt buckles project up vertically out of the seat bottom, making it easy for kids to buckle their own belts. The center belt extends down from the roofline rather than the seatback, causing a slight distraction when it comes to rear visibility.

The lower Latch anchors in the backseat’s two outboard positions are shallowly located within the seat bight. Although they’re not visible to the naked eye, their near-surface-level location means they’re well-positioned for families to install child-safety seats using Latch.

Standard on both the SV and the SV with SL version that I drove is Nissan’s Around View Monitor. While I’ve tried this feature on other Nissan and Infiniti vehicles and loved it, the execution in the Nissan Rogue’s SV with SL is practically useless. The small 5-inch screen is always split into two images, with half the screen showing the view from the backup camera and the other half showing either a 360-degree aerial view around the vehicle or a view of the curb side of your car, to aid in parallel parking. If your eyes are sharp enough to focus with a quick glance on a less-than-2.5-inch-wide image a couple of feet in front of you — and decipher if there’s anything behind or around your vehicle that you might run into — you might be a freak of nature. I have fairly average eyesight, but I felt like my 70-year-old mom needing to whip out her reading glasses to see the menu at a restaurant. Squinting at the screen proved to be more of a distraction and hindrance than it was a help.

August 9, 2022
By Hurting from Watertown Ny
Owns this car

Was a great car until I smashed it and was hurt because the airbags didn't deploy. It caused me to hit the windshield and recieve severe head injuries. They should have deployed and saved me from having severe injuries and memory problems.

The 2013 Rogue has a CVT transmission which has had multiple problems in newer models. At 9 years, 96,000 miles my transmission went out and had to be replaced at a cost of $6,000. I talked with Nissan USA but there was no remedy nor discount offered since there has not been a recall. I won't buy a Nissan again - I've had Toyota and Honda with never a transmission issue.

paint peeled off in several places. It looked liked there was only one coat of paint put on the vehicle. Cup holder is too far back making it difficult to reach your coffee or soda.

Rating breakdown (out of 5):
11 people out of 11 found this review helpful. Did you?
Show full review
See all 156 consumer reviews 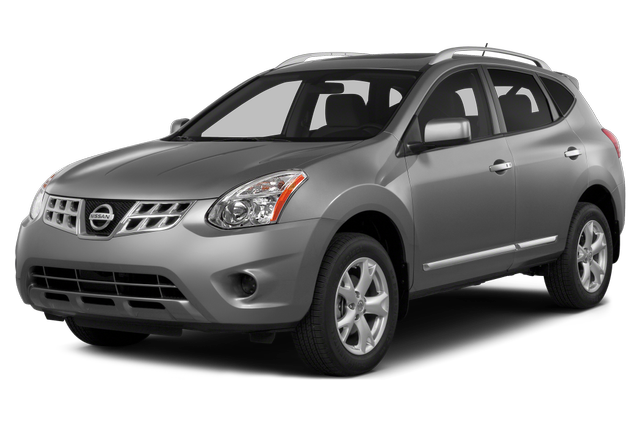 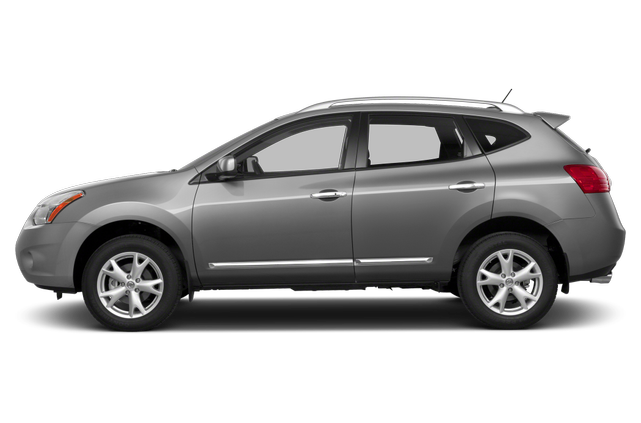 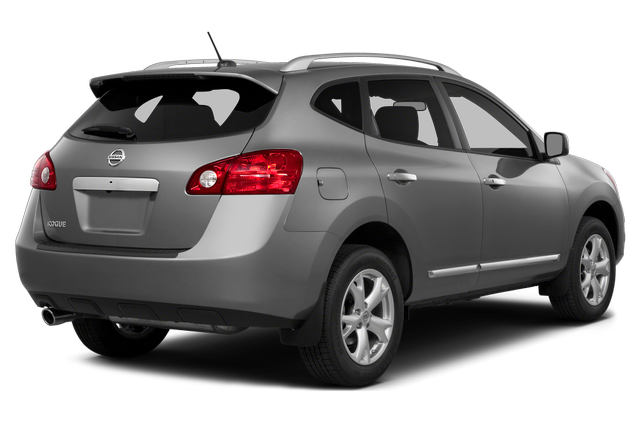 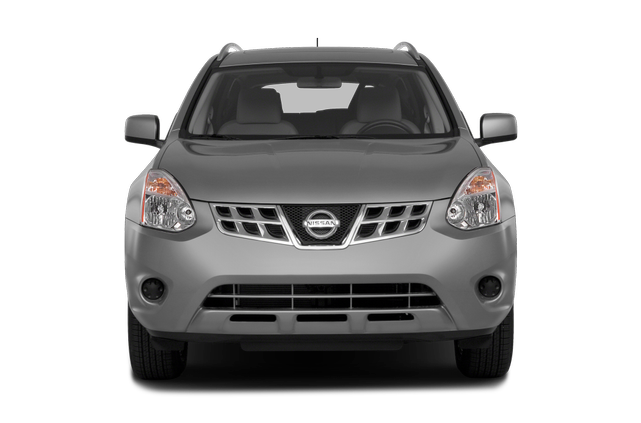 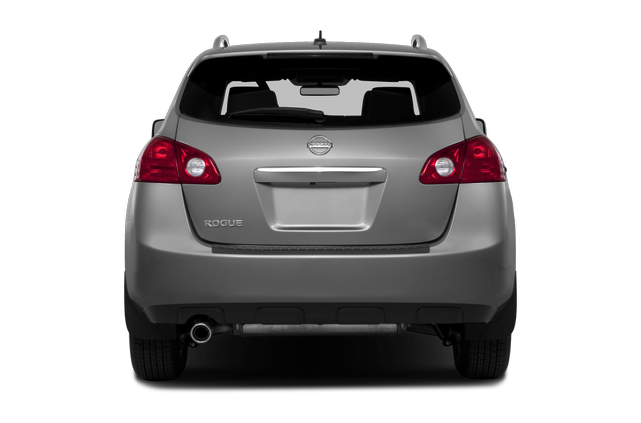 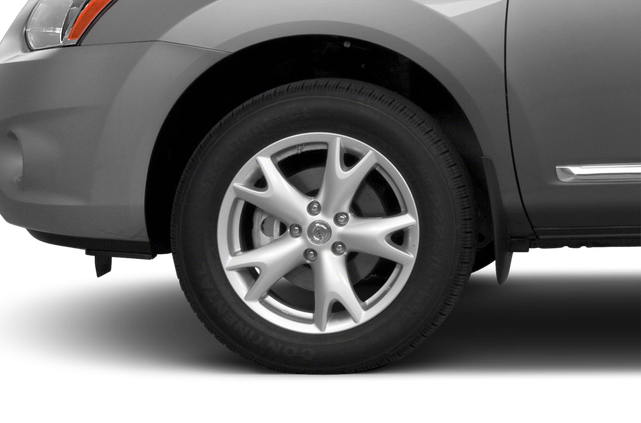 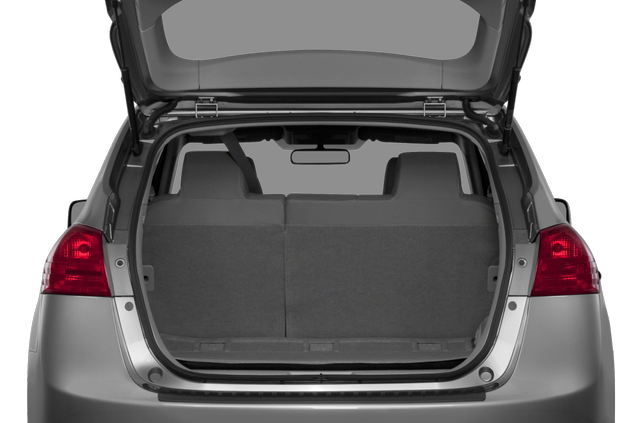 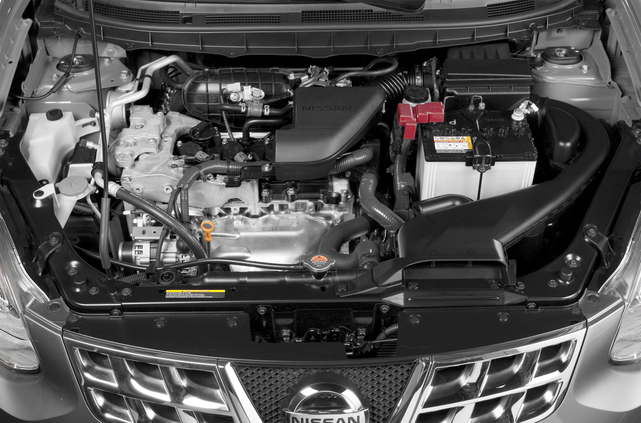 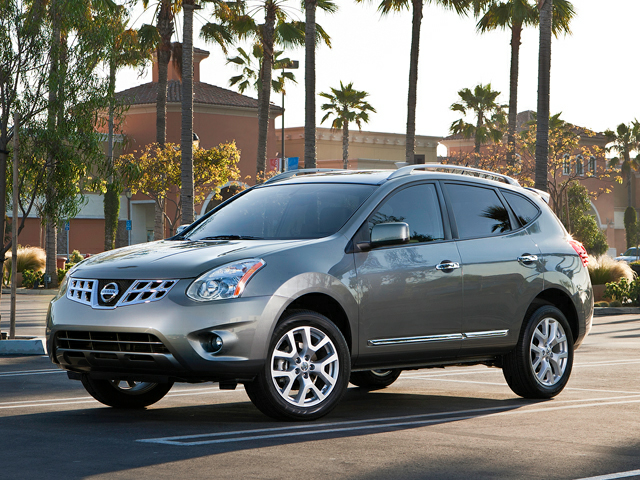 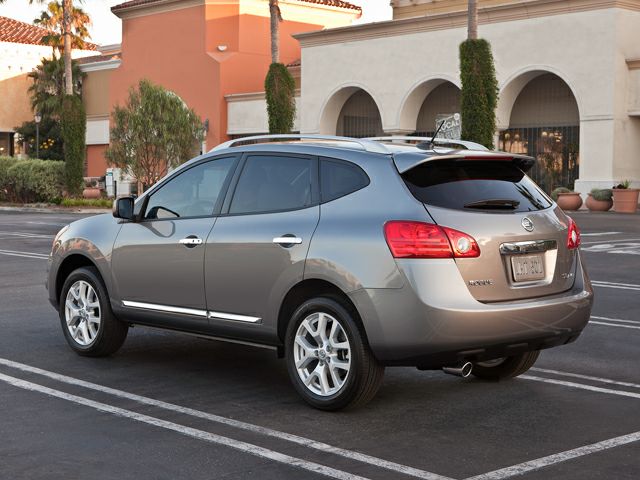 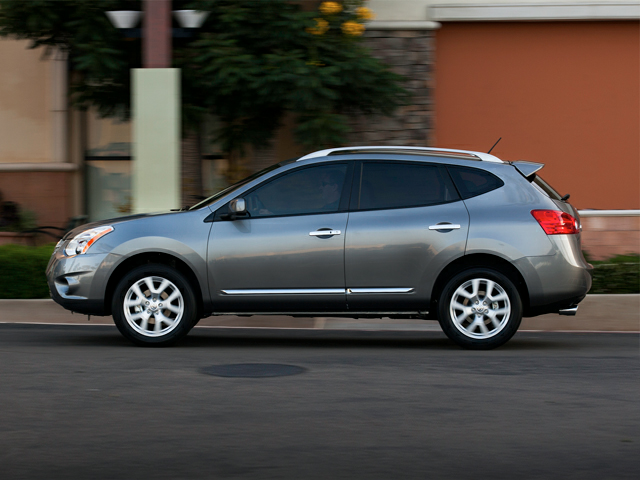 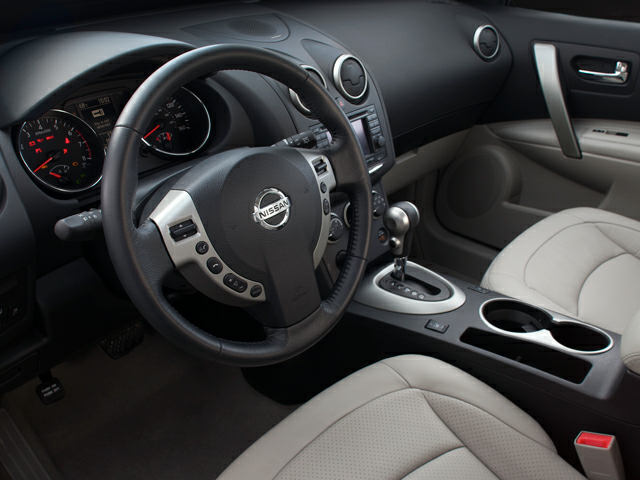 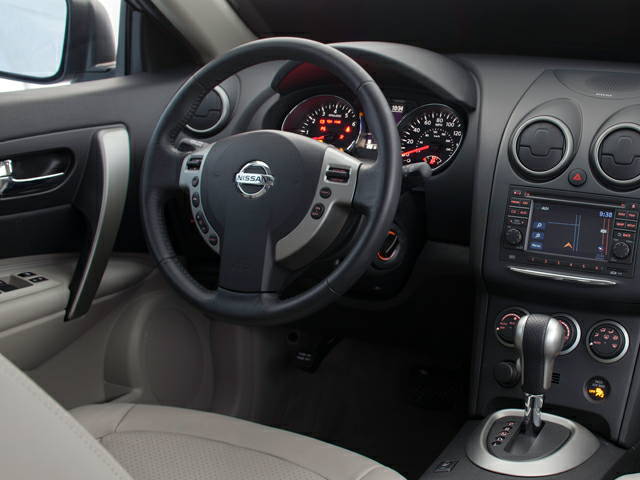 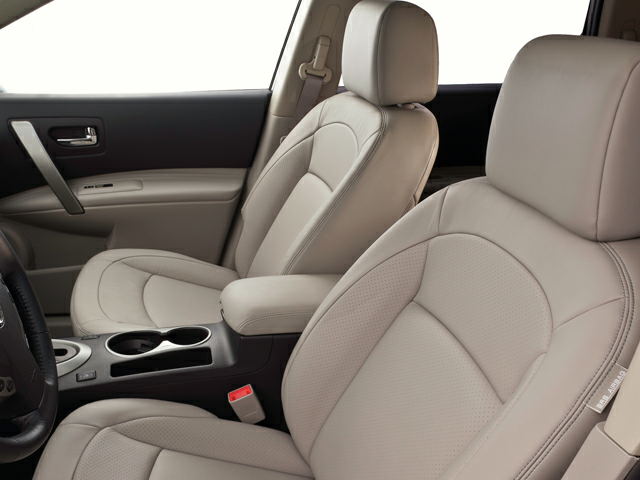 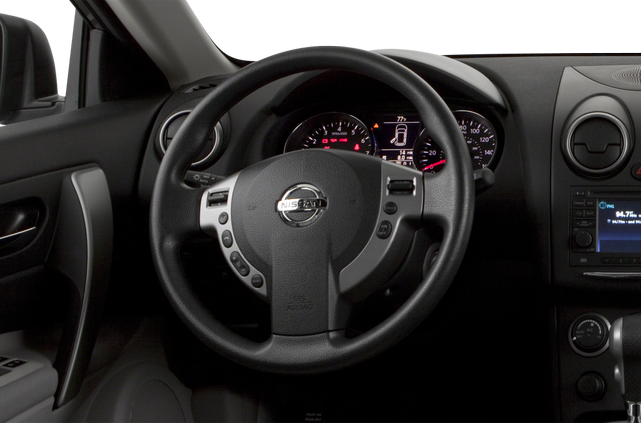 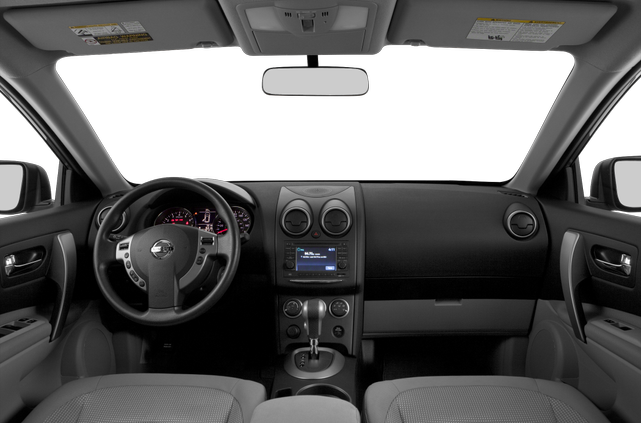 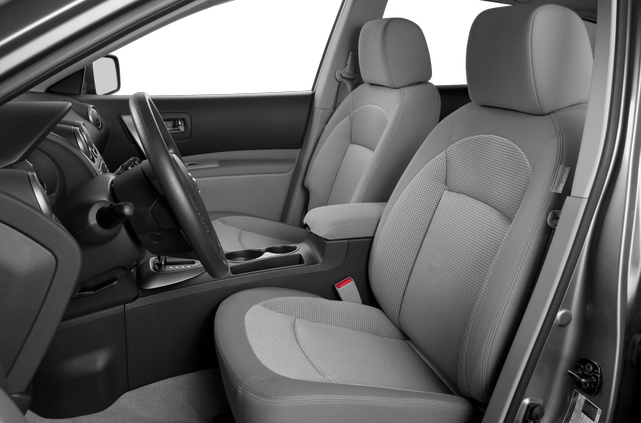 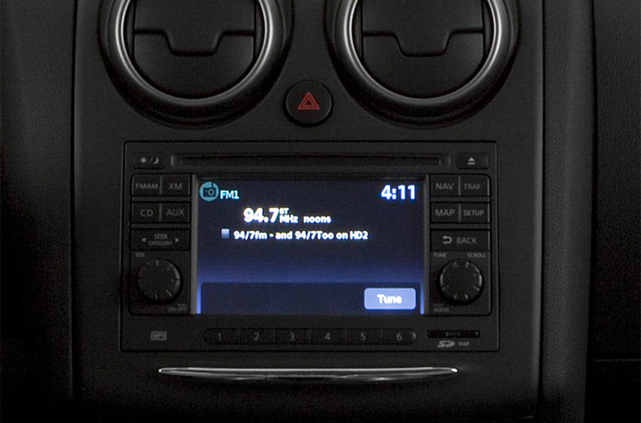 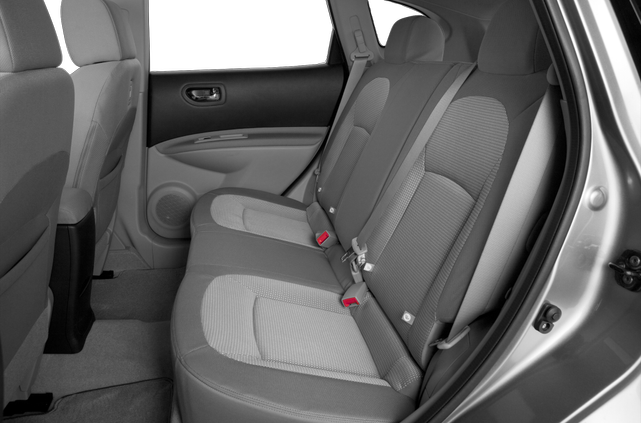 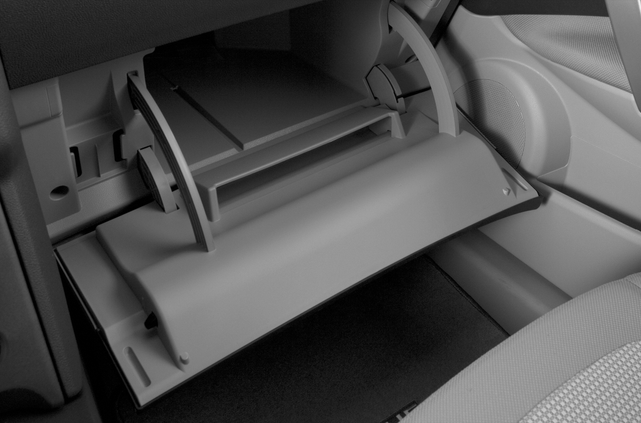 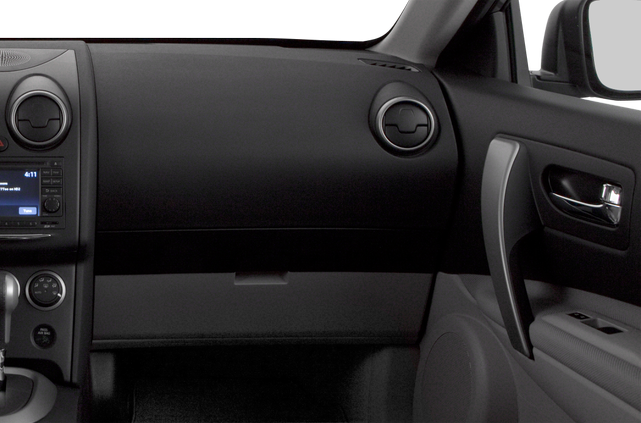 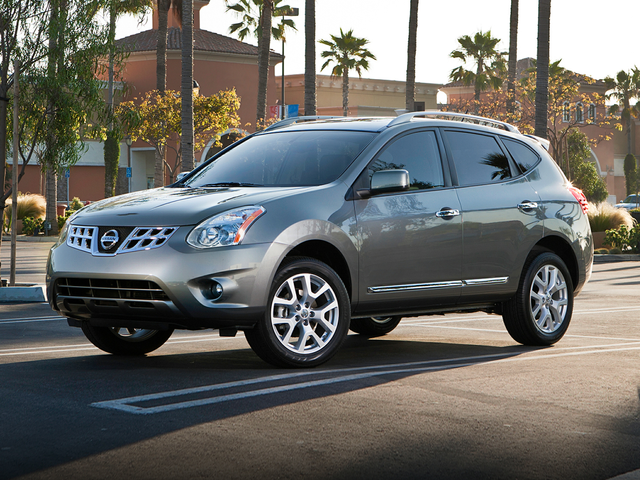 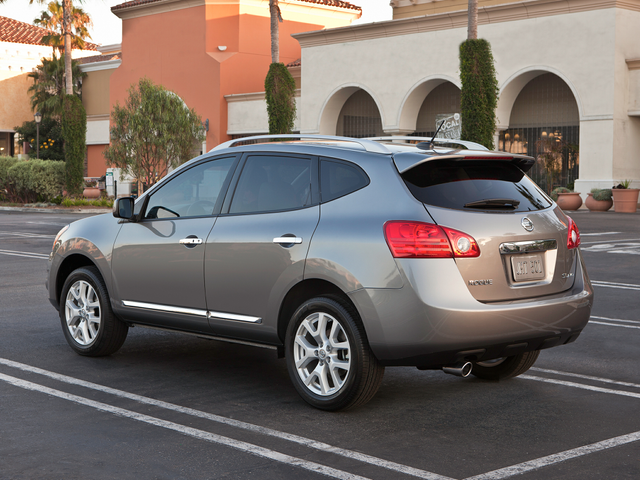 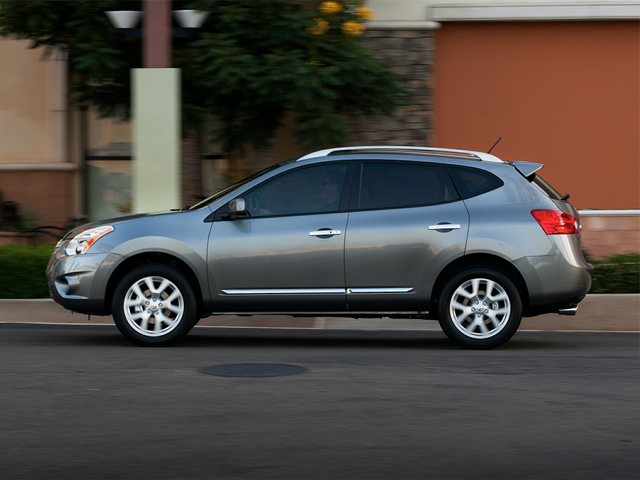 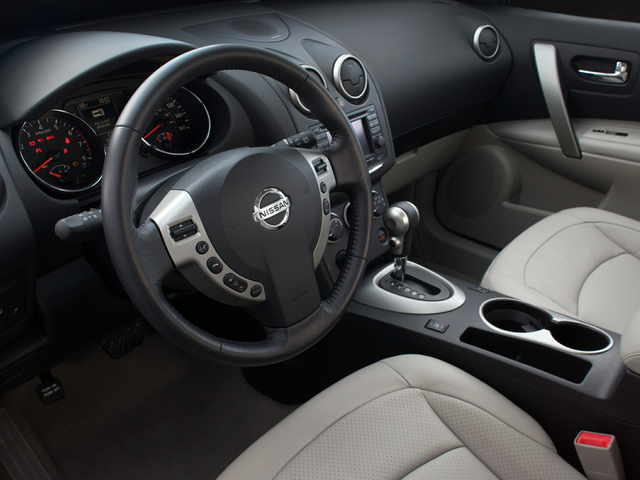 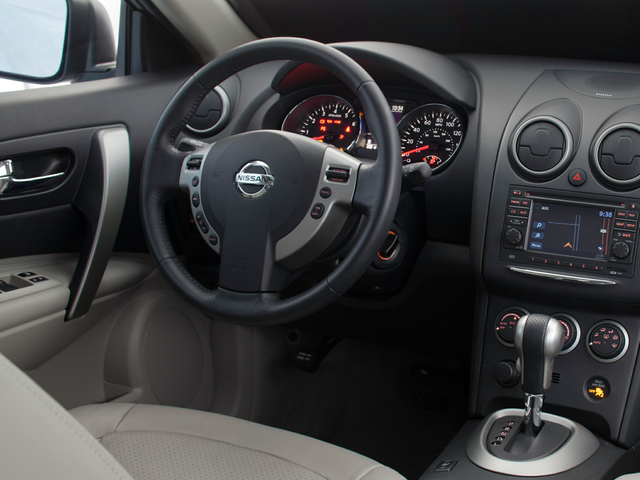 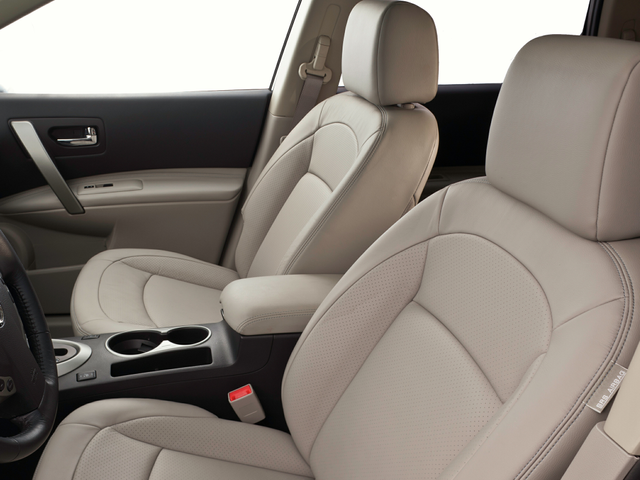