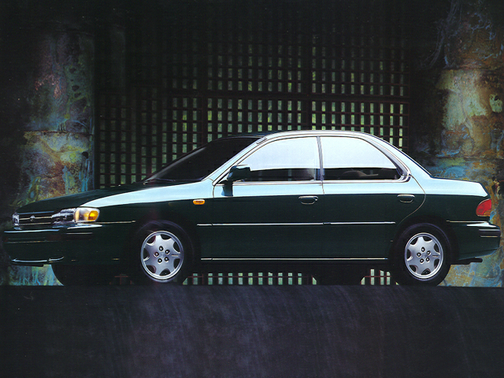 Our 1993 Subaru Impreza trim comparison will help you decide.

Some have called the new Impreza a make or break car for Subaru. The struggling Japanese automaker has never really had a strong presence in the United States.

After 25 years of doing business in this country, Subaru has succeeded in selling vehicles only in a few markets, especially the Northeast, where heavy snowfall has made its lineup of all-wheel drive vehicles popular, and in import-oriented California. (The U.S. company that imports Subarus was founded in 1968 by former Orlando resident and Boone High School graduate Malcolm Bricklin.)

The Impreza could change that.

It is a fundamentally good car that offers decent performance, excellent fuel economy and, for Subaru, something out of the ordinary: fairly normal styling.

Ourtest car came with a four-speed automatic transmission. That may have been why the Impreza was less than impressive in its ability to accelerate quickly at speeds of 40 mph and higher. A manual transmission might have made the car more responsive in passing slower traffic.

The Impreza has a 1.8-liter, 16-valve four-cylinder engine that develops 110 horsepower. This is not your ordinary four cylinder, though.

It is a horizontally opposed engine, meaning that two cylinders are on the left and two are on the right. It is basically the same engine design used in the old Volkswagen Beetle.

The opposed-four engine, also used in Porsches, has proved to be durable, dependable and long-lasting. The test car’s engine ran smoothly and was very responsive when accelerating from a stop. However, there’s not much oomph left in midrange speeds. No complaints about the transmission. Its shifts were smooth and timed well. Fuel mileage was generally excellent. Using the air conditioner, I got 25 mpg in the city and 32 on the highway.

Here’s where the car really shines. I took the Impreza over some of the nastiest dirt roads I could find in Orlando andwas pleasantly surprised as the car glided over them quietly and without loss of control. The four-wheel independent suspension system is firm, yet it allows the wheels plenty of up-and-down travel over big bumps. On the road the Impreza offers a sporty ride. The power-assisted rack-and-pinion steering is responsive. You can turn a circle in a tight 32.8 feet. Our test car came with power-assisted disc/drum brakes that did a nice job of slowing the car quickly. Anti-lock brakes are available on the top-of-the-line LS model.

The Impreza sets a standard for Subaru in the way it is assembled. It’s just as good as the Honda Civic, Nissan Altima and Toyota Corolla, three of Japan’s best-selling small cars.

But the Impreza’s design is far from perfect. The door openings are small, making the car somewhat difficult for tall people to get into and out of. If you are 6 feet tall, there’s probably little chance you could get comfortable in the Im preza.

The dash layout, featuring a sensibly styled set of analog gauges in a one-piece dash, is nicely done. Switches for the lights and wipers are on the steering column and are easy to use.

The test car came with a AM/FM stereo cassette that also seemed a cut above what you usually get in an economy car.

All in all, the Impreza is a fine little car. However, it can get expensive when options are added. For instance, a sport wagon model with all-wheel drive comes with a base price of $17,599.

Truett’s tip: The Subaru Impreza doesn’t have world-class performance, but it is a well-built car that’s enjoyable to drive.

I bought this with 63000 miles to be a commuter car doing around 40000 mile a year. I was a great car that got good gas mileage and did great in the snow and I drove it for over 4 years. The only things I would change is it would have been nice to have a bit more leg room and cruise control. Overall I would recommend one.

Great car for many years

We have had this car for the last 10 years and it has never failed us. This was a very reliable older car. It got threw some very deep snow to get my wife to and from work at the Hospital. We just needed a larger car.

I had three of these cars. The LS wagon was the best value since it had abs. The cars was rock solid. Never required extensive maintenance and drove for 145000 care free miles. My sister drives it now. The cars is not fast, but it corners well and is good at swallowing almost anything you can throw at it. It can carry doors three feet wide! I am actually looking to find another one! The 1.8L engine was good bc it was easy on fuel. Not so with the new 2.5. The interior aged well and the exterior was different...you would not misplace it in the parking lot! I would buy a new one if Subaru made them like they didnin the '90s again. 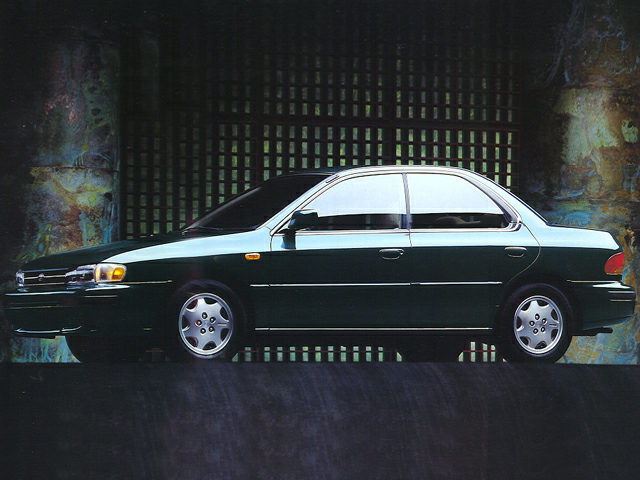