Our 2002 Toyota Avalon trim comparison will help you decide.

It’s a safe bet that most people who read about cars believe that to be true; otherwise, they wouldn’t read other people’s impressions and would base any buying decisions on friends’ recommendations or pure statistics.

Still, some vehicles hide their true natures. Take the 2002 Toyota Avalon XLS that arrived in the driveway in March, just in time for a 300-plus mile round trip to Colchester, Conn., to check out how Consumer Reports goes about doing its own auto testing.

Going by first impressions, the Avalon seemed to be a quiet servant — a capable but unremarkable means of transport.

It is that, but such a simple description does this vehicle a disservice.

In one regard, the Avalon doesn’t jump out of the crowd, tooting its own horn. Live with it a short time and you come to suspect that’s what its designers intended, seeking to produce an outstanding automobile, albeit one that’s not showy, but far, far more than merely capable.

It’s as if the designers wanted Avalon owners to be able to say to their neighbors: “Anything your car can do, mine can do better,” because that’s the true hidden personality of this vehicle.

Ask its 3.0-liter, 210-horsepower V6 for some acceleration — off the line, in a passing situation or along a highway on-ramp — and it pushes you back into the comfortable seats and does the job. Quickly and quietly, of course. And the 4-speed automatic transmission never seems to be caught out of the correct gear.

Park it next to its Toyota sibling Camry and you’re hard-pressed to see any difference in length — the Avalon is 192 inches overall compared with 189 for the Camry. And, at 72 inches, it’s only one inch wider. But the Toyota engineers have done marvels with that space. Avalon seems ever-so-much roomier. This car is all about interior space (look closely and you’ll note a bit of cab-forward design).

JBL and Toyota worked together to create a premium grade audio system with a five-channel, 250-watt amplifier. Toss six CDs into the dash-mounted changer, a chore no more challenging than feeding quarters into a parking meter, and you have the sounds for a weekend trip or week of commuting.

Our version — like most Avalons we’ve seen — was equipped with bucket seats in front and sufficient space for three in back. However, there’s ample legroom in the rear, even with the front seats all the way back. Looking at real estate recently, we spent some quality time in the rear of our broker’s Avalon, a real-life test of that spaciousness.

The extra time inside the vehicle — while not behind the wheel — allowed for close examination of fit and finish. Everything was done well. It makes for a compatible owner-auto relationship.

The Avalon’s features seem designed for ease and comfort. Each door has a high grab bar for easing one’s exit, there’s a dual control climate control system, lots of storage cubbies and cupholders (the kind th at safely hold your large coffee). For the rear-seat passengers, our XLS had a 110-volt A/C outlet that was capable of powering small electronic devices.

A locking pass-through door behind the rear-seat center arm rest allows access to the trunk or room to take long items like skis away on that weekend trip.

Only one styling feature brings a strong response. The dash design and windshield are well forward, away from the passengers, and feature an extensive digital information readout, showing time, date, outside temperature, fuel range meter, odometer, and tripmeter. People either love it or hate it.

In recent years, four friends have purchased Avalons. If this constitutes a mini-survey, the verdict is unanimous: Each calls the Avalon, “The best car I’ve ever owned.”

As for reliability, Avalons have had Toyota’s reputation for being bulletproof when it comes to repairs.

On the road, the Avalon has the smooth Japanese ride with independent suspension on all whee . Consumer Reports slots the Avalon as a “large sedan” as opposed to squeezing it into either the upscale or luxury sedan categories. And it would be our choice as the best in that large-sedan class. The opposition would include Buick Park Avenue, Chrysler Concorde, Ford Crown Victoria and Mercury Grand Marquis and Pontiac Bonneville.

Luggage for two for a weekend away seems almost lost in the trunk. At 16.0 cubic feet, it’s the same space as in the Camry but nice and squared off.

The Avalon accepts regular gas and, on our all-highway trip, returned 29.5 miles per gallon, better than the EPA-rated 21-29 mpg range.

Oh, about that personality: Call it accommodating.

That digital dash, and having the trunk release on the dash instead of on the floor where it can be confused with the fuel-door release handle.

March 20, 2022
By John Clemmons from PORTLAND Oregon
Owns this car

Most reliable car I ever own

December 1, 2020
By Coldstone from Newark, DE
Owns this car

Most reliable Car with ample leg Room, One of the few 6 Seater Cars produced and comfortable for long distance ride. With V6 Engine gives best pick up, and still the runs smooth even though its 18yrs old car. Best Value for Money.

Rating breakdown (out of 5):
3 people out of 3 found this review helpful. Did you?
Show full review
See all 33 consumer reviews 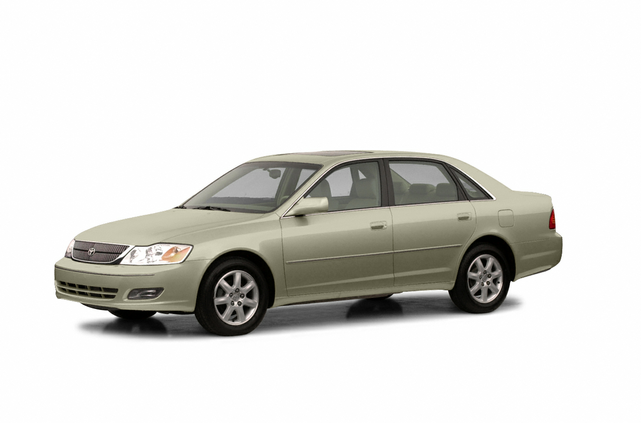 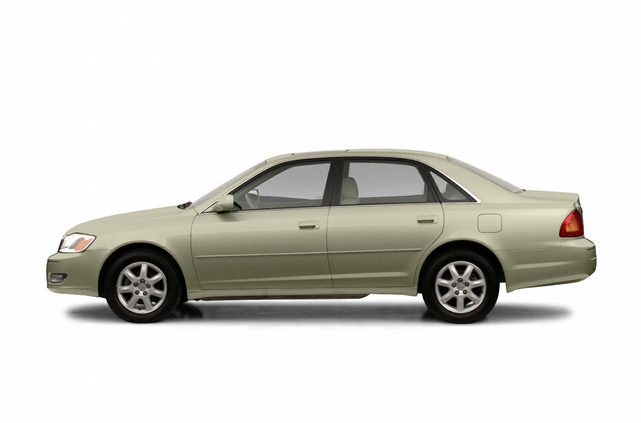 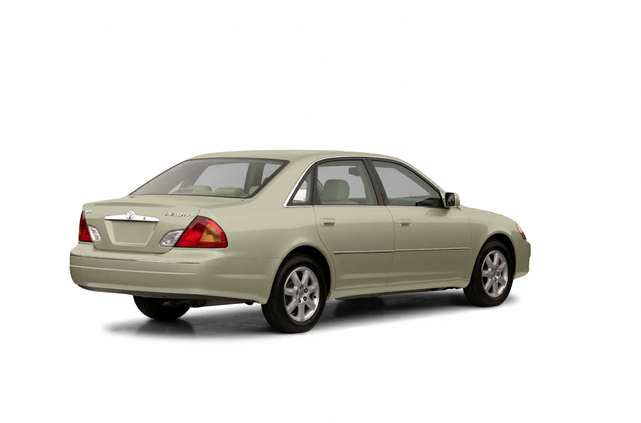 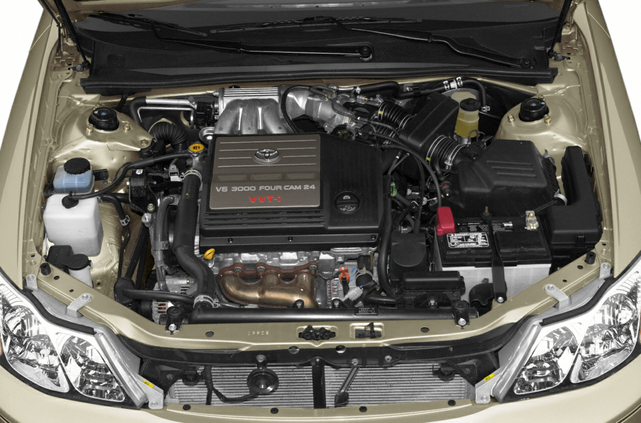 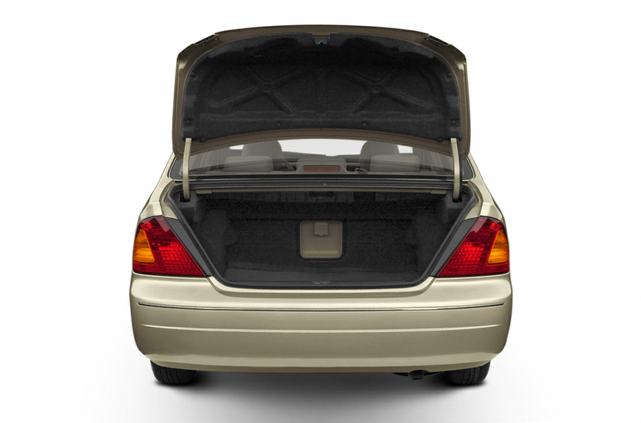 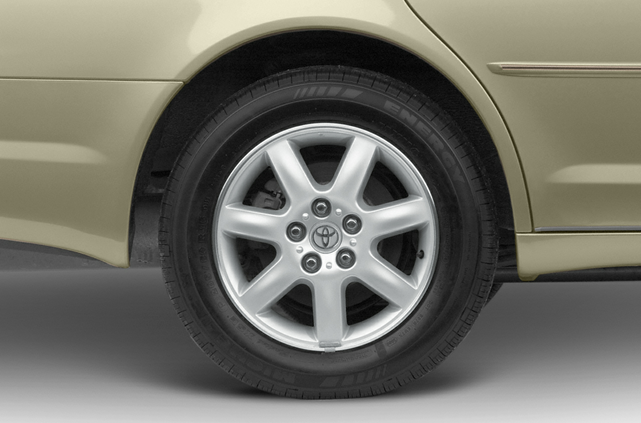 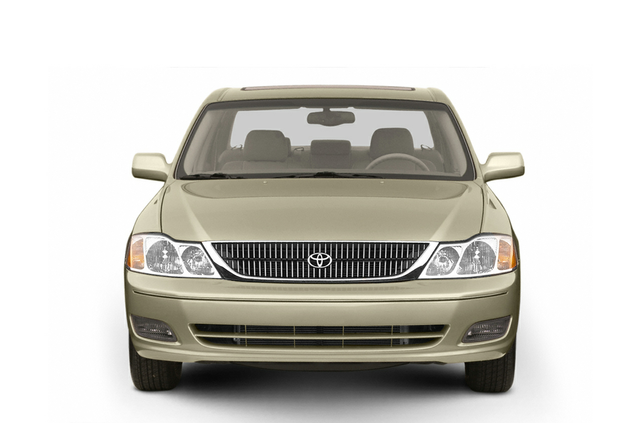 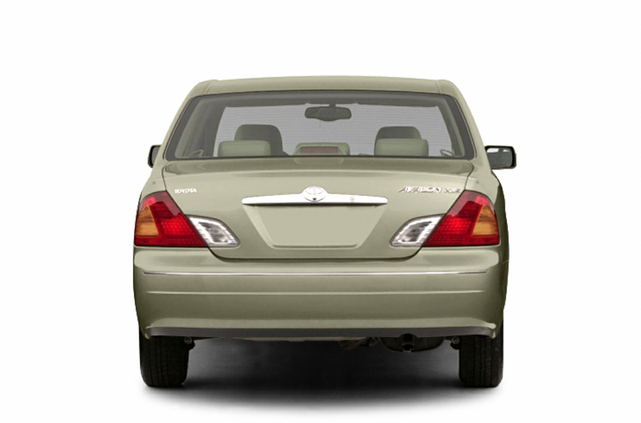 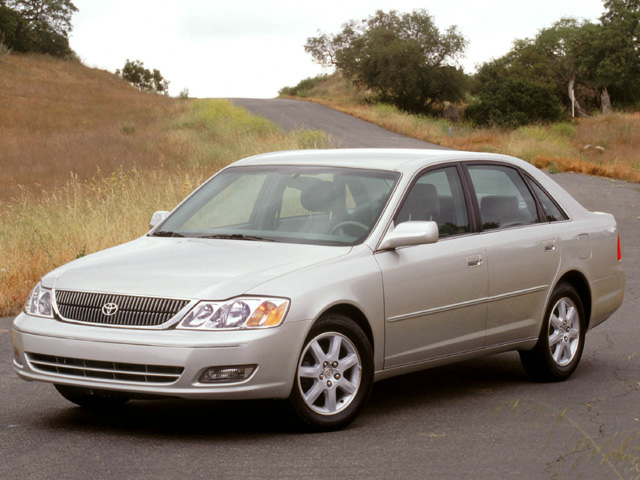 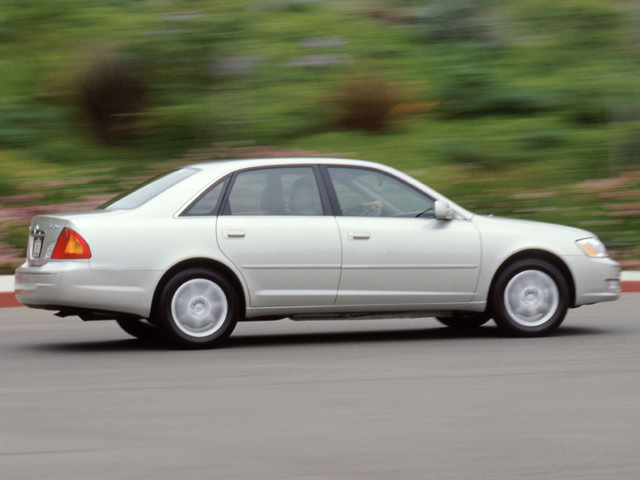 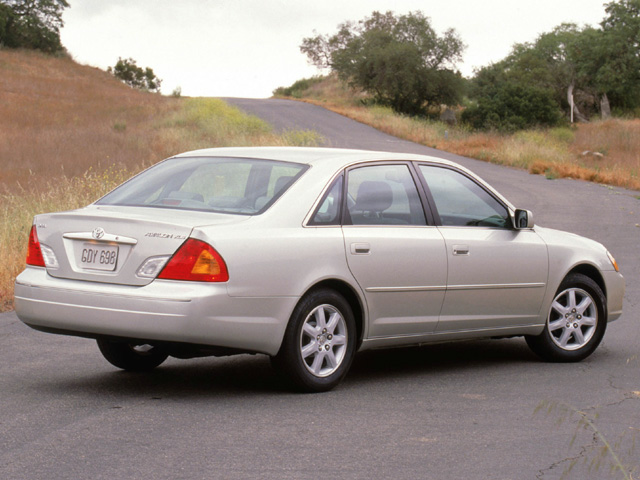 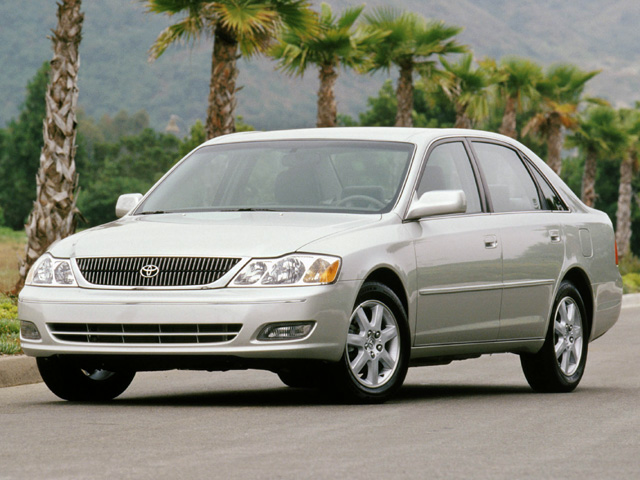 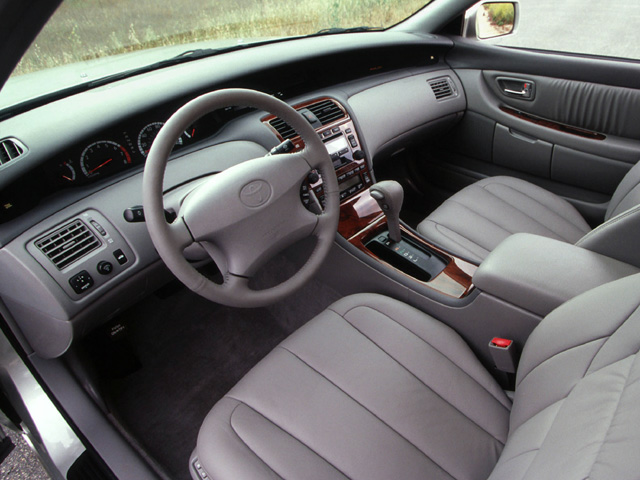 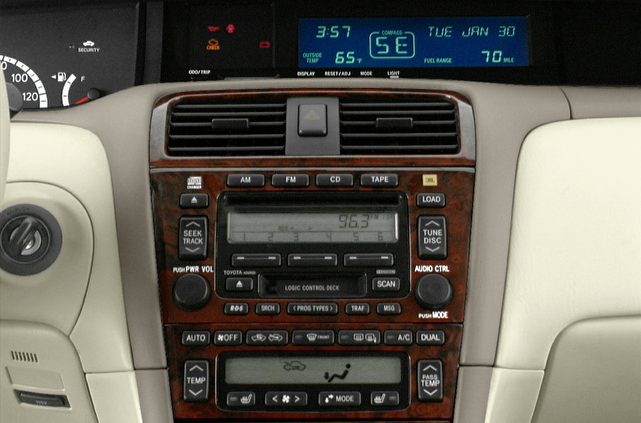 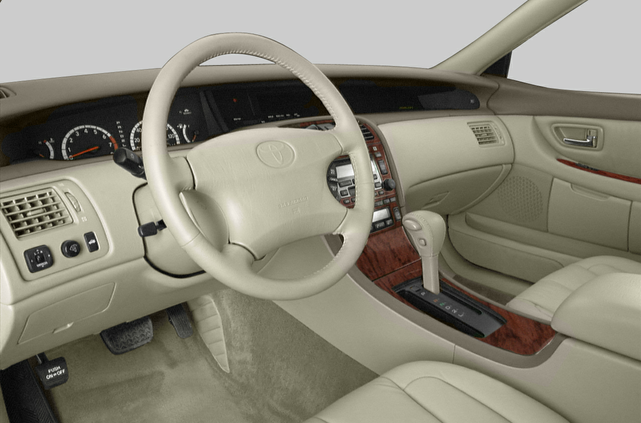 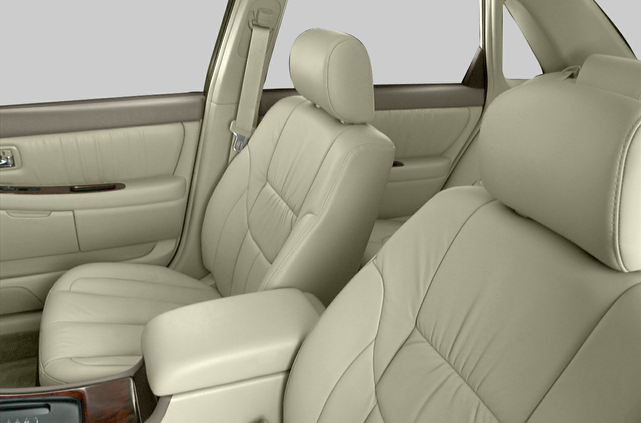 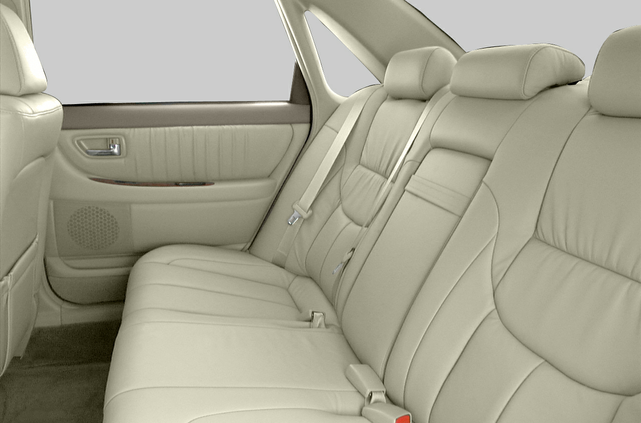