Our 2000 Toyota Camry trim comparison will help you decide.

I was dumbfounded. It was a TV commercial, an ad for a 2000 Toyota Camry sedan. A Camry was speeding along a series of roads and a male voice was intoning Right Said Fred lyrics: “I’m too sexy. . . . I’m too sexy. . . .”

Did somebody change the meaning of sex? Did Toyota test consumer reaction to this car in a convent, rectory or monastery?

The car in the TV ad looked like a Camry, with a few minor tweaks front and rear. But “too sexy”? Perhaps. In the same way that PTA meetings are too sexy.

Weeks passed. A 2000 Camry LE sedan arrived. It was red. More precisely, it was what Toyota calls “vintage red pearl,” a kind of creamy metallic maroon. The interior was tan with seats of cloth. The dashboard included a hooded instrument panel and a center console that seemed part oval, part rectangle.

Nearly everything within the new Camry’s passenger cabin was ergonomically correct. There was nothing offensive–or exciting.

So, what’s Toyota trying to do with its “too sexy” advertisement? Is it trying to capture a younger, more hip audience? Has it fallen victim to the image police? Or has it been duped by an off-point marketing pitch from an advertising firm?

Since its U.S. introduction in 1983, the point of a Camry has never been libido. It has been common sense.

You want a reliable family sedan at a reasonable price? Buy a Camry. You don’t like flash? Buy a Camry. You like decent, mainstream, everyday styling? Buy a Camry. It has been a winning, no-brainer formula for 16 years. It’s why the Camry will finish 1999 as the best-selling car in America for the third year in a row, ahead of the Honda Accord and Ford Taurus, and way ahead of other, more exotic cars that are too sexy to fit into most consumers’ pocketbooks.

None of this is to say that the Camry is strictly missionary. It has its moments, especially when it is equipped with Toyota’s 194-horsepower V-6 engine. This thing can move, folks. And the car has pretty darn good balance, too, especially in curves, where it performs without body sway or waddle.

There were other vehicles, including the Mercedes-Benz ML-55 sport-utility model, in my driveway. So I did the common thing and ignored the just-folks Camry for a few days to play with the sexier celebrity metal. In fact, I was using the Camry as a barrier, parking it behind the fancier stuff as a kind of guard gate.

But I was in a rush one morning, and didn’t have time to move around cars to get to the supermobiles. I drove off in the Camry, and happily kept driving it for the rest of the week.

Complaints: Toyota has to do something about its options packaging and pricing, which are confusing and could turn an otherwise reasonable car payment into something more expensive.

Praise: A solid, durable, reliable, comfortable family sedan that can be had at a reasonable price if you engage in trade-offs (accept the V-6 and its related accoutrements and drop something else) and otherwise control your lust for options.

Ride, acceleration and handling: A triumvirate of excellence in the Camry LE V-6.

Brakes: Standard four-wheel discs with anti-locks in the LE V-6.

Engines: The tested 3-liter, 24-valve V-6 is designed to produce 194 horsepower at 5,200 rpm and 209 pound-feet of torque at 4,400 rpm (except in California, where tougher clean-air rules mean adding emission-control components that result in slightl y less ho rsepower and torque).

A 136-horsepower four-cylinder engine is available, along with a standard five-speed manual transmission. Both the four-cylinder and V-6 engines can be mated to four-speed automatics.

Mileage: About 27 miles per gallon in mostly highway driving.

Fantastic durable solid vehicle. A pleasure to own

Purchased the 2000 V6 Camry new. Currently has 278,000 plus miles. Performs like a plane. Is a solid piece of art. This is my third brand new Toyota.

Love my old tank a 2000 Camry XLE 2.2 4 cylinder automatic. The car was a head of it's time. Bought two plus years ago for $1200 dollars. The body has dings and dents from parking in a rough section of Philadelphia. The car has never let me down. The only thing I did was the oil changes and replace the air filter. The struts were shot when I bought her. Now I am replacing them. With aftermarket preloaded struts from Rockauto.com. My go to place. eBay as well. Also changing out the the rear sway bar bushings with a new kit. Then they timing belt and water pump not too far down the line. And brakes all around. Transmission fluid and filter to. Engine oil to. Car has 198k I want to get another 100k out of it. Motor purrs like a kitten. Tuff old Tank!! I want to get a older Toyota 4 cylinder automatic longbed. Very hard to find.

Rating breakdown (out of 5):
4 people out of 4 found this review helpful. Did you?
Show full review
See all 72 consumer reviews 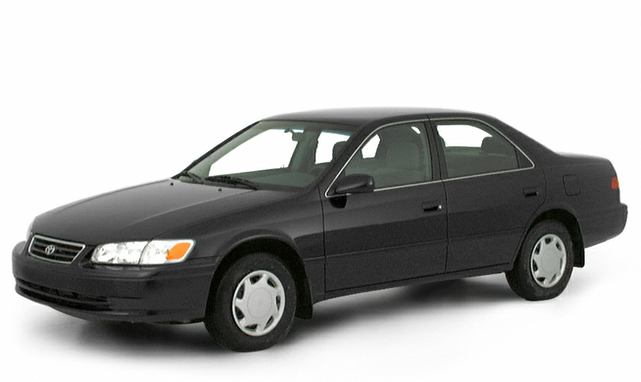 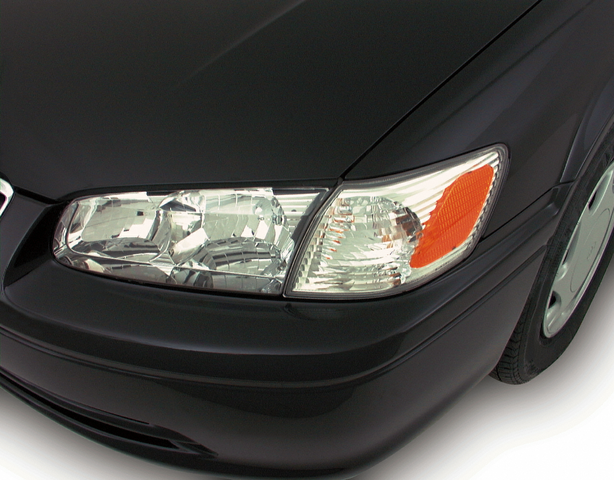 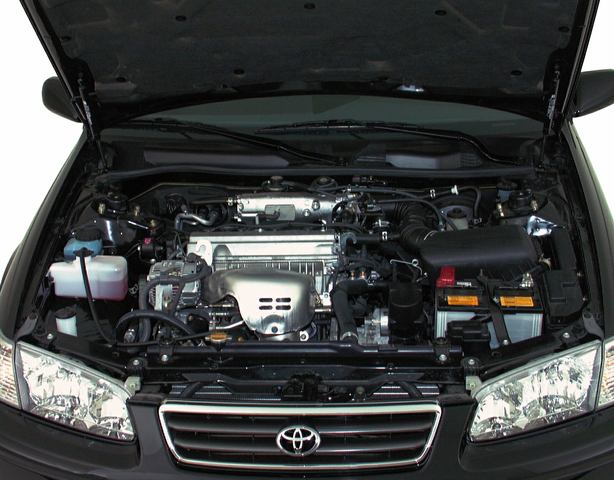 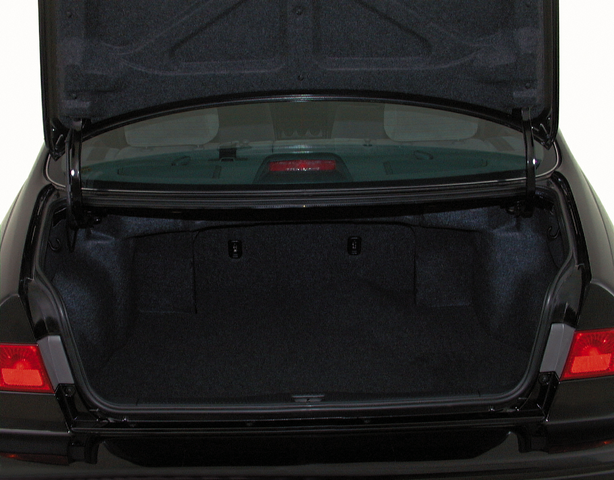 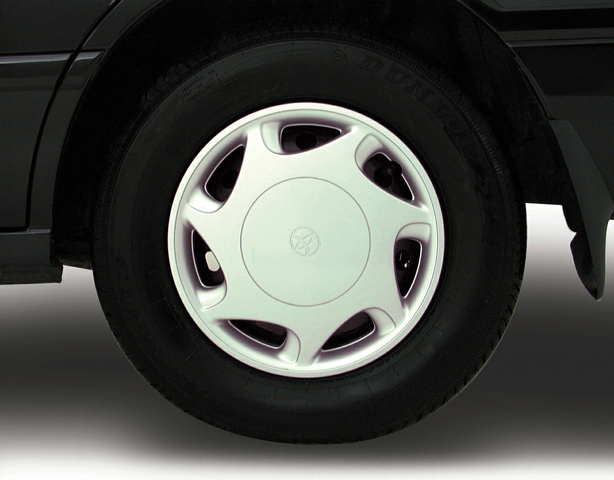 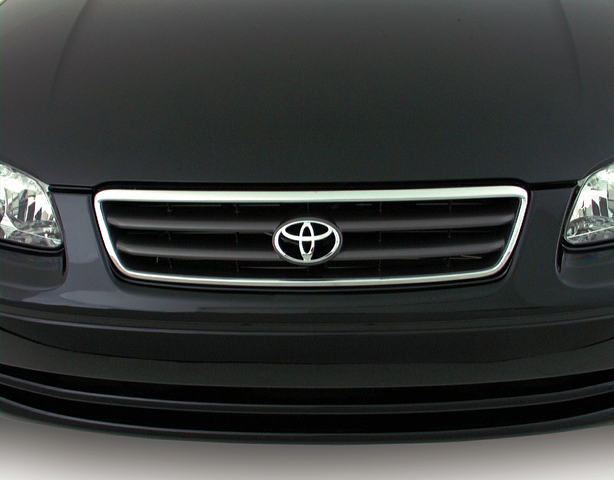 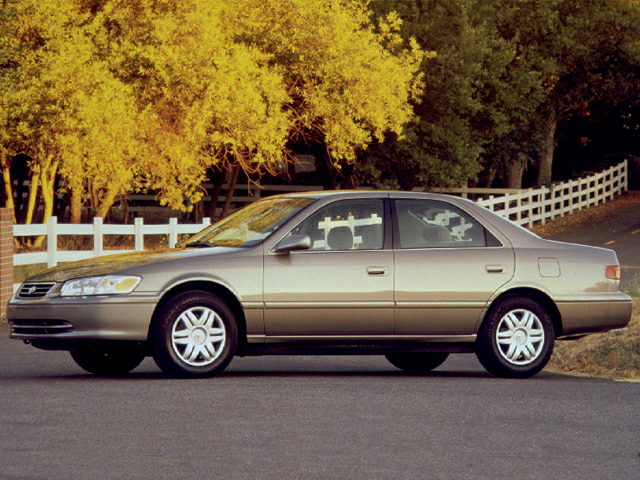 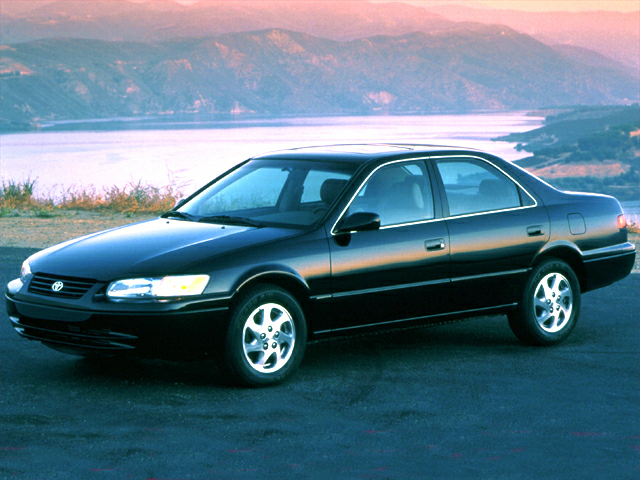 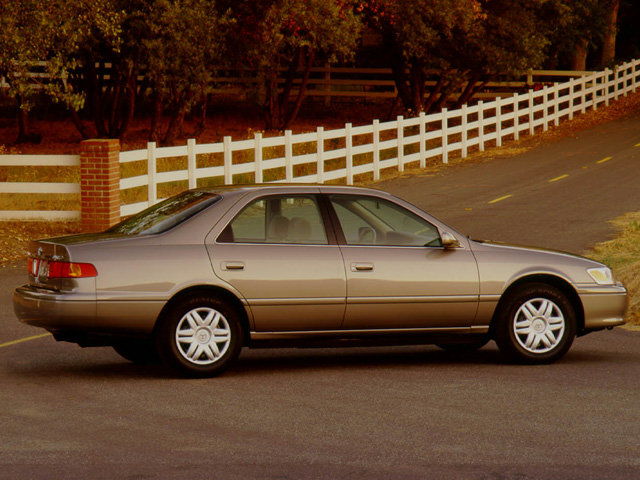 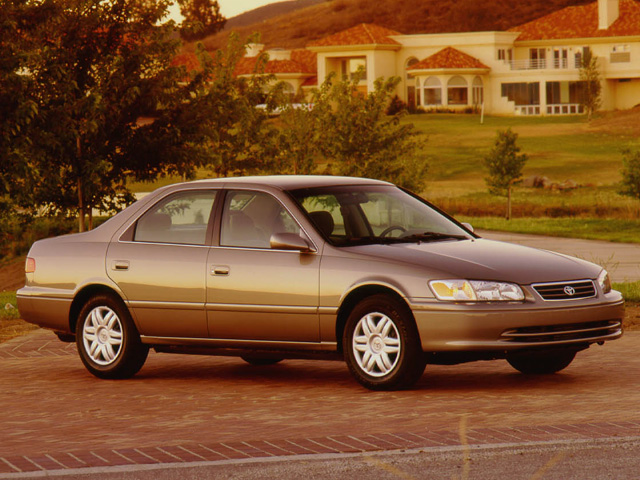 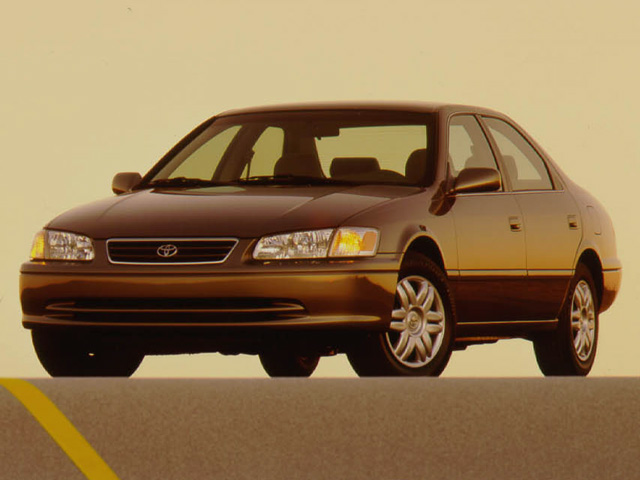 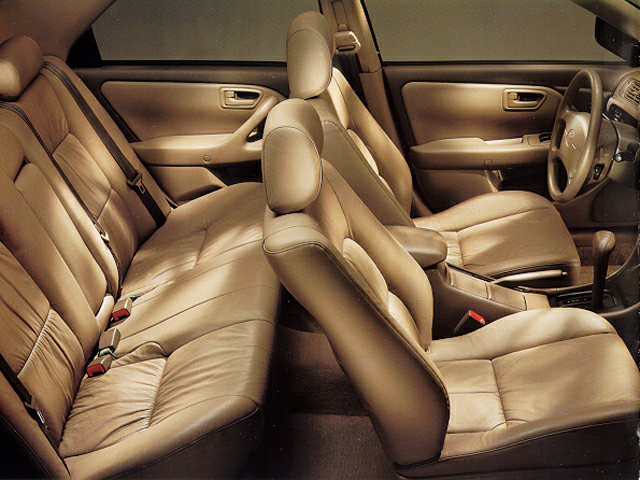 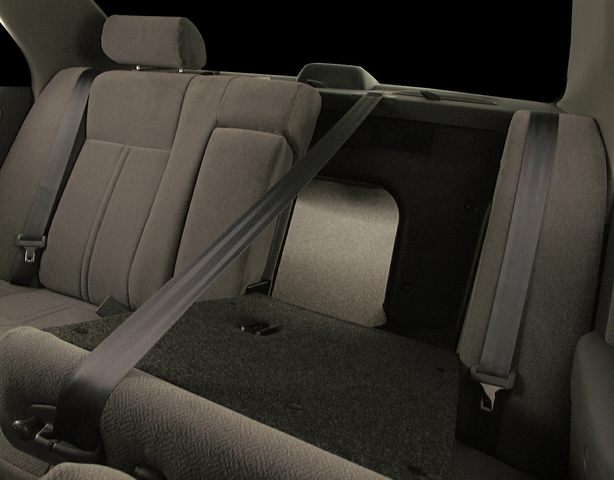 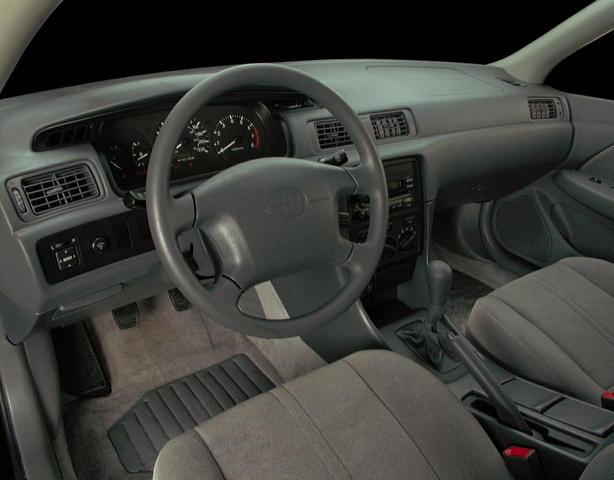 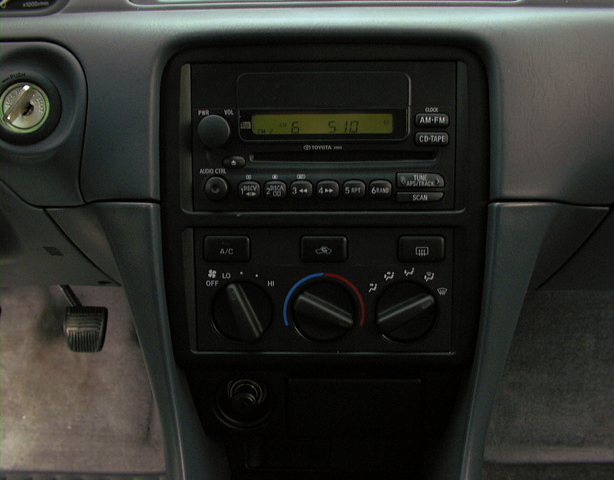 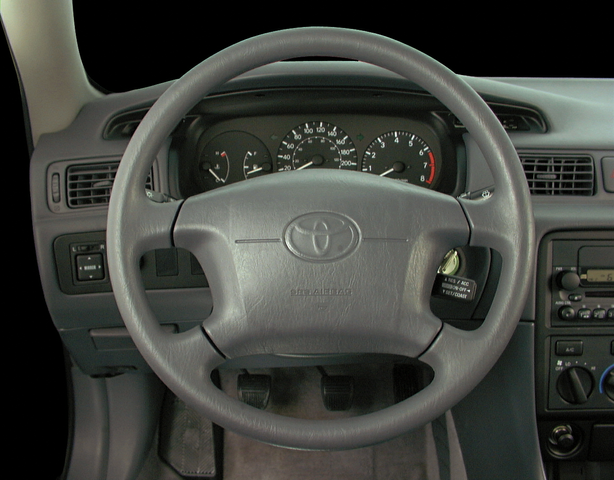 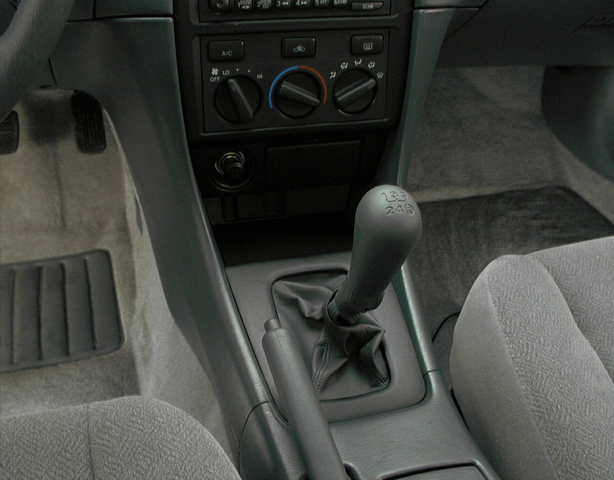 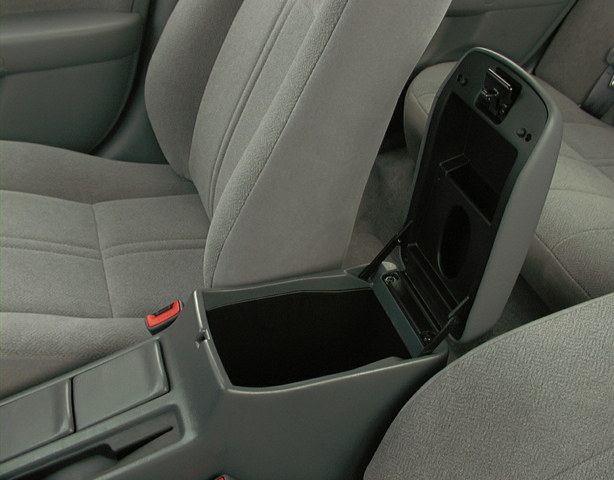 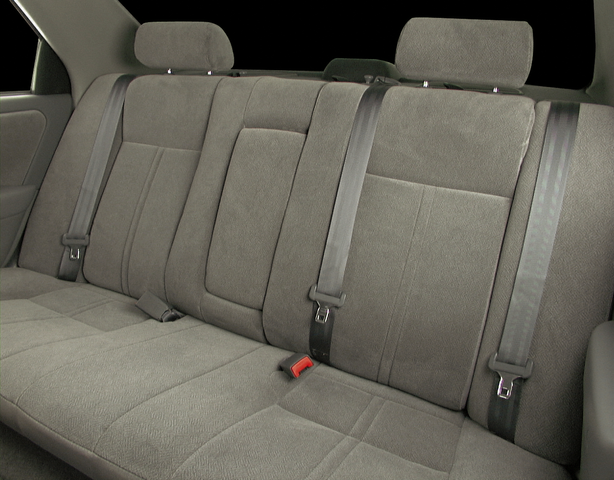