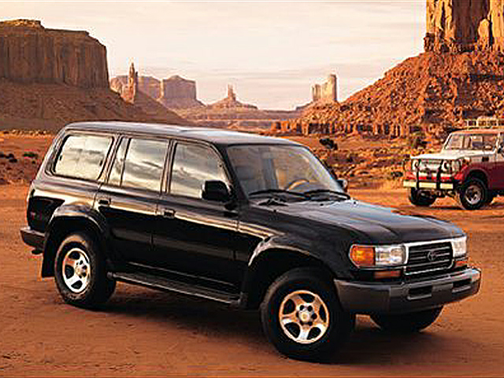 Our 1998 Toyota Land Cruiser trim comparison will help you decide.

After jiggling, heaving and listing our way down a long, steep, rocky trail, we discovered with much dismay that the favorite camping site already was taken.

There were about six tents and a bunch of jacked-up pickups crammed onto our spot. And, ominously, strung between trees was a huge black banner dedicated to Jack Daniel’s whiskey.

The Toyota Land Cruiser had done a great job so far in all respects: highway cruising, its new V-8 shrugging off mountain grades despite its full cargo of gear and humans; smoothing out corrugated dirt roads; and traversing a primitive trail over boulders and ditches with surprising ease.

But the big test was dead ahead.

We were in a wilderness area north of Christopher Creek below the Mogollon Rim, and we knew of another camping spot a mile farther down the trail. But we’d have to endure a rugged stretch to get there.

The trail looked hard and turned out to be as difficult as it looked. I had to drive the Land Cruiser for about 50 yards through a stream filled with loose rocks and deep holes, then jockey it back and forth to get around some closely spaced boulders. After that, we had to descend what seemed like a steep flight of steps carved out of rock, then cross another portion of stream and climb up a slippery mud bank.

Midway through the proceedings, I began wondering whether this was any way to treat a $50,000 vehicle.

But really, it was a piece of cake, the Land Cruiser handling the situation as easily as traversing a curb cut to the grocery store.

Once again, Toyota has produced a premium off-roader, a rugged rock climber with the finesse of a luxury automobile, pampering the occupants as it tames the terrain. Now, with the V-8 engine of a Lexus LS400 under its hood, replacing the venerable straight six, the Land Cruiser has the power and sophistication to deal with any situation, whether a muddy jaunt into the woods or a cross-country trip on the freeway.

The Land Cruiser always has been top drawer among sport-utility vehicles, close at the heels of the Range Rover. We felt at least as pampered as British royalty in our Toyota, with its roomy, cushy leather interior, booming stereo system and compliant suspension.

We may have looked like a band of yuppie rangers in our expensive four-by-four, but the Land Cruiser is certainly no poser. It’s as tough as they come, with its heavy ladder frame and rugged four-wheel-drive system. The frame, beefed up with nine cross members instead of six, was stiffened for this year.

Land Cruiser just celebrated its 50th anniversary, when it started out as a Japanese alternative to the U.S. Jeep and British Land Rover. The fifth-generation ‘Cruiser is longer and wider than its predecessor, with sleeker styling. The look is slightly less macho and broad-shouldered than before, but the muscle’s still there. Only more so.

It may be looking good on the top of the heap, but now it’s priced way out of range for th e common man, turned into a plaything for the rich and a status symbol for social climbers. Still, compared with the other high-end sports-utility vehicles making their appearances in luxury-car showrooms, the Toyota offers more substance and less window dressing.

There’s also a Lexus version, the LX4, which is basically the same vehicle with a few more features slathered on and an even-higher price tag. One notable feature of the LX4 is a system that raises and lowers the ride height.

As it is, the Land Cruiser has nearly 10 inches of clearance, which turned out to be helpful on this journey. It’s a shame that so few of these expensive toys ever get off the asphalt, their athletic ability relegated to duty as a glorified station wagon. Sort of like a thoroughbred racehorse kept in the traces of a cart pony.

But for those who like to get down and dirty, the Land Cruiser will not disappoint. The new V-8 is a major improvement, providing 18 more peak horsepower and 45 extra p ound-feet of torque over last year’s in-line six. It’s also considerably smoother, quieter, more fuel efficient, produces fewer emissions and pulls the heavy sport ute to 60 miles per hour in less than 10 seconds, fully two seconds less than the six.

That’s progress. Still, the fuel economy is not so great, due to the vehicle weight, typical in this thirsty class of vehicle. And the handling, though impressive for such a tall vehicle, is not nearly that of a passenger car. But those are the things one passes up in favor of the macho appeal and off-road prowess of a major sport ute.

On the highway, the Land Cruiser cruises quietly and competently. Hill climbing, passing and high-speed touring are effortless, the big Lexus engine quietly providing strength and motivation. My only complaint is that the steering feels distant and numb.

Because of its length, the Land Cruiser will accommodate a third passenger seat in the rear, minivan style, just like the last generation, making it a true eight-seater. With the rear seat removed, space for gear and luggage is commodious. We had it packed with a tent, sleeping bags and a ton of other junk needed to survive and enjoy three days of family camping.

No, we did not bring the Nintendo.

The four-wheel-drive system is straightforward and easy to deploy. There’s also an advanced anti-lock braking system designed for the rigors of off-road driving.

As well as its impressive competence in any circumstance, the Land Cruiser has another ace up its sleeve. Over the years, Land Cruiser has gained a reputation for sterling reliability and amazing longevity. Resale value stays high, and repeat customers are frequent.

For those fortunate enough to afford one, the Land Cruiser is a rock-solid investment, and a lot more fun than the stock market. Just don’t forget to take it out for exercise somewhere off the beaten path, where it can show off.

October 19, 2020
By Jim in Florida from Fleming Island, Florida
Used to own this car

Purchased my Land Cruiser with 100,000 miles on it. I called the previous owner to ask him some questions and he told me if I ever wanted to sell it, let him know because he wished he hadn't traded it in. What a beauty. Dark maroon burgundy. Best paint job I had ever had on a truck/car. I loved the whole experience. I sold it because I moved where I needed a little bit more economical vehicle. It was a little thirsty, but then it was a very heavy truck. Capable of going half a million miles with that engine. Many have I understand.

Off Road Prowess and Comfort?!

September 13, 2017
By Miata_mama from Bountiful, UT
Owns this car

Where to start with this do anything SUV. Ride in the lap of luxury while having the ability to go ANYWHERE! This is the epitome of off road prowess. Add a bit taller and wider tire, crank the front factory torsion bars and this is a go anywhere SUV. Incredibly easy to work on and modify all the time this rig reserves it's comfortable ride. We changed out the roof rack and bought a roof top tent so weekend get-a-ways as easy as a cooler and clothes, gas up and go!

Best car ever owned by anyone in my family!

I have a 1998 Land Cruiser (that my father owned before me) with about 335,000 miles on it (no joke) and it still looks great!! Neither one of us had any (major) problems with it. I love it and will be sad to see it go...whenever that is. 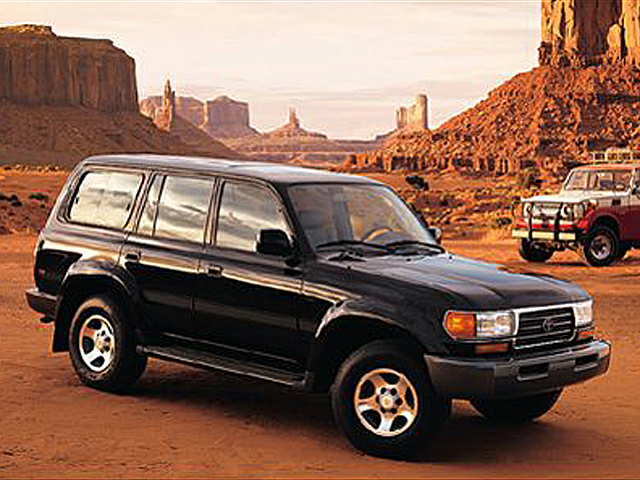 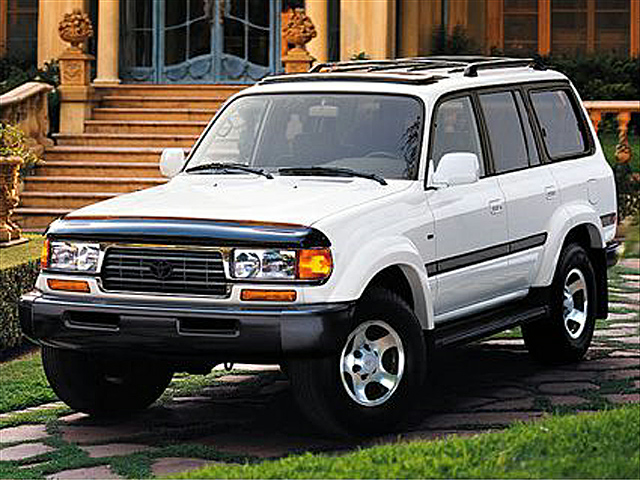 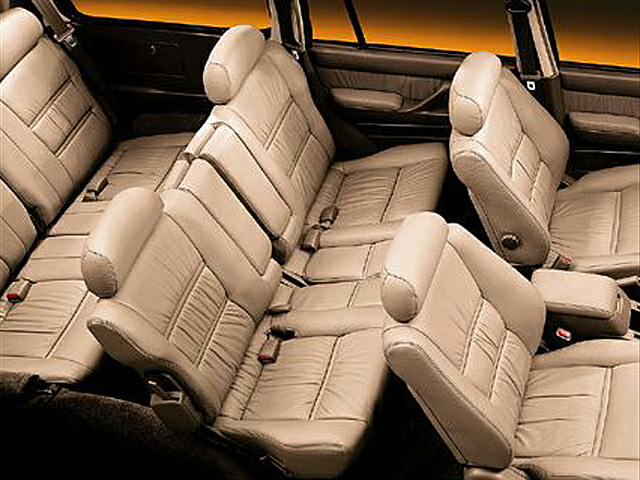