Our 2003 Toyota Matrix trim comparison will help you decide.

Carl writes frequently to complain about my coverage of “foreign” cars.

Carl is a reader. He enjoys waving the American flag. He says I don’t wave it enough. He accuses me of “kneeling” before the Japanese, Germans and Koreans.

I’ve tried to explain to Carl that flags no longer mean what they once meant in the auto industry. The business has gone global. Auto companies trade parts across national boundaries. They share ideas. They co-develop products.

Anyone doubting that should take a look at the 2003 Pontiac Vibe and the 2003 Toyota Matrix. They are practically identical car-wagon utility vehicles (CWUVs).

General Motors Corp. and Toyota Motor Corp. jointly developed the Vibe and Matrix. The vehicles are based on the compact, front-wheel-drive Toyota Corolla/Chevrolet Prizm platform.

GM and Toyota don’t care that one partner is Japanese and the other is American. They don’t discuss past wars and hostilities. They care only about future profits.

Both companies are using the Vibe and Matrix to woo young buyers — people 16 to 26 years old — according to Aerovec, a youth-oriented online magazine.

It matters little that those young people include Asians, Africans, Americans, Arabs, Australians, Europeans and Israelis. Money is the only passport that matters in the auto market.

So GM and Toyota have loaded up the Vibe and Matrix with amenities, horsepower, style and utility. Both vehicles have rear seats that fold easily to form flat load floors. There are 115-volt electrical outlets designed to accept standard wall-type plugs. That means both can provide power for laptop computers and other electronic equipment.

Storage bins abound in the Vibe and the Matrix. There are the obvious door pockets, plus nine concealed storage units in each vehicle.

(Young people apparently have an overwhelming need for secrecy.) Exterior differences between the two vehicles are skin-deep. The Vibe (top photo) has a highly stylized version of Pontiac’s traditional arrow-shaped front end with the bifurcated grille. Rear cornering lights and tough-looking lower-body cladding also are exclusive to the Vibe.

The Matrix, by comparison, is more conservative. It is outfitted with a more mainstream front end, a sculptured ode to the Toyota Camry.

The roofline slants severely to the rear (a design cue hidden on the tested Vibe GT by a roof-mounted luggage rack). The Matrix’s body is free of the lower-body cladding found on the Vibe.

But Toyota seems to have had the most influence in interior design.

Both vehicles feature dramatic instrument panels that swoop downward toward high-mounted cradles for gearshift levers. The look is reminiscent of the control centers in the larger Lexus RX 300 and Toyota Highlander car-wagon-utility models.

I drove the top-level Vibe GT in New York and the mid-level Matrix XR in the Washington area. The Vibe GT was equipped with a 180-horsepower version of Toyota’s variable-valve-timing in-line four-cylinder engine, which was linked to a six-speed manual transmission. The Matrix XR came with a 130-horsepower version of that engine linked to an electronically controlled four-speed automatic transmission.

The top-of-the-line Matrix XRS has the same equipment found in the Vibe GT.

The bottom line is that both the Vibe and Matrix are likable, fun-to-drive vehicles, highly suited to urban environments (though the automatic transmission makes more sense in New York City’s stop-and-go traffic).

Both vehicles appeal to young people, according to Alix Knapp, the 19-year-old founder and editor of Seattle-based Aerovec.

Knapp says she doesn’ think “Buy America.” She says she and her readers simply think “Buy.” She said: “We like these smaller vehicles. We don’t like big SUVs. We’re not into that.”

Good room and handling. Ride is stiff. Gas mileage good. Noisy engine. Reliable as most Toyotas. Has the flip up rear hatch window that has all but disappeared.

November 6, 2020
By Love my Matrix from Cedar Knolls, NJ
Owns this car

Efficient use of interior space. Better than a small SUV. Love the rears seats that fold completely flat, the rear hatch window that can open, the front seat that can fold down. Plenty of space for extra tool storage in the tire compartment. No repairs needed except for brakes, tires and a battery. Runs and looks like new after 179,000 miles and 13 years

My best car yet!

August 23, 2020
By Shirley's Car from Rosedale
Owns this car

After owning a Camry and Rav4, the 2003 Toyota Matrix XR is the best in performances, low maintenance, Reliability, comfort while traveling long distance, etc

Rating breakdown (out of 5):
4 people out of 4 found this review helpful. Did you?
Show full review
See all 35 consumer reviews 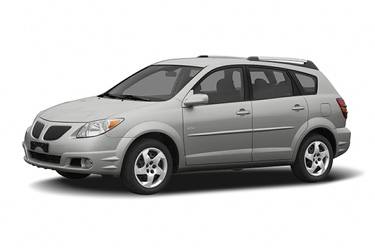 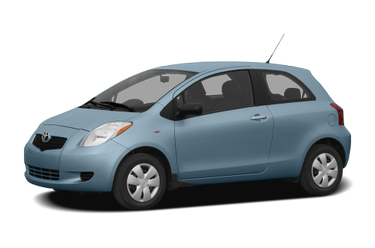 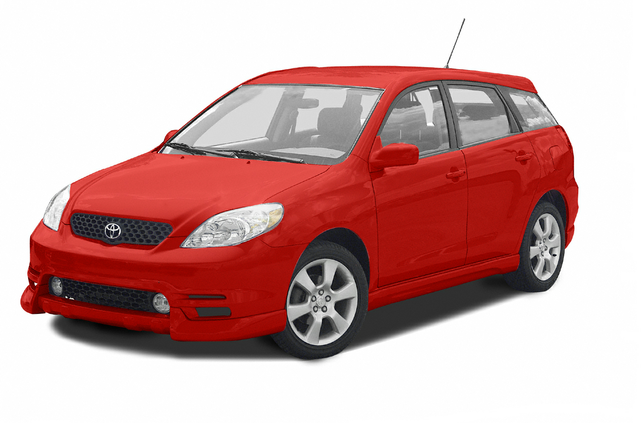 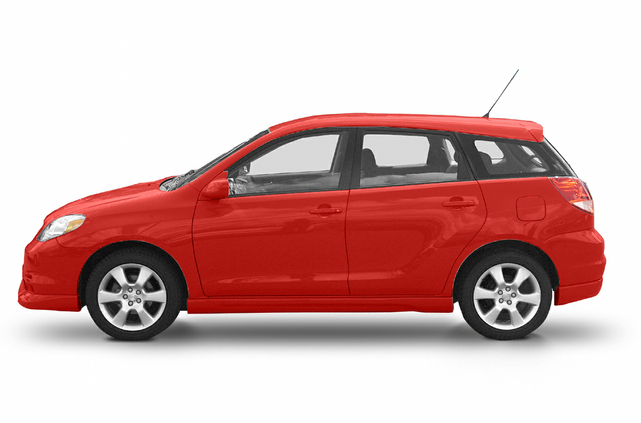 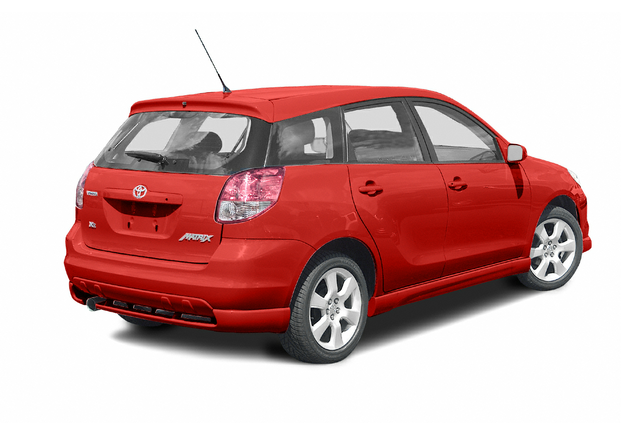 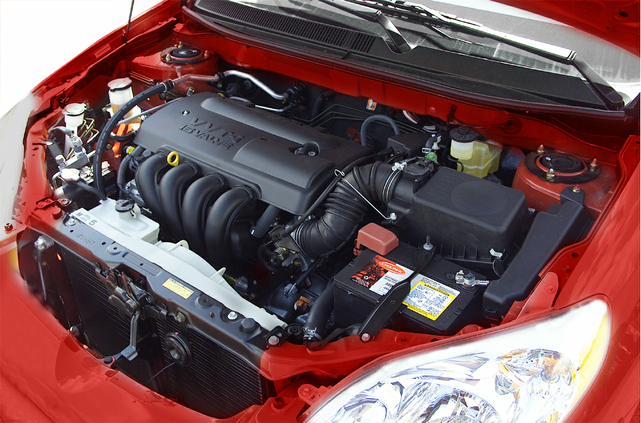 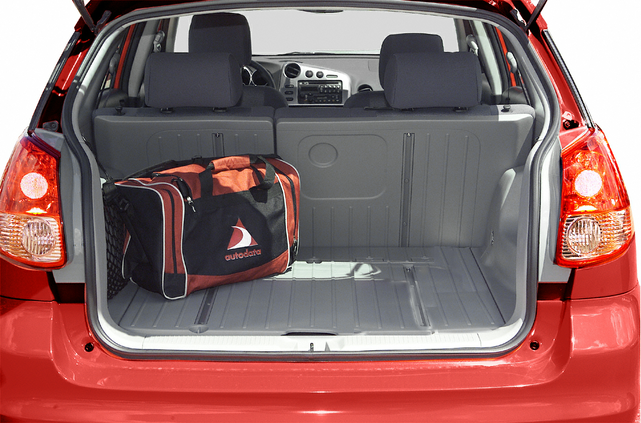 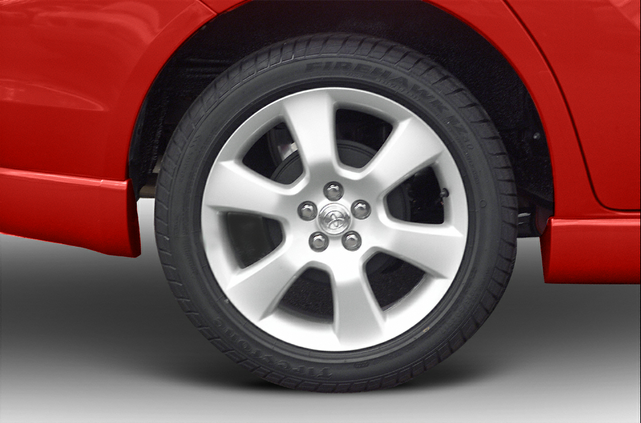 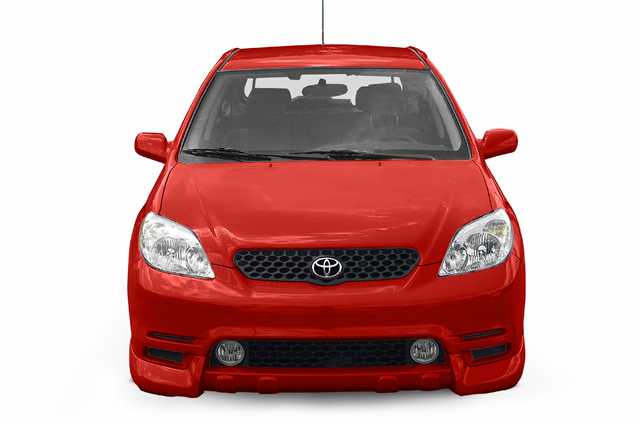 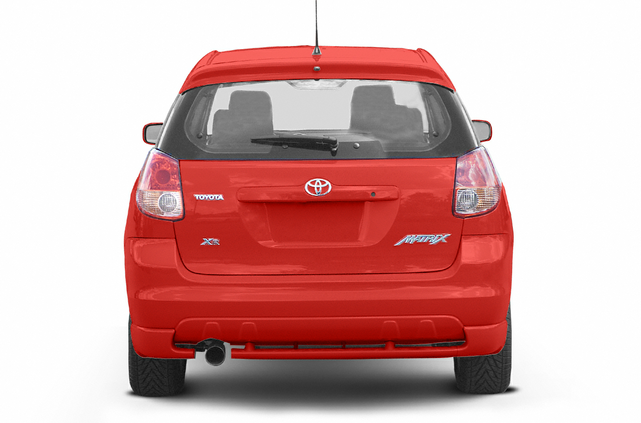 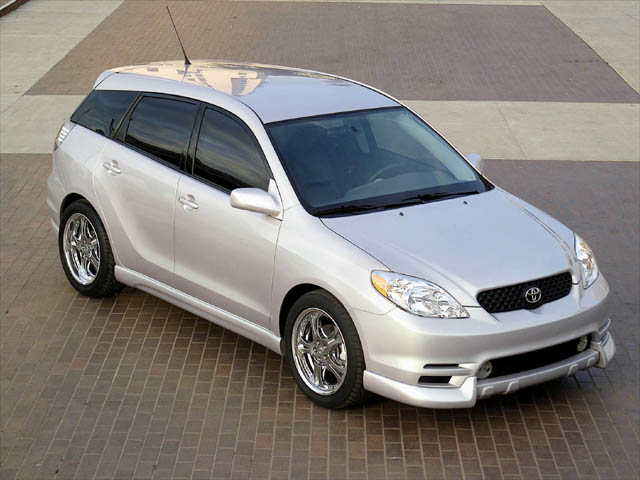 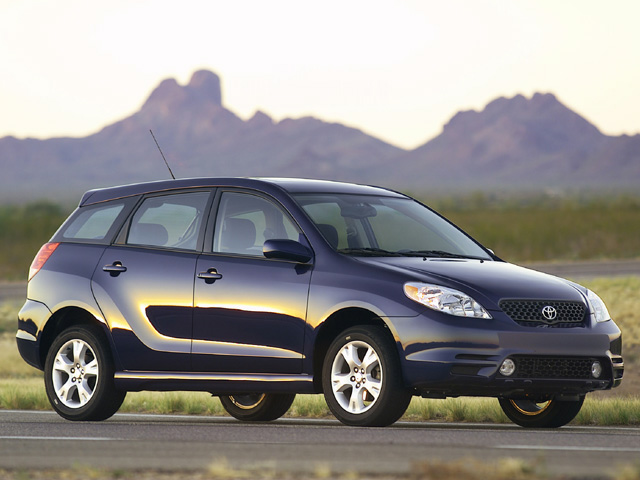 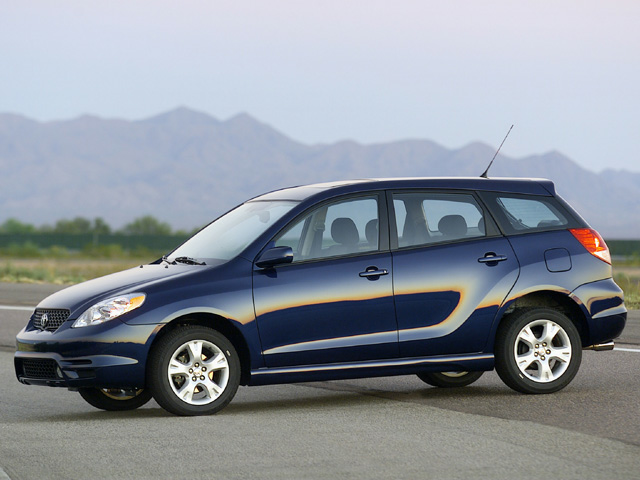 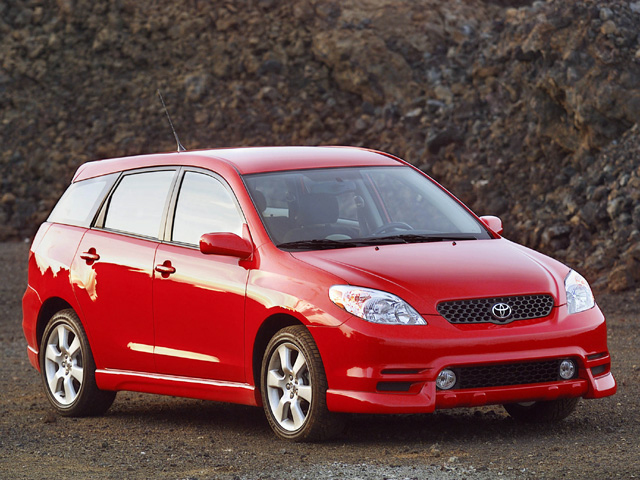 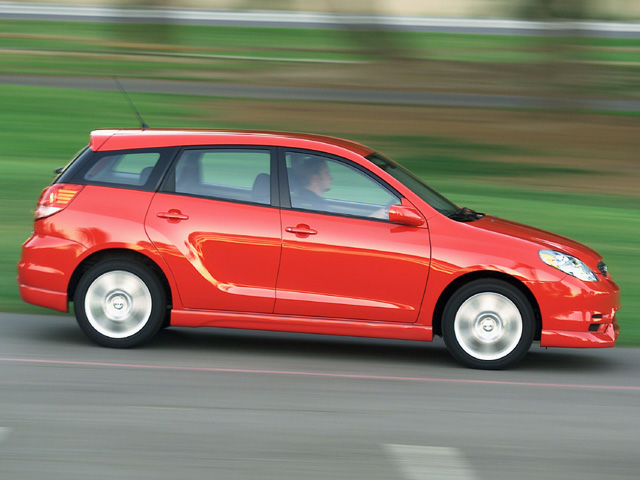 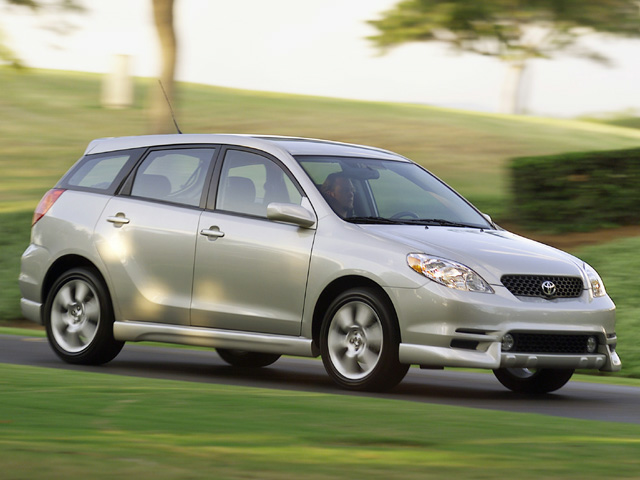 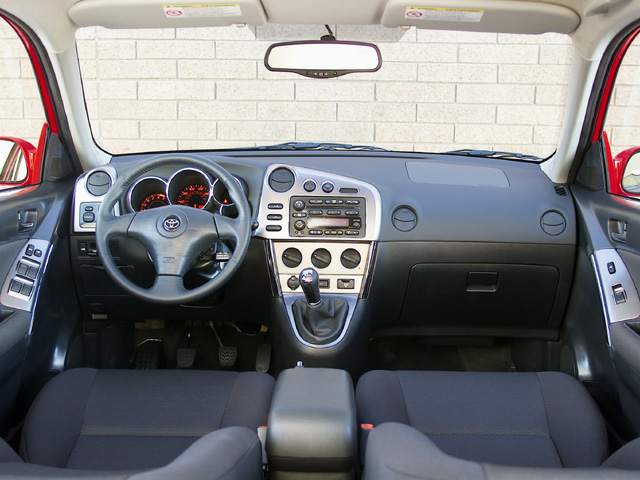 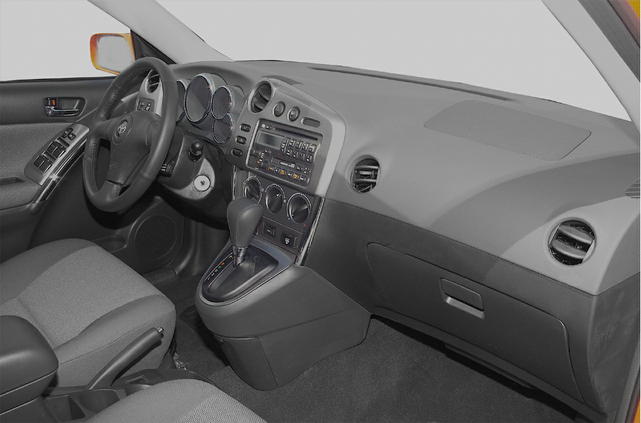 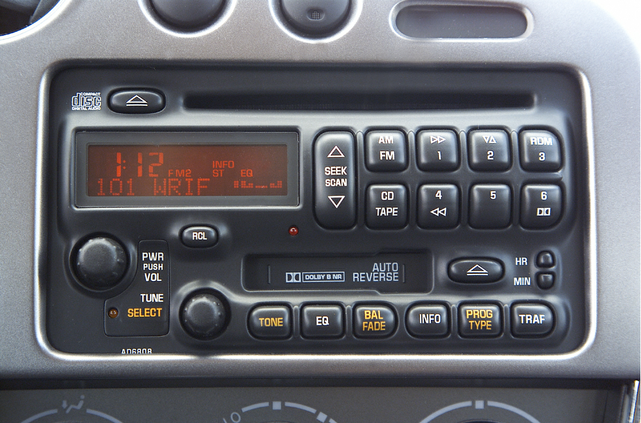 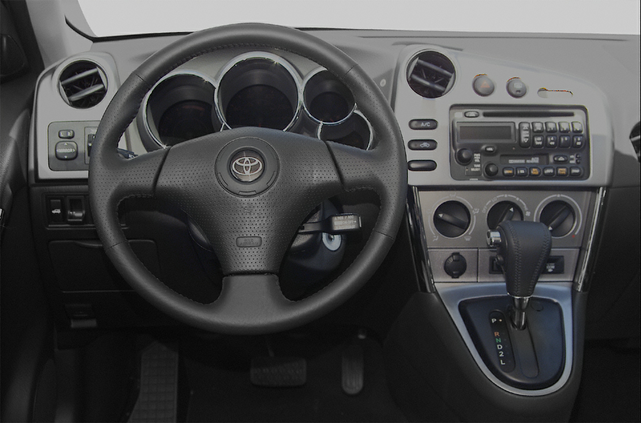 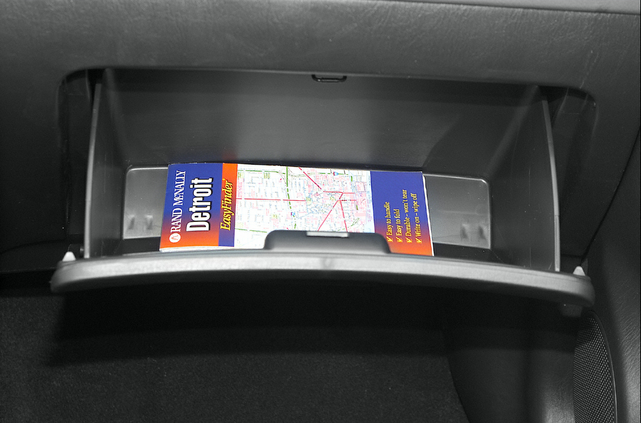 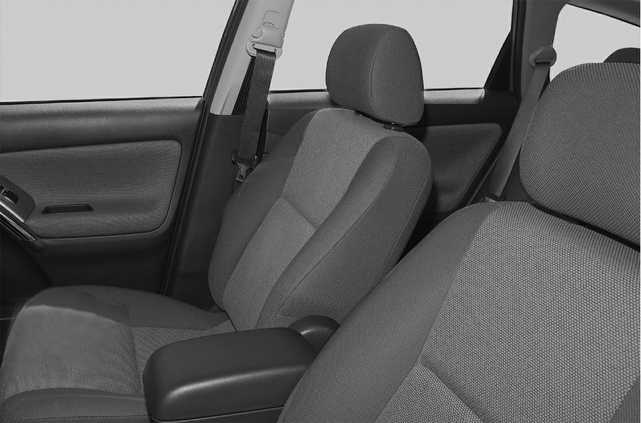 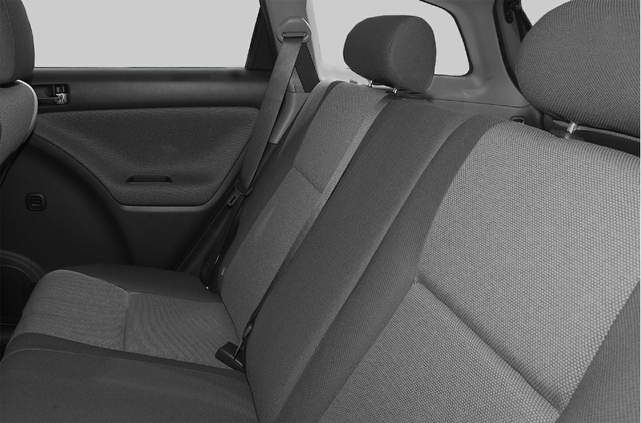 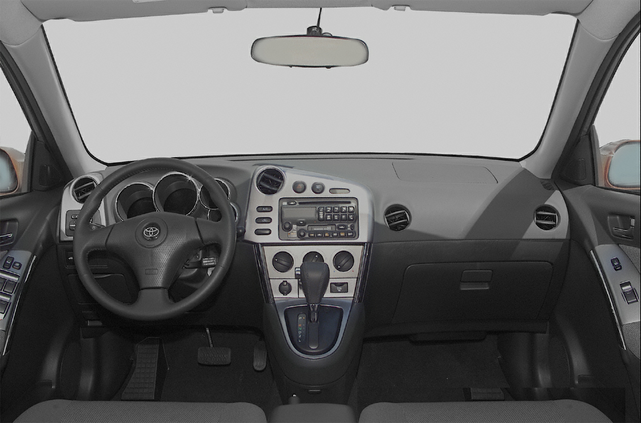 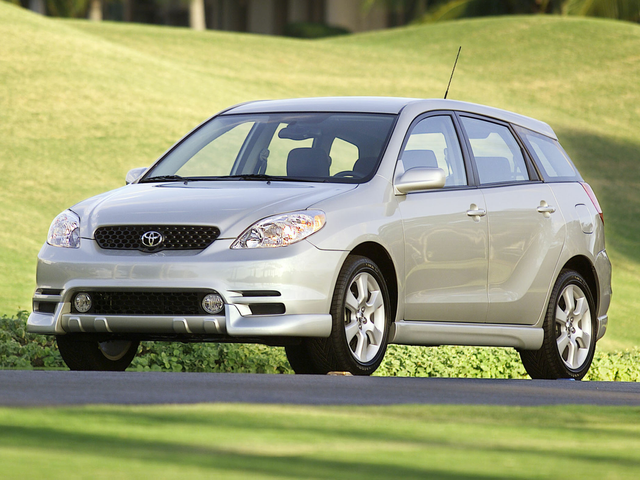