Our 2002 Toyota Corolla trim comparison will help you decide.

Vehicle Overview
Following a face-lift for 2001, Toyotas front-drive subcompact sedan sees no changes for 2002. A near-twin of the Chevrolet Prizm, which will be dropped after the 2002 model year, the Corolla has been Toyotas second-best seller behind the midsize Camry. According to Automotive News, Toyota dealers sold 230,156 Corollas during 2000.

A sporty S model slots between the base CE and upscale LE trims. Chevrolets Prizm has different styling but uses the same front-drive platform and mechanical components as the Corolla. Both are built at a California plant that the two companies share, but some Corollas are produced in Ontario, Canada. A redesigned 2003 Corolla goes on sale in January 2002 and is likely to have a more youthful appearance.

Exterior
Equipped with multireflector halogen headlights, the Corollas styling is clean but conventional. The S model has color-keyed side moldings, grille and rear mudguards. The Corolla rides a 97-inch wheelbase and measures 174 inches long  just slightly shorter than the Ford Focus and Honda Civic. Four-door sedans are 66.7 inches wide and 53.7 inches tall.

Interior
The Corolla seats five occupants on cloth-upholstered seats. Compared to some rivals, the Corollas standard-equipment list is on the meager side. Even on the top-of-the-line LE, such items as air conditioning and power windows, locks and mirrors are optional rather than standard. In fact, the LE is the only Corolla model that comes with a standard cassette player, as well as a split-folding rear seat, rear-window defogger and tilt steering wheel. None of this seems to deter buyers, who simply check off desired items that are offered in special packages.

Under the Hood
A 1.8-liter four-cylinder engine that develops 125 horsepower works with a standard five-speed-manual gearbox or a three- or four-speed-automatic transmission. The three-speed unit is optional on the Corolla CE, while the others can opt for the four-speed automatic.

Safety
Side-impact airbags are optional on all models, and an antilock brake option is available for only the LE and S editions. Toyota says the Corollas bumpers can withstand a 5-mph collision without damage, a claim that some larger cars cannot match.

Driving Impressions
Despite conservative styling and prices that are higher than those of many competitors, the Corolla is one of the best subcompacts on the market. Toyotas long-lived sedan delivers an impressive blend of frugal fuel economy, refinement, reliability and durability.

Performance wont stir emotions, but its wholly adequate for ordinary driving, whether the Corolla is equipped with the manual shift or the automatic transmission. Corolla owners can expect easy driving, capable maneuvering and a smooth ride in a sedan thats quieter than some larger automobiles.

This vehicle was the biggest piece of garbage I have ever owned. The few years I had it were the worst experience I have ever had with a vehicle. It barely made it to 150,000 miles. I had to replace 2 catalytic converters in that time. I have never spent that much money with so few miles just keeping a vehicle on the road. I never went over 5000 miles between oil changes (many were every 3000) and all routine maintenance was done in a timely manner. Apparently it was too much to ask that a car I bought brand new actually perform decently and last. Toyota really phoned it in with 2002 Corolla.

most reliable car i have owned

December 21, 2019
By Jason from los angeles
Used to own this car

this is car met all of my need. it has plenty of legroom in the front and back , the ride is great compared to other cars i tested .

Most Practical Car To Buy

November 30, 2019
By SteffieRolla02 from Allentown, PA
Owns this car

This is my favorite Generation Corolla (8th Gen - 1998-2002) I’m a petite woman at 5 feet tall. It’s hard for me to fit properly in a lot of cars due to my legs or the seat and petals not being adjusted properly. I fit in this car perfectly. I like cars that are a bit older (pre-touchscreen radios era) and I did easily replace the cassette radio with a newer CD/Bluetooth radio. I like a lot about this car. The headlights in this particular generation have an extra set of bulbs that come on when the high beams are on. (My 2002 Chevy Cavalier didn’t - the lights just shifted.) This helps make the road significantly brighter in these situations. Mine also has automatic headlights/tail and dash lights for when it’s dark. It also has daytime running lights. A lot of newer 2010s cars don’t even have that! The interior is comfortable and has everything that you really need while driving. It has lots of room for you and your passengers (even if you are tall.) The cup holders pop out when needed and can be hidden when not needed. There is plenty of storage to store your umbrellas, important papers, CDs, etc. This car has pretty much power and can pick up speed pretty well. This car is for men and women of all ages. I’m in my 20s and I intend to have this as my car when I have children one day. My boyfriend enjoys driving this car sometimes also. This car is EXCELLENT on gas. I commute mostly back and forth to work, and maybe shopping sometimes. I fill up once, maybe twice a week in gas. I think it looks great, a lot nicer than many cars these day. I absolutely recommend this car. :)

Rating breakdown (out of 5):
4 people out of 5 found this review helpful. Did you?
Show full review
See all 39 consumer reviews 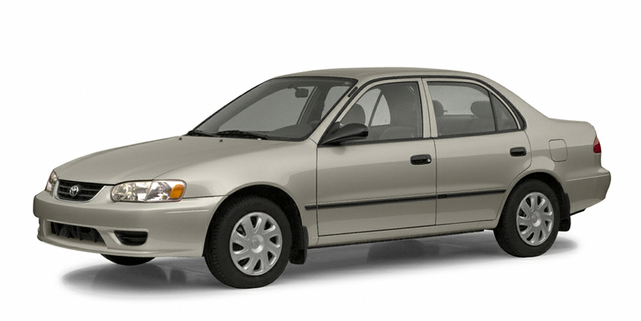 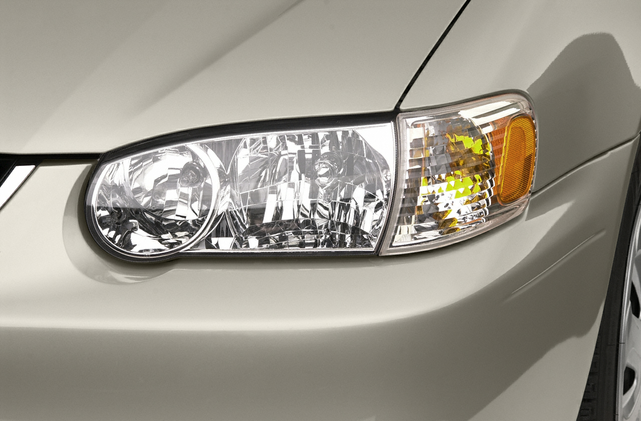 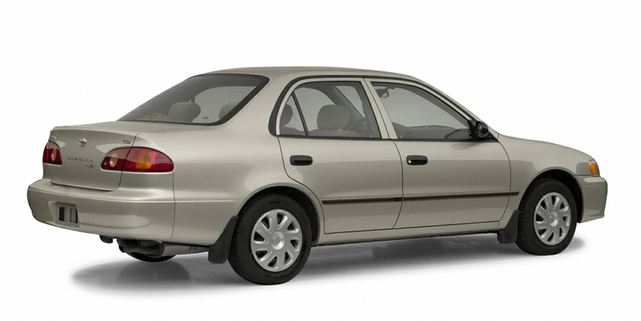 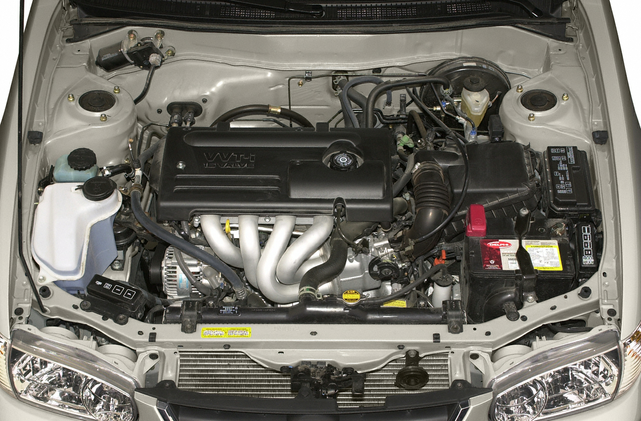 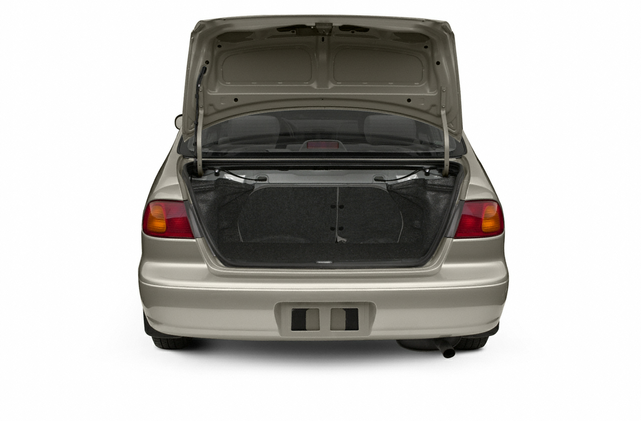 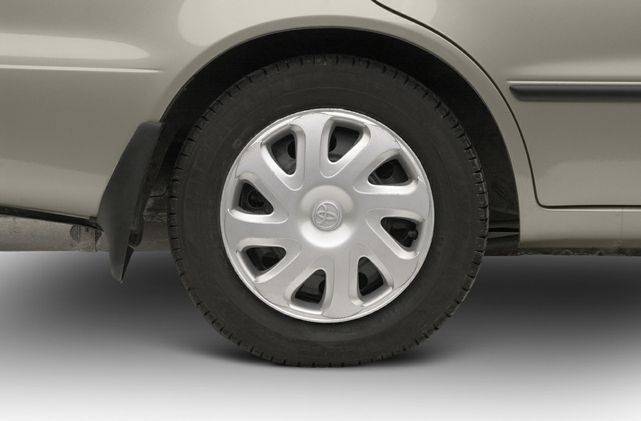 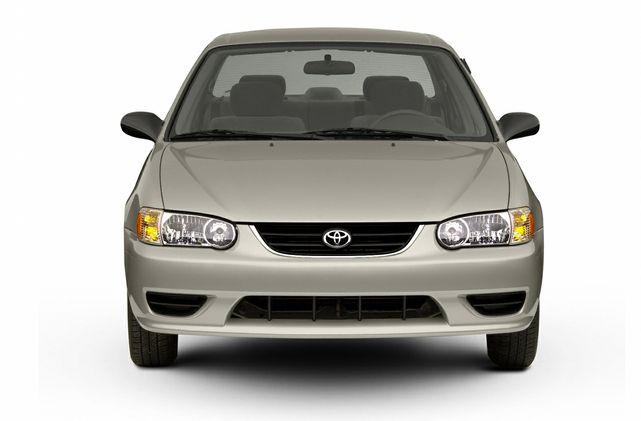 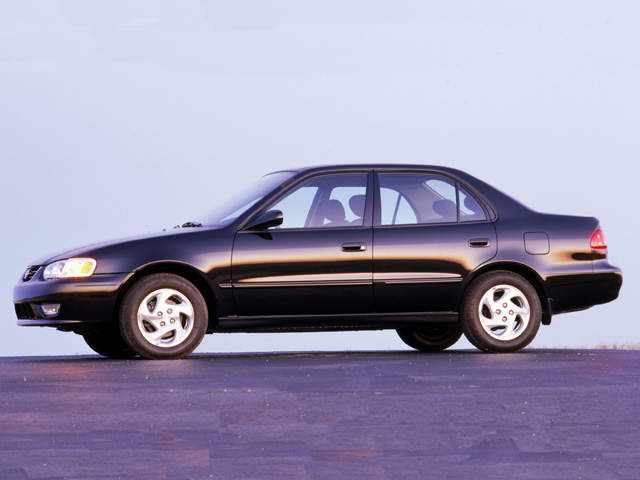 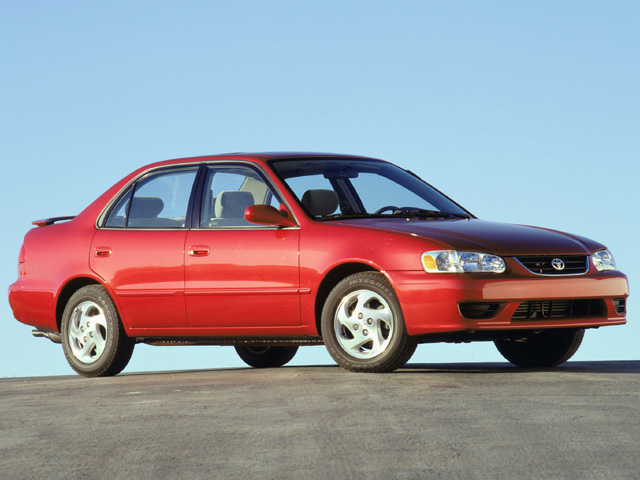 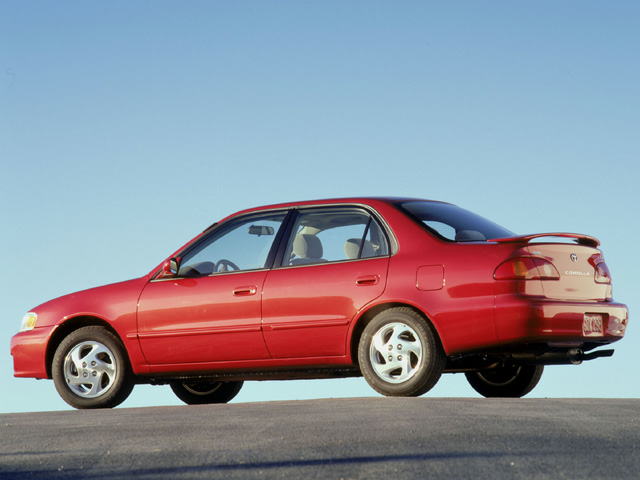 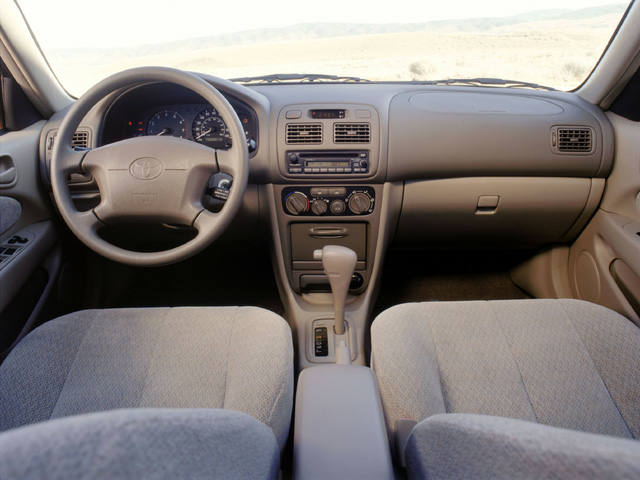 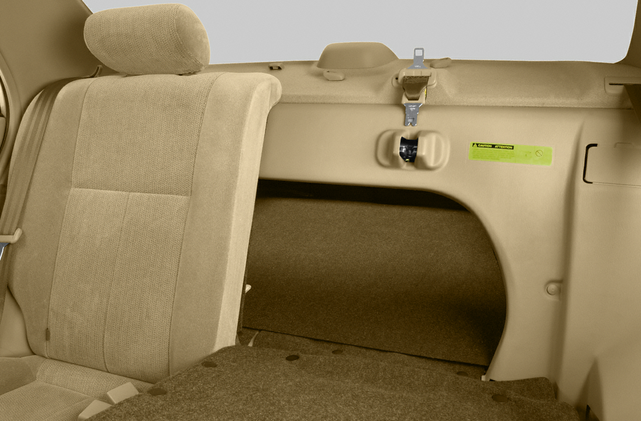 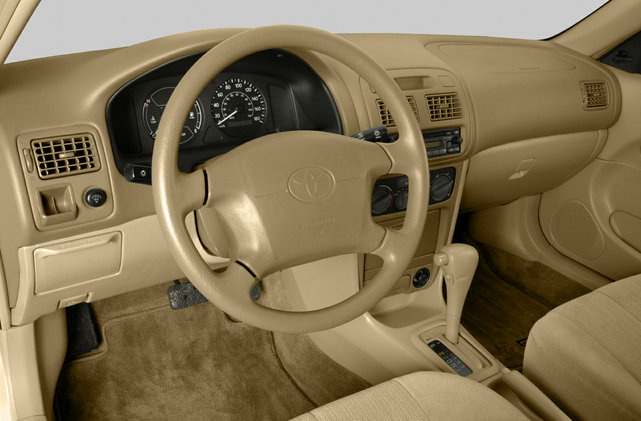 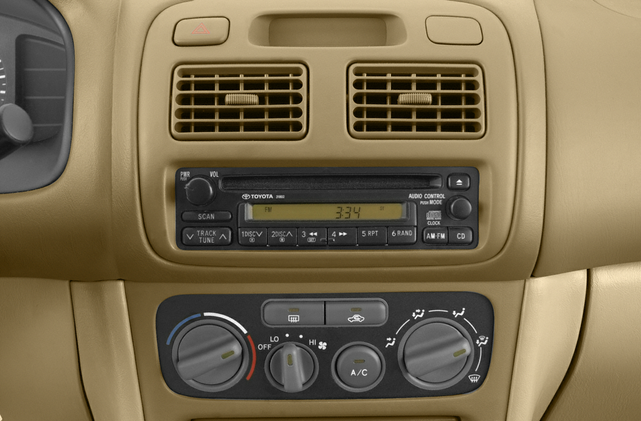 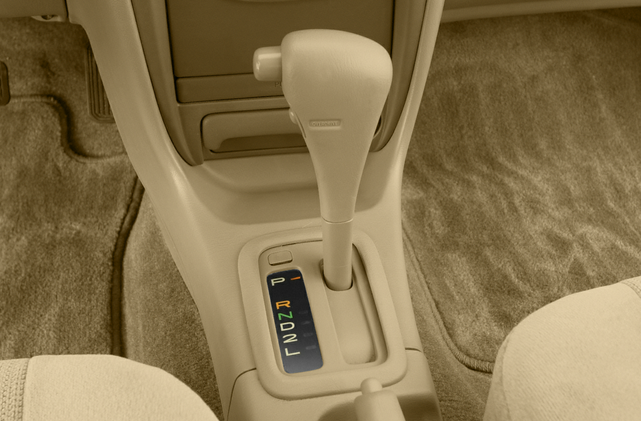 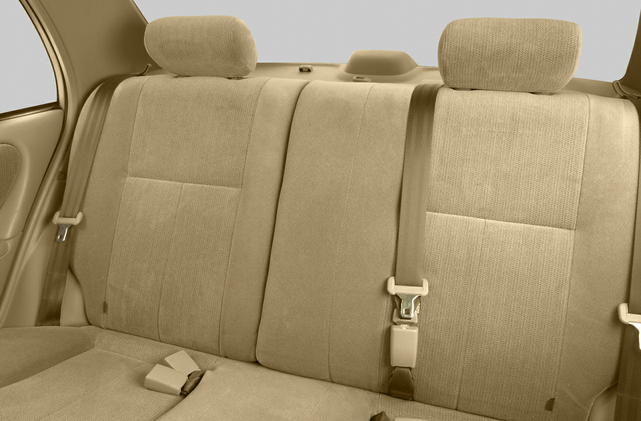 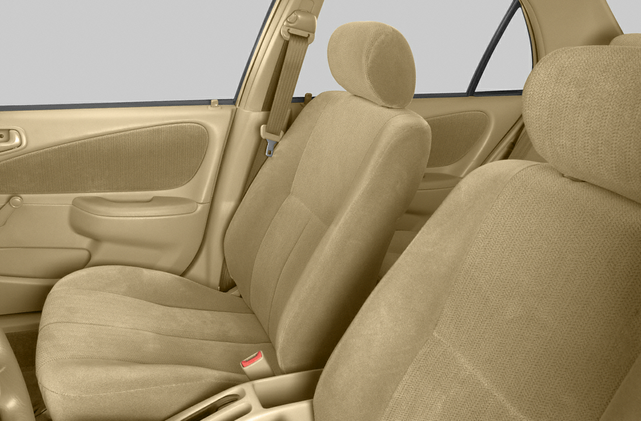