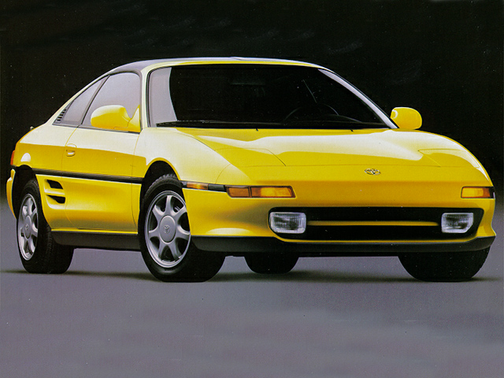 Our 1992 Toyota MR2 trim comparison will help you decide.

This may start an argument, but to my way of thinking there has only been one true classic Japanese car.

That would be the Datsun 240Z of 1970. The 240Z flattened the tires of the British automakers who dominated the sports car business since the end of World War II. And its styling, performance, reliability and affordable price all set standards for inexpensive sports cars.

But now there’s another Japanese sports car that deserves to be a classic.

That would be the current version of the Toyota MR2 Turbo.

Someday sports car fans are going to look back and wonder why this car didn’t sell well.

Truth is, the MR2 is the right car at the wrong time.

The baby-boom generation, those who bought MGBs and Triumph TR6s and Datsun 240Zs, are now family men and women who are driving sports sedans, minivans and sport-utility vehicles. The numbers of those who would like to own a two-seat sports car are dwindling.

But all of that takes nothing away from what the MR2 Turbo can do.

If you have always wanted an exotic supercar, but never had six figures to part with, you should look at an MR2 Turbo.

PERFORMANCE The MR2’s 2.0-liter 16-valve four-cylinder delivers 200-horsepower. The car weighs 2,908 pounds. The net result of those numbers is this: Step on the accelerator in first gear and you feel like an arrow being shot out of a bow.

Toyota claims the MR2 can do 0-to-60 mph in 5.9 seconds. However, several enthusiast magazines have not been able to duplicate that performance.

But we are quibbling about a few tenths of a second here. In the real world that doesn’t amount to much because the MR2 Turbo gives you all the performance you’ll ever likely need.

The snappy, rev-happy engine pulls hard up to about 5,000 rpm. Then it quickly runs out of breath. But that doesn’t affect performance because the engine develops most of its power long before you reach the upper rpm ranges.

A wonderful array of engine sounds becomes audible as the engine winds up. When the turbocharger begins spinning, it makes a noise similar to a dentist’s drill.

The exhaust has a deep, throaty growl when the car is accelerating.

Toyota outfits the MR2 Turbo with a slick-shifting five-speed manual transmission. The regular version of the MR2 can be ordered with a four-speed automatic or the manual gearbox.

The clutch pedal is easy to use, but it takes a bit of finesse to master.

Gas mileage did not suffer, even though I drove enthusiastically. Using the air conditioner, I got 22 mpg in the city and 28 on a trip to Tampa.

The MR2 comes with a unique rack and pinion steering system. It’s electric and hydraulic. There were times when I didn’t like it.

When the car was moving at 2 or 3 mph, such as when backing out of a parking space, the wheel required an enormous amount of effort to turn. It was worse than having no power steering. However, at speed the steering smoothed out considerably.

The MR2’s high price is one reason the car has found so few takers- about 3,000 have been sold this year. Anti-lock brakes, a necessity on such a high-performance car, are a $1,130 option. Toyota could add a bit of value by making the ABS standard and lowering the price by that amount. The test car did have the ABS brakes, and they were terrific. The four-wheel disc brakes were perfectly matched to counter the car’s brutal acceleration.

The suspension system s unusually tight. Stretches of road where there are numerous dips in quick succession can cause the front-end to bounce enough for the car to lose its poise.

Other than that, I could find no fault in the MR2’s suspension. The faster and harder you push the MR2, the better it performs.

The test car came with a leather trim package, another expensive option at $1,305. The seats were nice-looking and provided excellent support.

The seats adjust to provide ample room for those 6 feet and under. A friend who is 6 feet 2 inches said the rear spoiler partially blocked his vision.

A driver’s side air bag complemented the ABS brakes.

The one improvement I would make involves the air conditioner. It is of the old type that cycles on and off to maintain a temperature. Most new cars, and certainly those that cost more than $25,000, have computer-controlled air-conditioning systems that blend a mixture of outside air to adjust the temperature.

In any case, the MR2’s performance and styling certainly give the car everything it needs to be a classic.

Truett’s tip: With its mid-engine design, super-car handling and stellar performance, the MR2 Turbo sets the standard for small sports cars. Nothing this side of $65,000 can touch it.

This car is spectacular for the enthusiast who wants raw handling and no gimmicks experience on a midship platform. Toyota reliability and smooth modern lines keep the car timeless and despite earning it's "poor man's Ferrari" the design came before the infamous and equally as cool Ferrari F355. A negative stigma of the snap oversteer is prevalent on any mid-ship car and quite frankly, this is no exception. It is why the car is known as the widowmaker in foreign countries. Overall, the car has everything you'd need from a car, sans the high end price tag. A/C, heat , power steering, ABS, power windows/ locks, cruise control, a premium sound system (if optioned, out) factory alarm and window etching covers nearly everything a modern car does but without the baggage. Small and nibble, that's the name of the game here. This car yearns for twisty back roads and if given the chance, show its true performance. 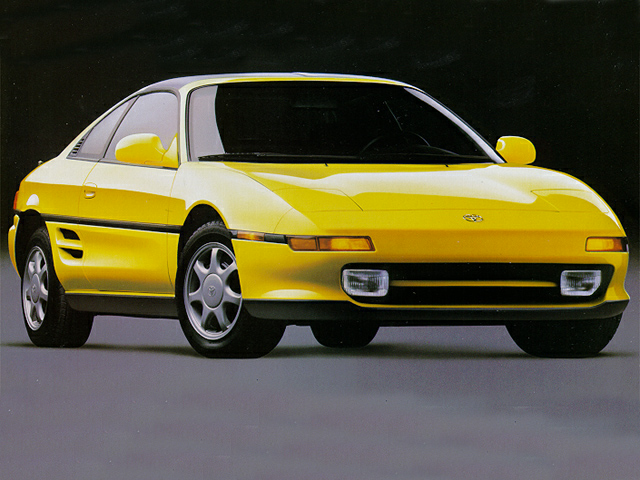