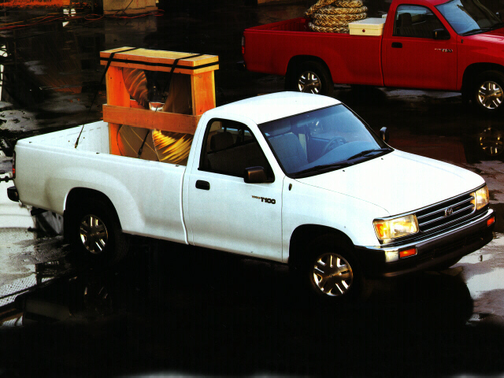 Our 1997 Toyota T100 trim comparison will help you decide.

Why is it that Toyota has struggled to sell its T100 full-size pickup?

Good question — one that I thought deserved a closer look.

No doubt about it, this is a full-size pickup. Its wide flanks, subtly sculpted, aren’t as macho as some pickups, but still are distinctive and modern.

There are three trim levels. Standard grades get two-wheel drive and a 2.7-liter 16-valve double overhead cam four-cylinder engine. A standard cab and long bed ensure the 4-by-8-foot sheet of plywood will fit on the bed floor.

Next up is a better-equipped T100 Xtracab, powered by a 3.4-liter DOHC 24-valve V6. Top dog is the tested SR5 model. This truck has the same engine as mid-level models, but indulges its drivers with a long list of little luxuries. A part-time four-wheel drive system is available on the top two trim levels and can be engaged below 50 mph. A five-speed manual or four-speed automatic are available on all models. The Xtracab models, though, can only be had with the short 4-by-6-foot bed. Combine that with the lack of a V8 option and lower payload capacities than domestic competitors and you end up with a pickup that doesn’t work as hard as it plays.

But with so many pickup buyers using them as car substitutes, that might not matter much.

A driver-side air bag is standard. The dash features complete instrumentation. The secondary gauges remind me of those from an early ’60s Chrysler. The plastics are finely grained, and the whole cabin is impeccably assembled in the Toyota tradition. It has all the comforts of a car and more.

Take the four-wheel drive system. While only a part-time system, it works quietly and unobtrusively, with little noise. The truck’s handling feels a bit heavier when it’sengaged, but not overly so. The light power steering has a quick ratio and, combined with an adeptly tuned suspension, it’s almost car-like. Thankfully, Toyota left enough truck feel dialed in. The tail will even hop over bumps, but only in aggressive maneuvers. Considering the SR5 with optional P265 tires has a 9.3-inch ground clearance, that’s quite a feat.

The stiff-build quality Toyota is famous for is here in spades. Hitting harsh bumps reveals no chassis flex, the steering wheel doesn’t tremble, nothing shakes or rattles. No bouncy suspension, either. This is something some domestic pickup buyers are used to. The fine bucket seats hold you in place. The fine stereo system has imaging so real, you’d swear the band was in the back seat.

Four-wheel anti-lock disc brakes are optional, but well worth the $590 cost. They worked quickly and effectively, especially with an empty bed. The front disc/rear drum brakes have Toyota’s usual light pedal feel.

Certainly, there are trucks that work harder or go faster than the T100. But used the way a lot of pickups are today — as a substitute for a car — this is one competitive pickup with good acceleration and handling, four-wheel drive capability and Toyota’s excellent reputation for reliability.

With a price that competes strongly against Detroit’s Big Three, it’s hard to see why Toyota can’t sell all it can build. Maybe because, to the “I gotta have a V8” crowd, this truck will never be a real competitor until it gains two cylinders.

They don’t know what they’re missing.

Likely to be the last vehicle that I'll buy

I purchased this T 100 SR5 extended cab 'brand new' from my local Toyota dealer in July 1997. It has been my daily driver in my small town now for 22 years. It is serviced by the selling dealer every 5000 miles and I've only used synthetic oil per dealer recommendation. The vehicle has never had a breakdown or mechanical/technical issue since I purchased it. It has not experienced any accidents or damage since new. I had it into the dealer last week for the 5000 miles oil change and 24 point inspection the dealer routinely does at this time on all major systems. No discrepancies were found with any system and the original brake linings were noted to be at 50%. This truck now has 105000 miles on the odometer (at the 22+ year point). I see no signs of corrosion, hear no squeaks or rattles and the painted surfaces have held up well (garaged when not driven). This is the 3rd Toyota I've owned and don't expect that I'll have to replace it before I give up driving (in another 10-15 years). By all the evidence, when I chose this Toyota T 100, I chose wisely.

MOST RELIABLE VEHICLE I’VE EVER OWNED

I drove it for 20 1/2 years. We never put more than $4,000 in it including oil changes. My granddaughter has been driving it for 2 years. The integrity of the body is AMAZING. 13 years in Utah. No rust. They don’t make them like this very often. I now have a 2014 Lexus RX 350. I heard that Toyota built it too!

June 20, 2018
By LEB from Batesville, Arkansas
Owns this car

All model years for the Toyota T100 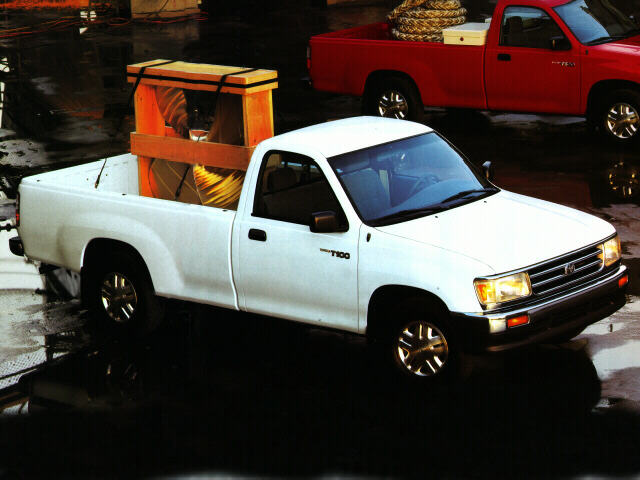 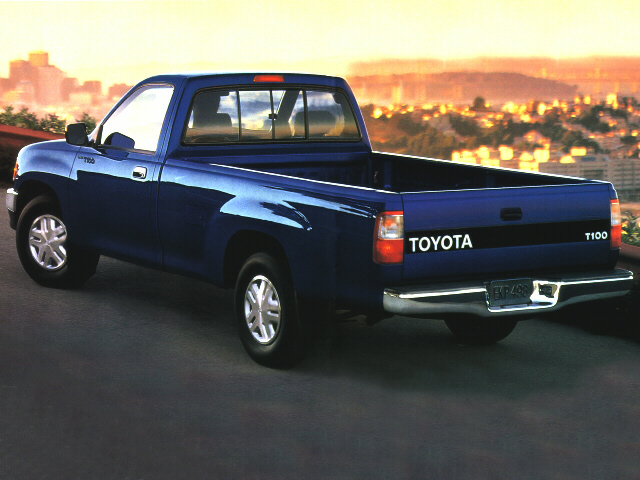 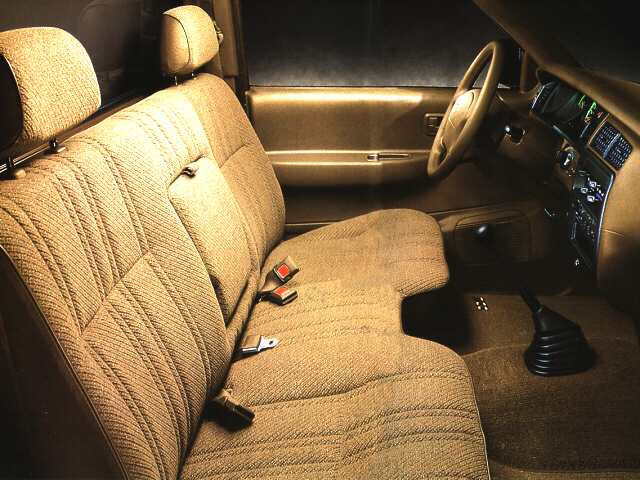