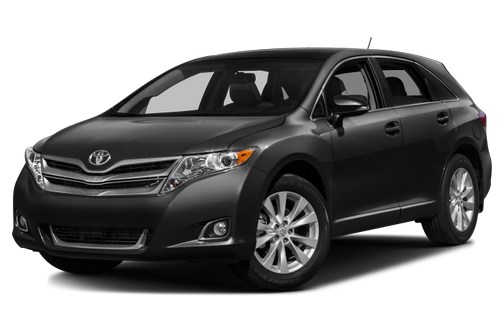 Our 2014 Toyota Venza trim comparison will help you decide.

The 2014 Toyota Venza blends some of the best features of a crossover SUV and wagon, but it’s one of those vehicles that most people either love or loathe.

Even within my own home, this dichotomy was strong and ever-present. I personally loved the Venza’s “just right,” carlike feel alongside its functional cabin and cargo space. My husband, on the other hand, never ceased to remind me how much he disliked the Venza.

The five-seat Toyota Venza SUV comes in LE, XLE and Limited trim levels, each available with front- or all-wheel drive. I drove an all-wheel-drive Limited, which is available only with a V6 engine; the lower trims, like the Toyota Venza XLE, offer a choice of a four-cylinder or V6. Both engine options are paired to a six-speed automatic transmission. See the Venza’s V6, all-wheel-drive versions compared side by side here.

While there aren’t many changes from the 2013 model year, the 2014 Venza comes with a few additional features, including power-folding side mirrors in the XLE and Limited trims, as well as front and rear parking sensors in the Limited. Compare this year’s Venza with the 2013 model here.

The Venza doesn’t seem to fit into any one category, but comparable options include the Ford Edge, Honda Crosstour and Subaru Outback (compare them here).

Exterior & Styling
My husband’s biggest complaint about the Venza seemed to center on its exterior aesthetics. He even said to me one morning when our paths were crossing in the driveway, “I almost didn’t recognize you driving around in such an ugly car.” Ouch.

I’m honestly baffled as to his beef with the Venza’s looks. Maybe it’s the abundance of Toyota ads marketing the Venza to Boomers? (He is a full decade older than me; maybe he’s feeling the need to reclaim his youth rather than embrace his sexy, distinguished maturity?) I happen to like the Venza’s low stance and unique blend of wagon and crossover looks. Some in our office have decided to dub the Venza “fat-wagon.” I think “phat-wagon” is more suitable, but either way, I’m perfectly comfortable with its unique proportions.

How It Drives
During the recent arctic freeze through which seemingly the entire country suffered, my all-wheel-drive (AWD) Toyota Venza managed incredibly well in my Rocky Mountain stomping grounds. It felt so confident and capable on slick roads that I didn’t hesitate to drive around on snow or ice to try to nab an elusive loaf of bread and gallon of milk.

While the Venza proved to be great as a grocery-getter and errand-runner (its standard acoustic laminated windshield kept the car quiet around town), it sadly became rough, unrefined and loud on the highway. And thus my love affair ended. Some of our editors noted its “mushy”-feeling brakes. And thus my love affair ended again. Another colleague echoed this sentiment, noting an overly harsh ride on alloy wheels in the Venza without a payoff in handling or body control.

With the 3.5-liter V6, 6-speed auto transmission and AWD, the Toyota Venza gets an EPA-estimated 18/25/21 mpg city/highway/combined. These numbers jump up in the four-cylinder AWD version, to 26/22, with 20 mpg city. The front-wheel-drive Venzas get a combined 22 mpg with the V6 and 23 mpg with the front-wheel four-cylinder.

Interior
My husband’s second gripe with the Venza had to do with the abundance of cheap-looking plastic finishes on both the dash and door panels. I reminded him that it’s a Toyota, not a Lexus, but he countered that with our test car’s $40,720 price tag, we shouldn’t have to settle for “cheap” inside. He has a point, and some of our editors agreed. They’ve noted a low standard for interior materials and build quality in the Venza, as well as outdated electronics.

One thing we can all agree on is the benefit of the well-thought-out storage space up front in the Venza, which is within reach of both the driver and the front passenger. Highlights included a dual center console that’s covered in part by a sliding cupholder unit — a perfect place to stash my iPhone upright for use when navigating. There’s even a passage that routed my phone’s power cord to the charging port inside the center console. To the left of the steering wheel was another storage bin I used for loose change and trash.

In my test car, I appreciated the Toyota Venza’s available heated front seats on those sub-arctic-morning school runs. However, the black leather interior surfaces were impossible to keep clean. They got very grimy very quickly from ice residue that seemed to get tracked in on shoes and gloves.

The kids had more than enough legroom in the backseat to lounge, stretch their legs out long and even fit their ginormous backpacks under their feet. The Venza has 39.1 inches of rear legroom — much more than the Outback’s 37.8 inches but a little less than the Ford Edge’s available 39.6 inches of backseat legroom.

The Venza’s available dual moonroofs are a nice touch, but a single-pane panoramic roof (a la Hyundai or Kia) would have been a more progressive inclusion.

I appreciated the available power liftgate that was included on my test car, but it was so slow to operate that it was occasionally frustrating on those rushed and hurried days. My kids also complained about the annoying and embarrassing high-pitched beeping tone when the tailgate was going up or down.

With my husband nearly a full foot taller than me, the power-operated driver’s seat with two memory settings was an absolute necessity. The last thing I want to do after he’s driven is spend time adjusting and readjusting to find that just-right fit for me.

And since it’s often the littlest things that count the most, the lack of sliding sun visors was an unnecessary annoyance. How much can it cost Toyota to make the sun visor pull out and slide along its hinge for additional coverage?

Ergonomics & Electronics
As I mentioned before, I loved the smartphone holder just below the radio area. It had a little spring-loaded clamp of sorts to hold my phone snugly in place. I was able to easily pair my phone to the Bluetooth phone and audio-streaming system. It worked perfectly and had good enough sound quality to take a conference call through the speaker system while waiting in the carpool lane — where I especially appreciated the mute feature.

The Venza’s available navigation system, however, left something to be desired. I tried to quickly enter an address when running late to an appointment for my daughter, and the system was a total pain to use. I reverted to using my phone’s map. This sentiment was also felt by one of our readers, who commented on her own difficulties learning to use the Venza’s navigation system. She felt it was unintuitive and needed a simpler and more effective operating manual.

The Venza’s rear seats split and fold flat easily to make more room for hauling stuff when needed. Levers in the cargo space quickly fold each portion of the rear seat without you having to step in and move around to the side of the car and fold the seats from there, as is the case in many vehicles.

Safety
The Toyota Venza received the Insurance Institute for Highway Safety’s highest rating of good in the moderate overlap frontal crash test, as well as in side, roof-strength and head-restraints-and-seats tests. The National Highway Traffic Safety Administration also performed crash tests on the Venza, giving it an overall score of five out of five stars.

The Latch system’s lower anchors are buried deeply in the seat bight and are hard to access when installing child-safety seats. However, the backseat’s seat belt buckles are on stable stalks, making them easy for little ones in booster seats to use independently. You can check out the full results of our Car Seat Check on the 2013 Venza here.

Value in Its Class
With very few cars fitting into our newly formed “fat-wagon” body-type category, the Toyota Venza has a unique opportunity to spearhead a movement for those wanting something just a little different. With some modernization to the interior fit and finish, and upgrades to the highway driving experience, the Venza would be well-positioned to earn a Most Improved Player trophy in coming years.

Here’s to holding out hope!

Excellent car inside and out!

The size of the Venza and design are a perfect mix of car and suv. Needed extra cargo room and this vehicle has it. Plenty of seating space too! Love the bright interior color! Light grey and the double sunlights. Everything about this is perfect!!!!

September 24, 2019
By Thomas from Azle texas
Test drove this car

My favorite car ever!

I had a 2009 Venza & loved it. Traded it for a 2015 CRV because gas mileage was so much better and apple play availability. Each time I saw a Venza I’d say Ohhh I miss my Venza, it was my favorite car. I finally got me another one last month! I have a 2014 Limited and it’s absolutely gorgeous. Gas mileage still isn’t great but it’s stull my favorite car ever!

Rating breakdown (out of 5):
1 person out of 1 found this review helpful. Did you?
Show full review
See all 52 consumer reviews

All model years for the Toyota Venza 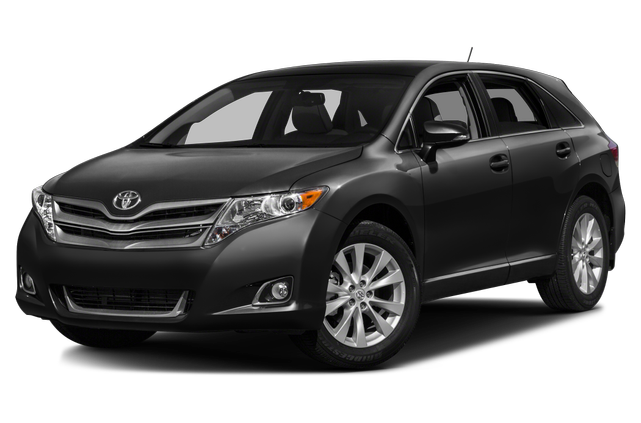 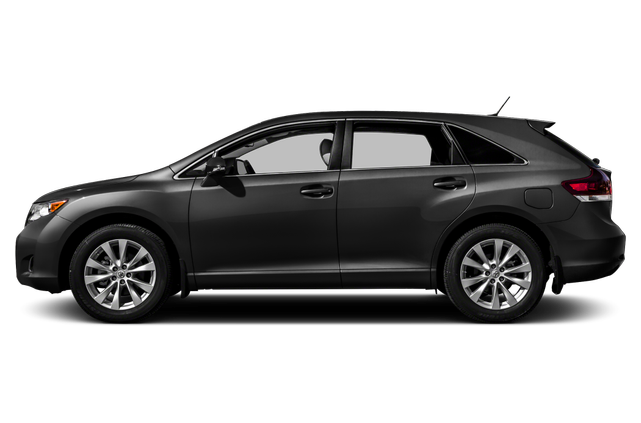 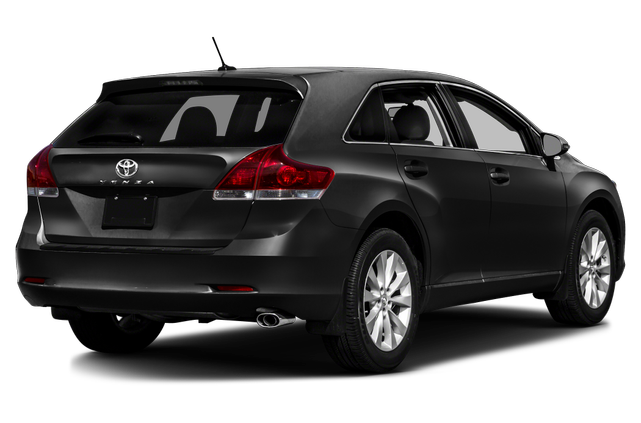 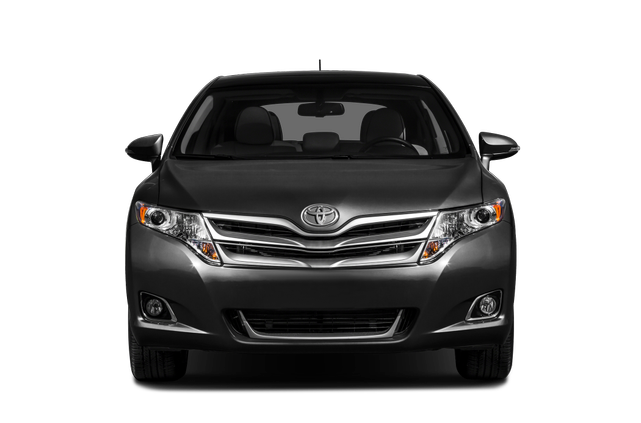 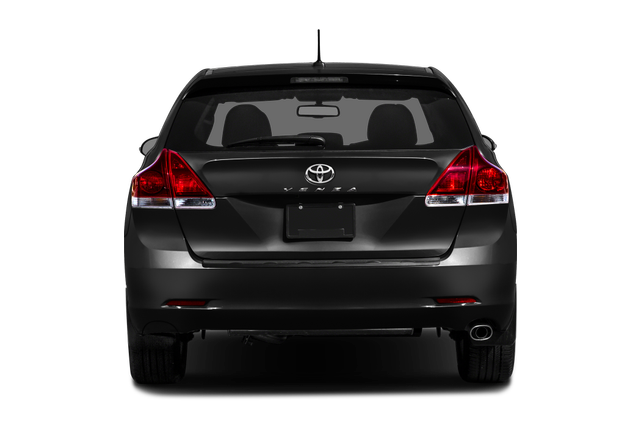 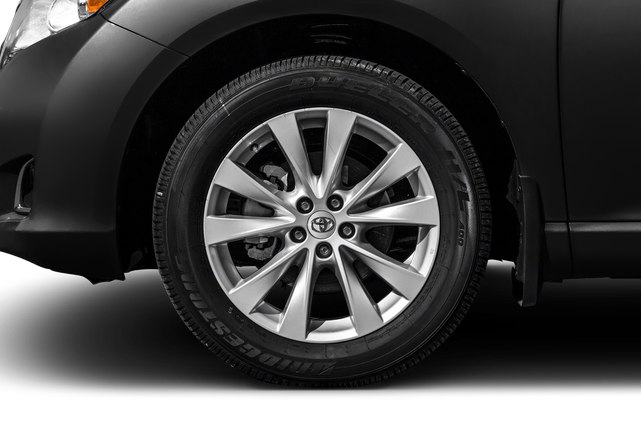 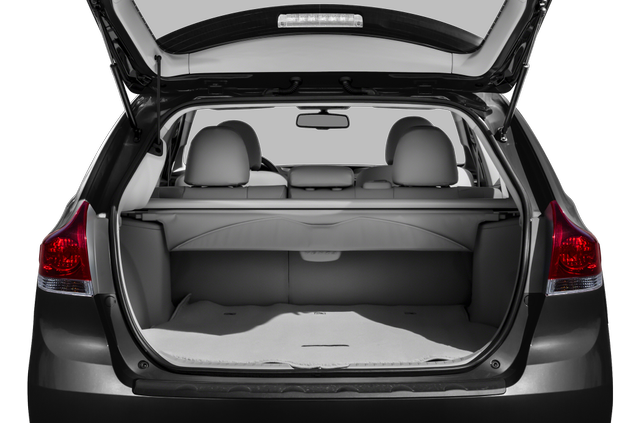 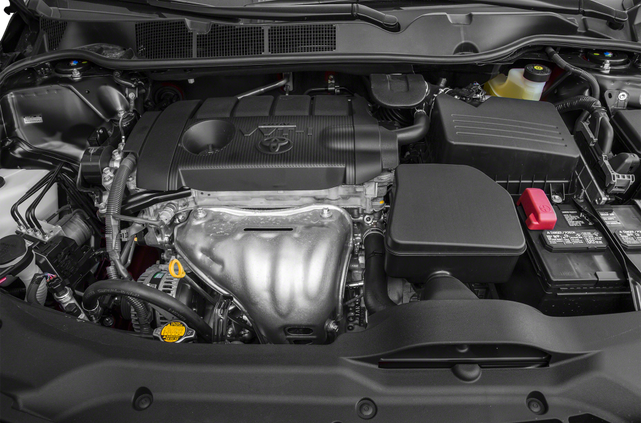 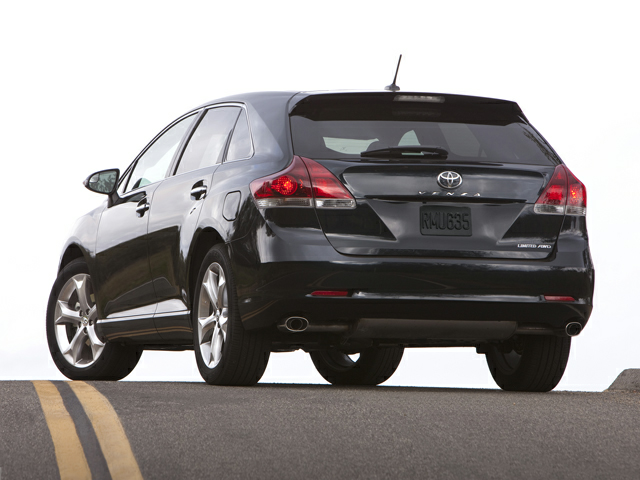 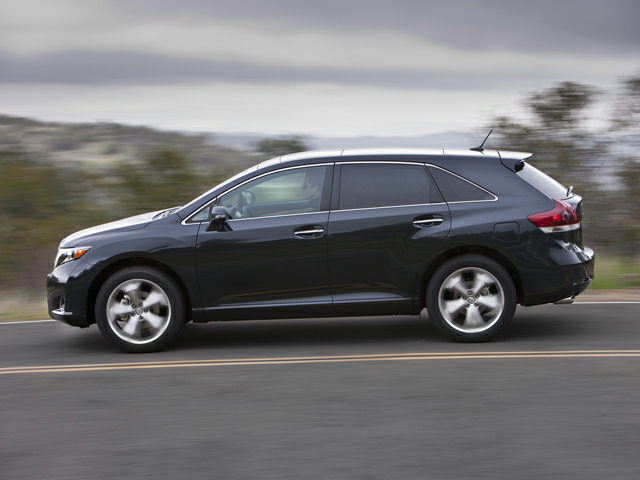 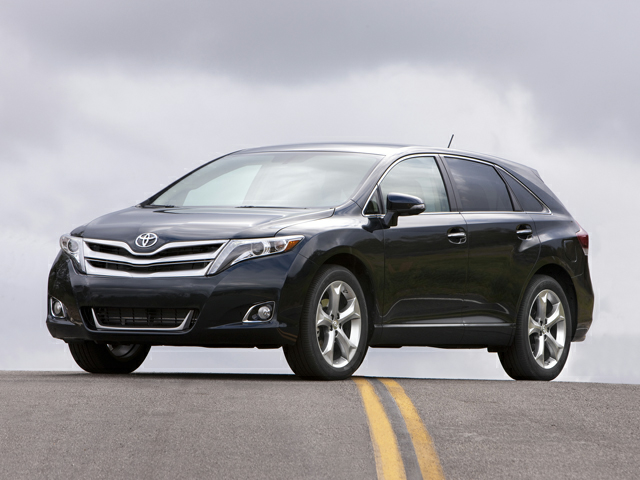 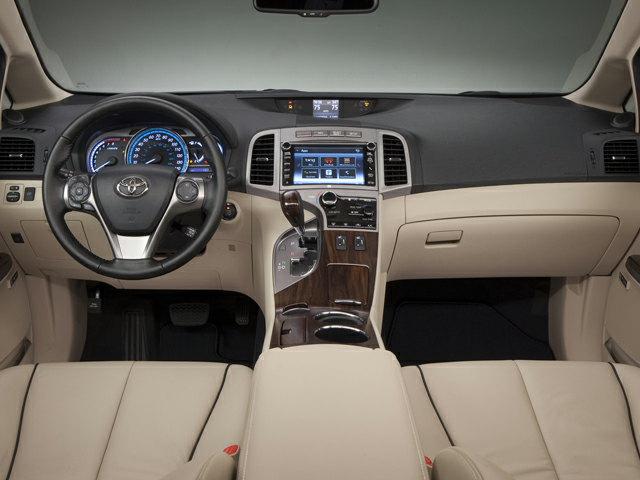 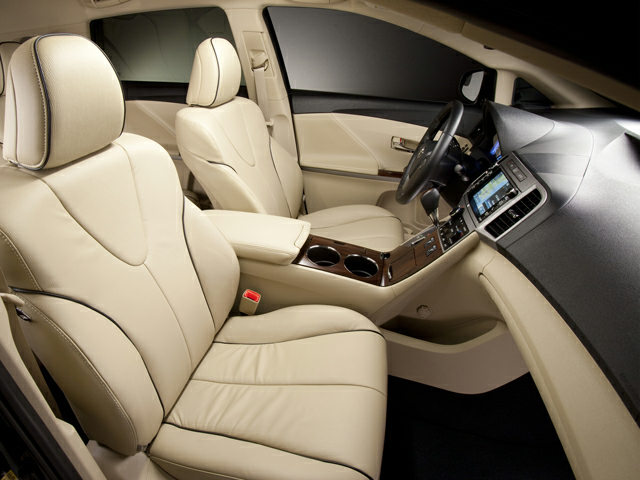 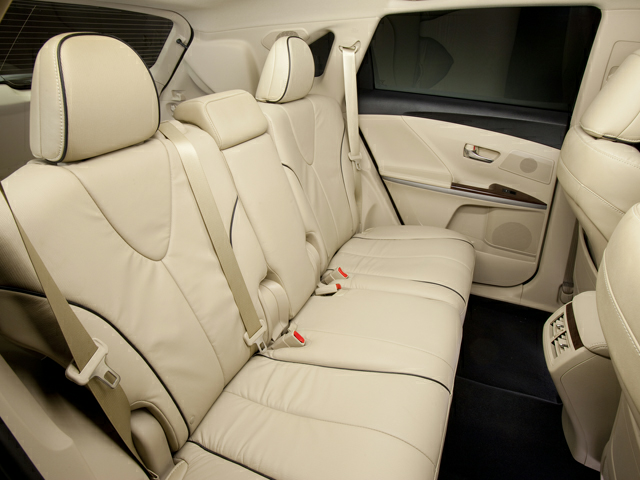 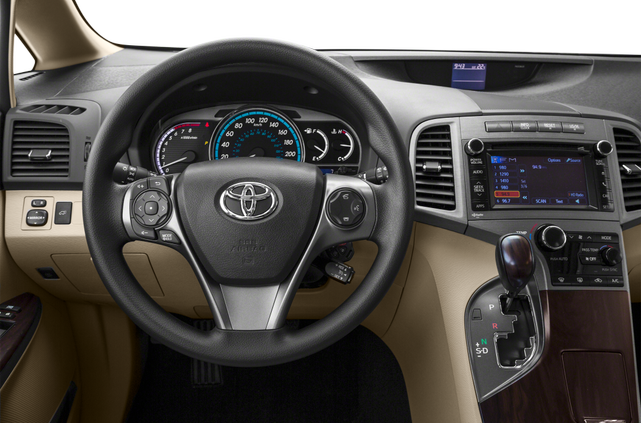 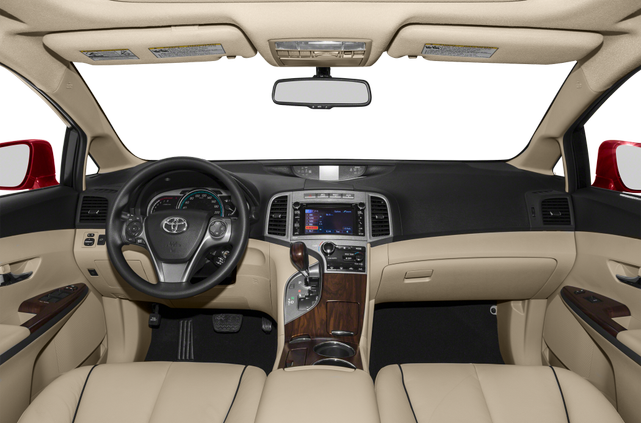 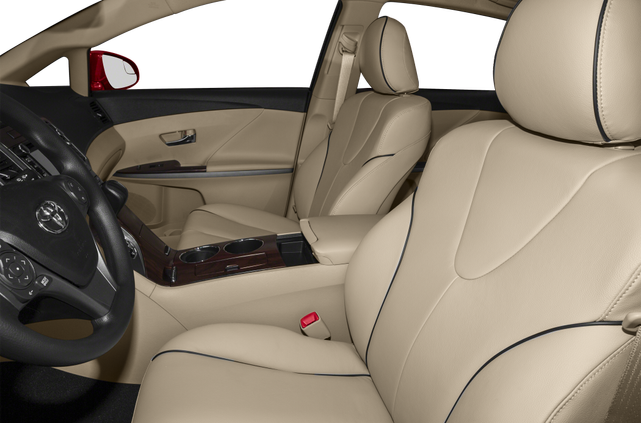 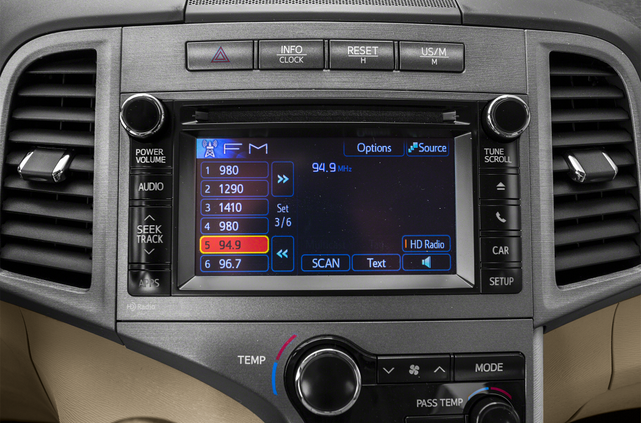 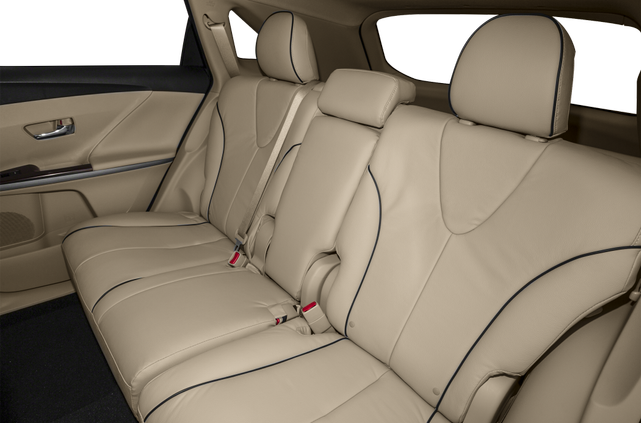 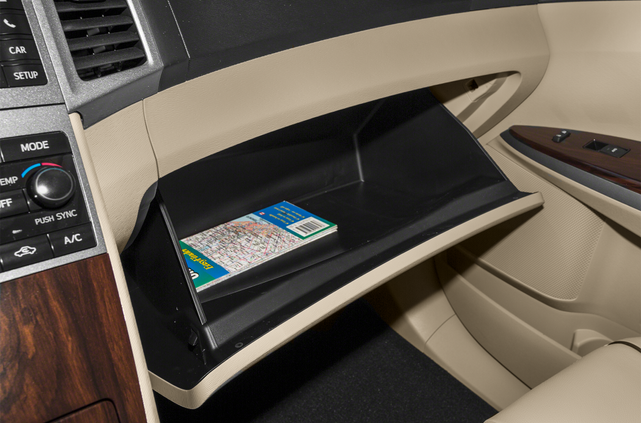 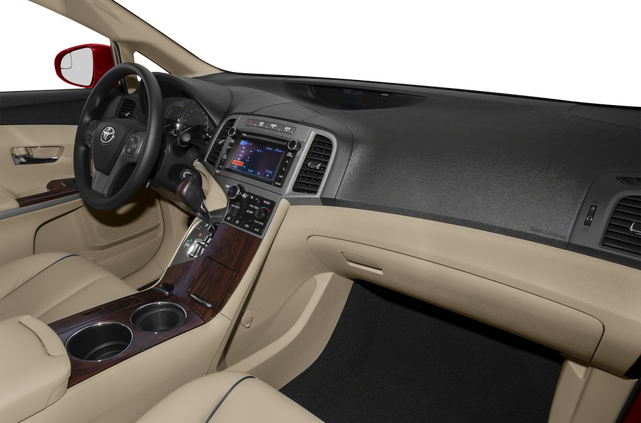 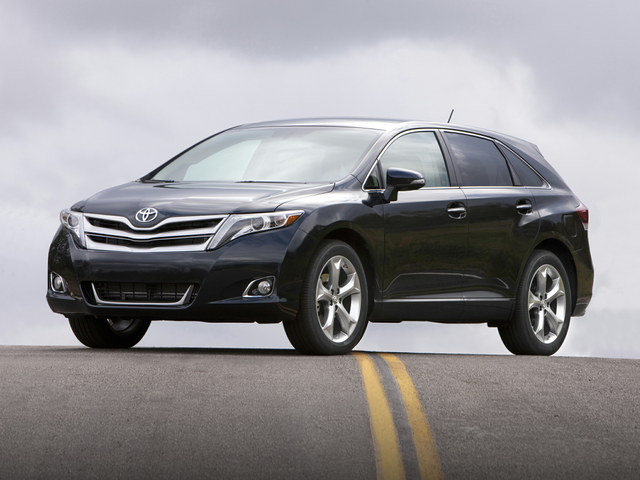 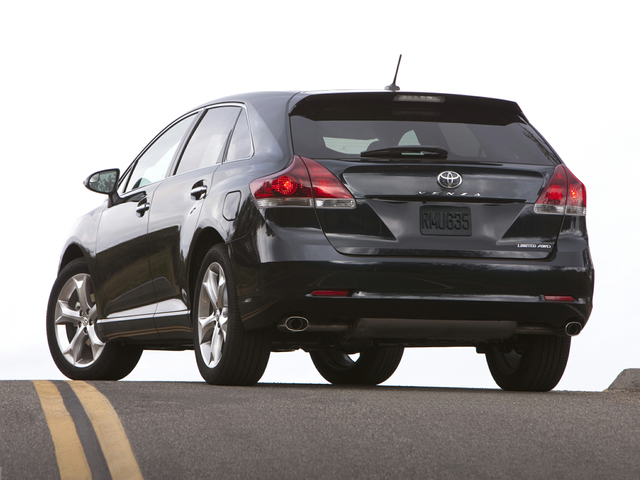 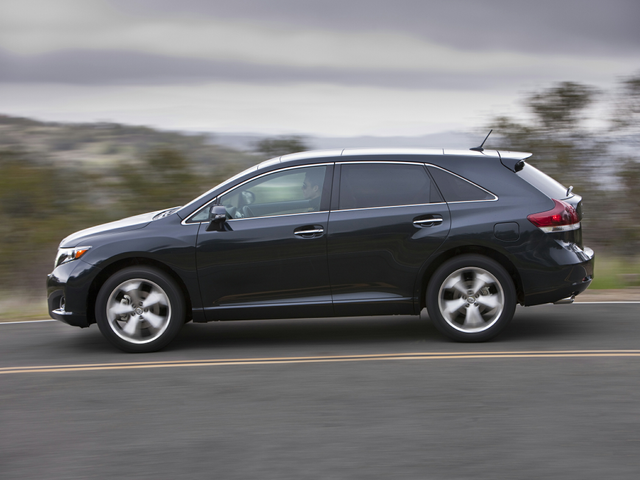 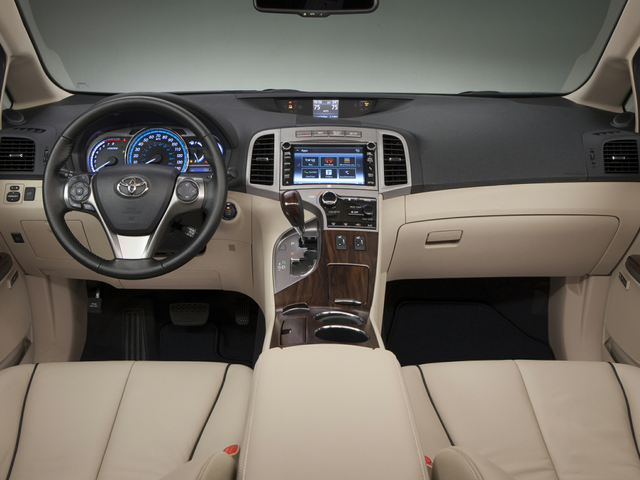 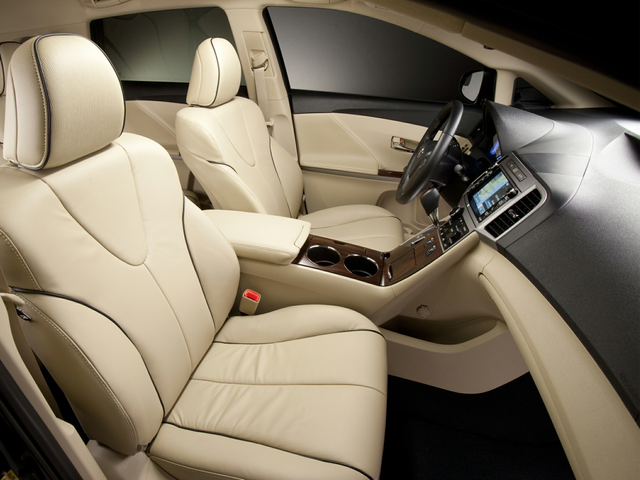 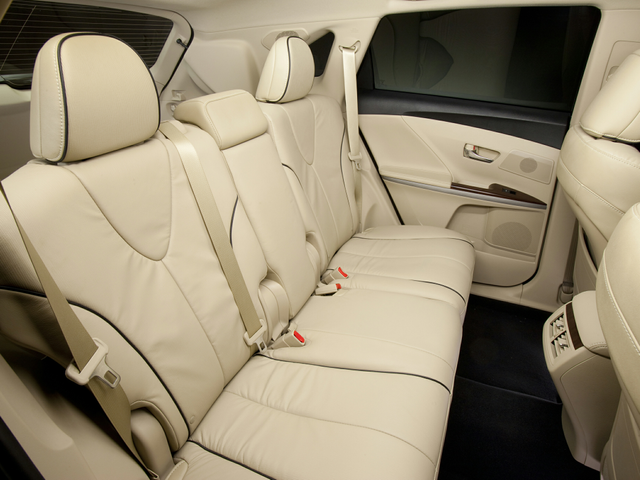