The 2014 Lexus LX 570 is a large SUV that could easily be called a land yacht. With seating for eight, the LX 570’s largess comes in handy when it comes to child-safety seats; we were able to fit three car seats across its second row. However, it fell short in the third row because it doesn’t have any Latch or tether anchors, so we couldn’t install a forward-facing convertible there. 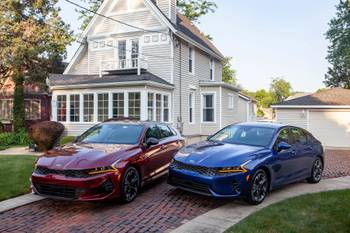 How Many Miles of EV Range Can We Get in the 2021 Toyota RAV4 Prime?