CARS.COM — For the Ford Explorer, model-year 2016 brings a face-lift and a new top-line Platinum trim. This three-row SUV can seat six or seven passengers. For our Car Seat Check, we tested the Explorer in Platinum trim with six seats and a leather interior. The second-row captain’s chairs slide forward and back, and the seatbacks recline. 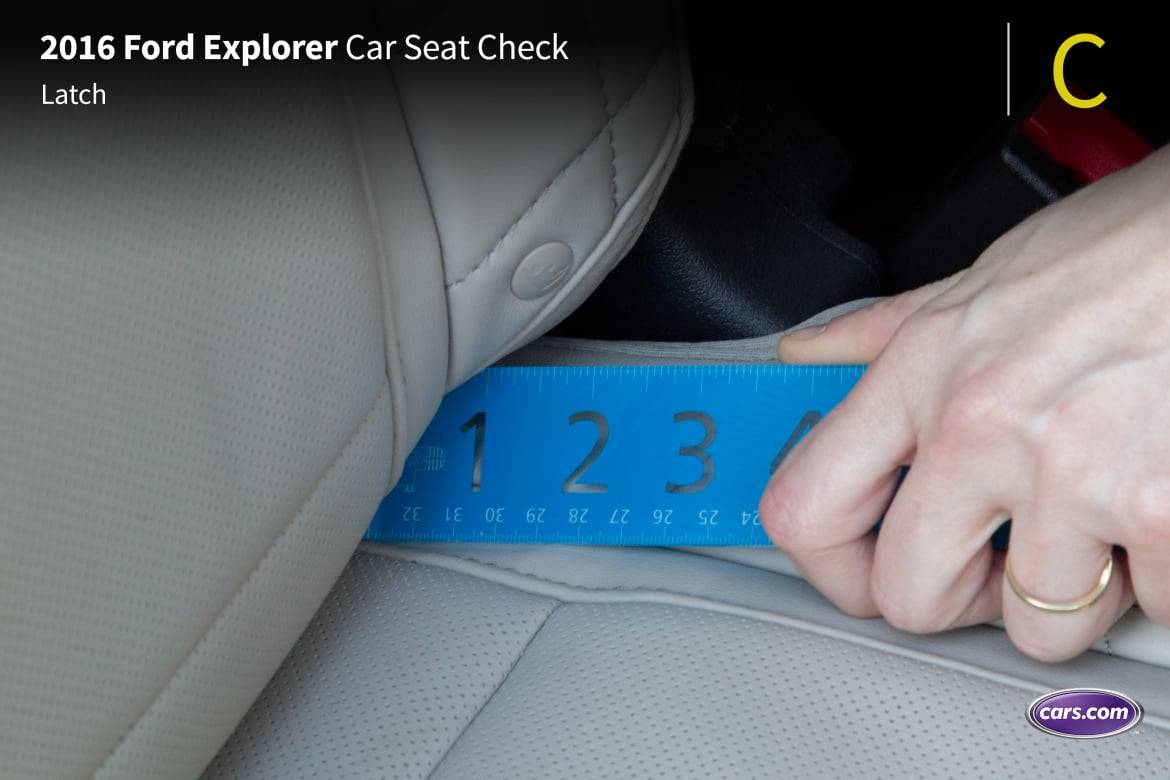 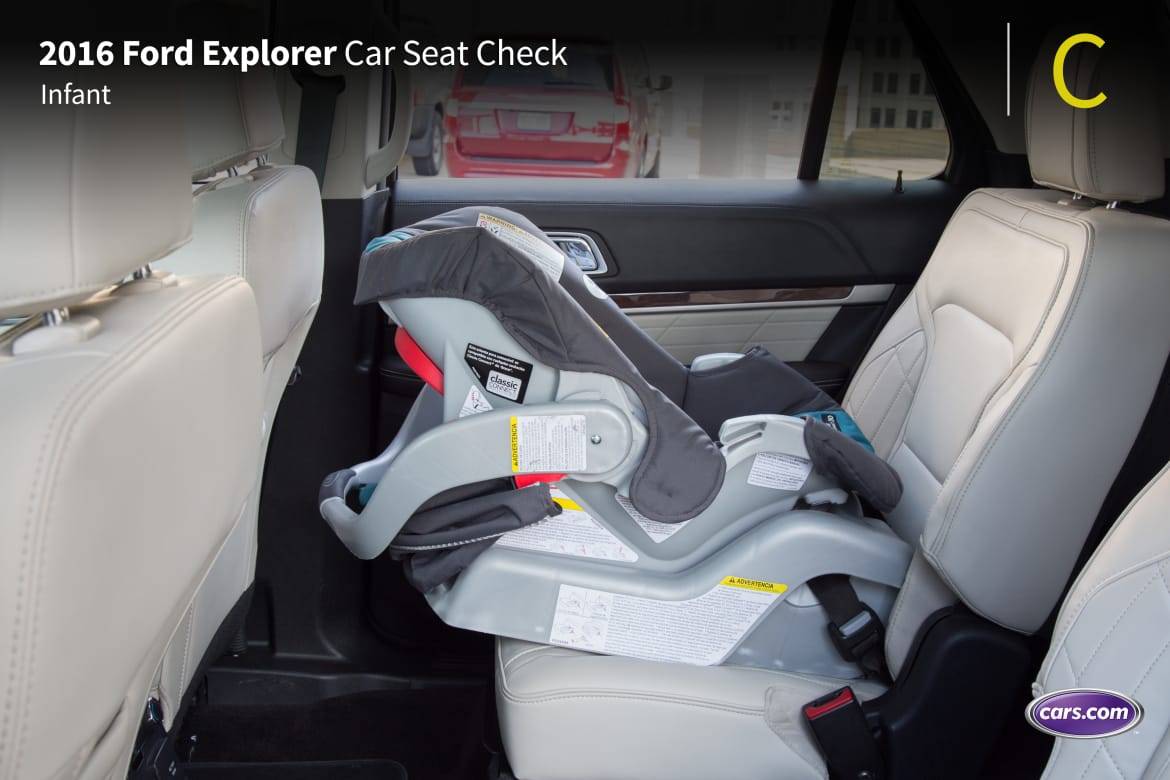 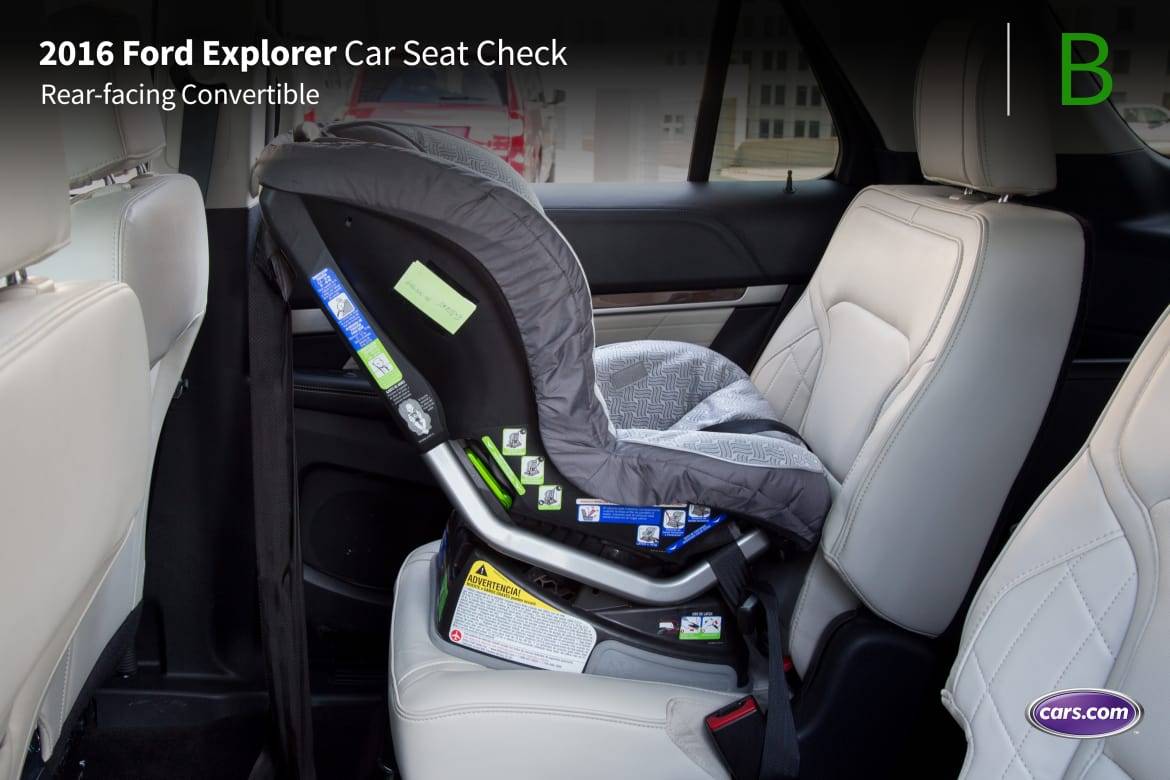 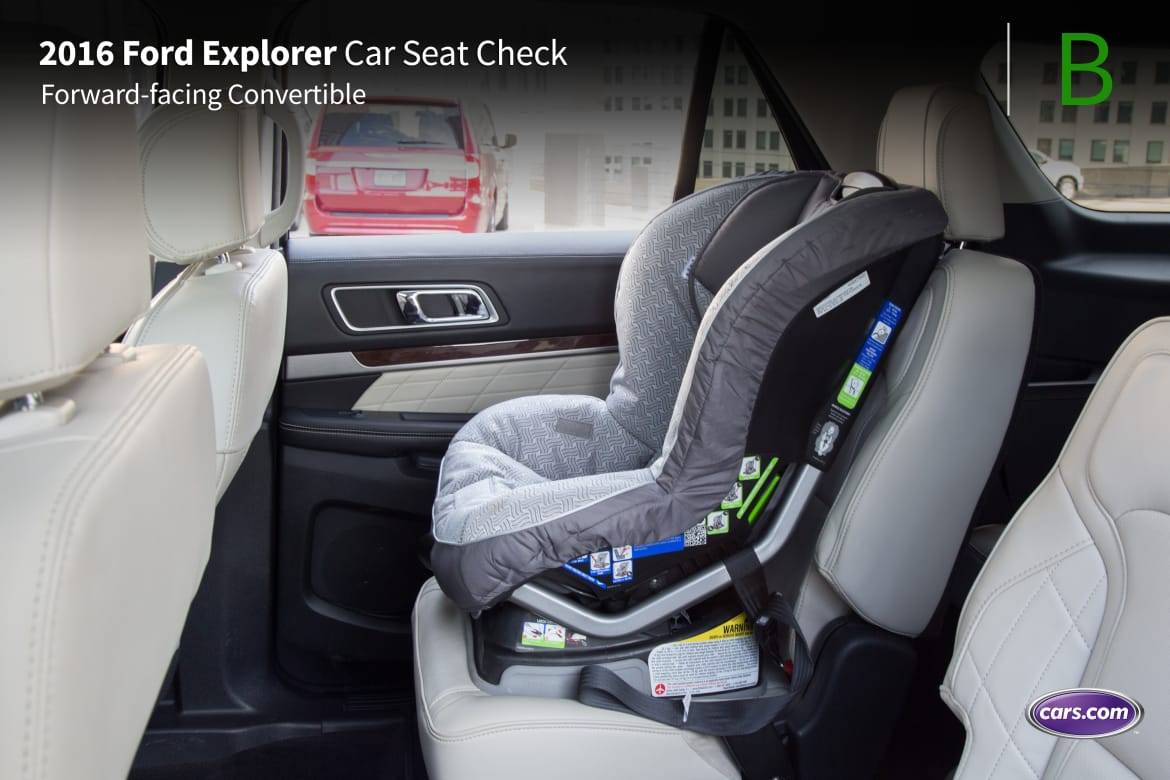 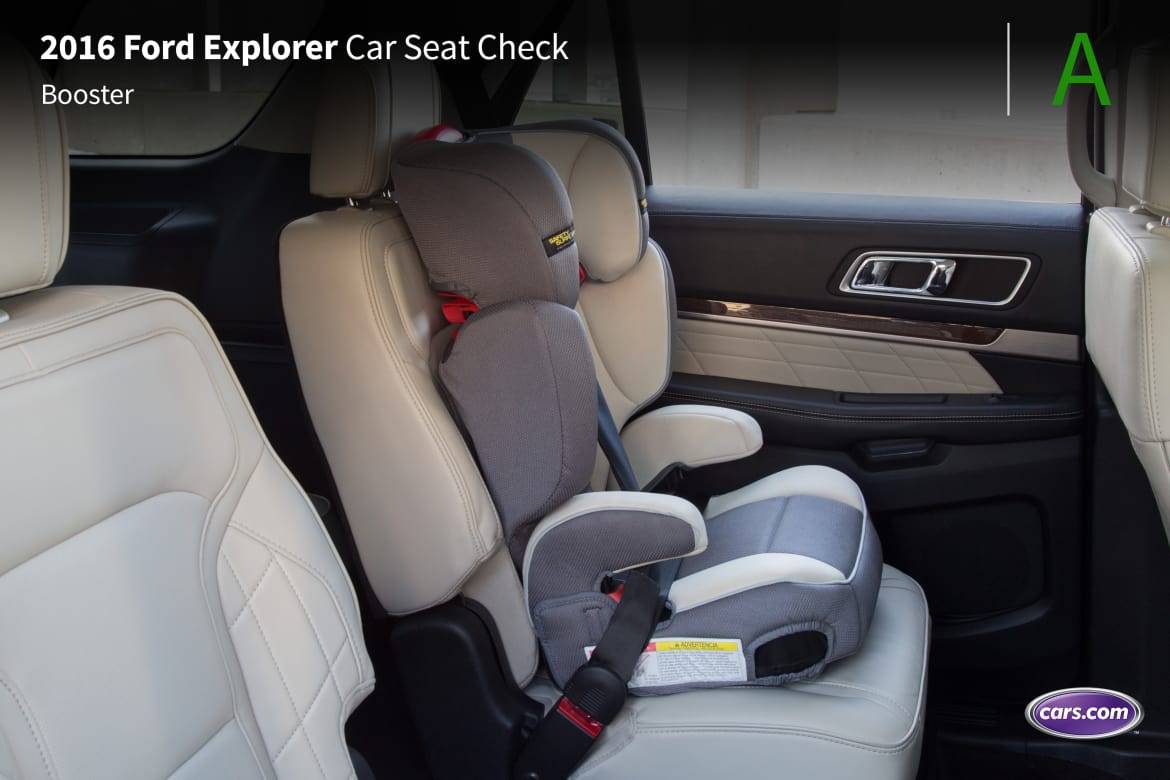 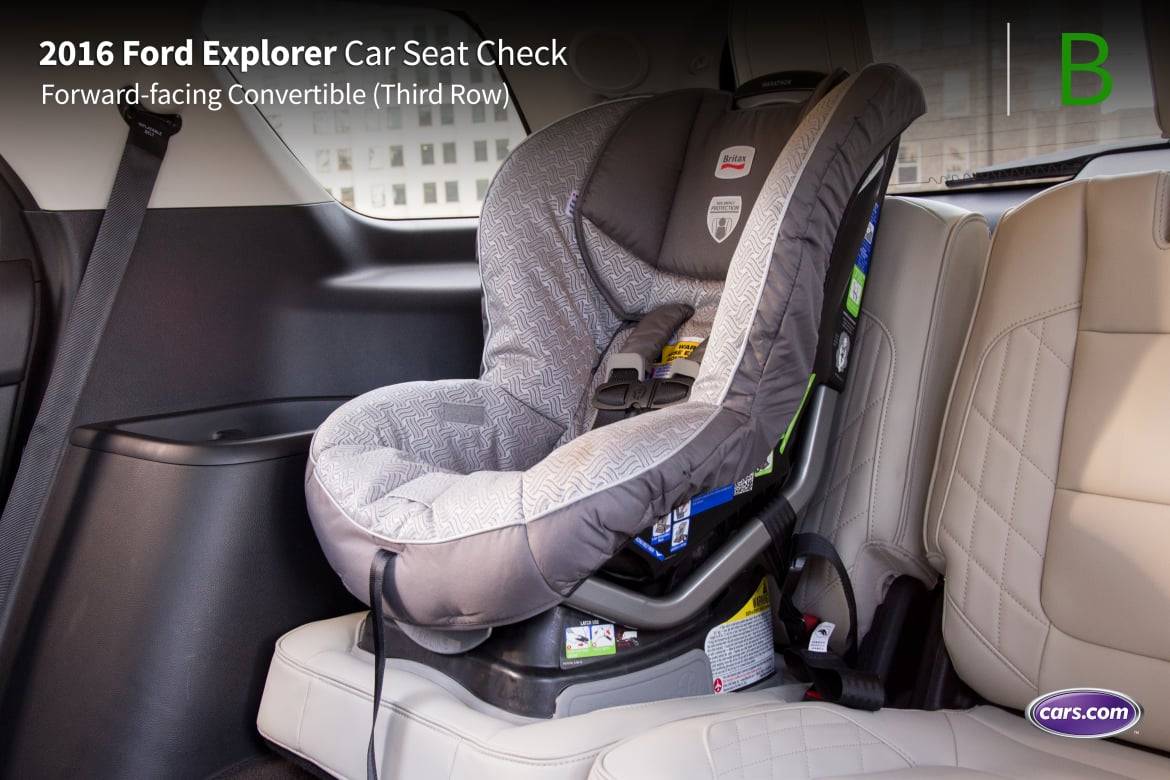 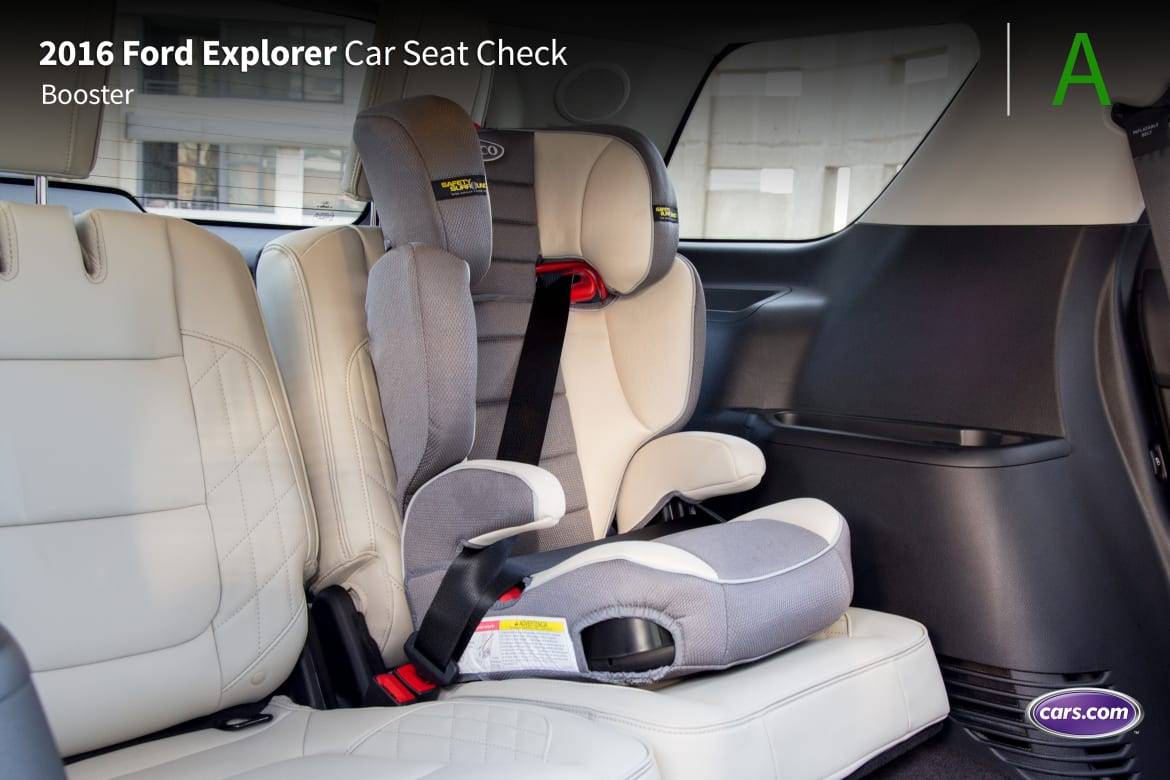 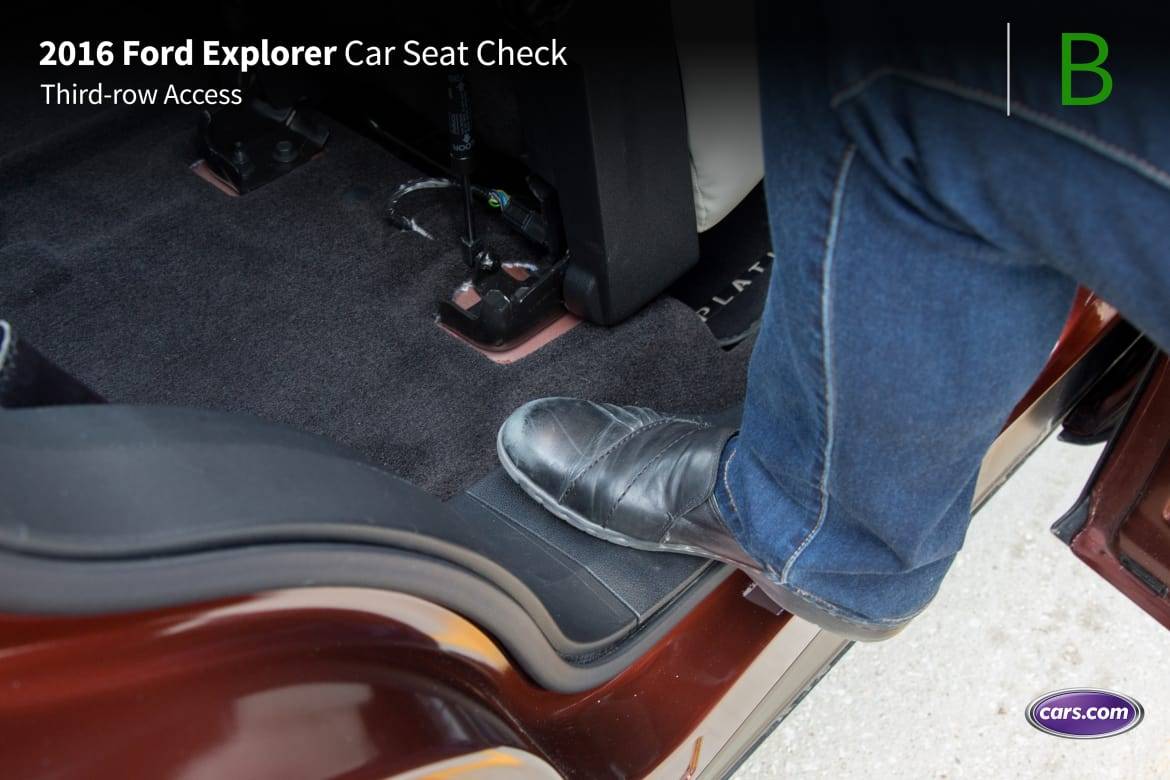