Hot or not isn’t a question. Rather, the redesigned 2019 BMW X4 has two distinct flavors: hot … and not. BMW’s even-numbered SUVs are an interesting collection of stylized derivatives of their practical odd-numbered SUVs (X1, X3, X5) with more emphasis on aesthetics than utility. It starts with the BMW X2, which gets more of the hatchback treatment, followed by two coupelike derivatives: the next-size-up X4 and, finally, BMW’s longest-tenured coupelike SUV, the X6.

I reviewed the previous-generation X4 and concluded that you should at least get an engaging driving experience with the decreased utility versus the X3, and the M Performance-tuned X4 M40i delivered. For 2019, however, the X4 has a little more legroom and cargo room. Perhaps it’s a better balance of style and utility?

I drove two variants of the X4, the M40i and xDrive30i, at the Midwest Automotive Media Association’s Fall Rally on Autobahn Country Club‘s racetrack near Chicago. Like the old X4, the juiced-up, six-cylinder X4 M40i is the more dynamic of the two. It gets a slathering of personality, with a throaty exhaust and on-track driving experience that didn’t leave me yearning for a proper M version even though one is on the way. 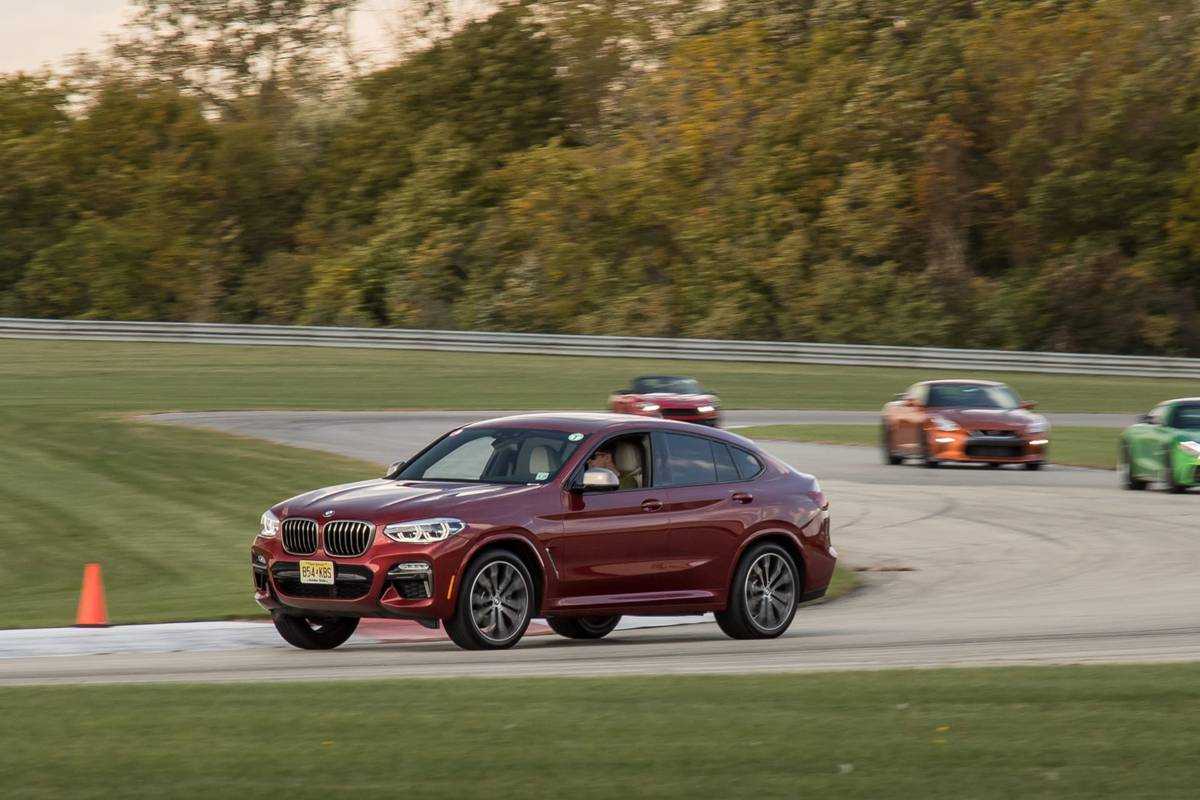 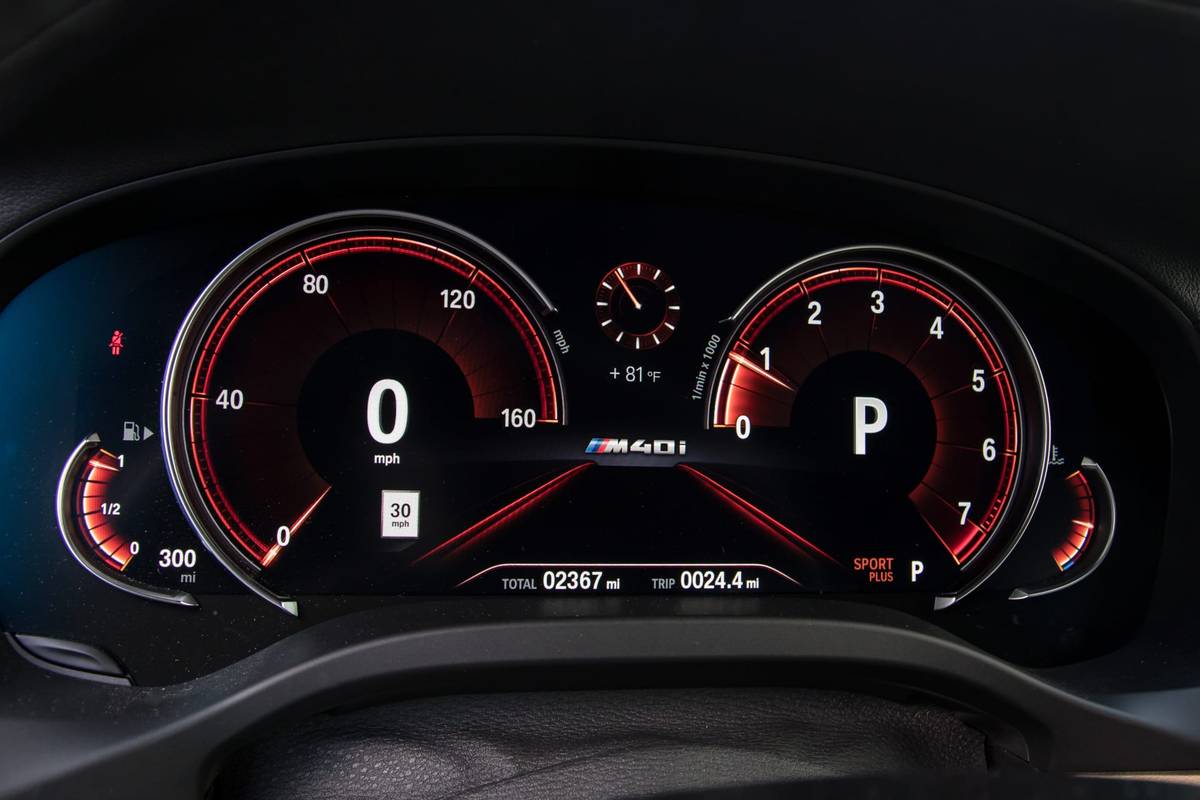 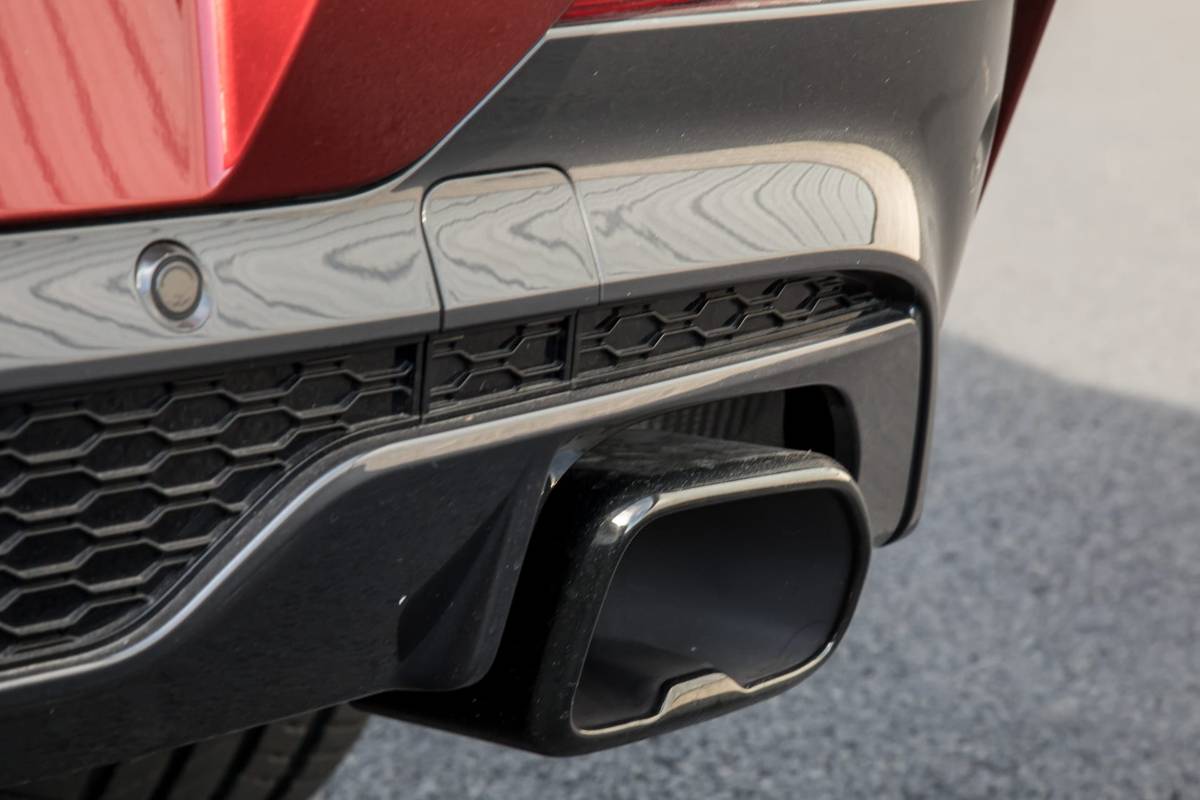 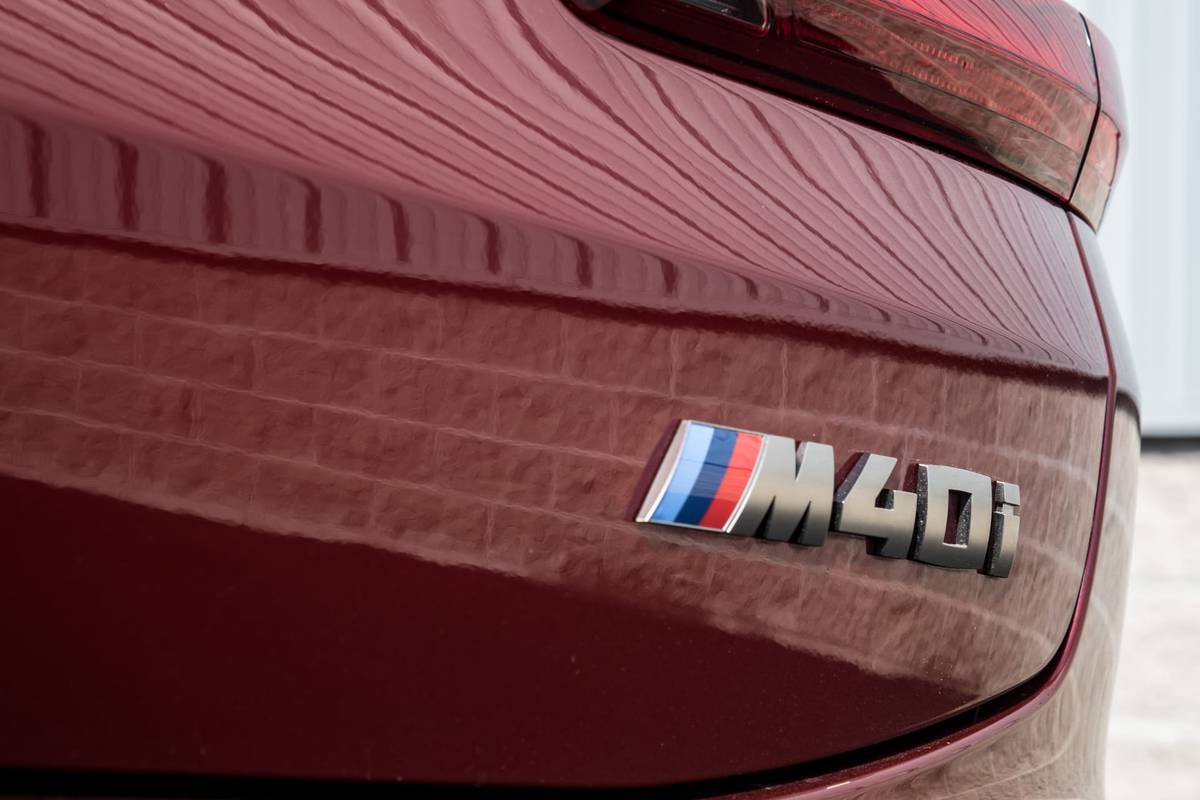 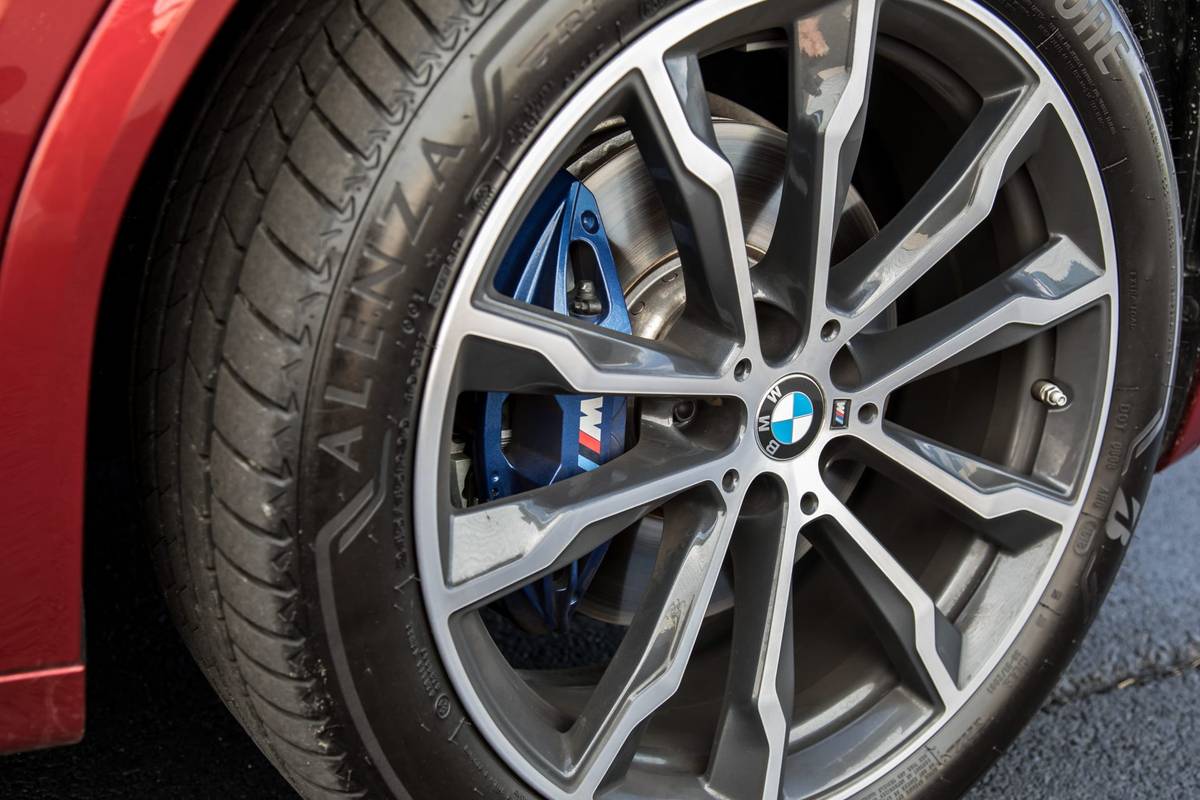 A turbocharged 3.0-liter six-cylinder ups output to 355 horsepower in the M40i. That’s 107 hp more than the turbo 2.0-liter four-cylinder in the xDrive30i, and it’s power you can feel. BMW says zero-to-60 mph happens in 4.6 seconds versus 6 seconds flat for the xDrive30i. The X4 M40i I drove didn’t need red paint to be red-hot. Its agility on Autobahn’s short, 1.5-mile north circuit surprised me — the SUV can point its nose around the corner without drama, downshift, transfer weight and rotate toward the apex. And the grunt that came from stabbing the accelerator was unlike most SUVs, with a throaty burble and clean, powerful sound from the twin tailpipes that would make any BMW M3 or M4 owner jealous; the exhaust from those M cars sounds notoriously tinny and puny given their immense performance.

The more-pedestrian version of the X4, now called the xDrive30i, is rather boring in comparison with its modestly powered 248-hp four-cylinder. Despite my X4’s M Sport suspension, the chassis feels soft and the test car lacked the SUV’s optional adaptive shock absorbers that change ride firmness as in the M40i, so you get what you get: a plush, cushy ride with noticeable body movement during cornering, accelerating or braking. The engine and eight-speed automatic transmission are a refined duo that seal the deal on the X4 being supremely comfortable — anyone who thinks of buying a small Lexus for comfort should check out the non-M Performance X4. 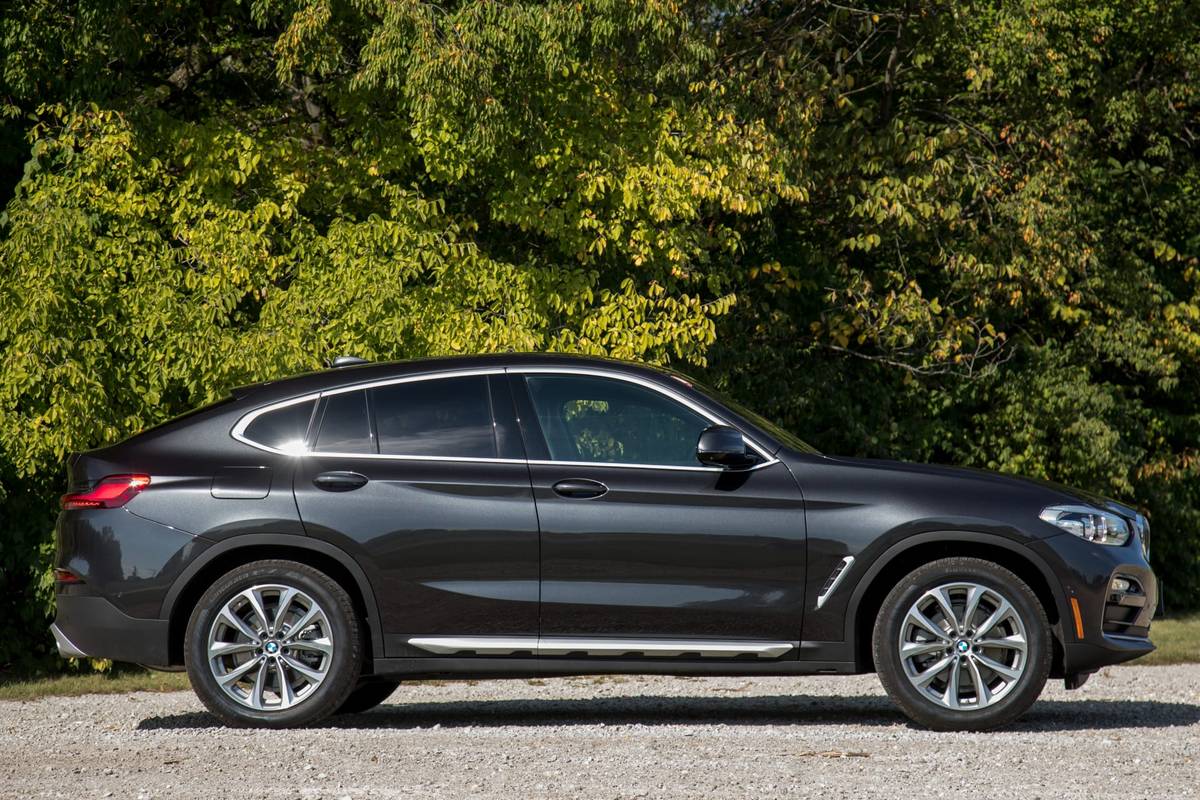 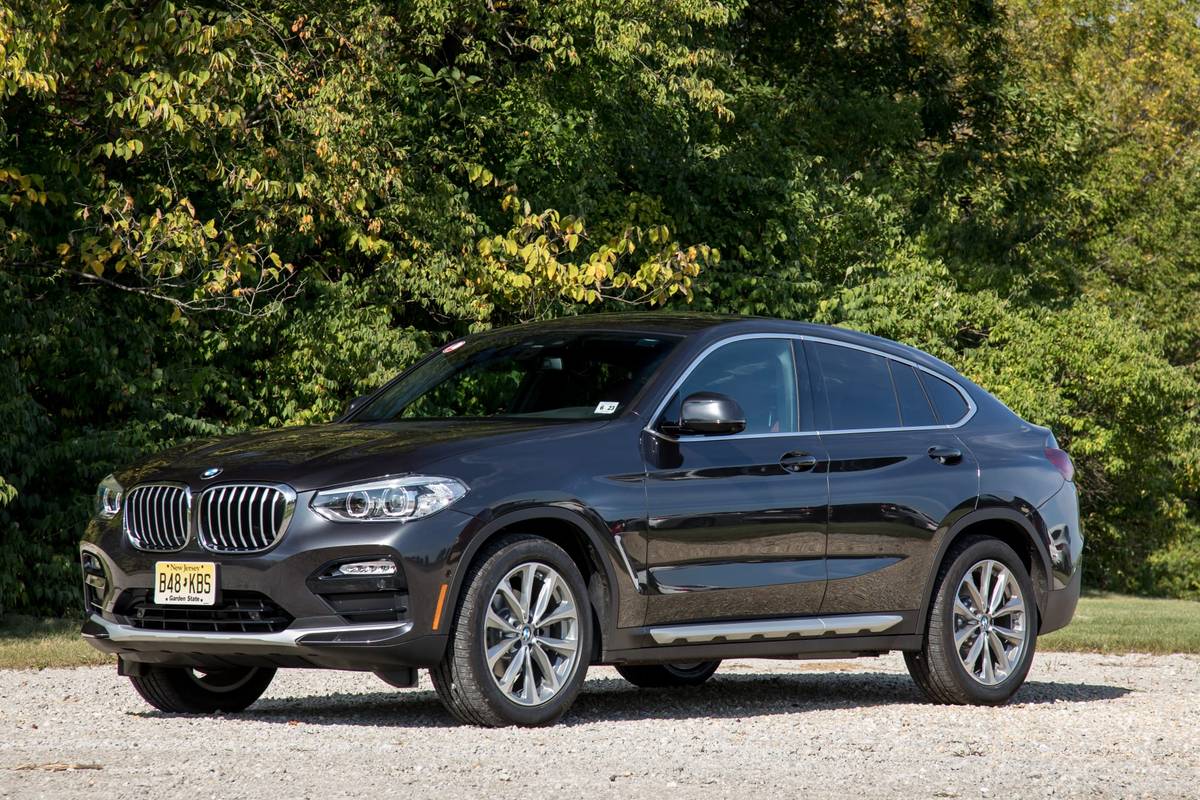 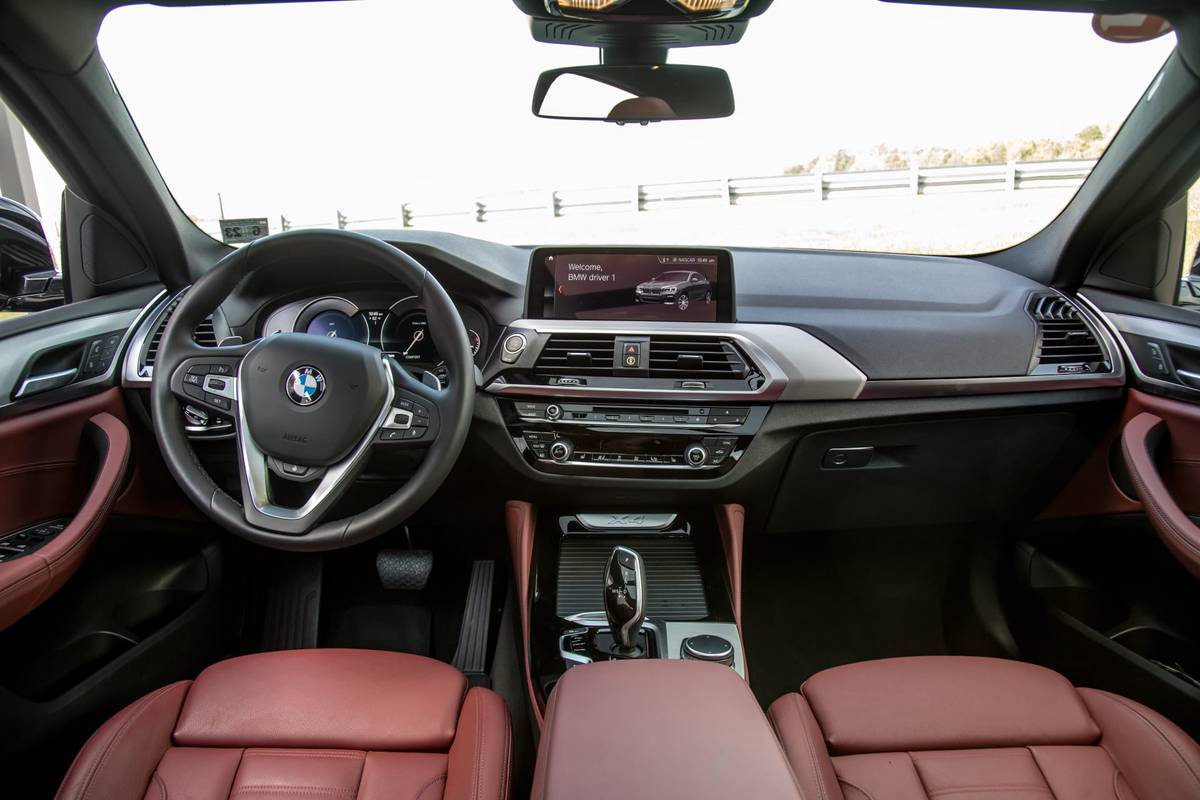 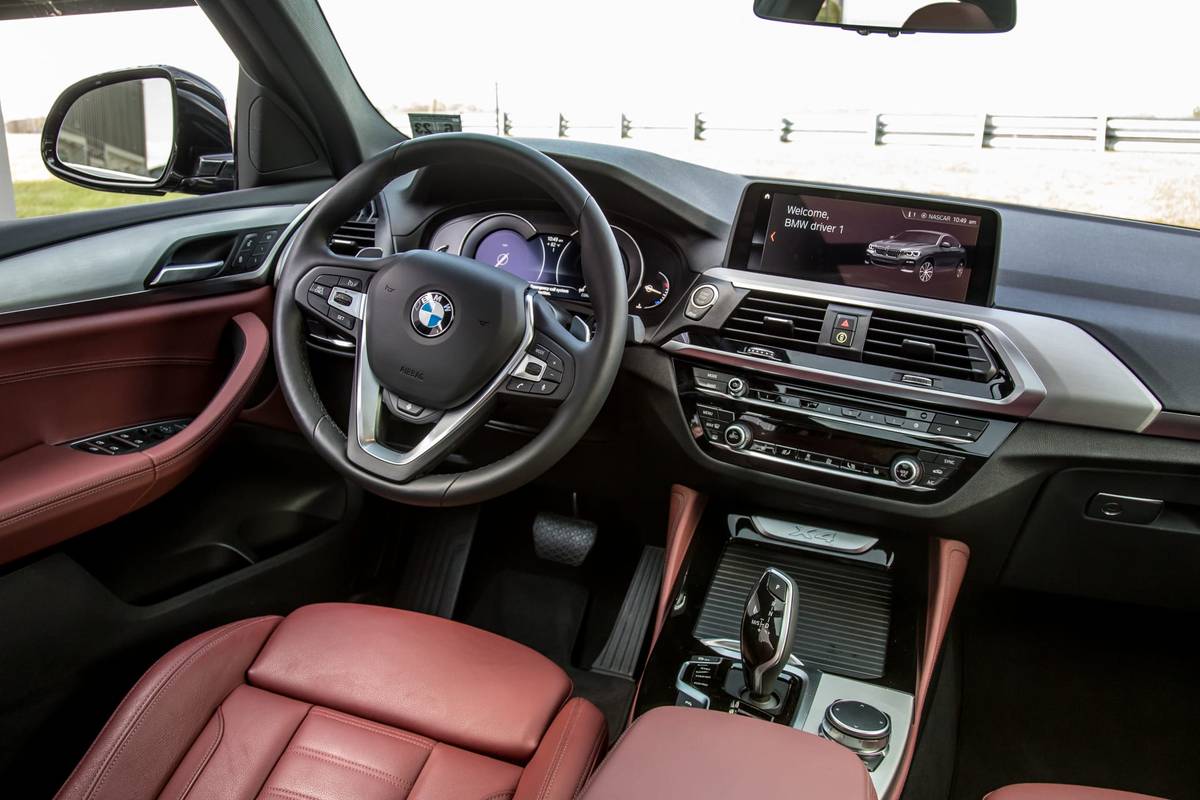 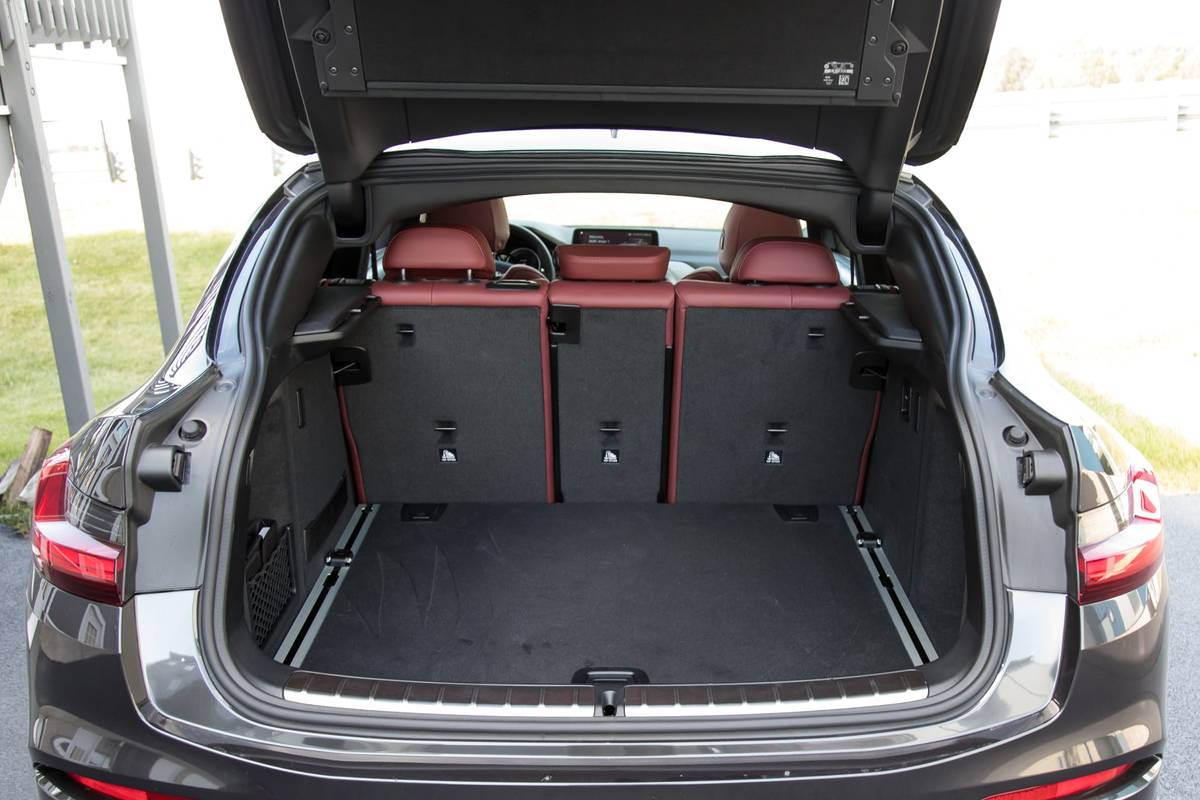 The xDrive30i is not an engaging car to drive, however. It has less cargo room than the X3 because of its aggressively sloped rear roofline. It also has less backseat legroom, though it’s more than the previous X4 (35.5 inches versus 34.8 inches). It does feel slightly larger sitting in back, thanks to a wheelbase that’s a significant 2-plus inches longer. Cargo room is up slightly, too, from 49.4 cubic feet in the prior X4 to 50.5 cubic feet now.

The xDrive30i is a perfectly pleasant driving experience, but if you’re OK with no frills, why not just opt for the X3 with significantly more cargo space and backseat comfort, not to mention a much lower starting price? The X4 with standard all-wheel drive starts at $51,445 with destination, while an AWD X3 is $43,995. I say don’t bother with the xDrive30i and go for broke on the exciting M40i. And I’m not kidding when I say broke: The M40i I tested was $69,170 with options and destination.