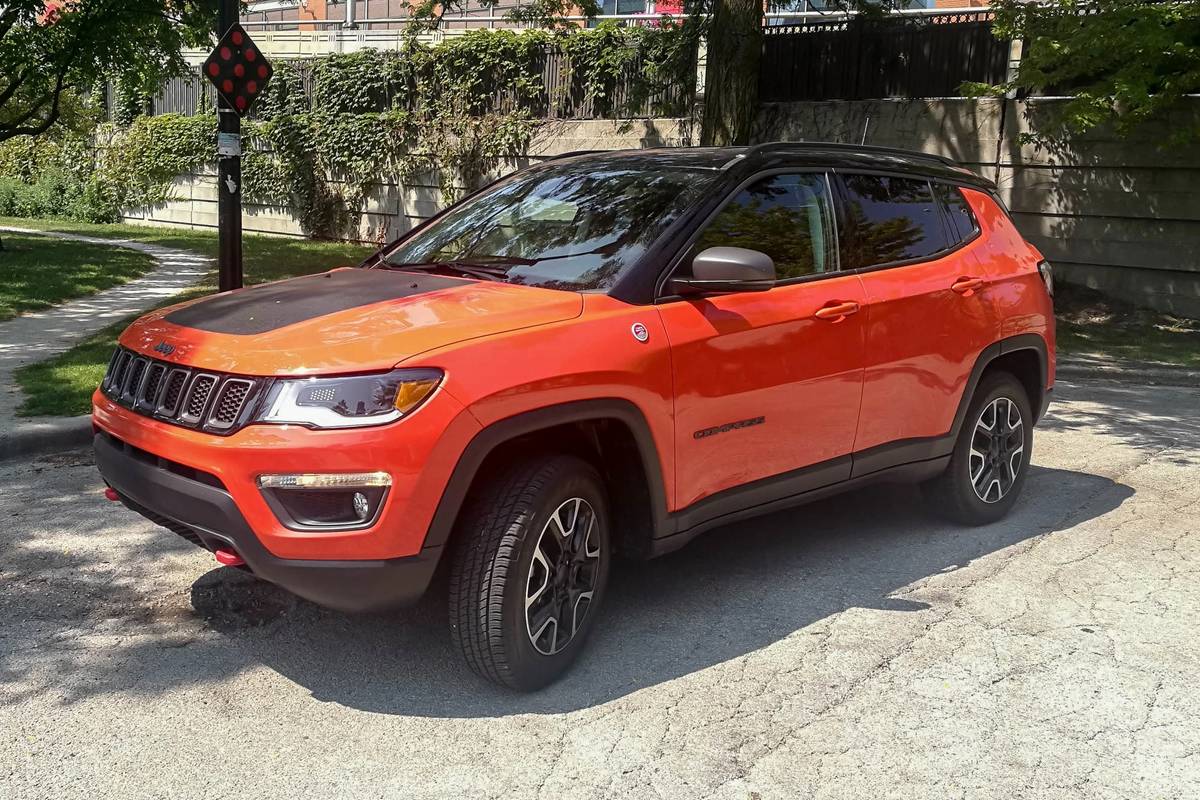 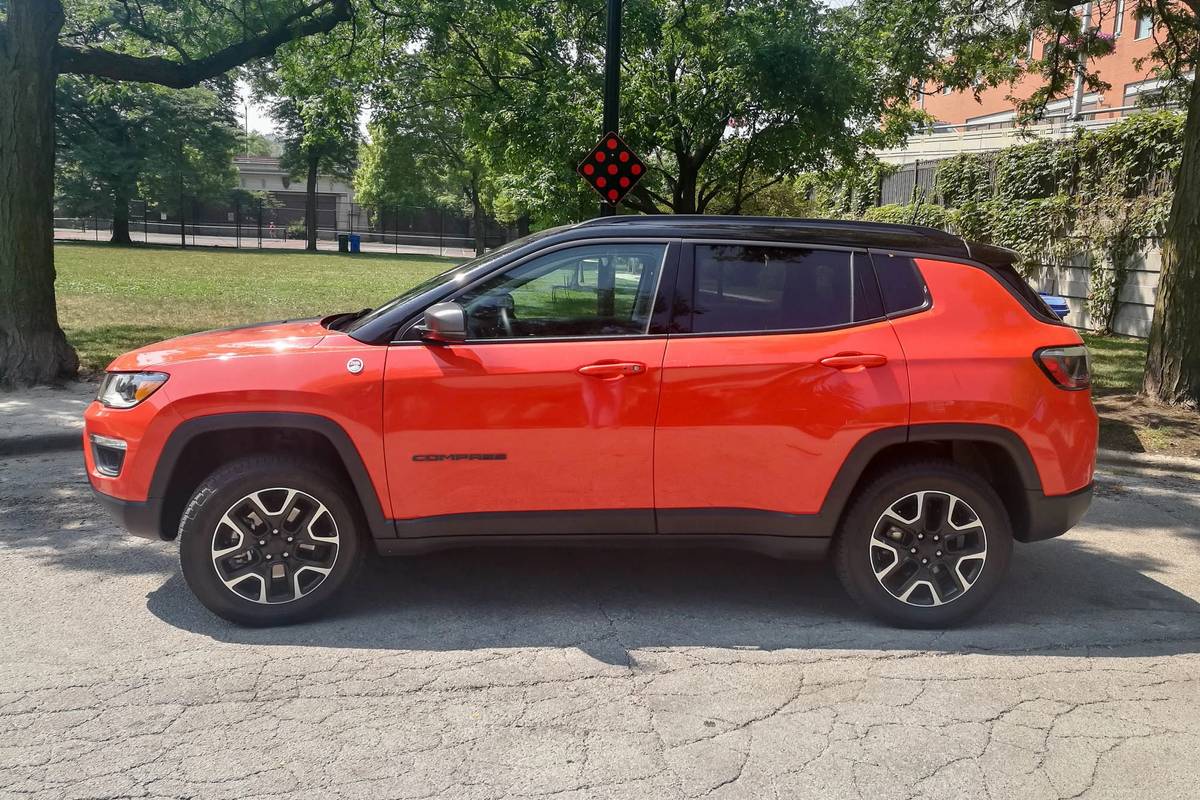 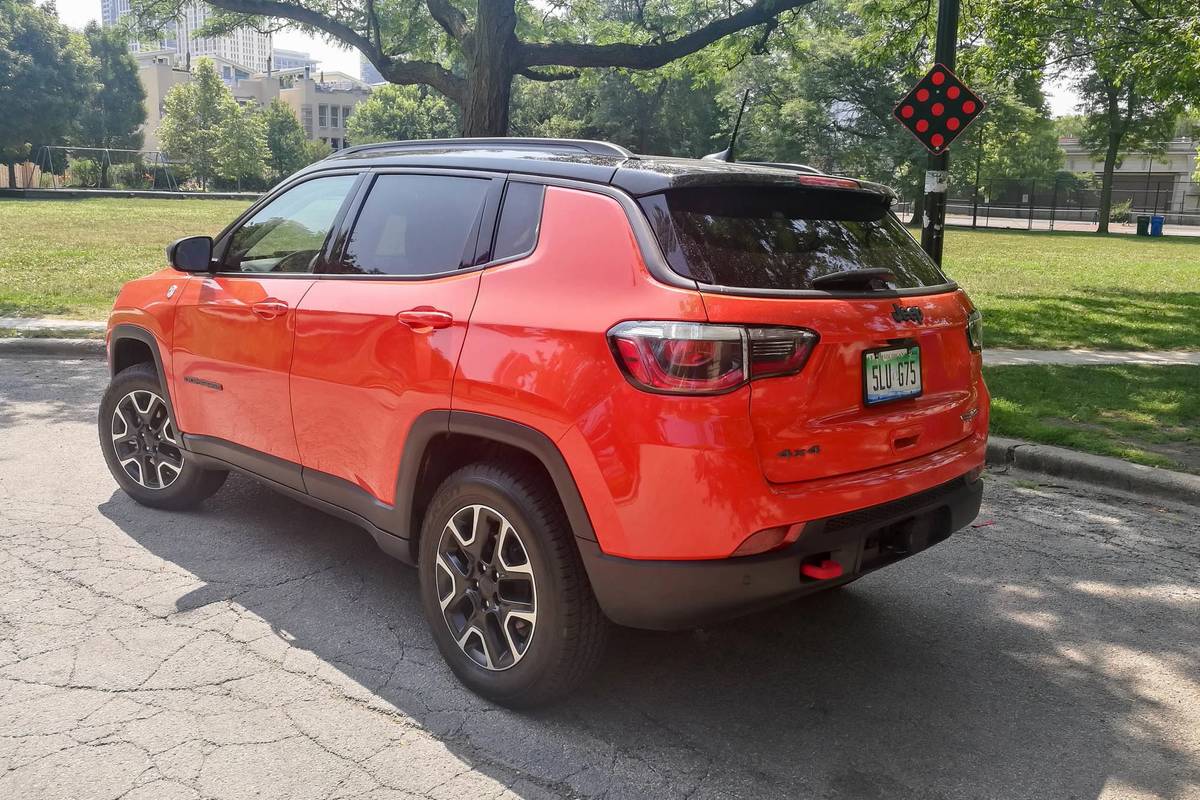 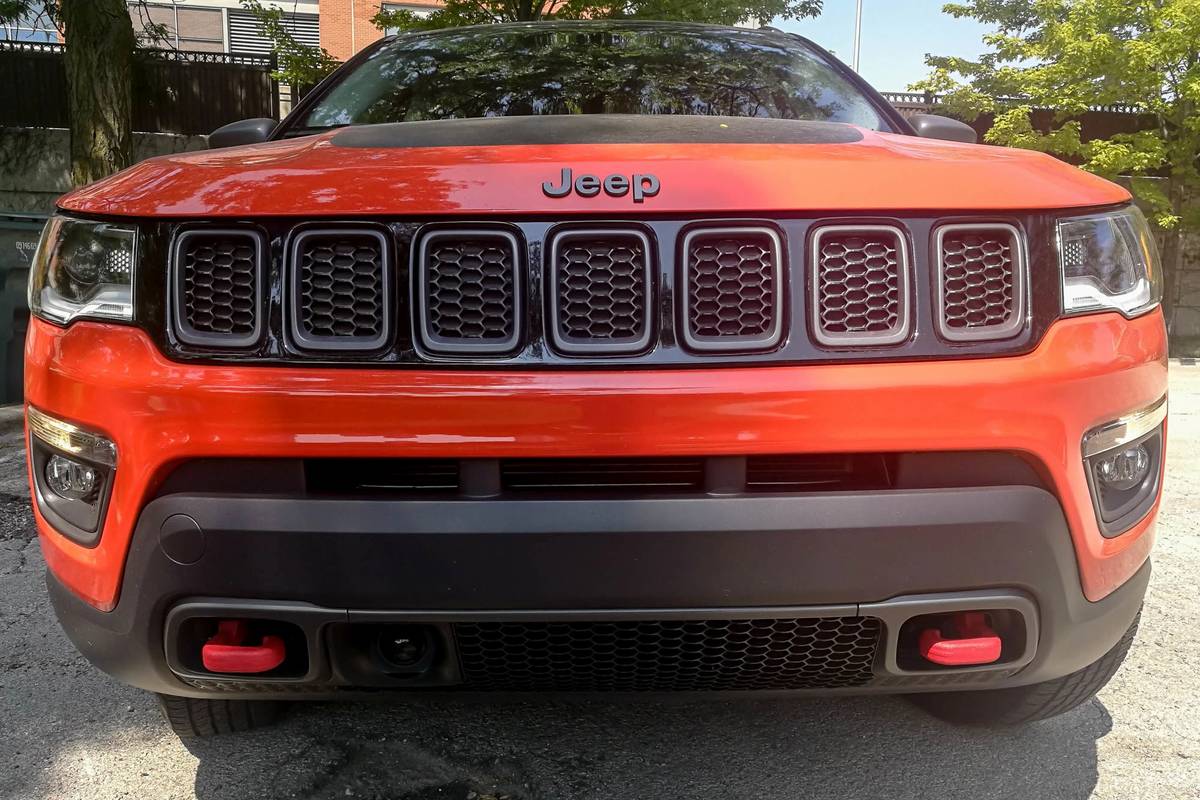 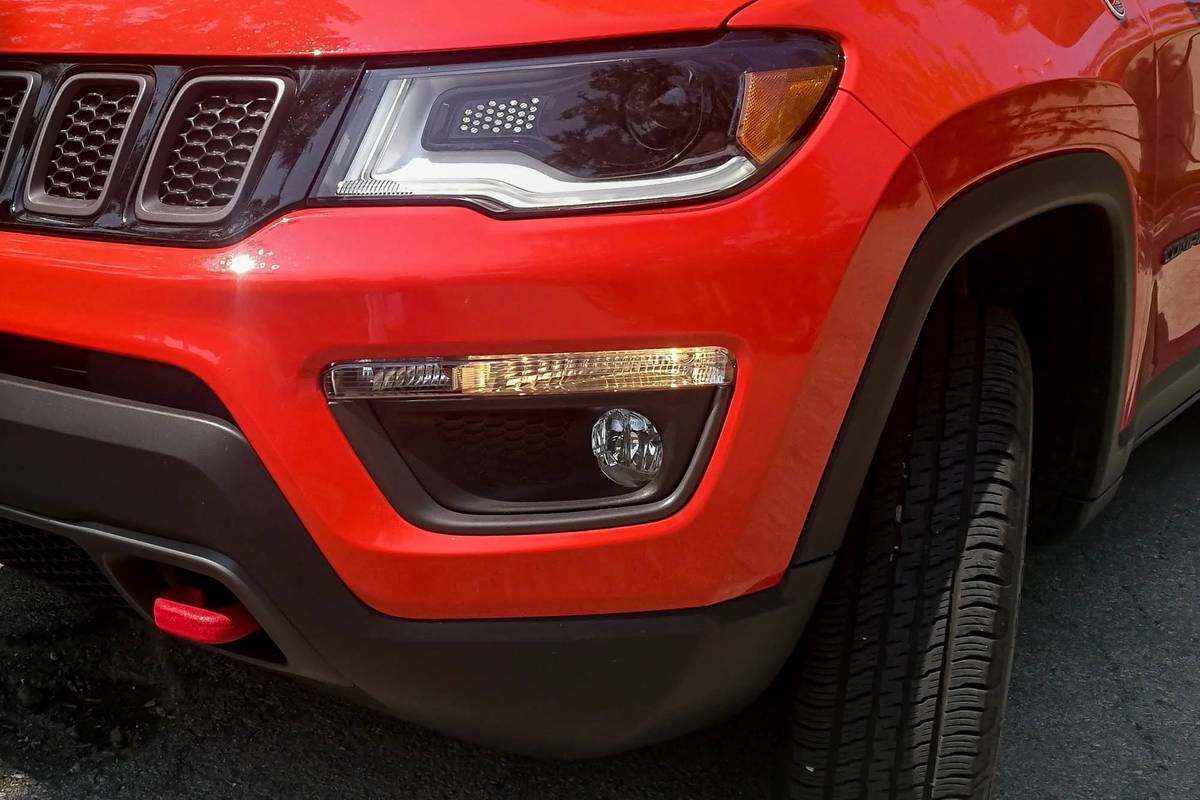 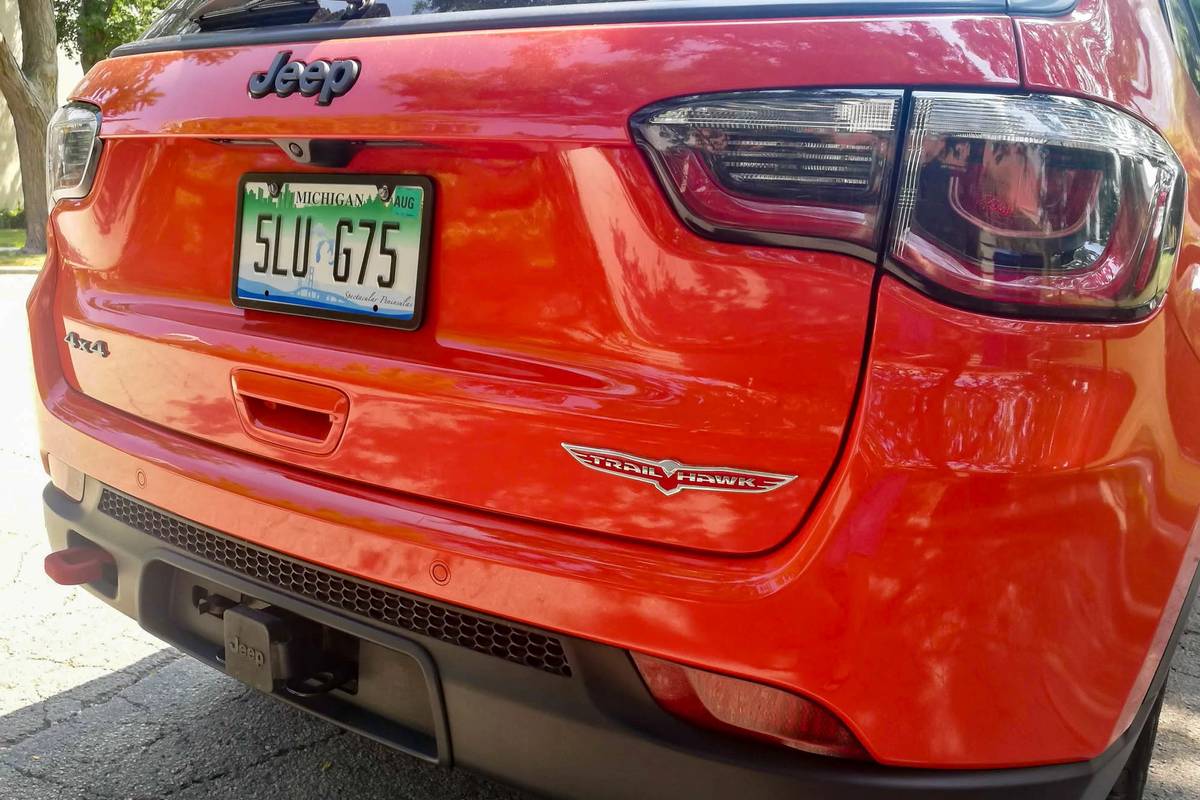 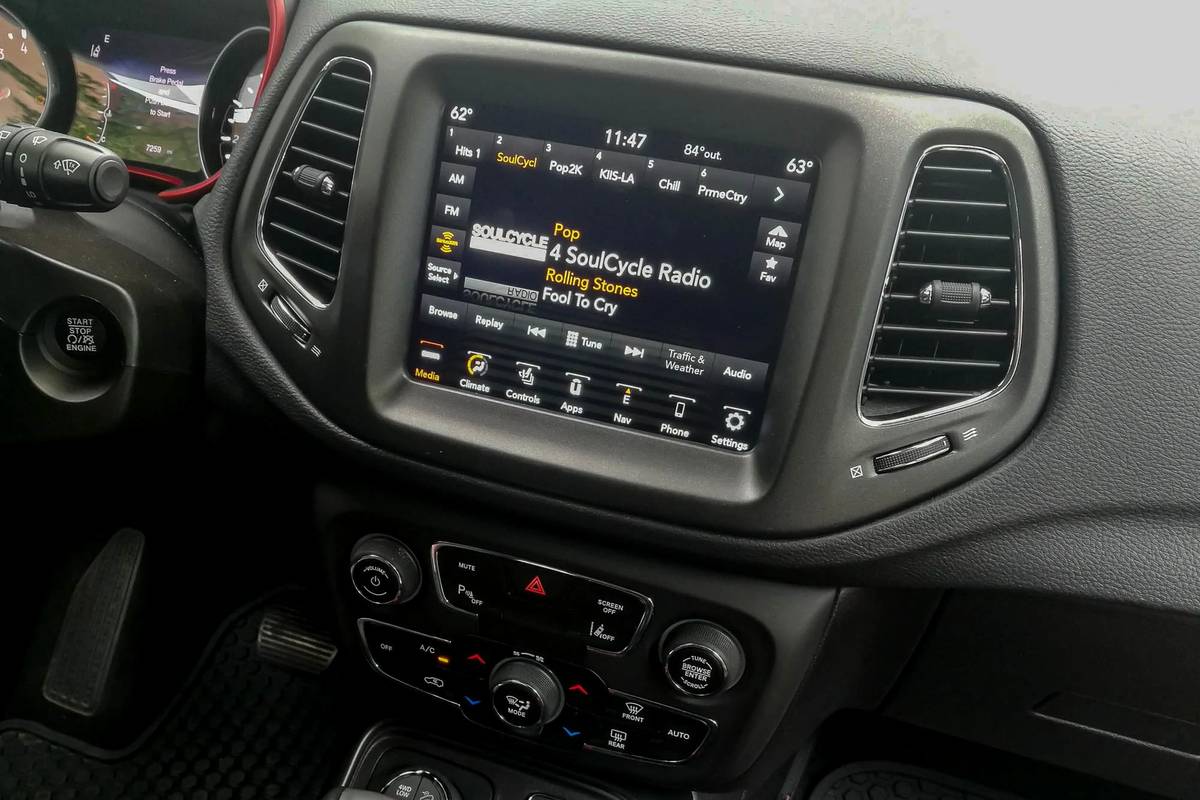 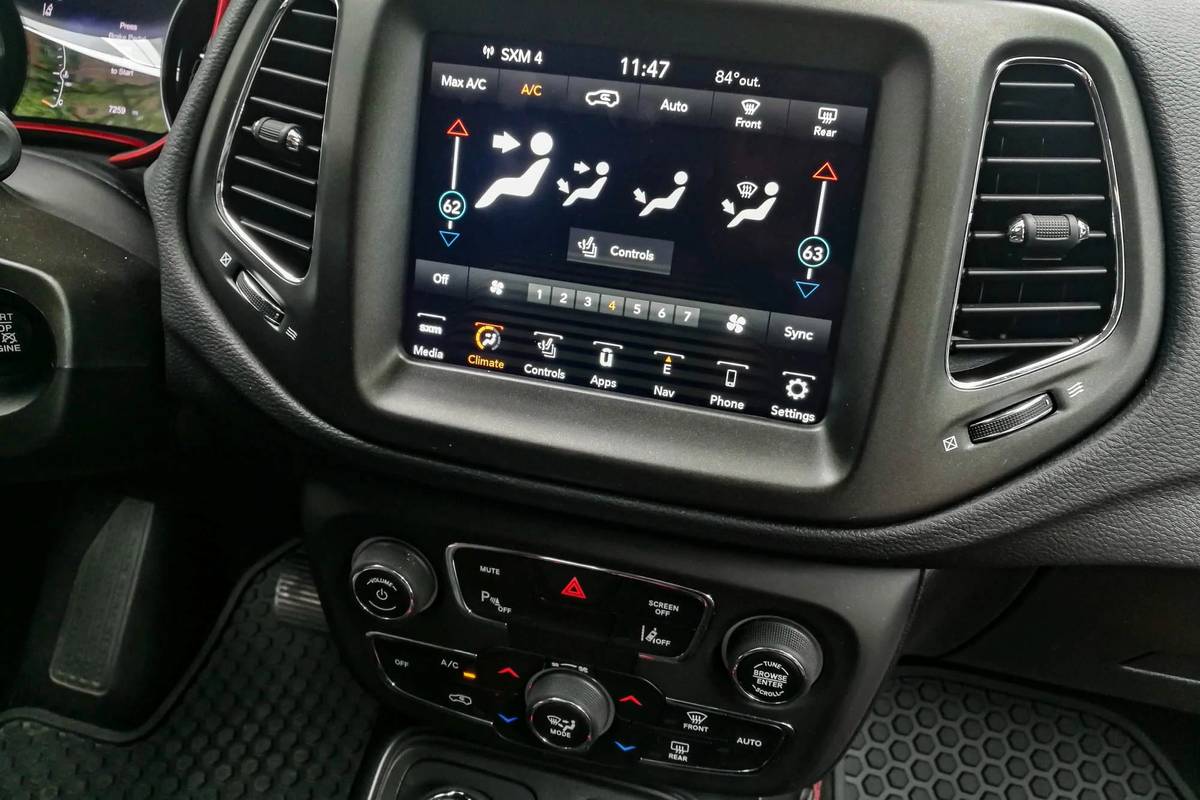 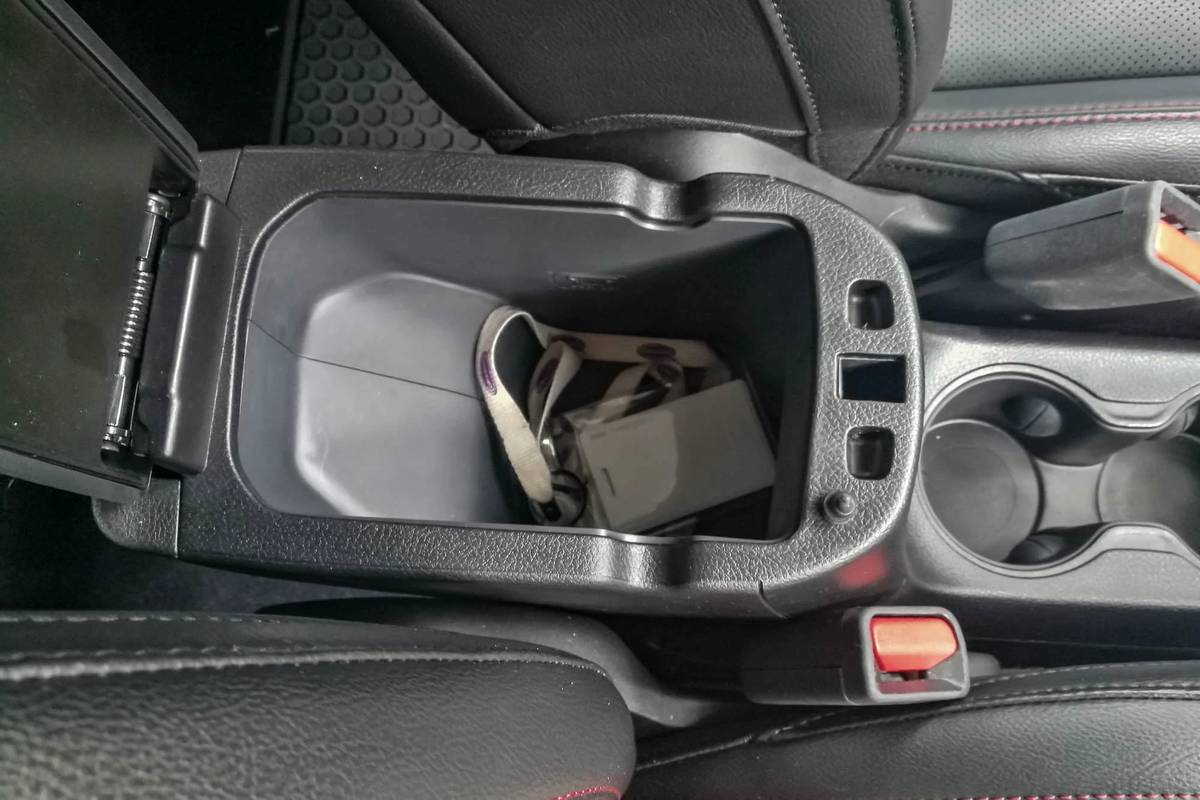 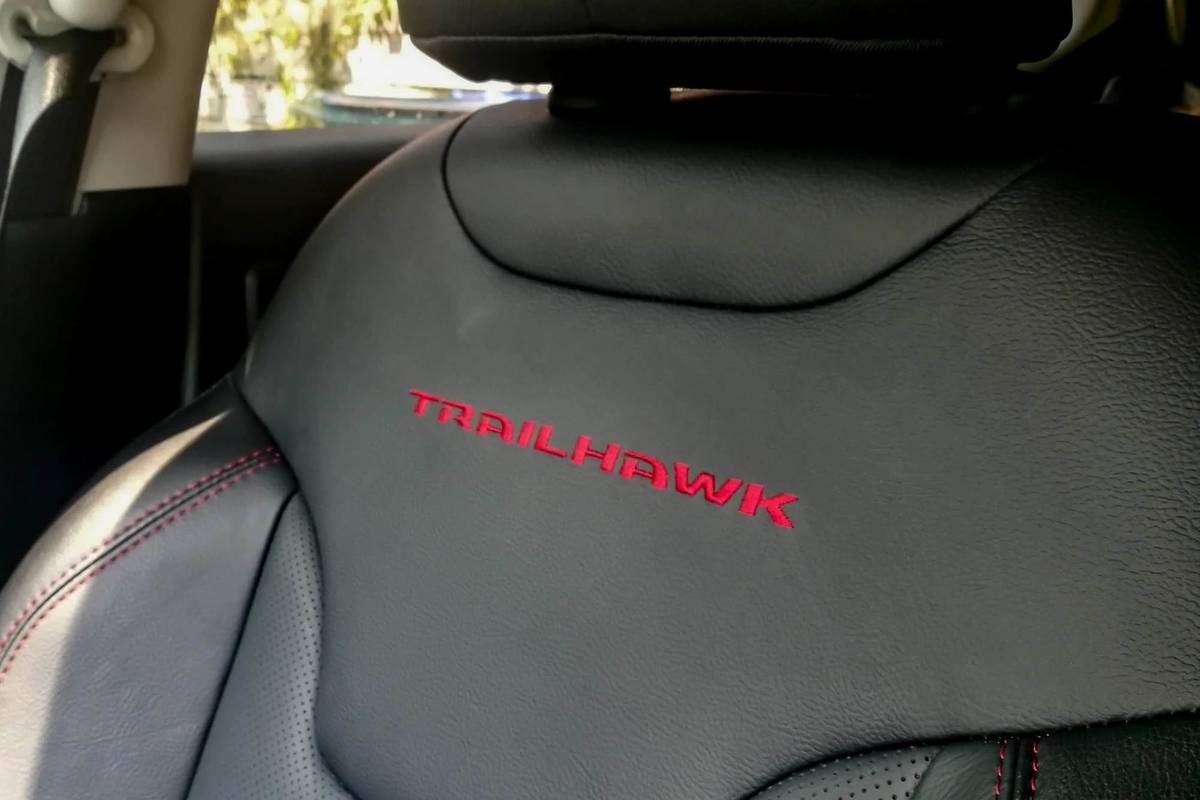 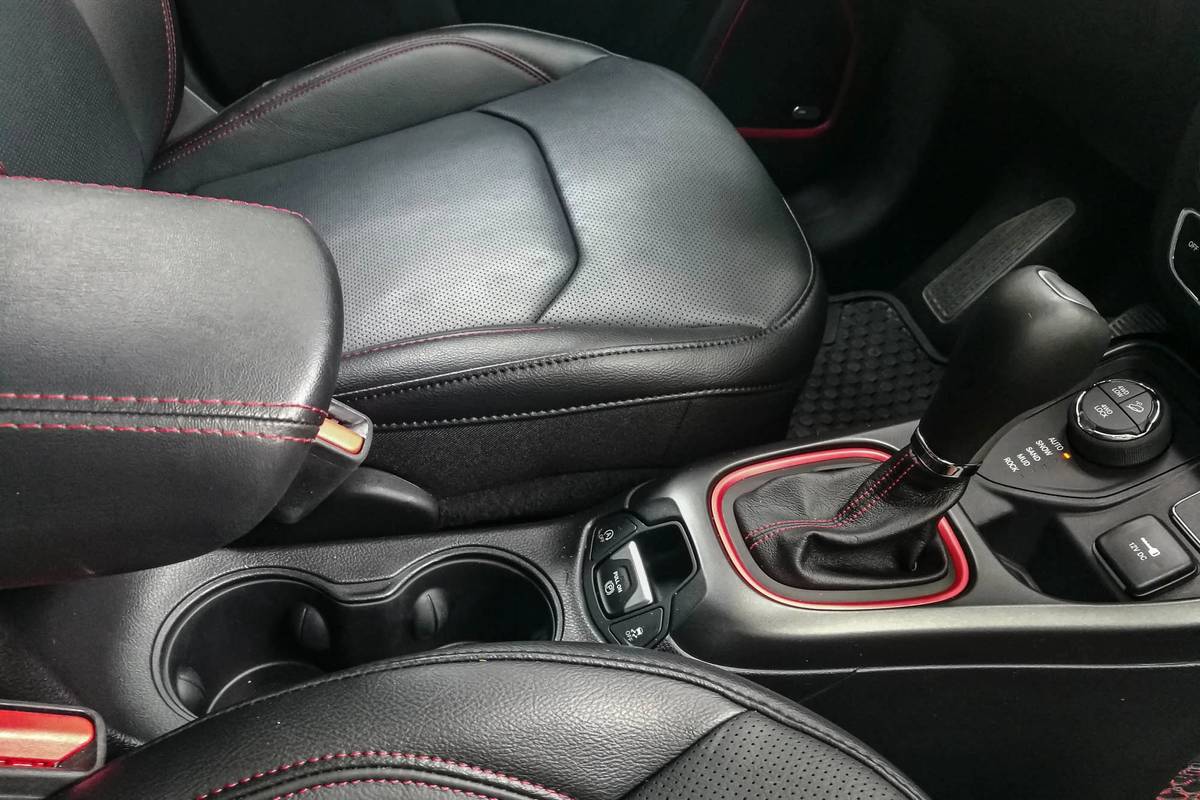 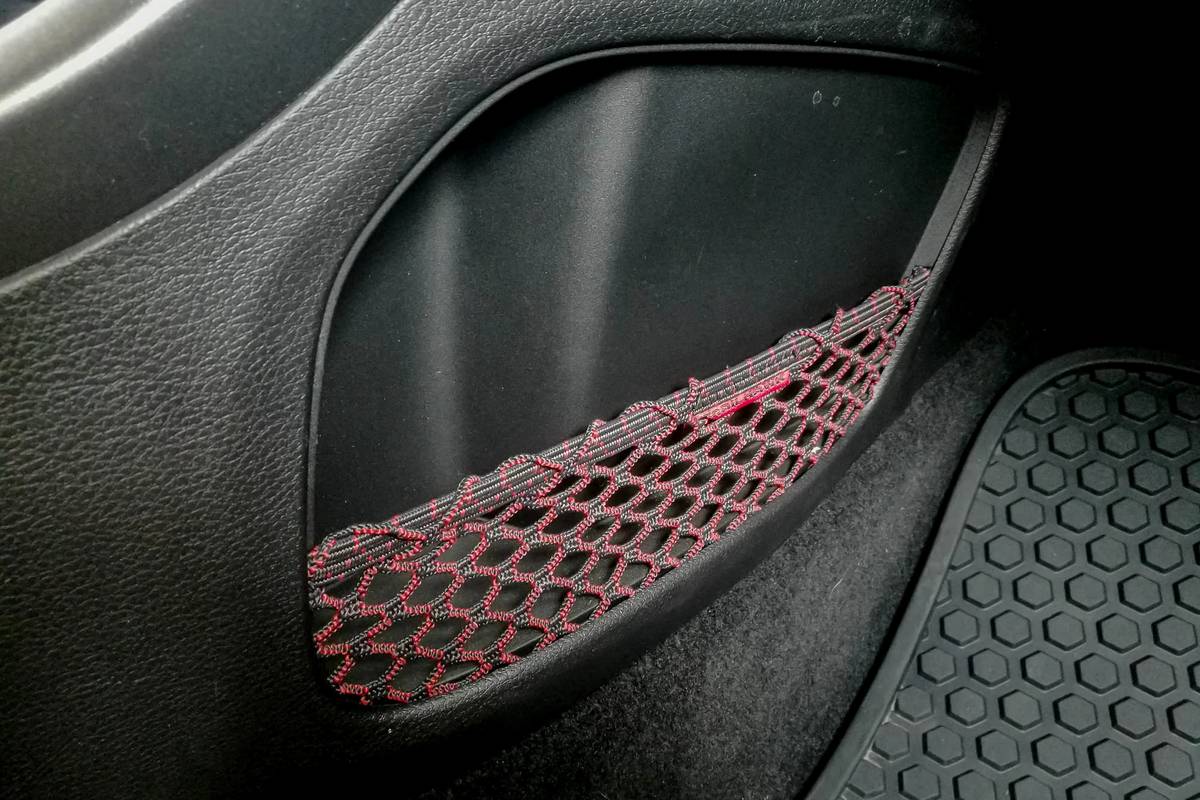 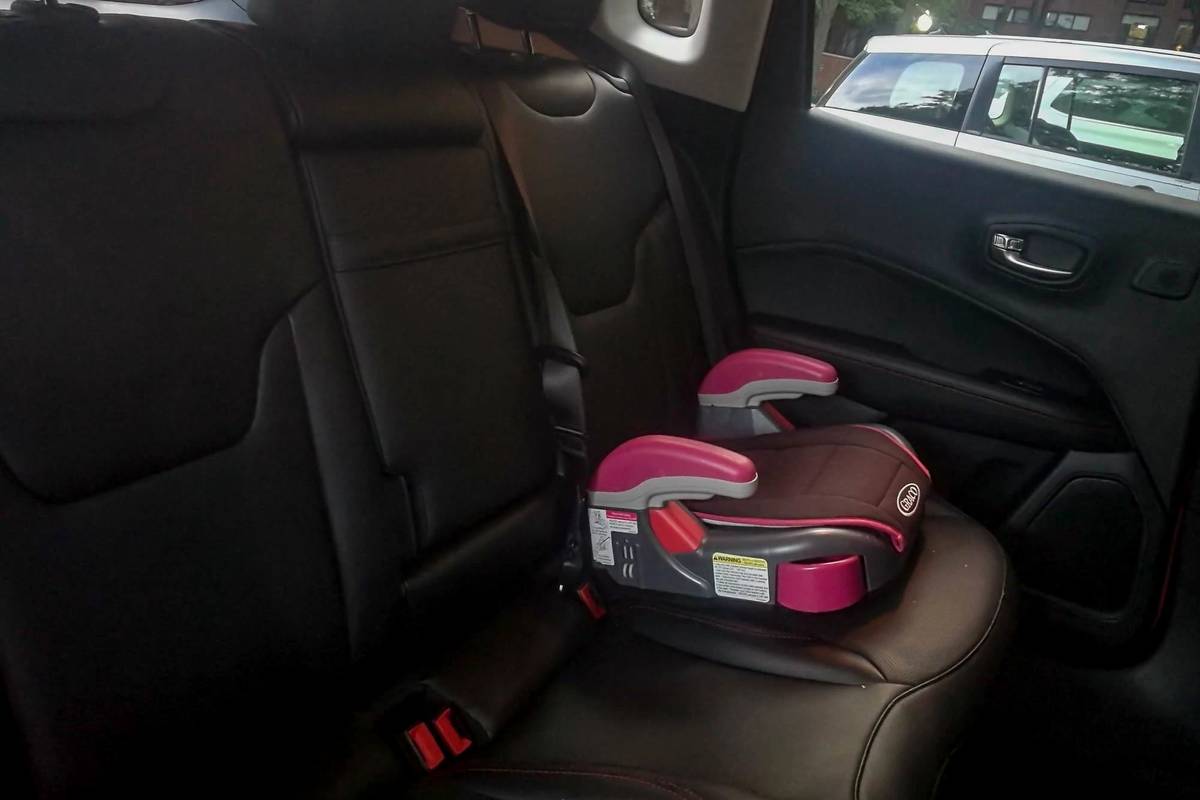 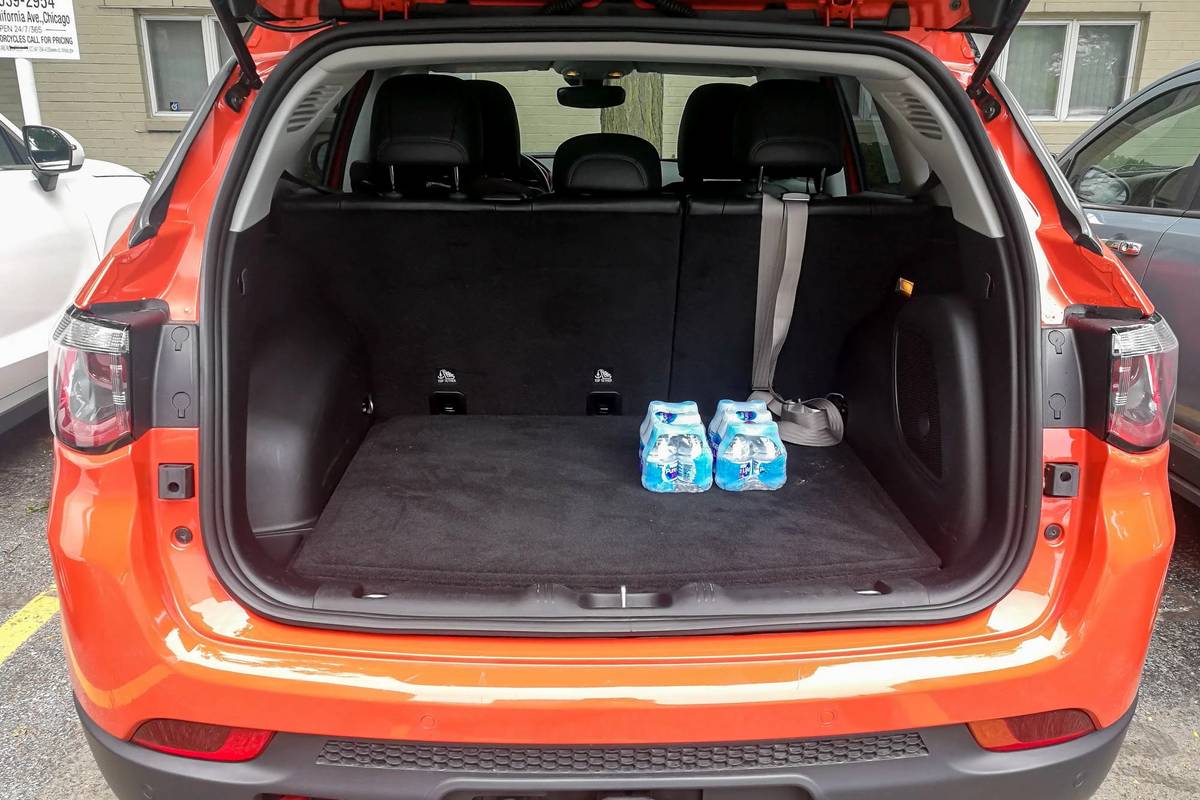 The verdict: The 2020 Jeep Compass — especially in off-road-ready Trailhawk trim — has the potential to be one of the spiciest models in a bland compact SUV class, but with an anemic powertrain and embarrassing fuel economy, it has lost its way.

Versus the competition: The Compass’ multimedia system is among the easiest to use in the class, but the SUV lags rivals in power, standard safety features and fuel economy.

The Jeep Compass is in the popular and ever-expanding compact SUV class. It goes against the likes of the Honda CR-V, Ford Escape and Toyota RAV4; see them compared.

The Compass comes in Sport, Latitude, Limited and Trailhawk trim levels. I tested the Trailhawk, and aside from its more aggressive styling (mine had a two-tone black and Spitfire Orange exterior), it’s loaded with off-road goodies: Trailhawks get a lifted suspension, off-road tires, skid plates, tow hooks, hill descent control and Jeep’s Active Drive Low four-wheel-drive system, which adds a low range.

If you’re off-roading in a Compass Trailhawk, slow is your speed — and the Trailhawk delivers. Anyone not driving off-road will be left wanting: The sole engine is a 180-horsepower, 2.4-liter four-cylinder that’s adequate at best. A six-speed manual transmission is standard, and six- and nine-speed automatics are available. My test model had the nine-speed and it was unpredictable, with shifts that were at times lazy and at other times hasty. At no time, however, were they smooth.

Unfortunately, I was unable to take the Trailhawk off-road, but it proved to be comfortable on-road, with a compliant, bump-absorbent ride and clean, composed handling.

Its road manners are fine overall, but its lack of character doesn’t help it stand out in the class.

Its automatic engine stop-start system is a weak point, with rough and obtrusive shuddering on both shutdown and restart. Even more annoying is that it doesn’t appear to help in the fuel-economy department: In base front-wheel-drive guise with the six-speed automatic, the Compass is rated 22/31/25 mpg city/highway/combined — much lower than its competitors’ base front-drive versions: The Honda CR-V is rated 28/34/30 mpg, the Toyota RAV4 is 27/35/30 mpg and the Escape is 27/33/30 mpg. What’s more, these vehicles all offer some type of hybrid powertrain (hybrid or plug-in hybrid) for those who want even higher mileage; the Compass doesn’t.

The Compass I drove had a cabin dressed in a sharp black and red leather combo, and everything felt appropriately cushy and padded. The front seat was comfortable for people, but once we were in there, our stuff didn’t fit; you’ll have to fight with your front passenger to store small items. There’s a small but deep center console storage box but no room under the controls to stash a phone. There are two teensy netted storage areas near each front occupant’s knees, but they’re not easy to reach.

The highlight of the cabin is the Uconnect 4 touchscreen multimedia system, which has long been a favorite of ours for its large, clear screen and straightforward menus and controls. A 7-inch touchscreen is standard on the Compass; my car was equipped with the larger 8.4-inch screen. Android Auto and Apple CarPlay are standard. The screen’s placement on the dash is easy to reach and one of the most drama-free systems I’ve used. The Uconnect 4 system has stayed current thanks to frequent updates, and another update is coming for the 2021 model year that will include wireless Apple CarPlay and Android Auto.

In back, legroom is comfortable for two adults; by the numbers, the Compass is mid-pack in the segment with 38.3 inches of legroom. Rear headroom trails competitors slightly, but at 5 foot, 6 inches, I had ample space. Two car seats fit fine and were easy to install thanks to accessible lower Latch anchors.

Where it looks like the Compass stands out over the competition is in price, but that’s not exactly accurate. The 2020 Compass starts at $23,775, but that’s for a base model with a manual transmission. Most competitors come with standard automatics, and the Compass costs $27,120 when equipped that way (all prices include destination). The Escape starts at $26,130, the base CR-V at $26,270 and the base RAV4 at $27,125.

The Jeep Compass, especially in Trailhawk trim, has one of the most robust off-road setups in the compact SUV class. Only the Toyota RAV4 Adventure model can match it, but the RAV4 does many other things better than the Compass. And if you’re not looking to go off-road, the Compass’ weaknesses mount quickly. As competitors continue to add more standard safety features and increase fuel efficiency, it’s apparent the Compass needs to head in a new direction.