While America’s obsession with SUVs may be killing the sedan, it is also encouraging automakers to throw their blood, sweat and tears (and cash) into making their family-friendly vehicles better. For the redesigned 2022 Lexus NX compact SUV, ”better” means smarter and more electrified. The NX arrives with a new multimedia system, more power for its gas model and a first-ever NX plug-in hybrid model. Here’s what to expect from the upcoming 2022 NX.

The Devil Is in the Exterior Details

Lexus didn’t take drastic measures with the exterior styling of the 2022 NX, instead choosing to focus on the significant updates in the cockpit and under the hood. To freshen up its compact SUV, the automaker took a chisel to the front and rear. A new spindle grille design is constructed from U-shaped blocks for a 3D appearance, while optional three-projector headlamps and L-shaped  daytime running lights create the updated lighting signature.

The rear of the NX trades the familiar L badge for a new Lexus logo that takes a prominent position on the liftgate. The rear lighting consists of a full-width blade lamp borrowed from the UX SUV and IS sedan along with a separated L-shaped lamp on the rear fender. 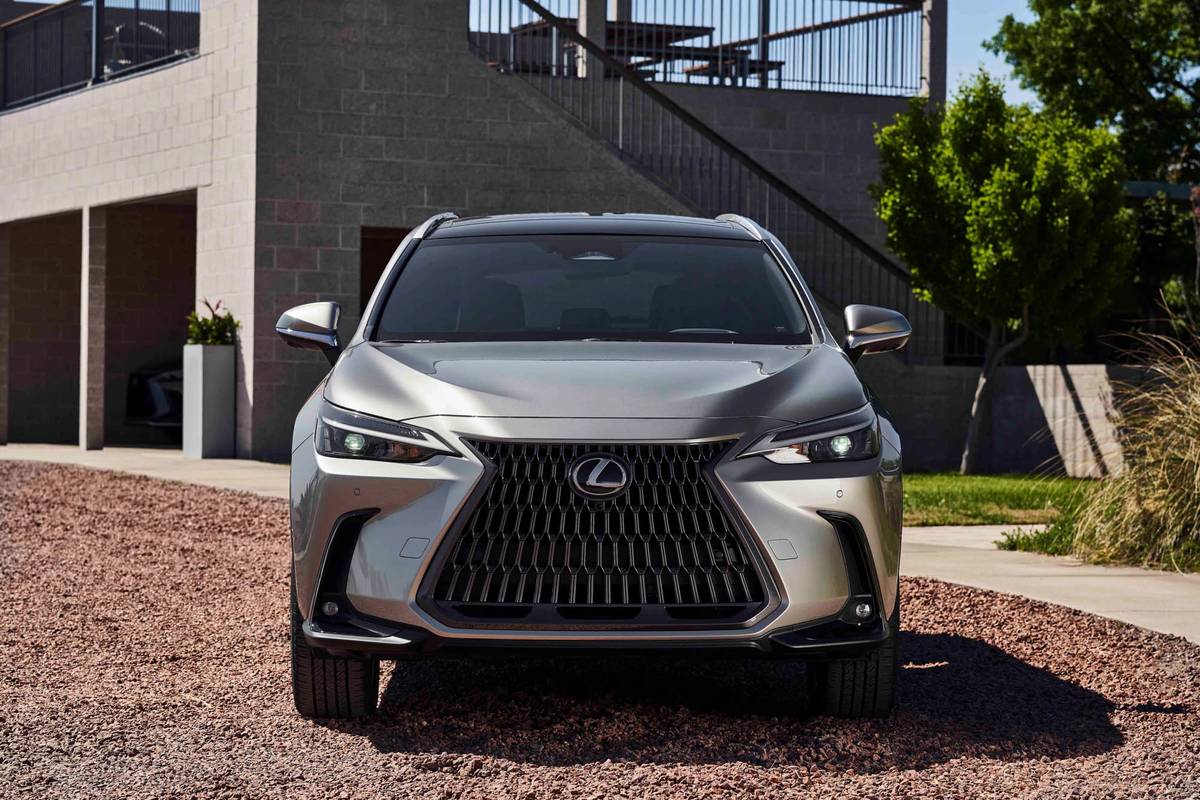 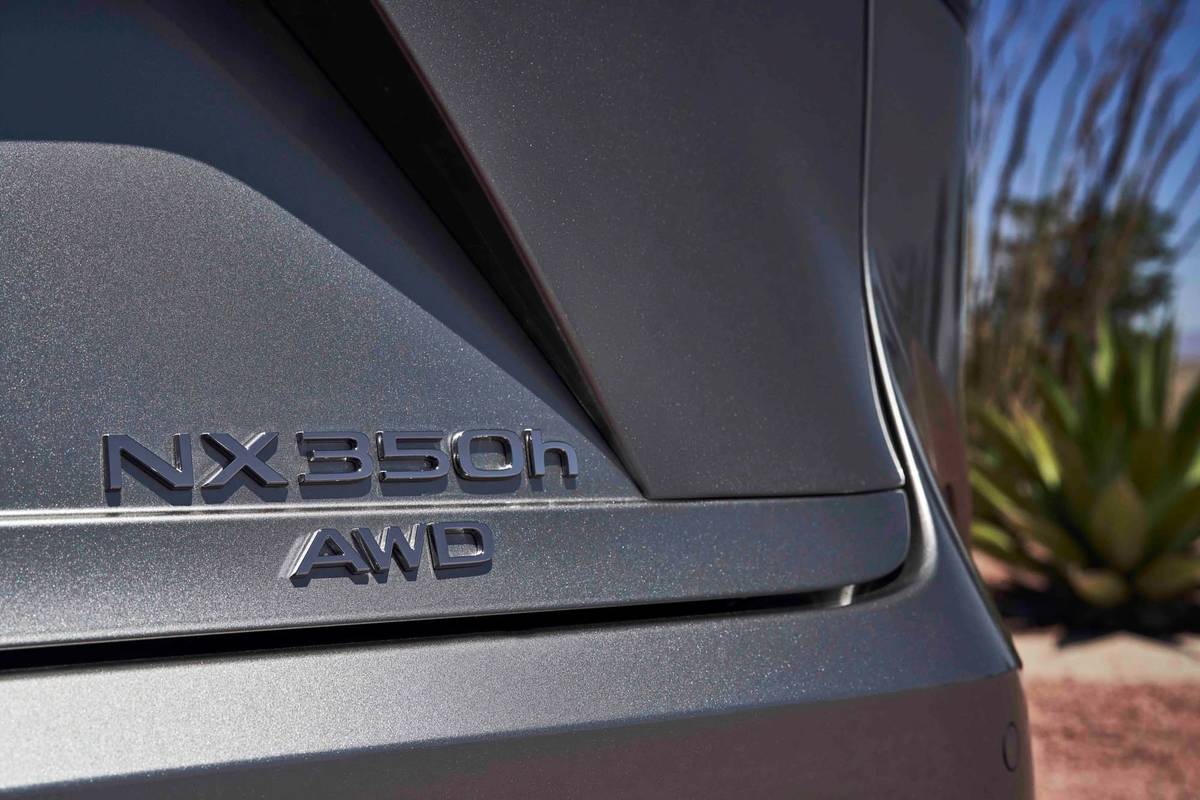 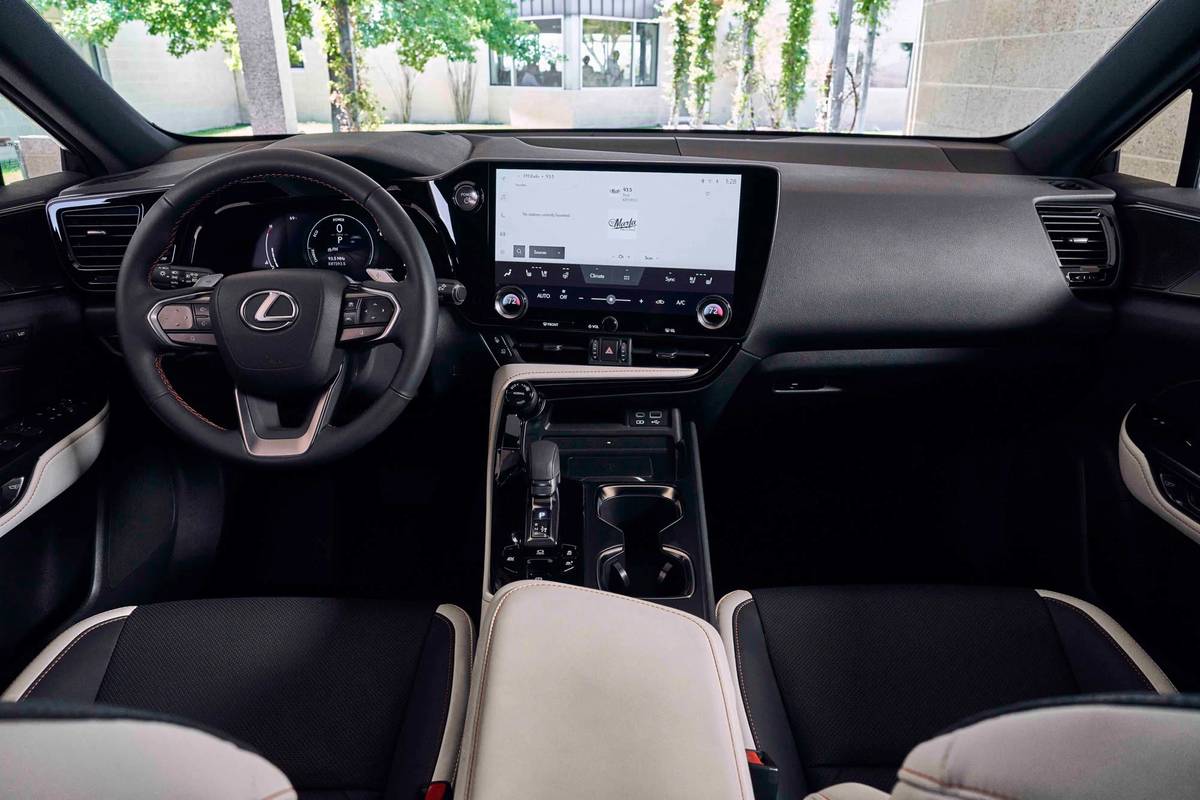 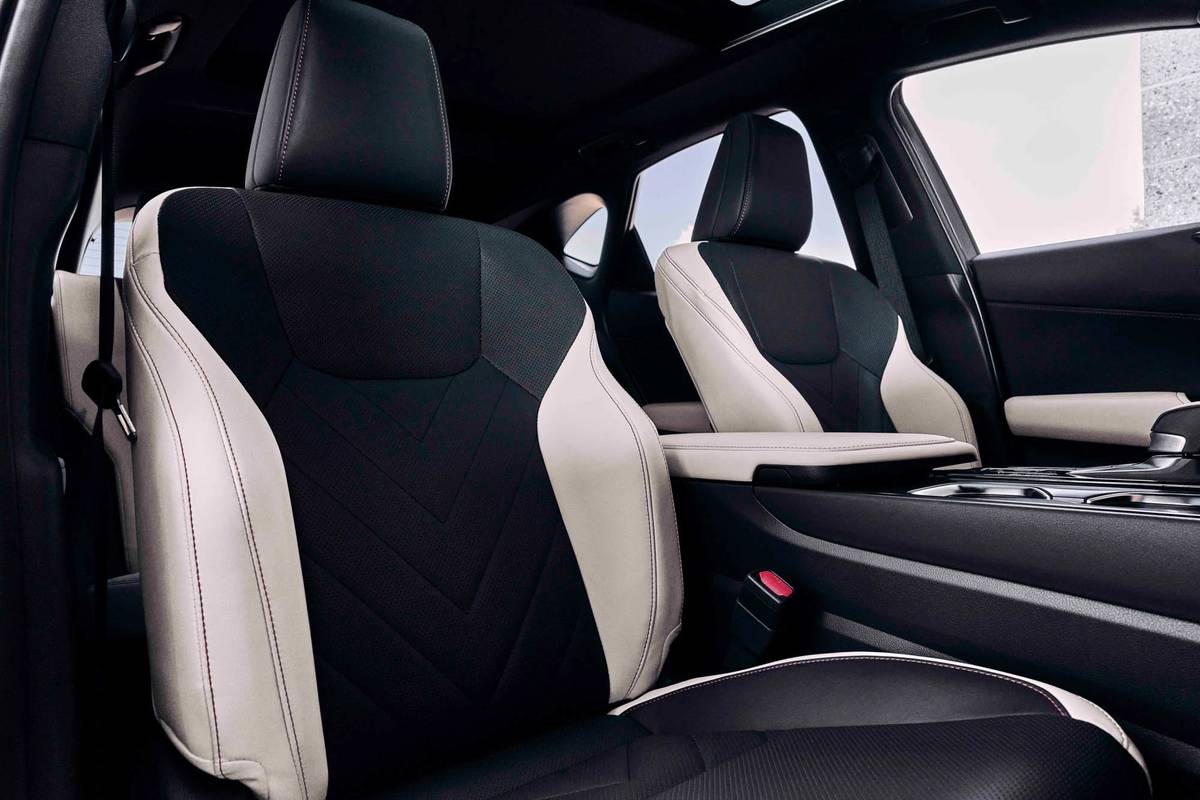 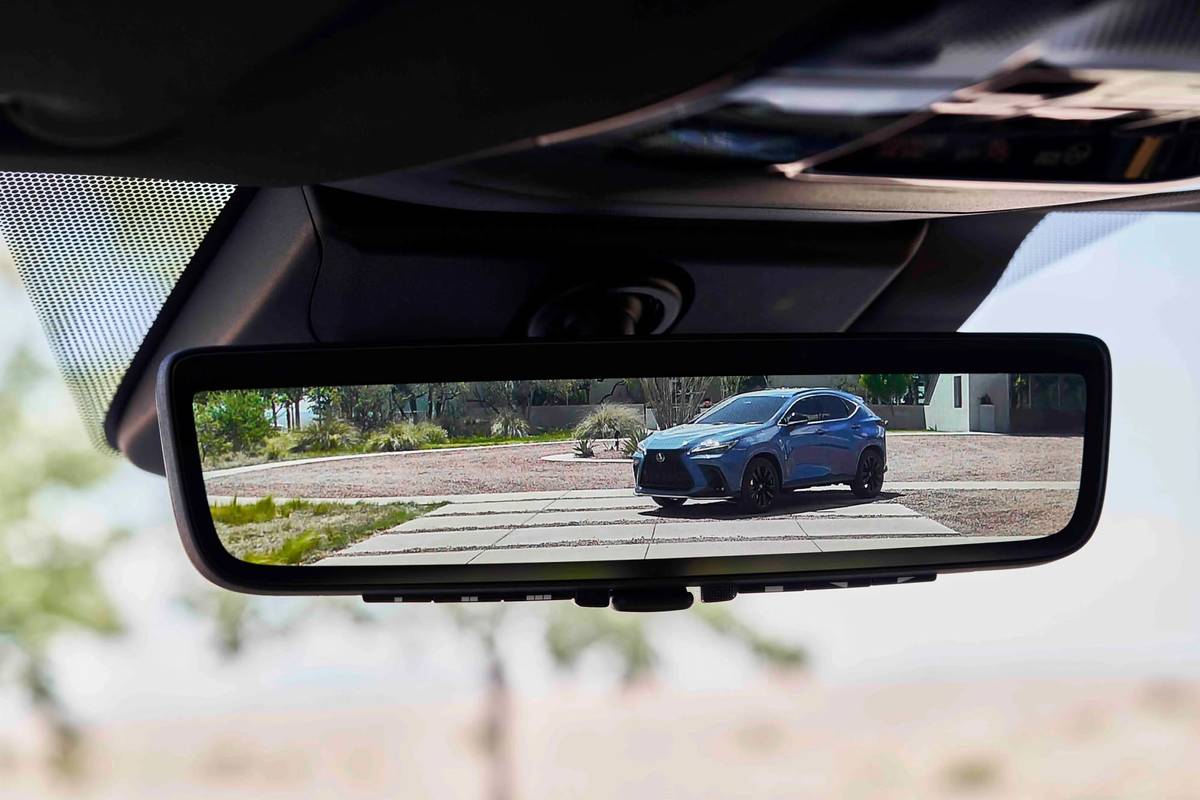 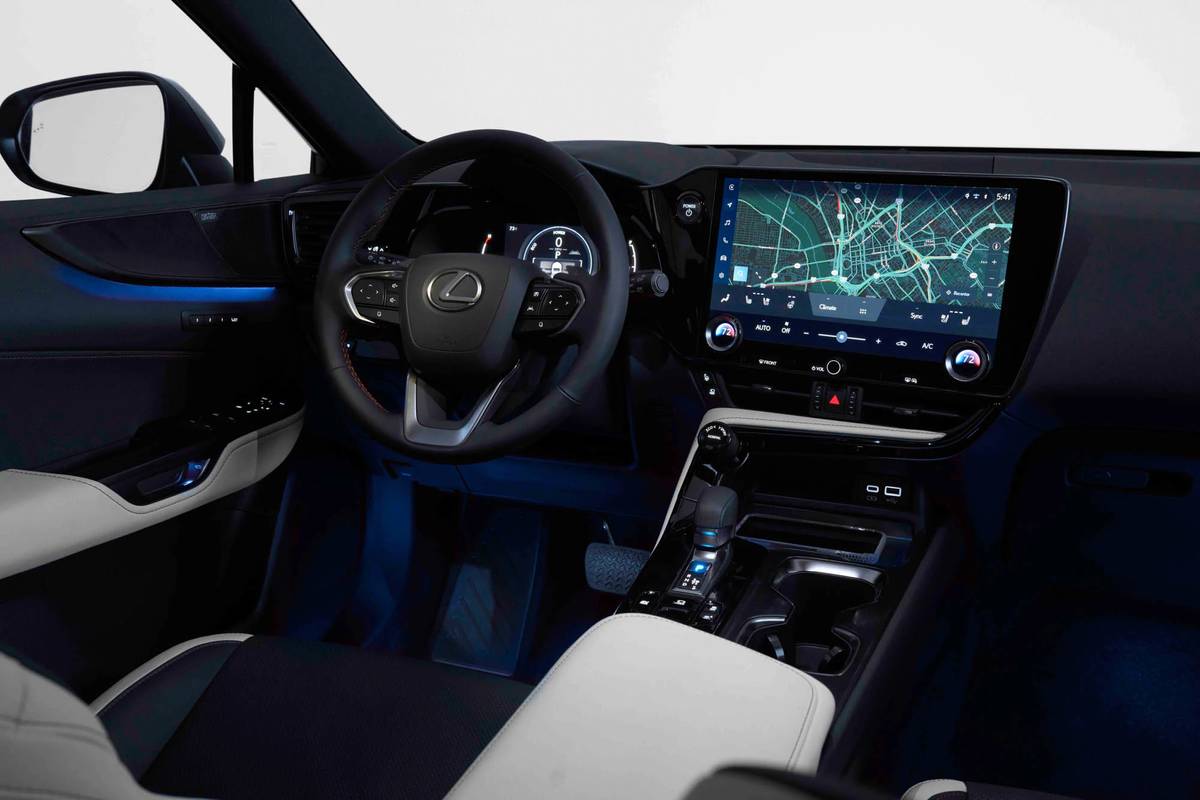 Inside the cabin, the changes to the 2022 Lexus NX are focused on improving the vehicle’s digital experience. Driver information is now projected via two new features in the NX including a high-definition 7-inch multi-instrument display and an optional 10-inch head-up display. A standard 9.8-inch touchscreen can be supersized to an optional 14 inches, which is a first for the NX. Along with the technology upgrades, Lexus claims to have reduced noise in the NX’s cabin, redesigned the seats, and added headroom, legroom and additional storage space in the rear cargo area. The NX also gains an optional panoramic moonroof for 2022.

The new Lexus Interface multimedia system is smarter thanks to a new user interface and Virtual Assistant that uses voice recognition to access features like navigation, phone, climate control and other vehicle settings. Navigation is enhanced to become faster and more accurate with an offline mode that detects areas with poor connectivity and downloads maps preemptively. The 2022 Lexus NX comes standard with wireless Android Auto and Apple CarPlay connectivity and available wireless charging.

Lexus offers two gas-powered NX models for 2022. In addition to the base NX 250, which comes with a 2.5-liter four-cylinder engine and makes 203 horsepower, the NX 350 gets a more powerful turbocharged 2.4-liter engine. . Compared to the 2021 NX 300’s turbo 2.0-liter four-cylinder, the new engine boosts horsepower to 275 from 235, and torque to 317 pounds-feet, up from 258. Lexus says performance is improved thanks to a new eight-speed transmission, increased torsional rigidity and enhanced aerodynamics.

Choose Your Poison (or Electrified NX)

The outgoing NX is offered in hybrid form with the 2021 NX 300h. The 2022 NX lineup will expand the model’s electrified options with a new NX 350h hybrid and a first-ever 450h Plus plug-in hybrid.

The 2022 NX 350h features Lexus’ Hybrid Drive system that marries a 2.5-liter four-cylinder gas engine with two electric-drive motor-generators for increased power and better mpg over the 2021 NX 300h. The new 350h gets a combined 239 hp, which is 45 more horses than the 300h. The hybrid also gets an estimated 36 mpg combined, up from 31 mpg for the current model. The hybrid comes with standard all-wheel drive and gets a f0-60-mph time of 7.2 seconds. 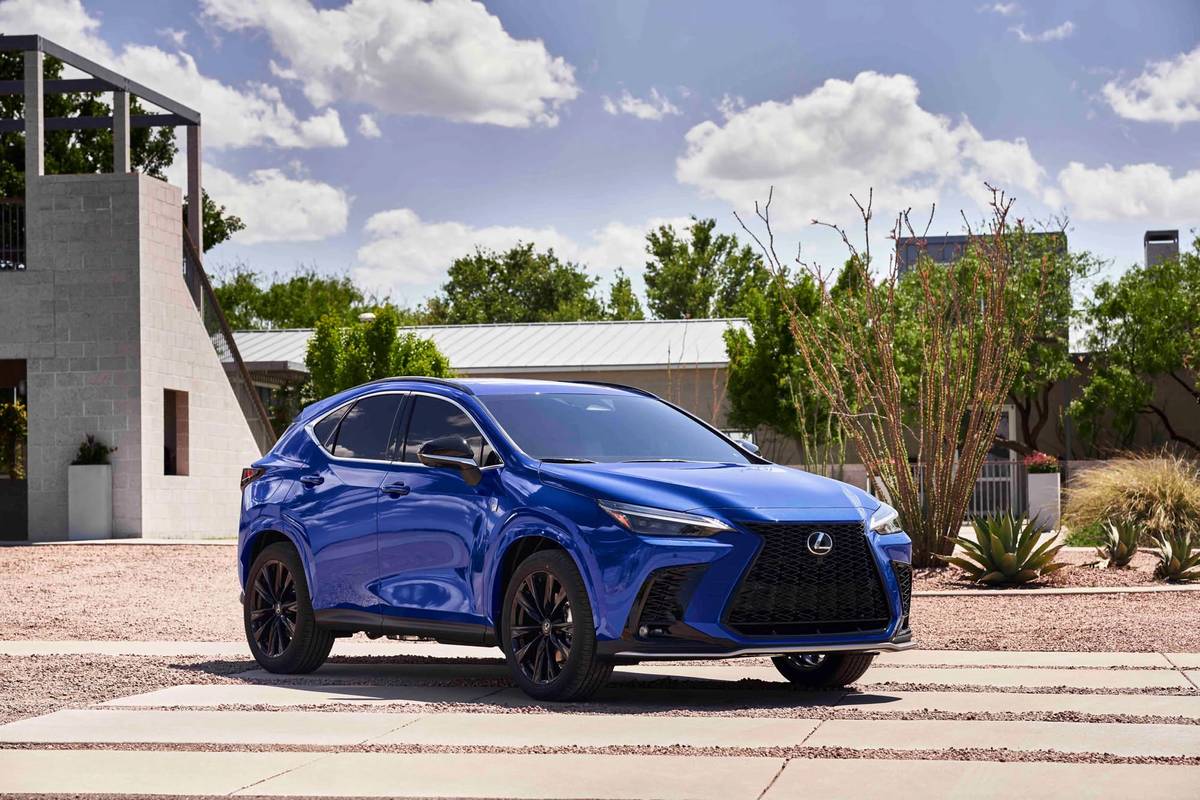 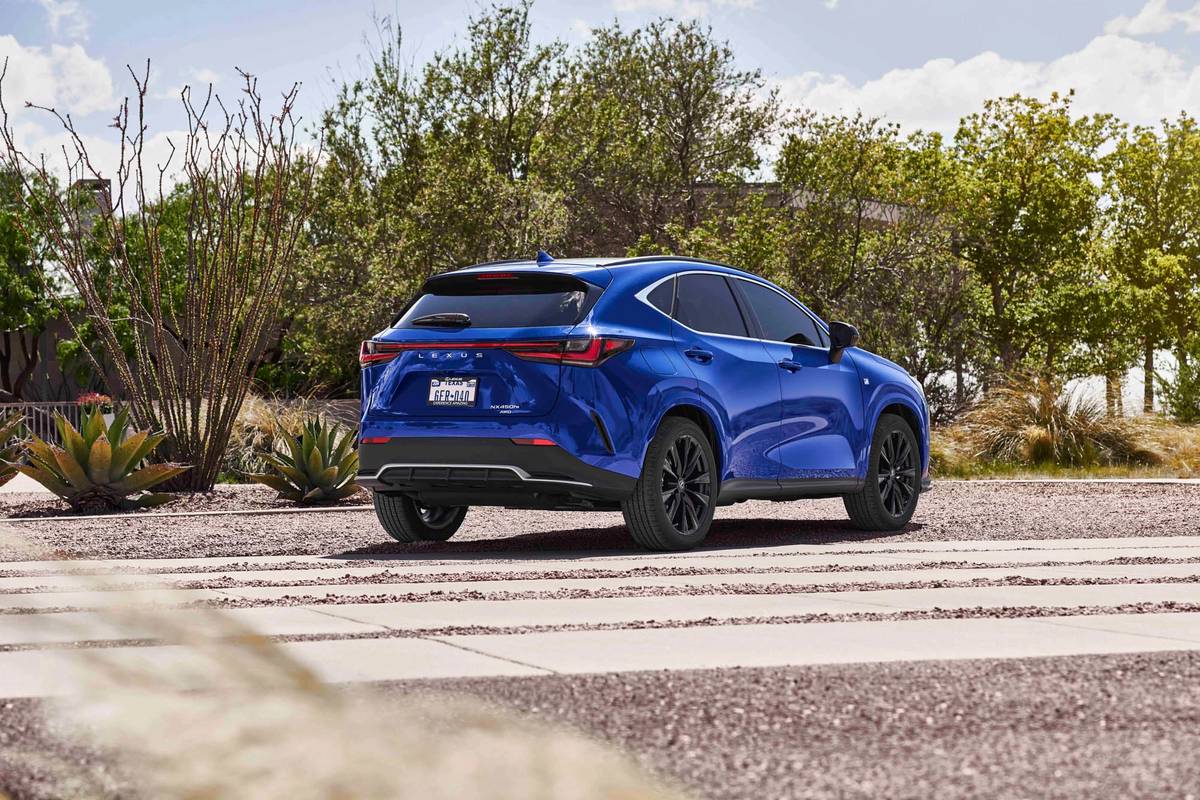 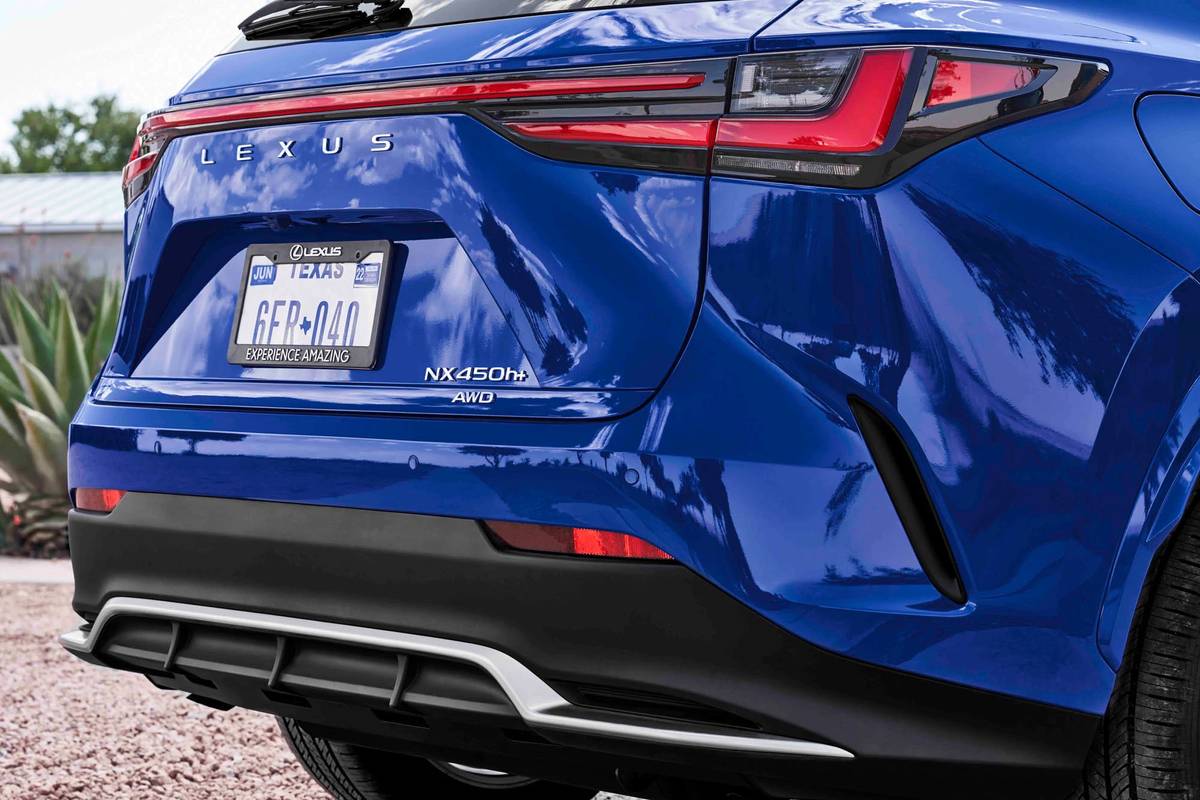 For the first time, the 2022 NX will be available as a plug-in hybrid model in addition to the gas and regular hybrid variants. The 2022 NX 450h Plus offers a Lexus-estimated 36-mile all-electric range thanks to a high-capacity lithium-ion battery. Using the maximum charging current of 240 volts, the NX plug-in hybrid can be fully charged in approximately two and a half hours with the optional 6.6-kilowatt onboard charger. Charge times climb to four and a half hours when the standard 3.3-kW onboard charger is used.

The vehicle’s electric output is combined with a 302-hp, 2.5-liter four-cylinder engine and is expected to accelerate from 0-60 mph in 6.0 seconds. The plug-in hybrid comes with an electronically controlled, full-time AWD system and offers the benefit of Predictive Efficient Drive that learns the driver’s habits to optimize when the hybrid battery is engaged to improve fuel consumption. 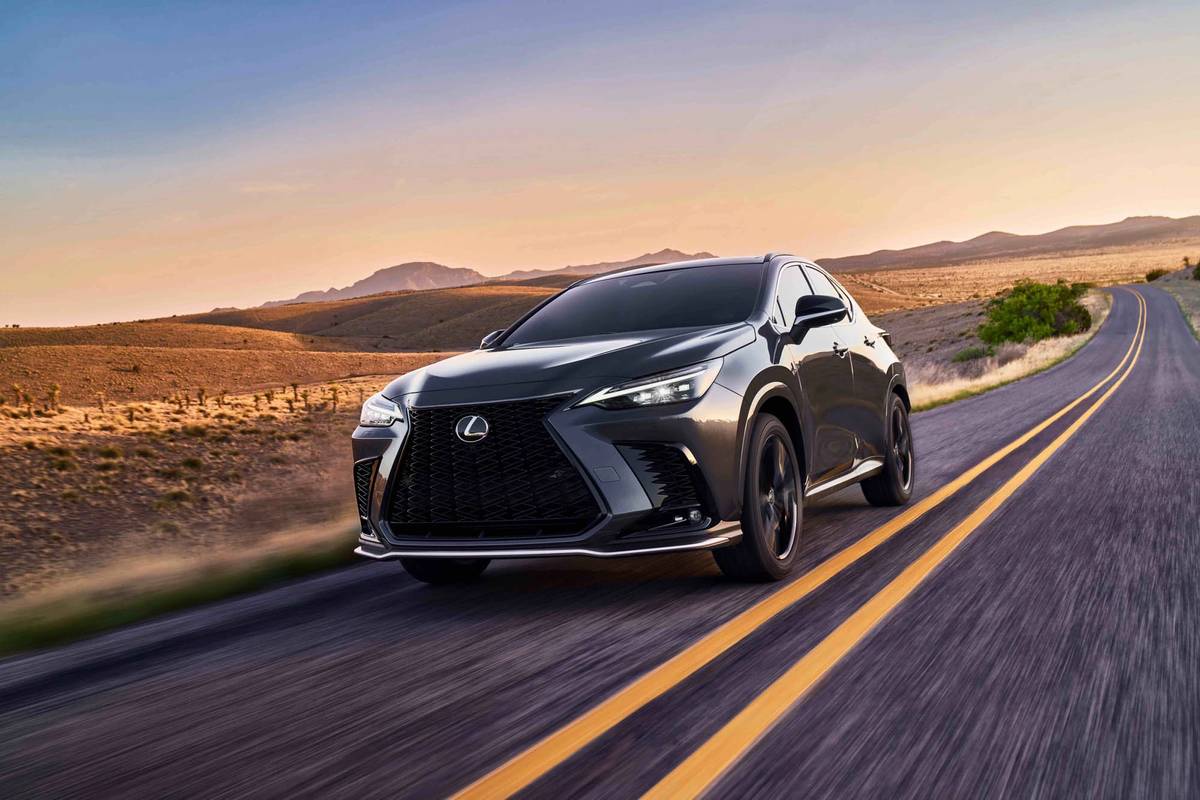 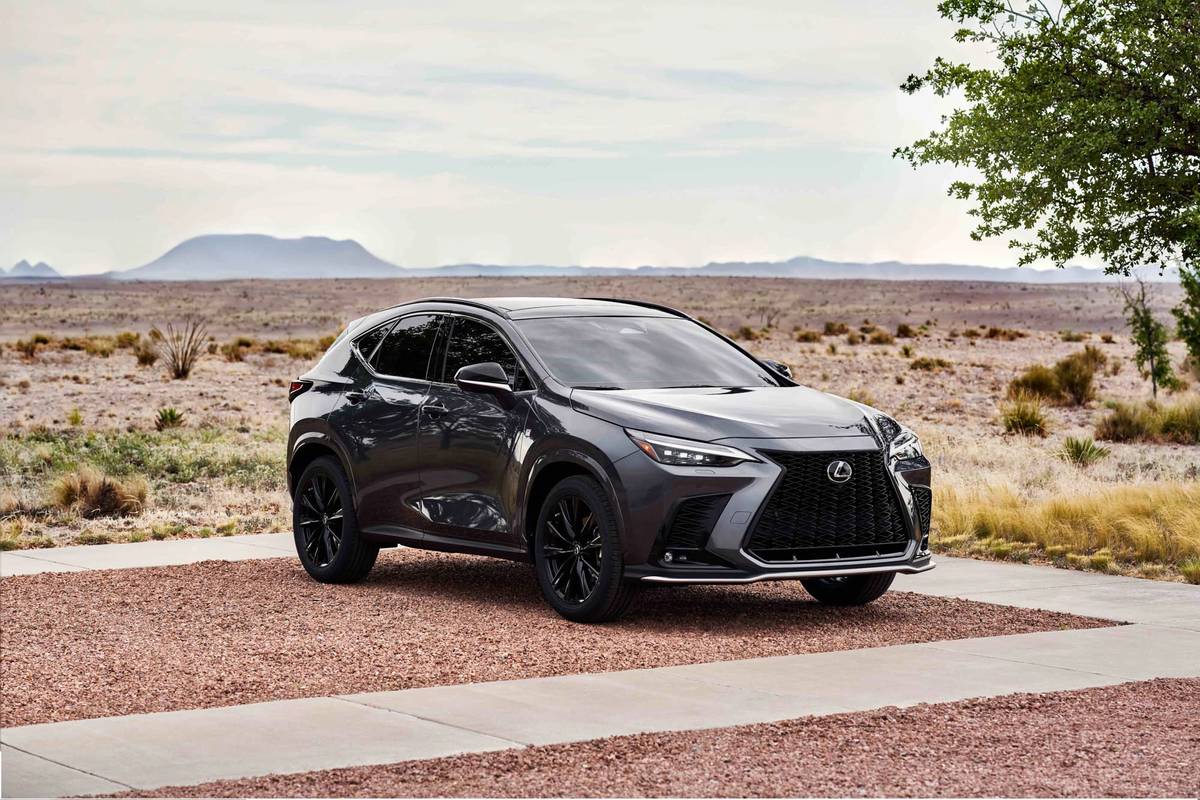 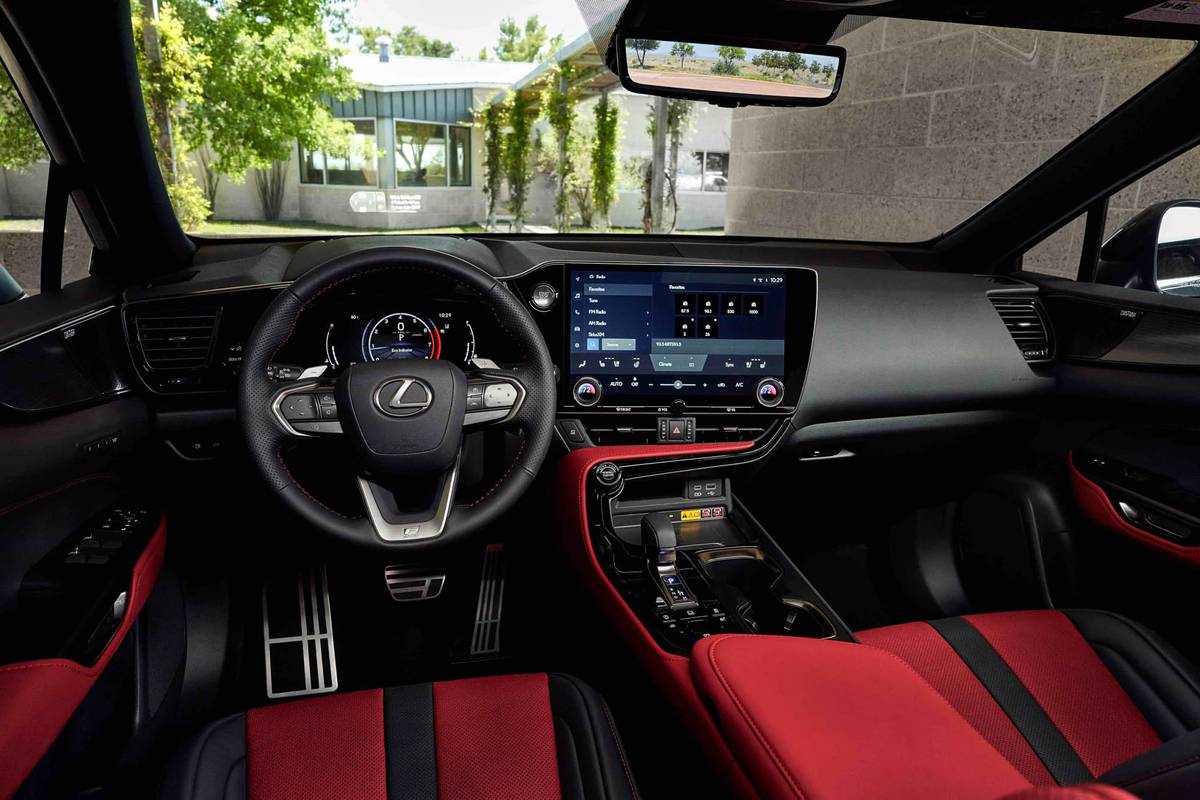 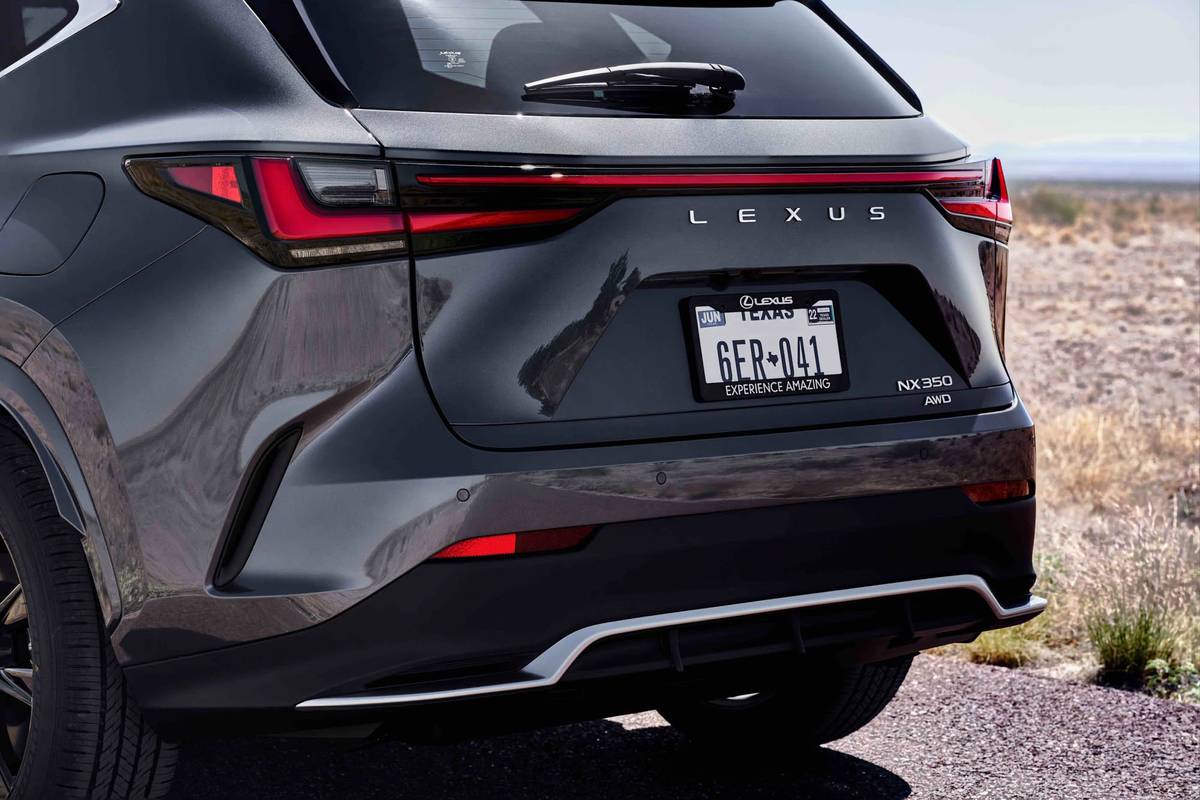 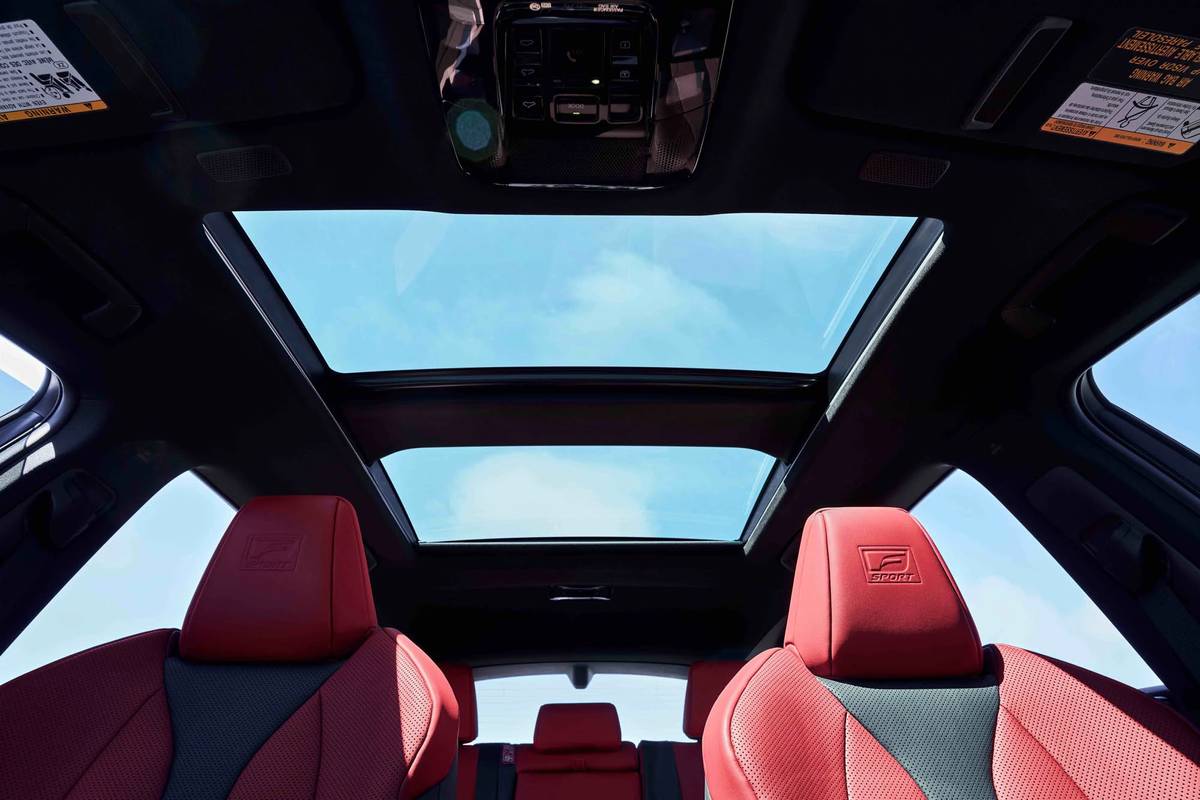 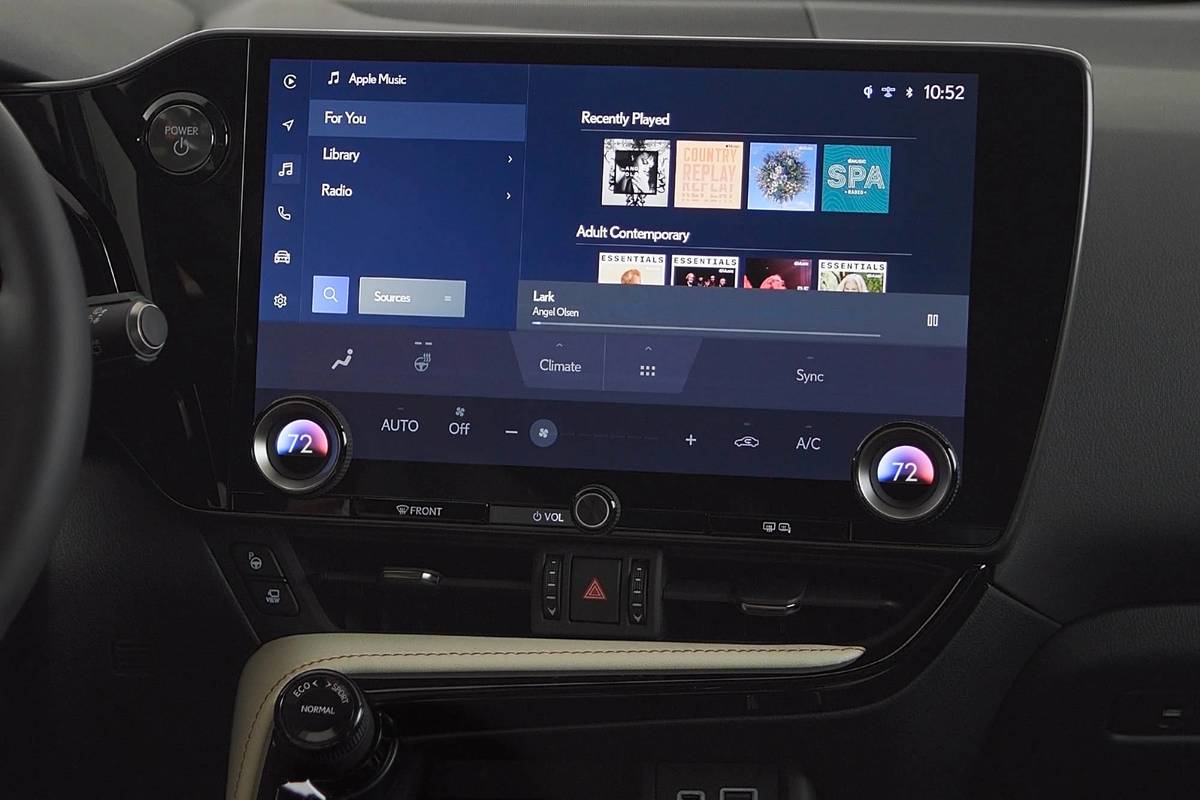 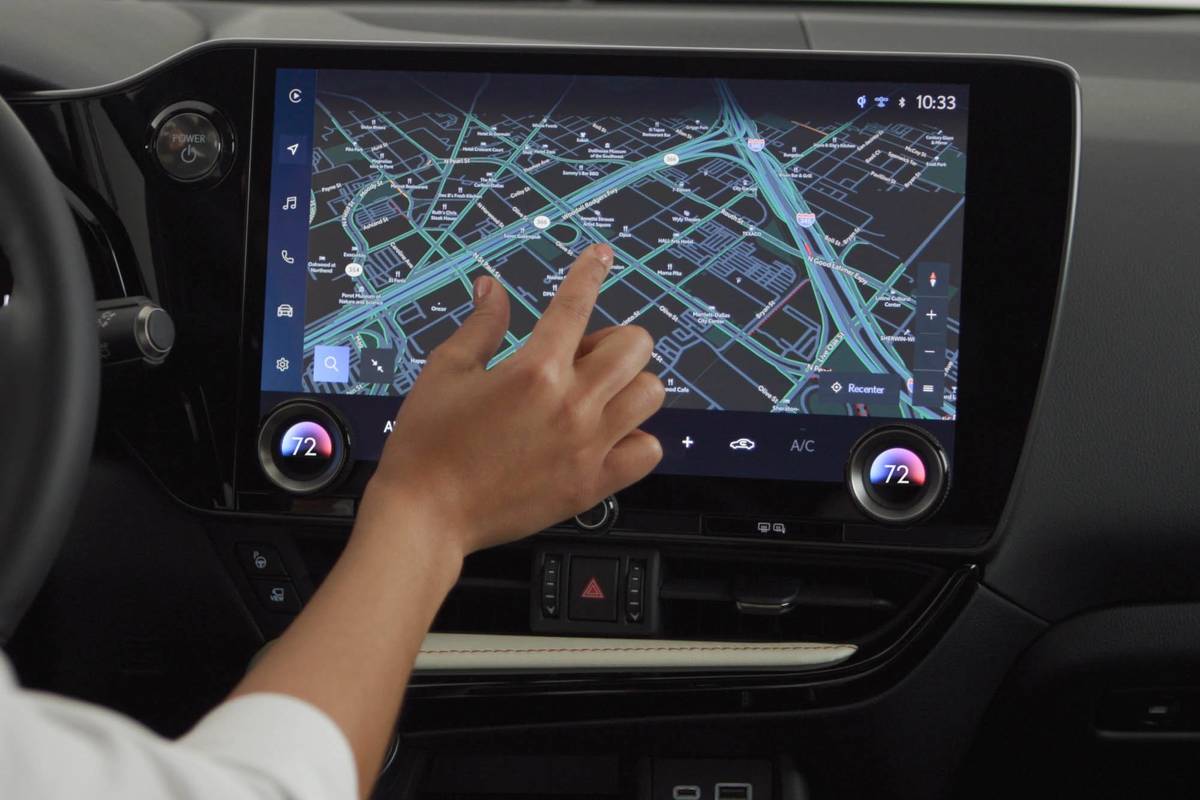 The gas and plug-in hybrid NX models can be enhanced with a handling and appearance upgrade in the form of the F Sport handling model. The NX F Sport’s sportier handling comes courtesy of an active variable suspension and front and rear performance dampers.

Lexus says the 2022 NX will begin production in the third quarter of 2021; pricing will be revealed closer to the on-sale date.