See all 107 vehicles from this dealership.

This seller has been on Cars.com since November 2021.
Balise Hyundai is a Western MA new and used car dealer in Springfield Massachusetts.

Every car is on sale every day at Balise. You don't have to wait for a special sale to get a great deal. We constantly compare our used cars to others in the region and continually adjust our prices to current market conditions so you'll always get our lowest price up front fast and easy.

When it comes to service we offer everyday low prices on many service items. We also have unbeatable tire prices and only recommend what the manufacturer requires to maintain your vehicle...nothing more nothing less.
We provide quality cars and exceptional service at great prices. 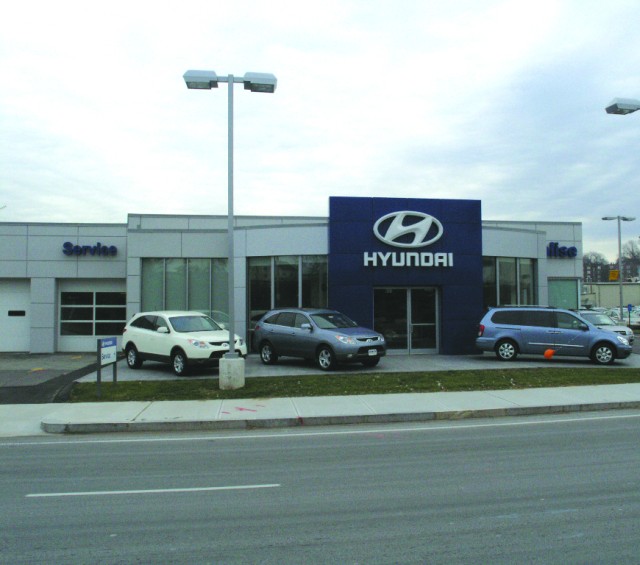 The process was very easy, they sell the cars at MSRP.

November 19, 2022
By tomdudley on DealerRater

The process was very easy, they sell the cars at MSRP. Which now a days is a good deal, hard to think we would ever say that. Brian O. is extremely knowledgeable on all the technology features and how to set them up. They have a decent number of cars on the lot to look at or take out for a drive.

I tried my dealer for a car problem and they would not help me or even see me for 2 months. I called Balise and the woman who answered the phone talked me through fixing my problem and also told me that if that didnt work I could bring my car in anytime to have a tech look at it. Guess where I will bring my car from now on. Thank You!!!

Bought brand new Elantra Limited from Balise Hyundai-Buyer Beware No Transparency at this dealership; very rude. Took 5 hours to purchase car that we had already put down money. They have dealership accessory fee ($987.00) on the form that really is a spray on product (ceramic coating) for the outside and spray for inside of the car; they don’t tell you what it is and are elusive when you ask. They will NOT let you forgo this unless you finance with them; which is a scam. Once car came in had appointment for 9:30am to test drive and to buy if all went well. When test driving heard rattle so figured out they didn’t lock in back seat when cleaning it. Arrived back about an hour later. Made to sit for hour before able to meet with Marcus, salesman. Once we started meeting, Marcus made assumption we were financing at their 4.5% which is told us at first was 5.4%. He left to talk to Sales Manager when we were stunned at hearing it was 5.4%. When we asked why we were not getting the 3.5% rate on the website he was looked confused. He finally told us we could get that or the $500.00 off with 4.5%. We said we wanted to see the monthly payment figures both ways. Again, he had to go to his sales manager (every trip to sales manager was at least a 15 minute wait). When he returned with information, he said that we could also finance with our own bank if we wanted. I began asking questions about the paper we signed stating we needed to get the ceramic coating; he looked confused. I repeated that I would like to him to get that paper so we could consider this option as well. He then told me, “I ask the question you don’t”. This did not bode well with me so I told him I was the customer and if I have questions I should be able to ask them. He then told me I was being “combative”. At this time, I got up and left. I called our bank to find out the rate, etc. I did not want to buy from this dealership at this point; I was outside discussing this with my husband. After about half hour, the salesman did apologize, stating that he came from a big family and that is how they talk to each other. Well, I am not your family, I am the customer. I agreed to go back in, only to learn that what he was talking about was refinancing with our bank after we financed with them. So, once we reviewed the options, we decided to go with the 4.5%, then refinance. At that point, we expected to meet with finance, but instead, the Marcus went in/out of the office to bring out single papers for us to sign. He then returned to sit with us stating that it would be a little bit before he would be ready. He went back into finance office. Mind you, it was now past lunchtime and we were hungry. Finally, after sitting for another 15 minutes my husband went to the door and said that we needed to get going. Once papers were signed, we waiting then for registration. Marcus had disappeared. He was in lunchroom eating; learned this because finance person was nice enough to get us a snack when we told him we were hungry. When deal was done never saw or heard from sales manager as would typically happen. Got email from Brian Houser, General Manager stating if we weren’t going to give them 5’s to contact him. We left him a voicemail. We spoke with him; he is going to retrain his staff and offered us a car wash coupon for a year (still haven’t received that). That offer isn’t worth giving them 5’s, so they get 1’s; only because I can’t give them 0’s. In the end, we paid $720.00 more in finance because of the scam. We were told that there would be no fees and application to refinance was simple. NOT TRUE!!! Wished we had bought from Gary Rome Hyundai, much nicer experience, just didn’t get car in first. Will never buy from Balise Hyundai again.

December 23, 2021
By angbautista4 on DealerRater

Excellent service there, Service Department are very responsible and efficient. The Manager is always on point, making sure every customer leave the Dealership happy and driving the new vehicle. I recently ordered 2 new cars, the first one came up last Friday 2022 Tucson which I love it. It is very comfortable and powerful, the sound system is great and loud which I like it that way. Now I am waiting for my Truck 2022 Santa Cruz to arrive, already got some adventure trips to make with it. Every staff at the Dealership are awesome and respectful. Thanks for being so honest and trustful.

Overall great experience Jesse always got back to me if I...

December 6, 2021
By Walter bjorklund 69 on DealerRater

Overall great experience Jesse always got back to me if I had concerns they took care of it.

Kudos for your service department on Columbus Ave,

On Nov 16?i had my car in for a recall. Stephanie helped me and was excellent! She is professional and very knowledgeable. Kudos for Stephanie! Genevieve Keddy

My experience with this dealership was great! They were...

November 30, 2021
By cdabarclay on DealerRater

My experience with this dealership was great! They were helpful, honest, very friendly. I’m the end I ended up buying a different model but I would 100 % work with them in the future.

Stay AWAY! Unless you enjoy being spoken to like a 5 year...

August 5, 2021
By Msmotyl on DealerRater

Stay AWAY! Unless you enjoy being spoken to like a 5 year old when requesting service.

By far the best experience I had with a car dealership....

June 9, 2021
By Kristen McNamara on DealerRater

By far the best experience I had with a car dealership. My dealer, Luz, was super friendly and informative! They provided great options to my price range and led me to a great 2022 Kona. Thanks Luz, again, you shine bright in the car industry!

Luz and Brian at Balise Hyundai were wonderful to work with! Made my buying experience super easy and would recommend them to friends and family!

Rating breakdown (out of 5):
0 people out of 0 found this review helpful. Did you?
Show full review
See all 514 reviews