See all 164 vehicles from this dealership.

This seller has been on Cars.com since November 2021.
Quirk Chevy in MA has proudly served Boston-area motorists for years by offering a wide variety of new and used Chevy vehicles for sale as well as top-notch service and parts in a laid-back atmosphere that focuses on customer service. When you visit our Chevy dealership near Boston you'll find a dedicated staff of professionals who are committed to making your experience a rewarding one. That's why we've become a trusted source for Massachusetts Chevrolet fans.
If you're looking for a Chevy dealer in Massachusetts that will give you the treatment you deserve call on the professionals at Quirk Chevrolet in Braintree MA.
Quirk Works to Save You Money! 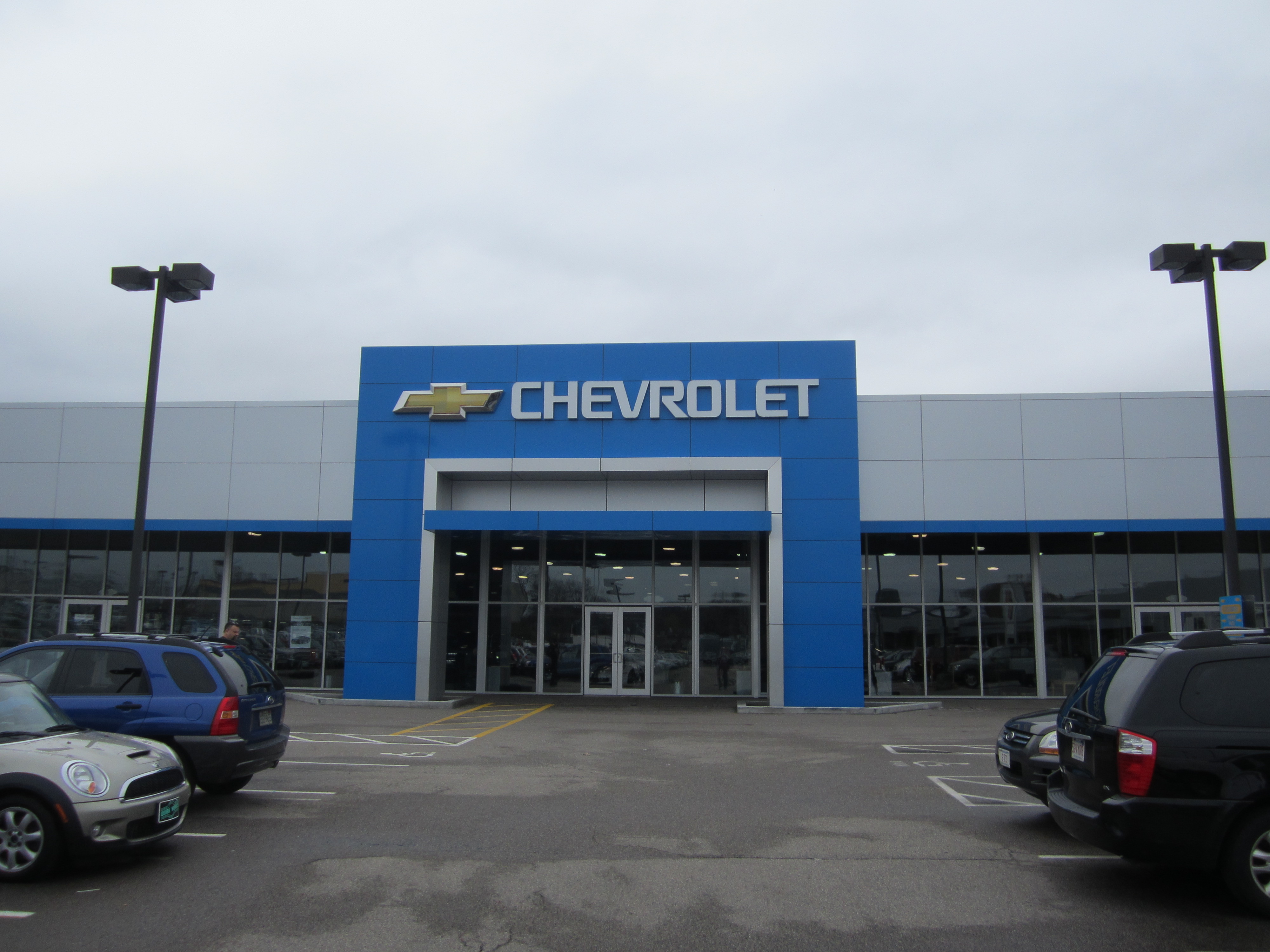 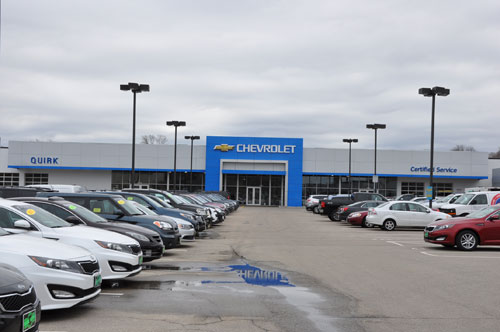 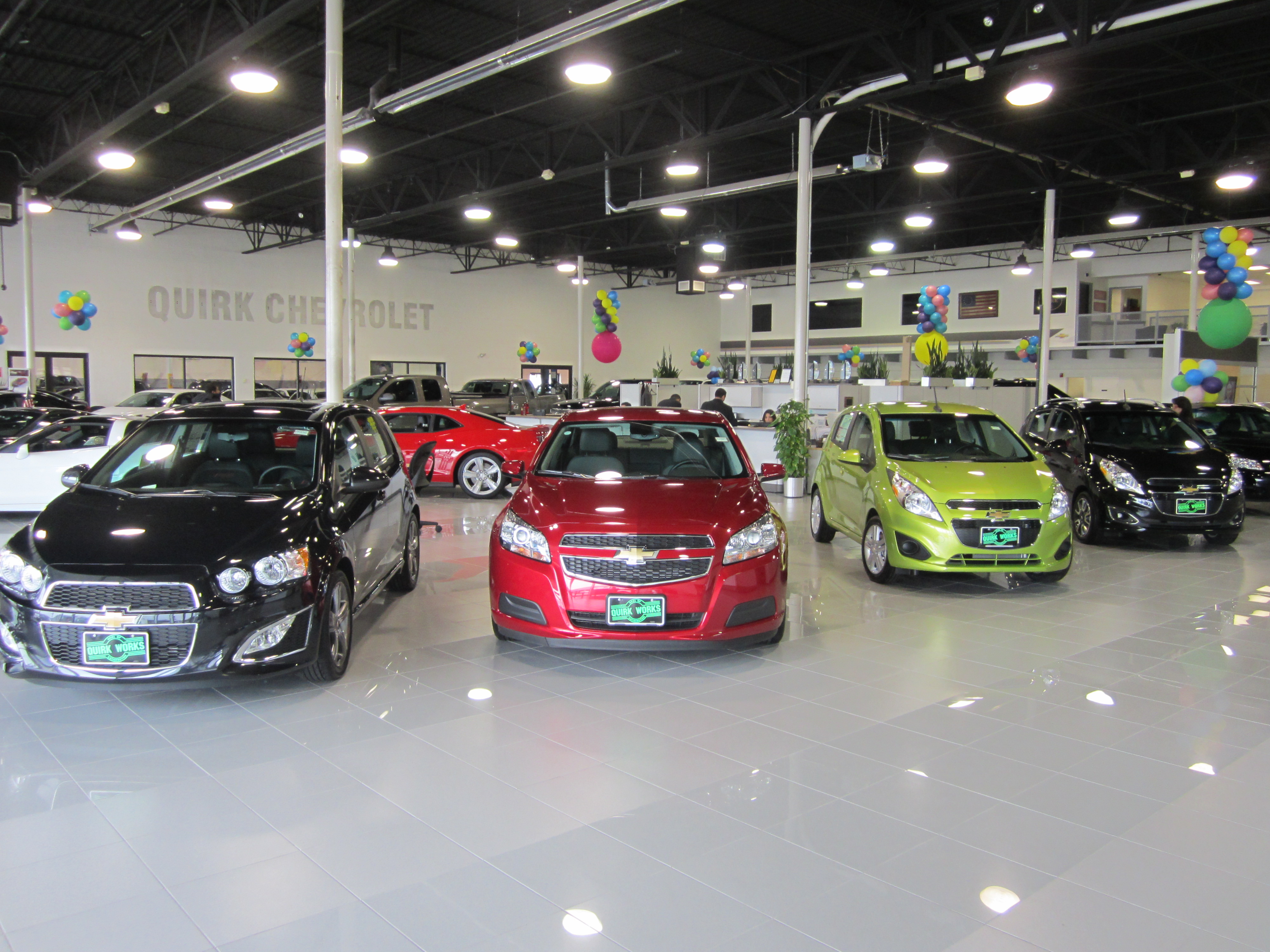 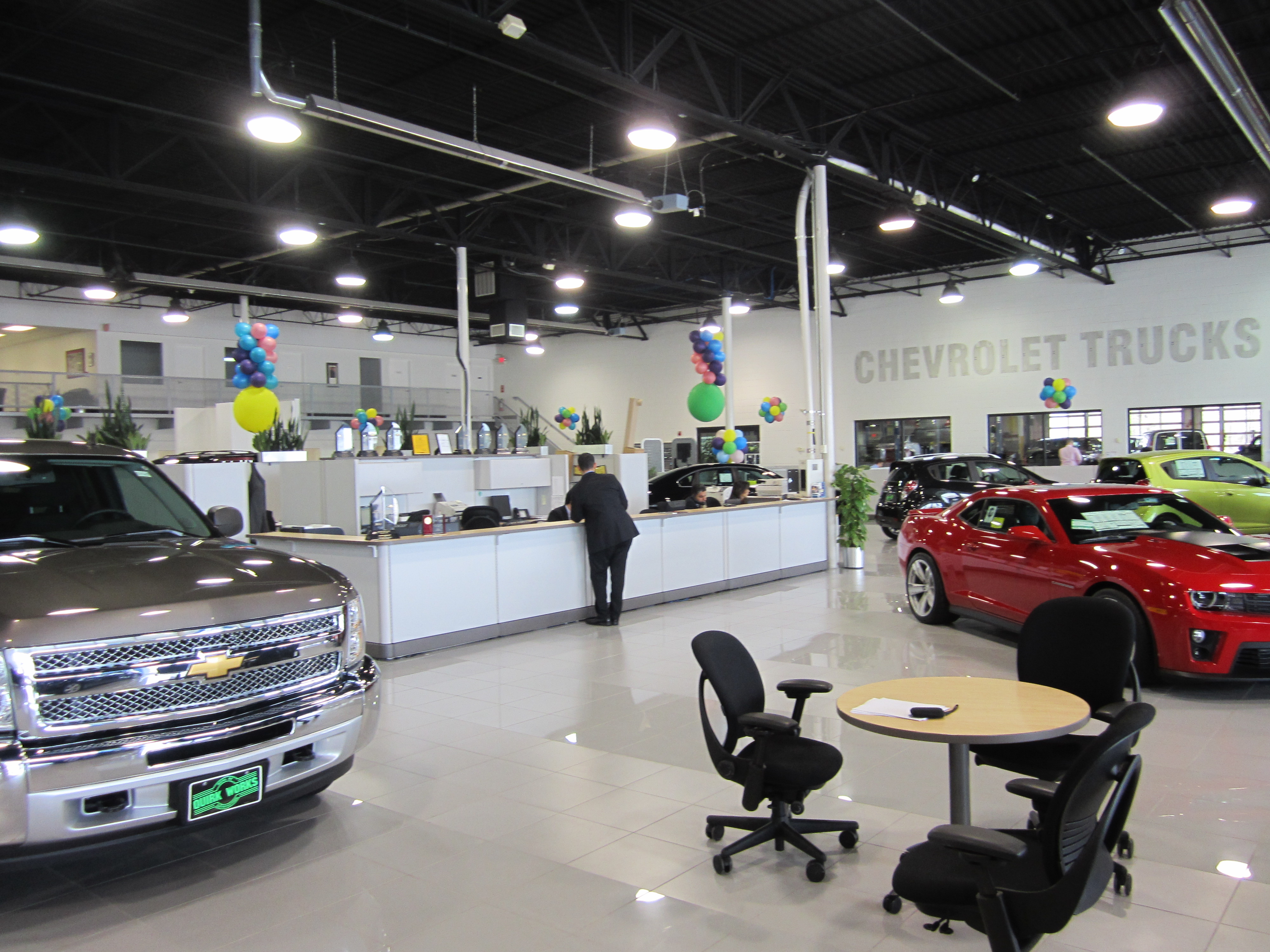 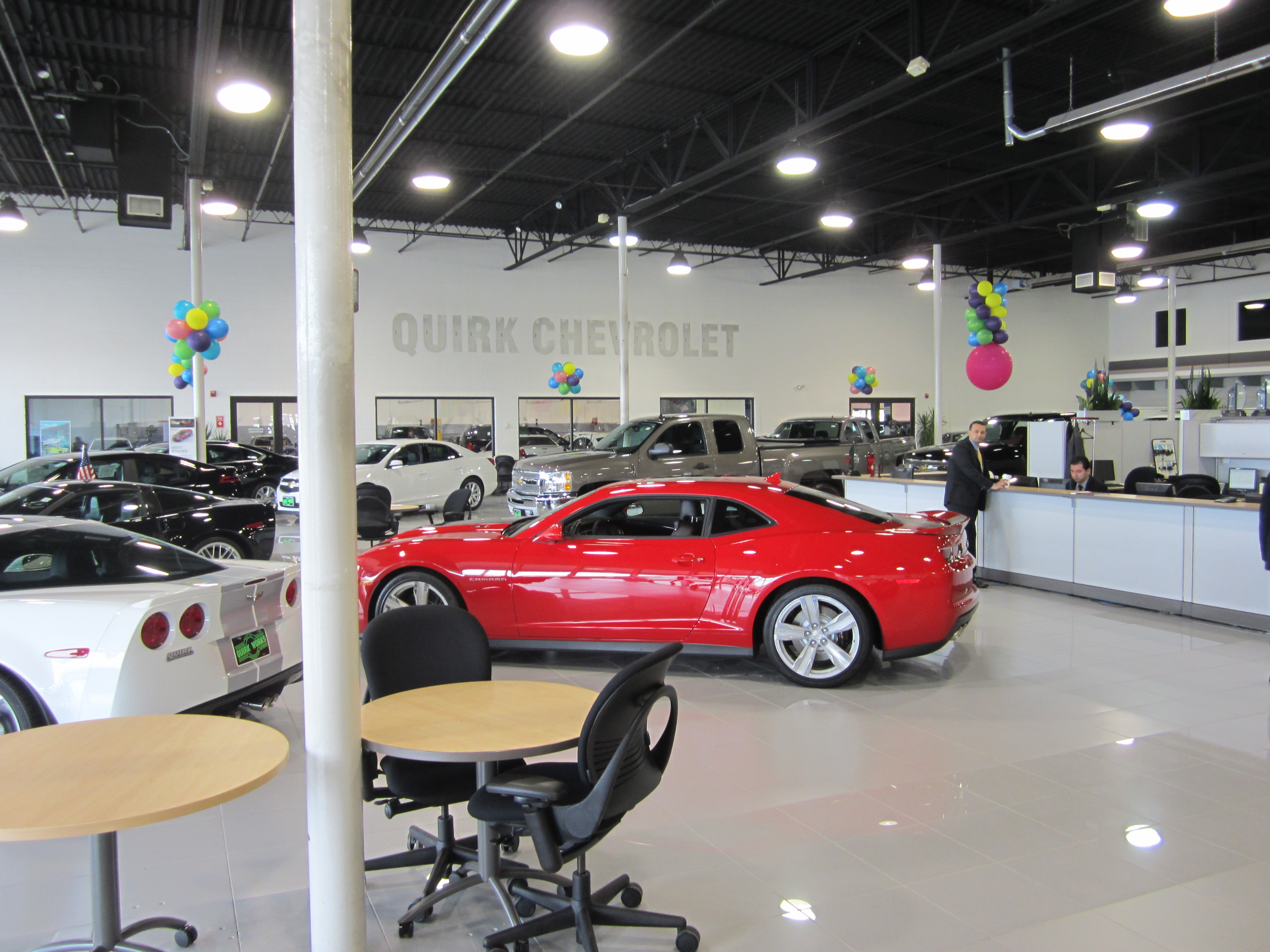 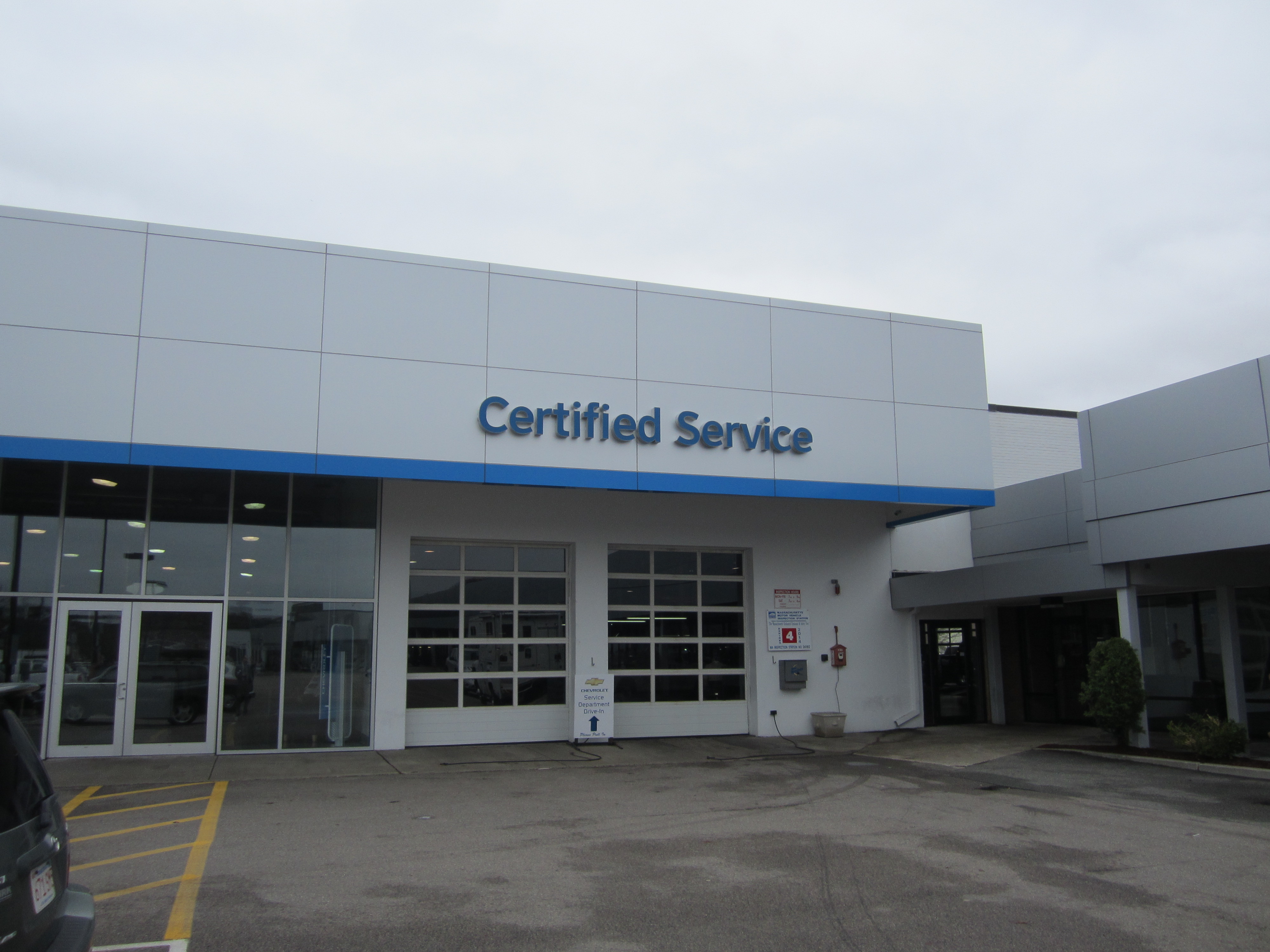 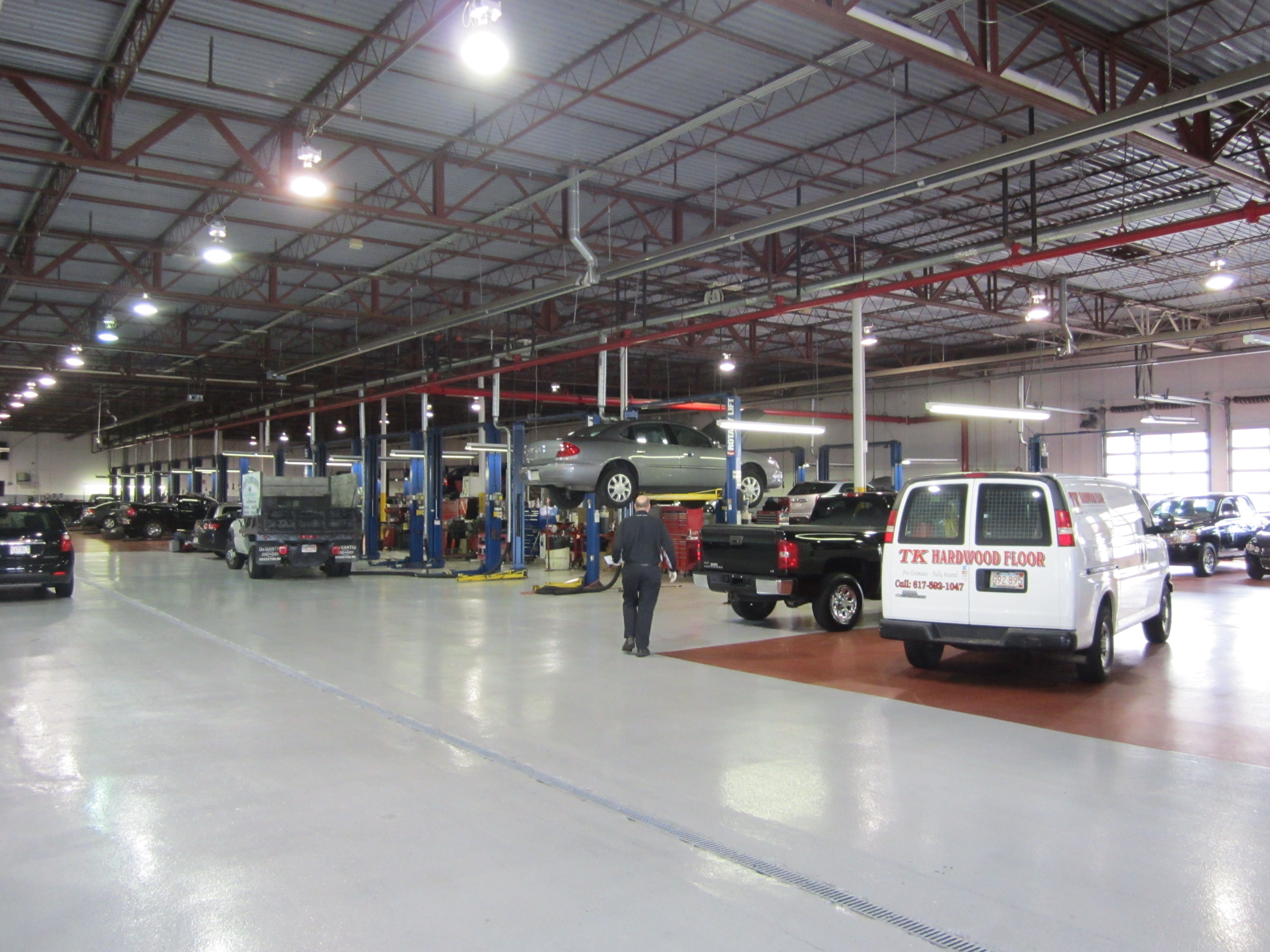 It is wonderful to hear that our team was able to provide you with a great experience! We really appreciate this feedback and we will share it with them. Thank you and if you have any questions about the work that was done please feel free to contact us. The Quirk Chevrolet - Braintree Team

Staff very attentive. Conner was very helpful with his vast product knowledge. He also was able to fullfill all my requests.

Thank you so much for taking time out of your day to share your experience with everyone. We believe in attentive and professional customer service and we're glad that our team made such a great impression on you. The Quirk Chevrolet - Braintree Team

Moenes is true professional and is very caring

Thanks for the kudos! We do our best to ensure nothing but a positive experience for our customers and are glad to hear that was what you received. If there are any other automotive needs we can assist you with, please don't hesitate to let us know. The Quirk Chevrolet - Braintree Team

Final edit: 2 tries, 2 bad experiences. I should have known better after the first car I bought took 4 hours, but the second experience really drives home how little they care about you. Edit: Read the 5 star reviews. The amount of astroturfing they're doing to hide the legitimate bad reviews is staggering. Started with a pricing mistake and got worse. Drove down with an "appointment" to find myself waiting. After 30 minutes with repeated assurances that someone would be right with me, I went to the front desk to ask if, in the meantime, I could go see the car I was attempting to buy that day. Instead of simply saying of course, we'll get someone to bring it around, the front desk got defensive, telling me he was hard at work on my paperwork even as I stood there. Fine. In the meantime, can I go look at the car I'm buying...Nope. Quote: "Are you not happy buying a car from us? If you're not happy we don't want to sell a car to you." Fair enough, in the future, I won't be buying cars from Quirk, as I am not happy with the experience. That was just the first hour. Quirk didn't know how to get the money from my lender, and when I provided the instructions my lender had given me to provide, I was asked to call the lender instead and have them wire the money. When I told the front desk they were welcome to do exactly that, instead I was told again that I should call them and work it out. I don't work for a credit union, bank, or car dealership, of course I don't know how to make this work. I would expect those parties to do so. Several rounds later, and more than 20 minutes on hold with the lender, after insisting I had to get a wire transfer the lender insisted they don't do that, they mail a check the next day. Suddenly the front desk is completely obliging--oh yes, of course, anything is fine, of course that will work. I find myself wondering why I'm involved in this conversation if Quirk doesn't want to tell me all the information up front, or really at all since it's literally someone else's job to make this work, I'm here to buy a car. But wait, there's more. Quirk apparently DOESN'T accept checks mailed next day air, because when it gets there, you email me and tell me you can't accept it, can I please have the lender reissue it in this other way? Why can't QUIRK talk to the lender and ask them that, isn't that their job? No, I call the lender, only to find out no, they can't, and finally get someone who understands that I'M BUYING A CAR, EVERYONE ELSE is involved in getting the paperwork done. She calls Quirk directly, and after Quirk hangs up on HER several times, she finally gets all the way to, she claims, General Manager (though the front desk person's card also said General Manager, so I find myself dubious). The "General Manager" says no we don't take those. Great, so Quirk doesn't take the lender's money and now I have to scramble to figure out how to pay for the rest of the car if I want to drive. But wait, there's more. THEN Quirk misplaces the lender's check. It hasn't arrived back at the lender, though they claim to have mailed it. So now I paid them $10k more, AND I'm on the hook for a $10k loan that I don't have the the check for, Quirk "put in the mail" and the lender doesn't have. No I will not be returning to Quirk. I don't care how much cheaper their cars are than the competition at this point, it is NOT worth how much time and effort I have to spend doing their job for them, and actually getting the price they're advertising.

Rating breakdown (out of 5):
1 person out of 1 found this review helpful. Did you?
Dealer response

We acknowledge your review and are currently looking into the events you've detailed.

I purchased a vehicle two weeks ago from Quirk. At first the car was fine, there was a few scratches that were noticeable and I pointed them out before purchasing but was told those were the only ones and the vehicle was in perfect shape otherwise. After taking it through a touch less car wash, the dealerships wax job washed off showing the car is COVERED in scratches. I had it brought to a profession detail shop for a quote for a paint correction where I was informed the scratches are too deep to be corrected and the vehicle will need to be put into a body shop, I was quoted around $2000 to fix the paint. I reached out to Quirks general manager, because why would I pay $45,000 for a vehicle in this condition? I was informed they will NOT help me and I will be forced to pay out of pocket to fix the problems. So Quirk KNEW the condition of the car, buffed it to make it shiny and hide it, then sold it to me telling me it was in perfect beautiful condition. This dealership should be ashamed of themselves. If you’re looking for a place with good customer service DO NOT go to them. Go elsewhere for sure. I would have never purchased the vehicle if I had known what it truly looked like.

We acknowledge your review and are currently looking into the events you've detailed.

Love Quirk, the ONLY place I've ever bought a car

The experience here is bested only by the prices. I have never bought a new car anywhere else and I won't in the future buy from anyone but Quirk

Thank you so much for your feedback as well as your loyalty. We appreciate building long term customer relationships and we truly value your business. The Quirk Chevrolet - Braintree Team

My wife Michele and I have been coming to Quirk since 2013 because they know how to work with the customer. It's an one hour drive from Grafton Mass to get there but we wouldn't do business with anyone else. Our last experience working with sales manager Sam Dawould was an absolute pleasure. Great dealership!!

Thank you so much for taking the time to let us know how happy you are with your experience, Sheila! Feedback from you is one way we know we are achieving our goals. Let us know if we can assist you again! The Quirk Chevrolet - Braintree Team

June 5, 2020
By Cedrick from Braintree, Massuchusetts

Quirk Chevy in Braintree is the worst dealership period. There only goal is take as much money from there customers as humanly possible. I went there a year ago and had an agreement to lease a Chevy Silverado Truck for only $450 a month. The salesman says alright $450 is good you sign the paper it’s yours. I signed the paper and took home the truck. When I look at how much I owe a month I’m confused because their saying I owe $668 a month as opposed to the $450 we had agreed on. So I take the truck back and tell them there is a mistake. They tell me there is no mistake, you signed the lease paper, we already have your money so we won’t help you. So now I’m stuck paying for this truck that I cannot afford because of Quirk Chevy, and their greedy salesmen. If you want to purchase a car go anywhere but here, unless you actually enjoy being trapped in debt that you cannot get out of.

Providing top-notch customer service is the goal we always strive for, and it appears that your experience does not reflect those standards. We would appreciate the opportunity to hear more about your experience and work with you towards a resolution. Please contact us at your earliest convenience. Sincerely, The Quirk Chevrolet - Braintree Team

Rating breakdown (out of 5):
0 people out of 0 found this review helpful. Did you?
Show full review
Read all 48 reviews