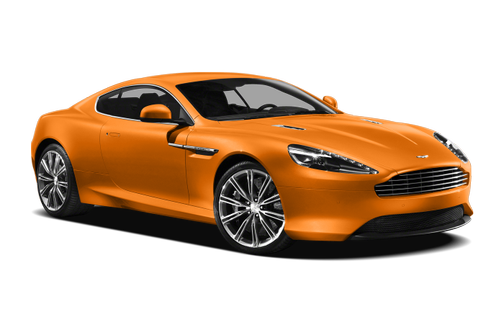 Our 2012 Aston Martin Virage trim comparison will help you decide.

Virage, a French word that suggests a bend or shift in orientation, is the name of Aston Martin’s latest sports car. The Virage slots between the DBS and DB9 and fleshes out Aston Martin’s line of GT cars. With seating for four, it might be cross-shopped against the Ferrari FF — or a nice house, given its six-figure price.

The Virage comes in a coupe and a soft-top convertible, called the Volante.
Exterior
Aston Martin’s familiar six-sided grille sits low across the Virage’s nose; its five aluminum crossbars were inspired by the automaker’s One-77 ultra-exotic. Xenon headlights are standard, and their bezels arc well up the car’s snout-like hood. The C-shaped taillights — another characteristic Aston Martin feature — have silver lenses. Below them, two tailpipes perch above a body-colored lower apron. Exterior features include:

Interior
Inside, the Virage’s leather-ensconced dashboard rakes progressively toward the windshield, with a metal panel of radio and climate controls in the center bound by two leather-bound ridges. The engine’s ignition toggle sits above the center controls, flanked by buttons to engage Park, Reverse, Neutral and Drive. Behind the two rear seats is just 6.5 cubic feet of luggage space; the convertible Volante drops that to 5.4 cubic feet. Both trunks include a mounted umbrella. If you want, the coupe can be ordered with its backseat removed to save weight, leaving a parcel shelf in its place. Interior features include:

Under the Hood
The rear-wheel-drive Virage employs a hand-built, normally aspirated V-12 engine that’s mounted aft of the front axle. Advanced mechanical features include a carbon-fiber driveshaft, as well as carbon-ceramic disc brakes with six-piston front and four-piston rear calipers. Aston Martin says the Virage can hit 60 mph in under 4.6 seconds. Other mechanical features include:

All model years for the Aston Martin Virage 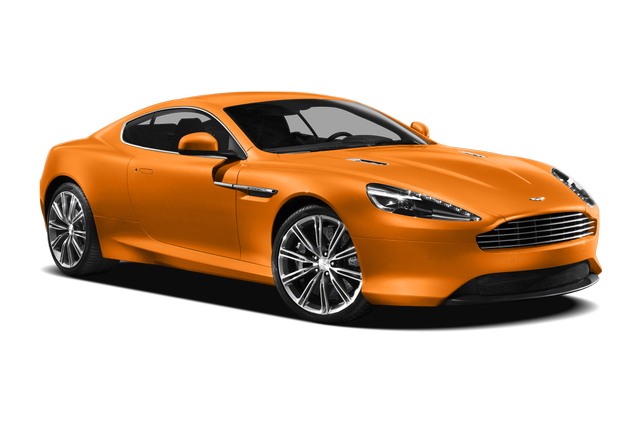 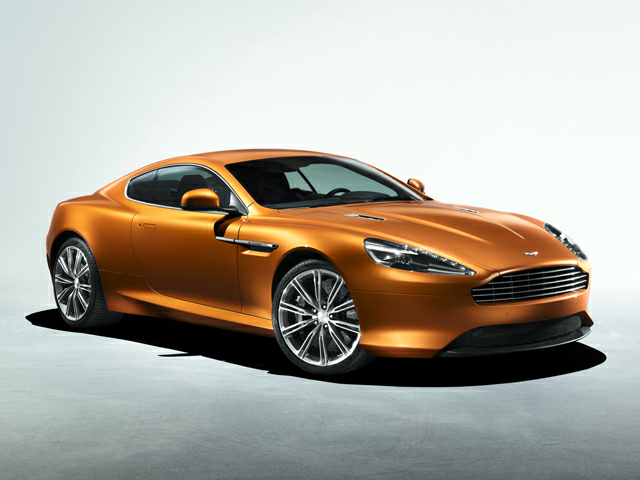 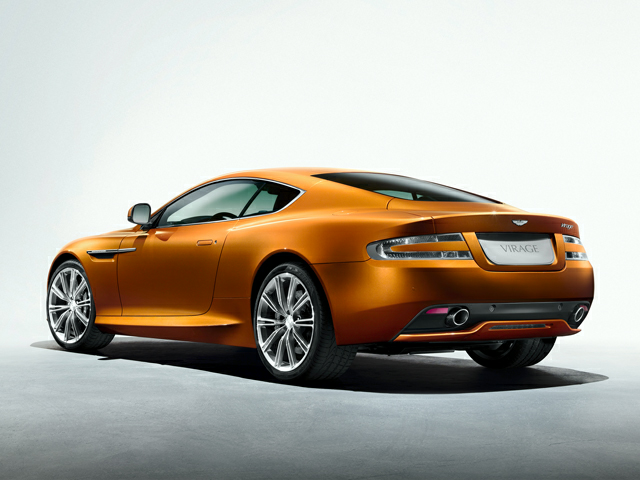 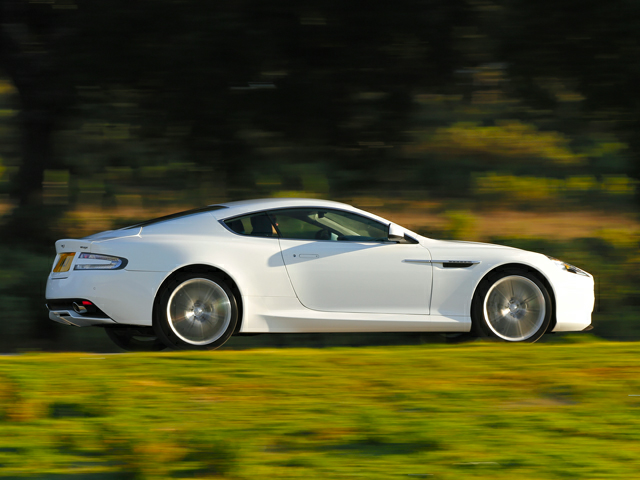 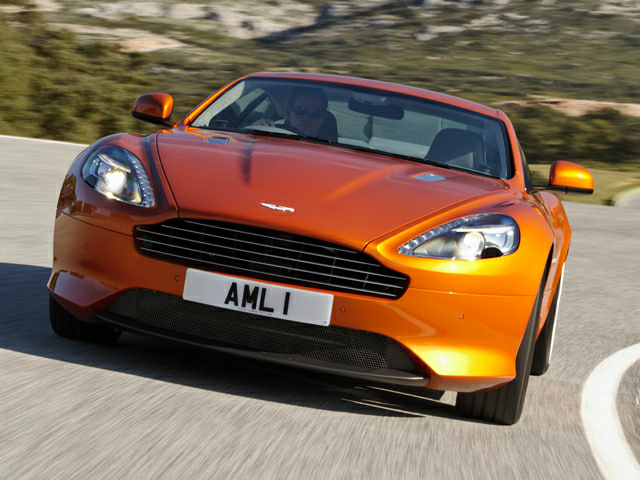 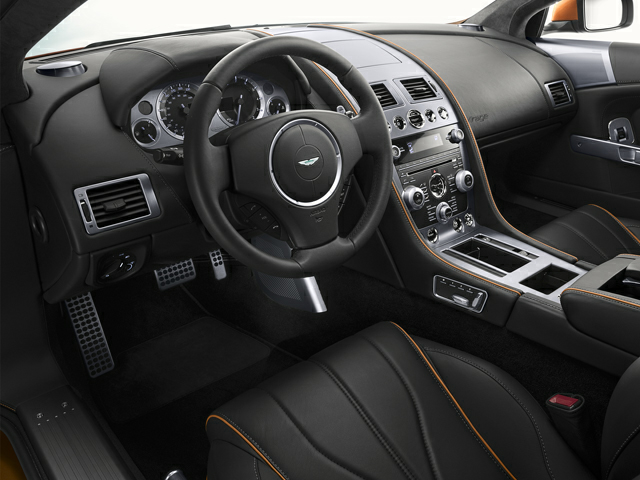 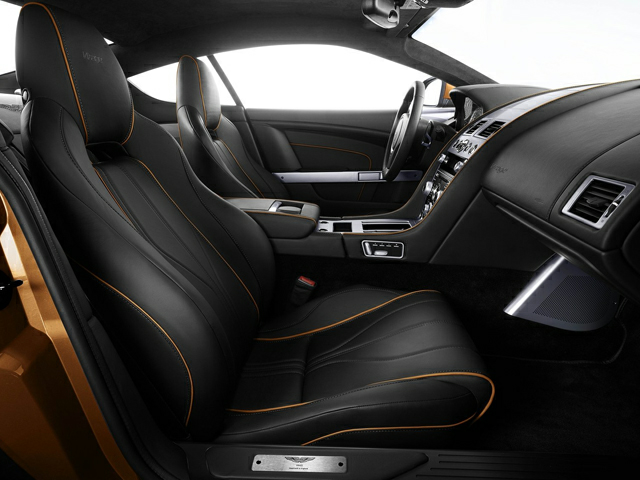 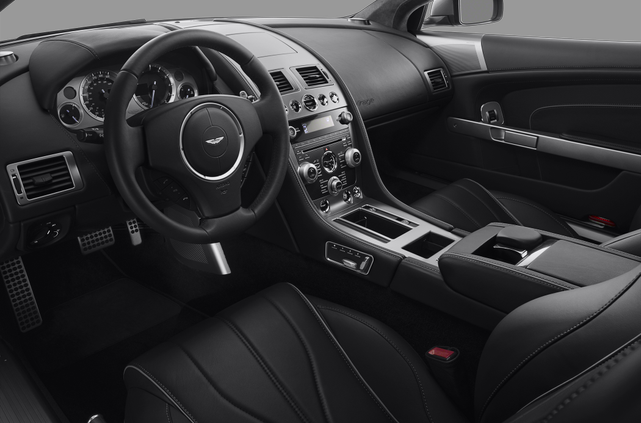 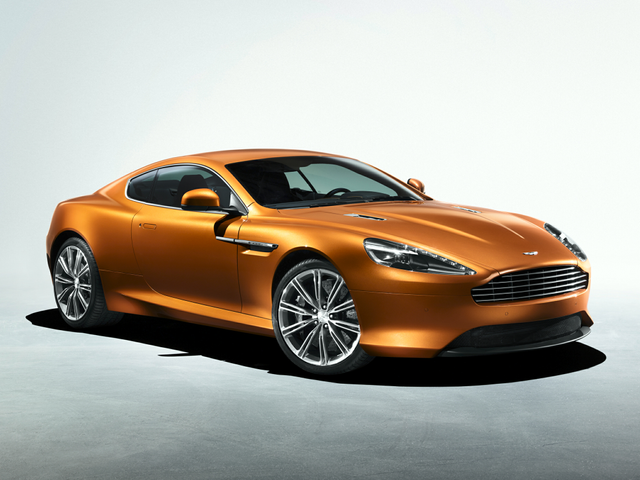 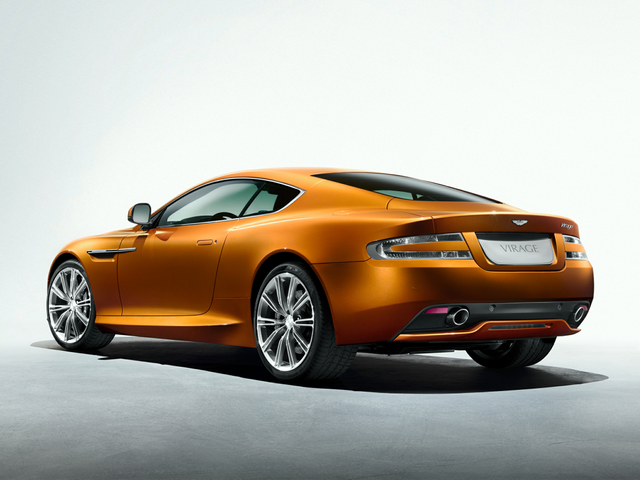 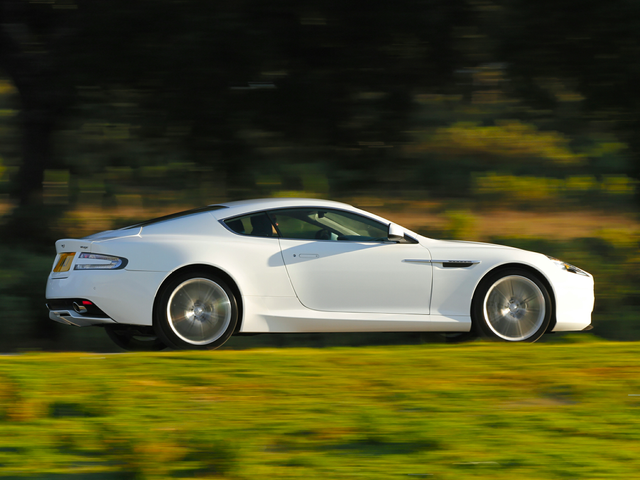 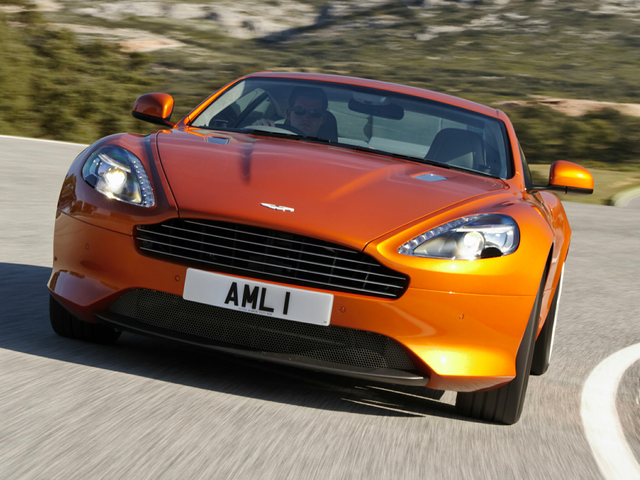 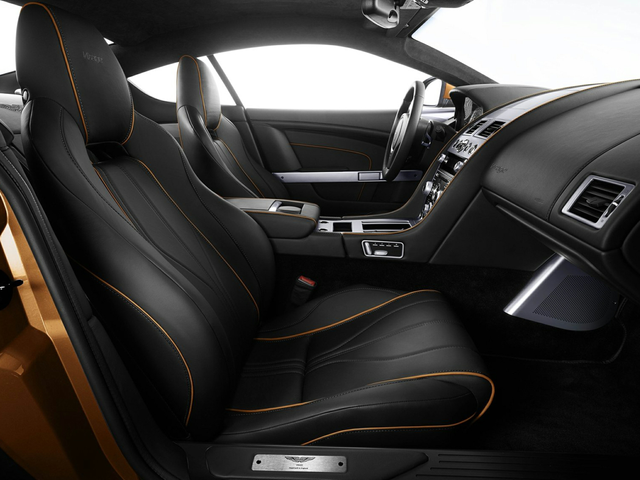