Our 2018 Buick Regal TourX trim comparison will help you decide.

The verdict: Compelling value and impressive utility are the 2018 Buick Regal TourX’s strongest traits, but its cabin materials and driving experience need to be better.

Versus the competition: The Regal TourX costs a lot less than an Audi A4 Allroad or Volvo V60 Cross Country (compare their specs here) and is just as functional (and, in some areas, more so), but its cabin doesn’t feel luxurious.

The Buick brand’s rebirth has been powered by SUVs like the Enclave and Encore, but the all-new Regal TourX gives the premium brand a new body style. With standard all-wheel drive, exterior cladding and a slightly higher ride height than the Regal Sportback four-door hatchback, the TourX adopts some SUV attributes but remains, quite simply, a wagon.

The TourX starts at $29,995 (all prices include destination charges). Our test car was a top-of-the-line Essence trim, which starts at $35,995, but a couple of option packages and special paint pushed its as-tested price to $39,760.

Certain styling cues in the car world have come to signify ruggedness, especially for wagons looking to take on SUVs, and the TourX has them all. There’s gray cladding around the wheel arches, side sills and the lower edge of the bumpers, and an extra 0.6 inch of ground clearance versus the Regal Sportback, making 5.7 inches total. That’s about an inch less than the A4 Allroad and around 2 inches less than you get with a V60 Cross Country, giving the TourX a carlike stance.

The Regal TourX is refined and comfortable overall but not very sporty. Lazy gas-pedal response makes it feel sluggish at times when driving in the city, but it feels stronger on the highway: Floor the accelerator, and the eight-speed automatic transmission quickly kicks down a gear or more, letting the standard turbo 2.0-liter four-cylinder provide strong acceleration.

Suspension tuning is on the firm side, but it’s not overly busy or punishingly hard, and it does a good job controlling body motions — both in corners and when traveling over big rises in the road. Light-effort steering doesn’t offer much feedback.

The engine’s auto stop-start feature isn’t intrusive, but the climate control system’s fan noticeably slows when the system is set to Auto and the engine turns off. Unlike other cars, the TourX doesn’t include an off button for the stop-start system.

Even with its always-on stop-start system, the TourX’s EPA-estimated gas mileage of 24 mpg combined trails the A4 Allroad and V60 Cross Country, both of which are rated 25 mpg combined.

The TourX’s cabin has soft-touch surfaces in most of the right places, and the materials overall look nice enough, but they’re not markedly better than what you get in one of GM’s mainstream models, such as the Chevrolet Malibu. While the Malibu’s interior is nice for its class, the TourX competes against premium models, and it needs richer materials to take them on.

I like the layout, however, of the TourX’s cabin controls. It’s simple and intuitive, with remarkably few buttons in the center of the dashboard. Many functions are accessible from the standard 7-inch touchscreen (an 8-inch touchscreen and a built-in navigation system are options). In addition, there are some screen-related buttons immediately below the touchscreen itself, as well as a small climate-control panel.

The TourX’s front seats are comfortable, and visibility is good for the most part, marred only by a B-pillar that got in the way when looking over my left shoulder to check my blind spot. The seating position, though, will be a deal-breaker for some shoppers. Buick says the TourX has the “usefulness of an SUV,” but it’s missing one of the biggest SUV selling points: a high, commanding seating position. You don’t step up (or even laterally) into the TourX but instead step down, like you’re getting in a regular car, and the resulting view from the driver’s seat is very carlike.

Even so, there’s enough space inside for a family to travel in comfort. The backseat is big enough for adults, with good legroom and headroom.

The touchscreen multimedia system includes standard Apple CarPlay and Android Auto smartphone connectivity in addition to controlling music sources and phone settings, among other things. But it goes a step further than your average multimedia system with its integration of GM’s new Marketplace platform for making in-car purchases and reservations.

The TourX has standard 4G LTE Wi-Fi connectivity for mobile devices, and it also supports the multimedia system’s on-demand entertainment offerings from USA Today, The New York Times, The Wall Street Journal and Fox Sports, among others. You can stream podcasts and news clips produced by those organizations, bringing content traditionally available on a mobile device directly to your dashboard. A limited data trial is included, after which an AT&T data plan for the car can be purchased.

The TourX’s cargo specs are impressive: With 32.7 cubic feet behind the rear seat and 73.5 cubic feet with the backseat folded, it has more space than the A4 Allroad and V60 Cross Country. The Buick’s low liftover height is a plus, but the wagon’s low roofline makes for a cargo area that’s not as tall as an SUV’s. Release switches on the cargo walls make it easy to fold the rear seats from the back of the wagon.

The Insurance Institute for Highway Safety and the National Highway Traffic Safety Administration hadn’t crash-tested the TourX as of publication.

Standard safety features include a backup camera and what Buick calls an active hood pedestrian safety system that’s able to sense an impending low-speed collision with a pedestrian and lift the aft part of the hood 4 inches to reduce the chance of injury.

The sub-$40,000 as-tested price of our top-trim TourX represents a lot of value in the premium wagon class, as both the A4 Allroad and V60 Cross Country start at more than $42,000. Impressive pricing goes only so far, though, and Buick needs to address the issues with the TourX’s driving experience and make the cabin feel more luxurious. Those fixes would go a long way toward enhancing this wagon’s appeal.

This is the best car I ever owned, on the road it is so smooth and quiet Its also very stylish and Buick and GM blew it by not really trying to sell them They should have broght it over from Germany in the GSI trim they would have sold a ton of them

My favorite car ever

December 14, 2020
By Happy Driver from Olympia WA
Owns this car

I love my Buick Regal Tourx. I liked it at first but felt it was too expensive for my budget. However, my wife offered to pay for 1/3 of the cost. So, we bought it in August of 2018. I am 80 years old, so I have owned many cars over the years. Probably around 25 of them. I have had more people praise the styling and classy aura of the car, than all the previous cars, combined! As of December of 2020, my only expenses have been gasoline. The dealer gave me lifetime oil changes. Everything works well. Many folks ask me, "is it a sedan or a SUV or a wagon, or what?" I say that I do not know but I don't care. It serves me in all those ways and features! Best buy I have ever made for reliable and joyful transportation.

Best station wagon I ever owned.

October 12, 2020
By Ron the wagon lover. from Milwaukee WI
Owns this car

The best quiet, comfortable and luxurious ride ever. Great german build quality and looks. I wish it was available with the "GS"engine and trim package and not a discontinued model now.

Rating breakdown (out of 5):
4 people out of 5 found this review helpful. Did you?
Show full review
See all 48 consumer reviews 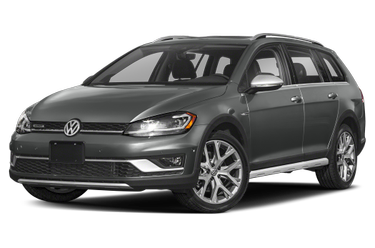 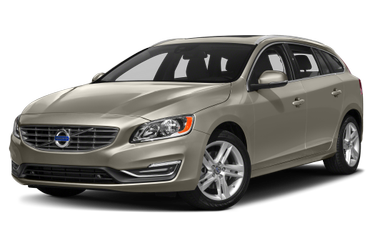 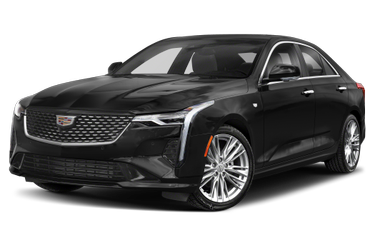 All model years for the Buick Regal TourX 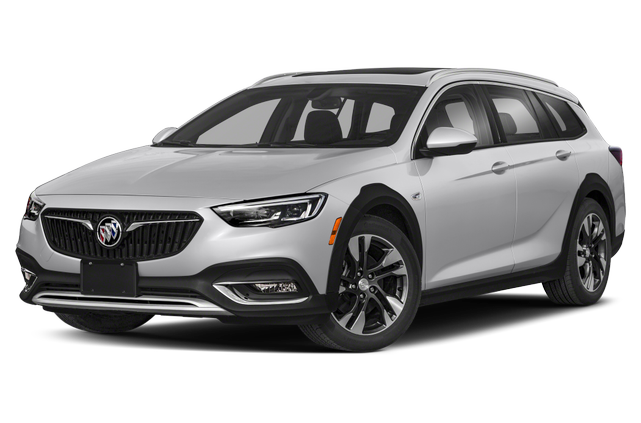 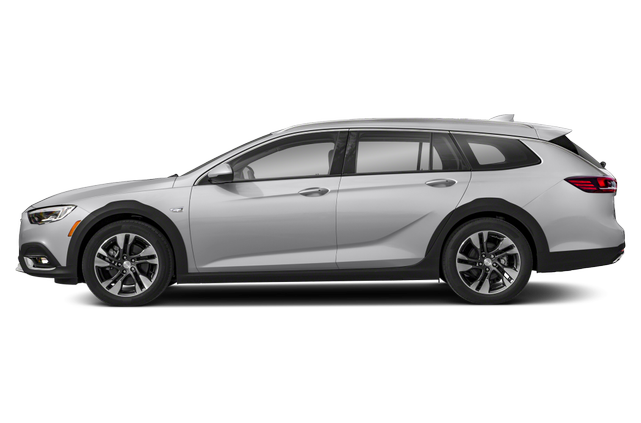 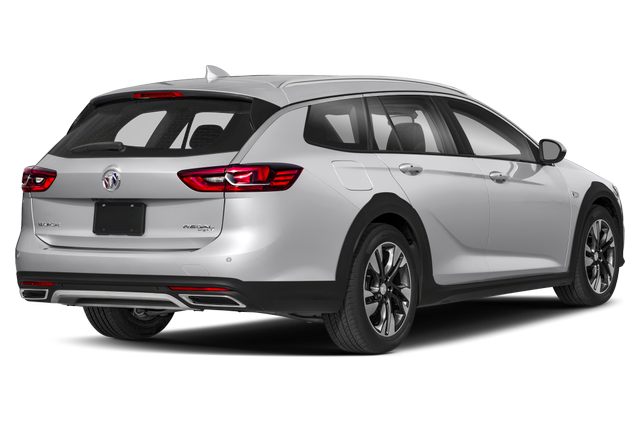 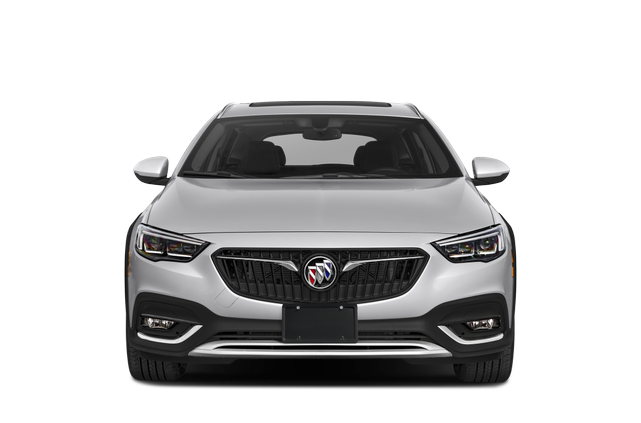 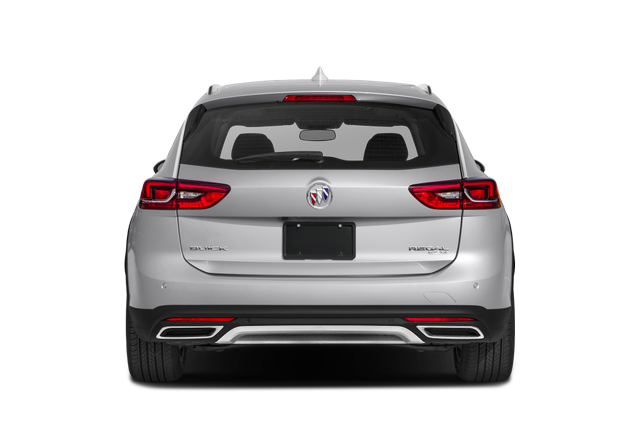 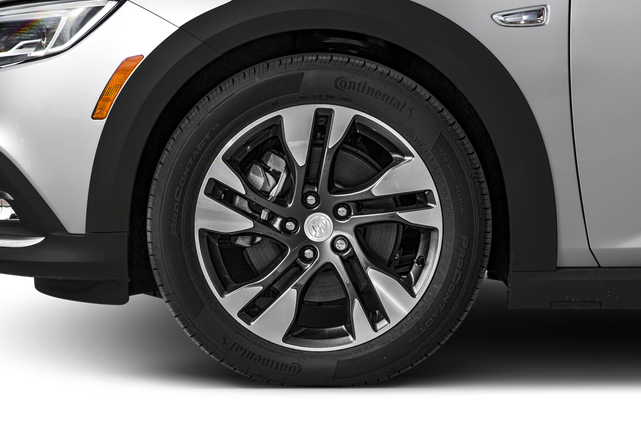 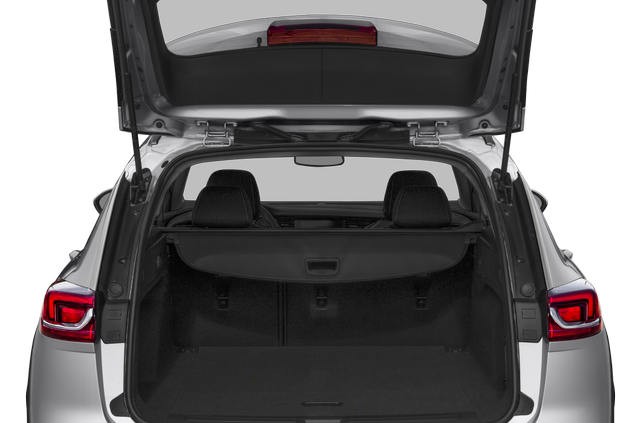 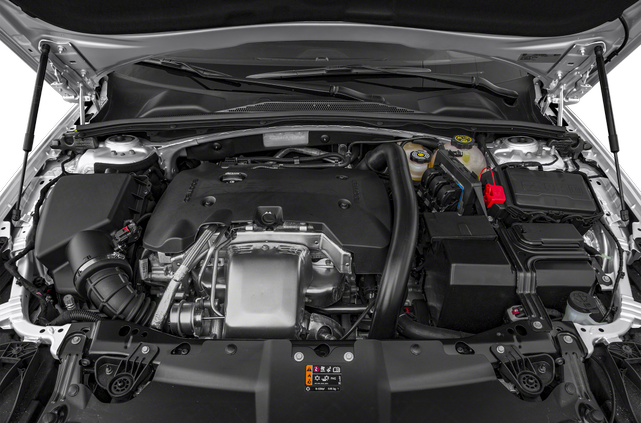 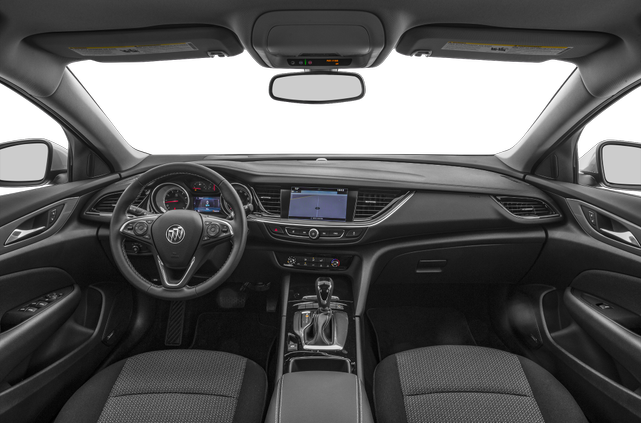 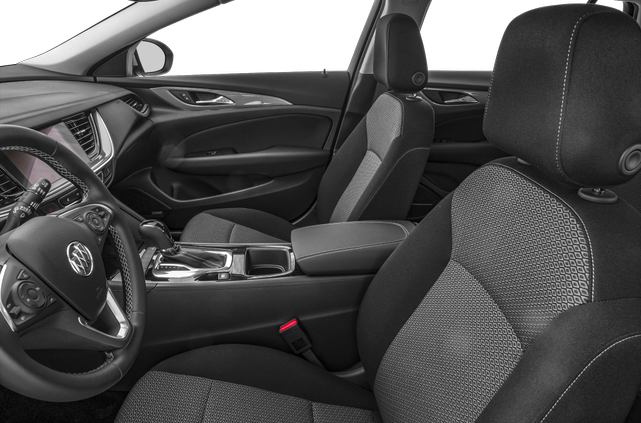 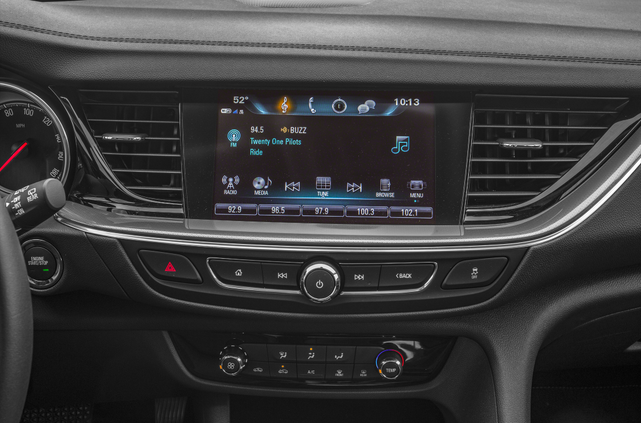 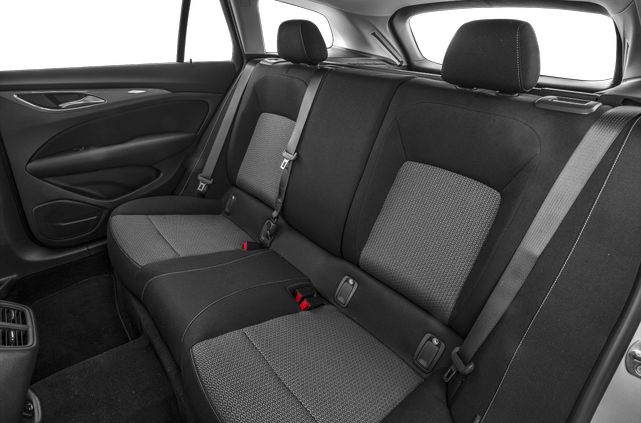 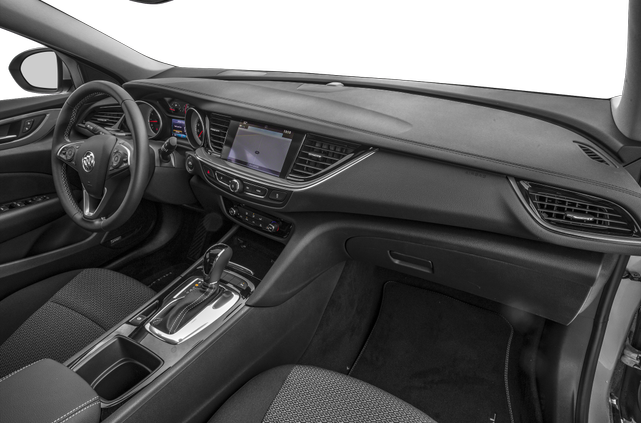 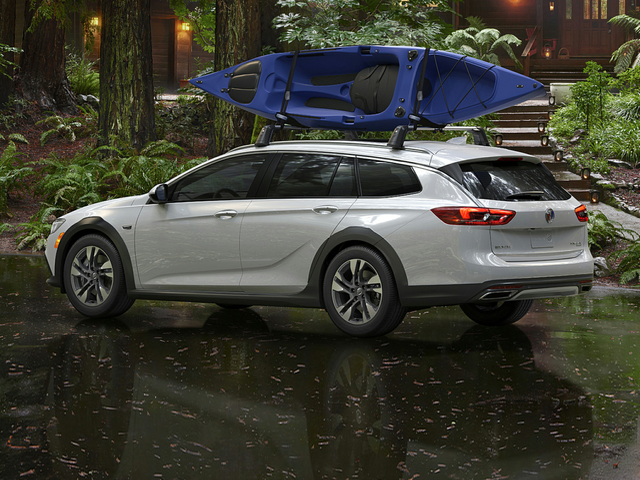 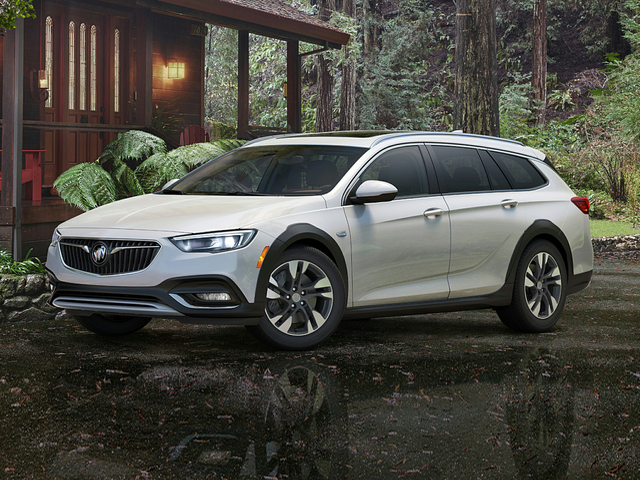 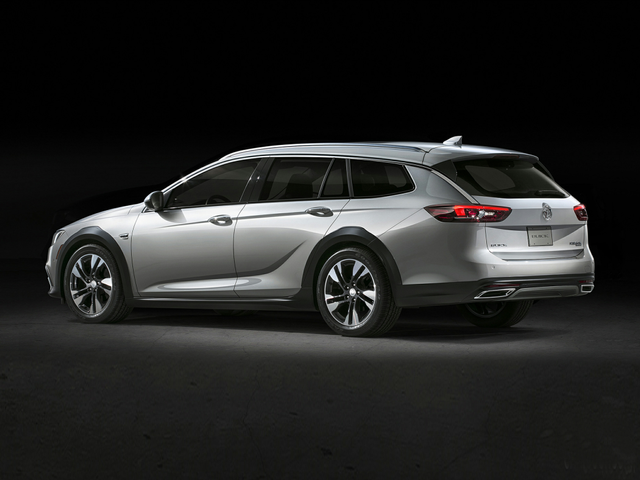 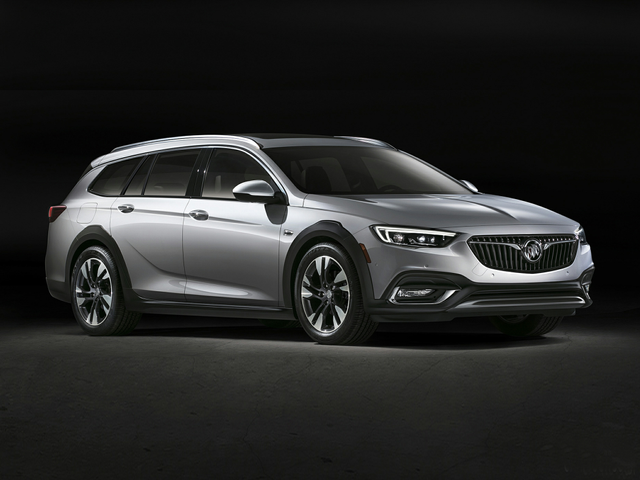 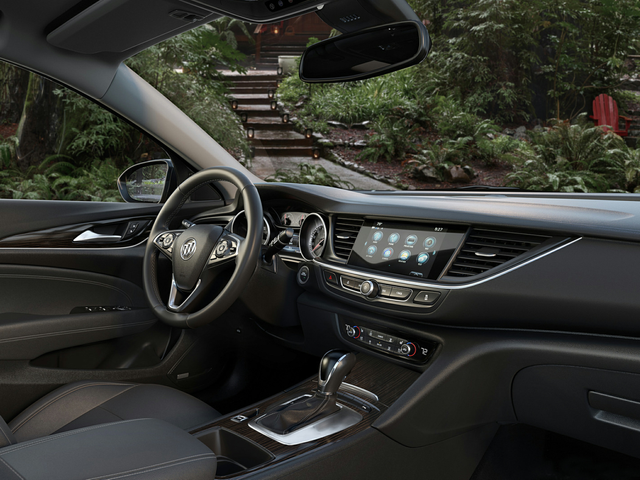