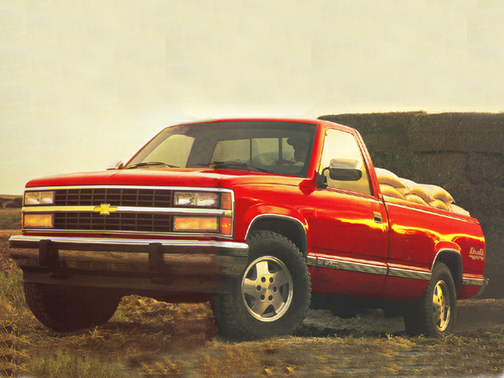 Our 1993 Chevrolet 1500 trim comparison will help you decide.

The distances grew longer, the trucks bigger. Still, I thought I wasn’t hooked. Trucks? Take ’em or leave ’em. No biggie, I thought.

Then, Jodi called. She schedules test vehicles for General Motors Corp. A Corvette ZR-1 was available, “And,” she said, “we have this truck . . .”

There was no logic to what followed. I wasn’t moving anything. No reader had called to demand equal time for trucks and cars; and the truck in question was a Chevy K1500 Fleetside pickup — regular cab, long bed, four-wheel-drive, a big hugga-mugga.

Getting the thing out of GM’s Washington garage would be a chore. Parking it anywhere else in the city would be dang near impossible, certainly inconvenient.

She said nothing; and in her silence, I recognized my addiction. I had become, in the parlance of the auto industry, a “personal user” — an individual who drives pickup trucks more for pleasure than work. Ashamed, I waited until Jodi left before going to collect the keys.

Background: It wasn’t always this way, this “personal user” phenomenon behind the rapid growth of light-truck sales, which includes (vans, minivans, sport-utility vehicles and pickups). Seventy-five years ago, U.S. auto dealers sold one truck for every 100 cars that left the new-vehicle lot. Today, dealers sell one truck for every three cars sold; and truck sales are growing, while car sales are running flat.

Auto makers have responded to the growth of the personal-user truck market by trying to make trucks more like cars. Initially, that effort embraced the obvious — softening truck suspensions, giving truck cabins the auto luxury treatment, that sort of thing. But now, prodded by consumers and the federal government, the personalizing of trucks involves more substantial changes.

Take Chevy’s K1500 Fleetside pickup. New front grille aside, there virtually is no difference in appearance between the 1993 model I drove and the 1994 truck going on sale this fall. Ditto handling and performance.

The real changes are in safety. The 1994 model is equipped with side-door guard beams to help reduce the risk of injury in side-impact crashes. Roll-over roof-crush protection has been improved. Rear-wheel anti-lock brakes, standard in 1993, are standard again in 1994. Also added for the 1994-model year is a seemingly nonsensical “improvement” — a high-mounted rear center stop light on a truck that, by its very high-riding design, already had two high-mounted stop lights.

Complaints: GM could’ve given us a driver’s air bag in the 1994 K1500. It didn’t. In the 1993 truck, instrument-panel glare on the rear cabin window is still a problem. There’s no relief in the 1994’s instrument panel design.

Praise: Excellent overall construction in the 1993 model, and GM engineers say the 1994 body is both tighter and quieter than that of its predecessor. Easy to use, the “Insta-Trac” system lets you shift from two-wheel-drive-high to four-wheel-drive-high at any speed.

Ride, acceleration, handling: Super-smooth ride for a pickup, even lightly loaded. Handling was good; but anyone who thinks the thing handles like a car hasn’t been in a car lately. Acceleration was excellent.

Mileage: Not much. About 15 to the gallon (25-gallon tank, estimated 363-mile range on usable volume of regular unleaded), runningc mbined off-road and highway, driver only.

Purse-strings note: I like the darned truck, but would wait to get the 1994 model with side-impact barrier protection.

Best looking &most reliable truck ever

This truck has everything I ever wanted it looks good & runs good I like the. Paint job and that there is no rust thank you for your honesty

Great truck for a great price

March 6, 2018
By Thcrays from Bowling Green, KY
Owns this car

The truck is 25 years old but that is what I was looking for a backup vehicle. I just like old trucks. They have a character all their own. 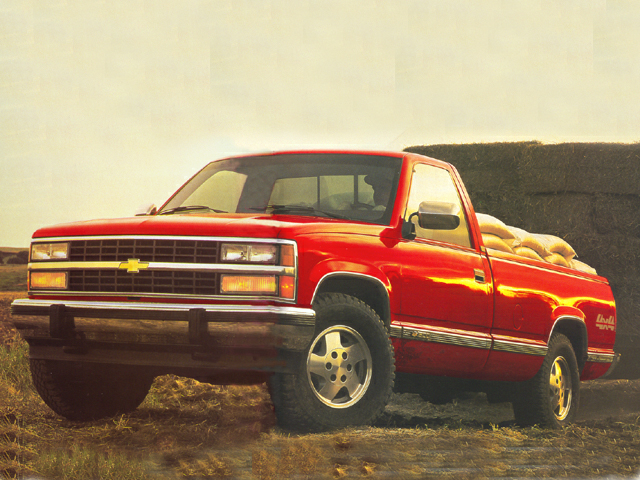 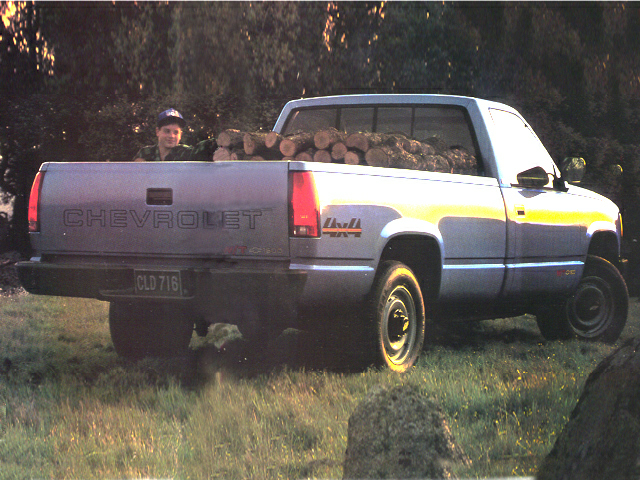