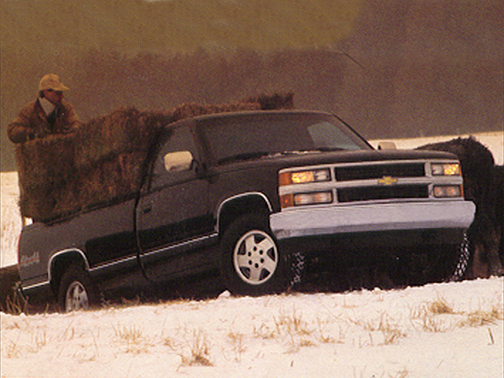 Our 1995 Chevrolet 1500 trim comparison will help you decide.

I DON’T KNOW why Chevy called the truck “Cheyenne.” It wasn’t madeby descendants of the Algonquin tribe of the Great Plains, who arecalled Cheyenne. It wasn’t even made in Minnesota, from where theCheyenne began their 17th-century migration. Nor was it made in Montanaor Oklahoma, where the tribe wound up on reservations. Instead,the big rear-wheel-drive truck, with a crew cab designed to seat sixpeople, was made in Fort Wayne, Ind.

So I checked with some Chevy dealers and General Motors Corp.marketers to find out why they chose to call the truck Cheyenne. No onehad much of an answer.

Some GM officials suggested that the name is meant to signifyboldness, toughness, ruggedness, adventure. The Cheyenne pickup istough, in both its rear-wheel-drive and four-wheel-drive versions. Itcan haul or roll over practically anything.

That being the case, GM could’ve called the truck the Chevy Rock orChevy Titan. But I’m glad the marketers didn’t go that route. Cheyenne– it has a zing to it.

Background: The Cheyenne is one of Chevrolet’s C/K 1500 pickups.The “C” stands for two-wheel/rear-wheel-drive. The “K” denotesfour-wheel-drive, and “1500” means the truck has a half-ton payloadweight.

For 1996, Chevy C/K 1500 pickups with crew cabs will come with anoptional side-access panel, a narrow door that opens up for easieraccess to the rear seats.

Complaints: All trucks ought to come with power sideview mirrors.This one didn’t. That meant getting out of the truck to manually adjustthe mirror on the passenger side.

Head-turning quotient: Intimidating, even when you’re just tryingto be nice. Everything about the Cheyenne says: “Get outta my way!”

Mileage: About 14 miles per gallon (34-gallon tank, estimated450-mile range on usable volume of regular unleaded), running mostlyhighway with one to four occupants and light cargo.

October 25, 2020
By Suburban from Bossier City
Owns this car

This car I bought believe it or not has served its purpose a dozen times. But I think it’s about time I find another considering this one is about to go kaput.

This truck I bought in 2007 there abouts and it was stolen in 2018. Very reliable ur took many trips from Detroit to Memphis. Made some minor repairs and usual maintenance. I miss my truck very much my entire family was sad.looking for another one (ext cab 5.7 v8.) Had 317,000 miles.

Best truck ever had.

I have driven over 35000miles in the last 6yrs very low gas mileage good on power for a 2wd pick up M looking to restore need drivetrain parts! 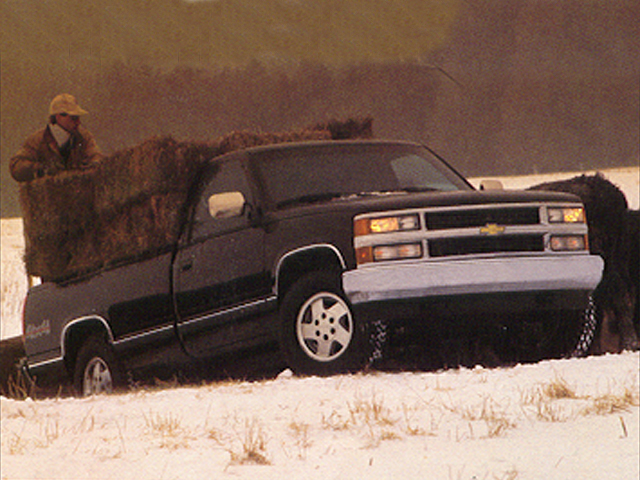