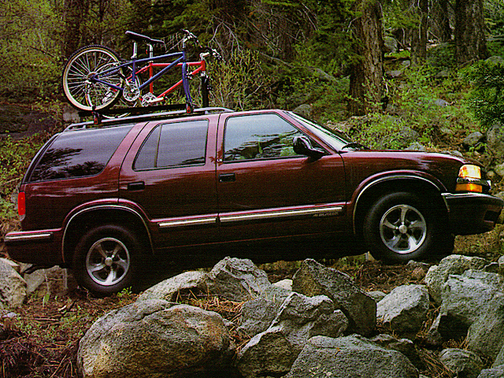 Our 1998 Chevrolet Blazer trim comparison will help you decide.

Kids love to bounce. Whether it’s on a trampoline or a parent’s sofa, it signifies fun.

On the other hand, bouncing up and down in a sport utility can induce motion sickness.

This has been a problem with past Chevrolet Blazers that I’ve driven, and still makes its presence felt on the new Blazer. Some folks won’t mind the bounce, so long as it’s accompanied by a soft ride. Still, the Blazer does have a lot to recommend it.

This year, the folks at GM sent the Blazer away for a face-lift. The results aren’t dramatic, but the new grille, bumpers and minor trim tweaking give the truck a fresher look.

The biggest change is on the inside, where the previous clunky-looking dash has been replaced by a more modern iteration. Although the dash is very busy visually, it is actually fairly easy to find and operate everything.

Under the domed hood of the dash rests a complete set of gauges, including a speedometer, tachometer, voltmeter, and temperature, fuel and oil pressure monitors. Nice. To the right rests the AM/FM-CD player. Typical of the GM family of audio systems, it provides good sound and excellent imaging. It rests just above the climate controls. Three rotary knobs do the job efficiently. The cassette player was mounted very low on the dash, so low as to be almost useless. Placed above the center console (with its bountiful storage) is a place for the trip computer-compass, sunglasses and home-link transmitter, which will open your garage door among other things.

The interior is also kinder to your posterior. The previous seats had all the support and comfort of a pile of telephone books. The new front buckets, while not perfect, are a whole lot better suited for long hauls in the saddle, despite their somewhat flat shape. Leather and heated seats are optional.

If there’s any problem with the interior, it’s the hard plastic that makes up the fascia of the dash, which feels chintzy. It doesn’t mate evenly with the rest of the dash, something common in Chevys. It looks misaligned even though it’s not. There’s a large grab handle on the right side of the dash, something that wouldn’t be very pleasant to hit in a crash, although dual air bags are standard, so this might not be a concern.

A nice touch was the cargo shade in the back. Rather than being mounted parallel to the seat, it was mounted along the left side of the vehicle. It retracts into a hard plastic housing to keep it from getting tangled or mangled. Very thoughtful.

While it looks new, there’s a lot that’s familiar. Thankfully, Chevy’s strong 4.3-literV6 is still powering this truck. One hundred ninety horsepower and 250 foot-pounds of torque provide plenty of motivation. Although somewhat agricultural when power is asked for, it settles down nicely when cruising. Mileage was at the high end of average for the class, slightly less than 16 mpg.

Handling is about the same as well. That means quiet c ruising, but plenty of body lean through the corners. Yes, the bouncing is still there, but with seven different suspension options, (three on the four-door, four on the sportier two-door) this can be quelled. However, expect ride quality to be firmer. Grip was fairly good in the test vehicle, which was shod with Michelin tires. Still, the back end can bounce about a bit when in two-wheel-drive.

Braking, another formerly weak area, is drastically improved. This year, Chevy fitted the Blazer with anti-lock disc brakes all around. Pedal feel is still numb, but that’s not unusual for this class either.

Power is fed through an electronic automatic transmission that shifts as smoothly as President Clinton at a press conference.

The four-wheel drive system is an easy to use part-time system, activated by dash-mounted buttons. Full-time all-wheel drive is unavailable, even as an option.

As improved as this vehicle is, there are some irritants. The wheel seemed r luctant to turn to full lock when four-wheel drive was engaged. The seat belts snagged when trying to put them on. The car emitted a loud groaning noise when first started or turned off. Most seriously, the car just quit without warning while trying to back up. There was no stumble or stall — it just quit. It never happened more than once, but it wasn’t confidence-inspiring.

Previous samples of this vehicle have been well built, so this was a surprise.

In summary, there’s little doubt that the new interior will help give this vehicle some new bounce in a hot segment of the market.

Just make sure your kids don’t bounce on the seat.

Exactly what I was looking for!

I have been searching for a Blazer in this condition for a year. Great vehicle! Only drawback is poor gas mileage. Best mid sized SUV ever made.

I love these vehicles they have always pulled me out of whatever I have got myself in to lol. When I first started driving and still even now wonderful vehicles! 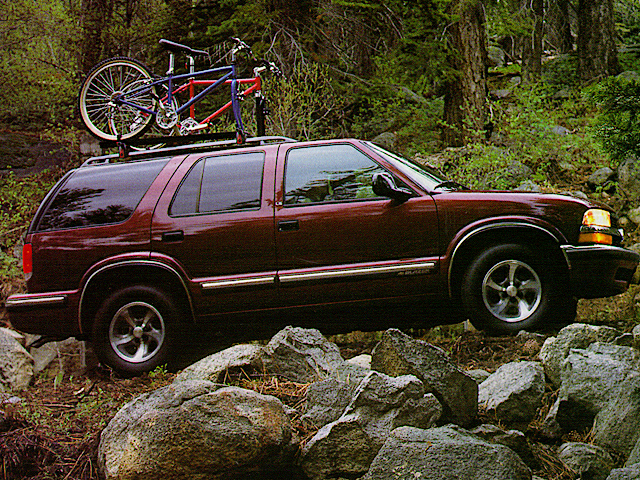 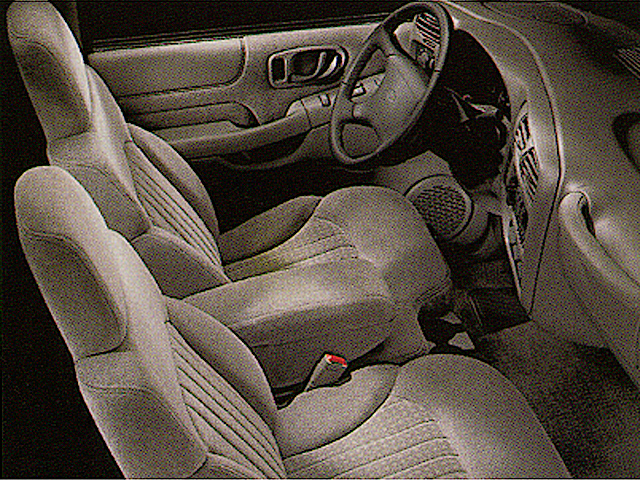