Our 2000 Chevrolet Malibu trim comparison will help you decide.

The Chevrolet Malibu is a nice little car – emphasis on little. The thing that struck me immediately was how cramped it seemed, for a nominal mid-size car, the class inhabited by such as the Camry and Accord, Stratus and Altima.

To be sure, it has the requisite volumetric dimensions to accommodate 115 cubic feet worth of Ping-Pong balls and thereby meet the Environmental Protection Agency’s definition of a midsize. But for this admittedly outsized driver, it felt narrow and confining. And that illustrates a point I’ve made before – you have to go beyond the numbers and actually “try on” a vehicle to know how it’s going to fit you.

I’ve driven subcompacts that I could live with; not so the Malibu. Part of the problem, I believe, was having a somewhat wide console between the front buckets. Eliminating that might have made it feel a little less confining. The tilt steering wheel is a must.

It should be noted that the trunk – which counts in the calculation – is an exceptionally large 17 cubic feet. Still, to a more normative-sized person, Malibu could be just the ticket. It’s a competent car and packs in a lot of value for the price, although there have been reliability issues.

The back seats of this four-door sedan are fairly easy to access and tolerably accommodating, though the claimed three-across seating would be unreasonable for folks over 10, about like tourist class on an airliner. Let’s call it a “young-family” car.

The Malibu is at that point in its life cycle (the present platform was introduced in 1997) where the kinks have been worked out and the tooling amortized, so General Motors can concentrate on refining it and packing in the “content,” while holding the price down, to make it more appealing than its more sophisticated competitor s.

Prime example: For 2001, both the base and LS Series come solely with a V-6 engine, which represents a step-up option in most other stores. It’s not some exotic multi-valve, multi-cammed firebreather, but rather, the hoary 3.1-liter derivative of the ancient 2.8-liter overhead-valve mill. Suits the purpose, though, using only regular unleaded and making 170 hp @5,200 rpm and 190 foot-pounds of torque at 4,000. That’s good enough to produce 0-60 times of a tad more than 9 seconds, which is just sufficient for this class. Coupled with the standard four-speed automatic transmission, this powerplant was comfortably potent merging onto freeways and when passing on two-lane roads. The exhaust note was muted except under heavy throttle at higher rpms. The engine, despite the rather high torque peak, produced adequate amounts of power in the lower rev ranges, so it didn’t cry to be mated with a manual five-speed, which few people in this category would want.

EPA ratings are 20 mpg city, 29 highway. In fairly leisurely cruising on the freeway and some back roads, I measured 23.6, which would give a fairly decent range despite the smallis h 14.3-gallon fuel capacity.

The LS treatment gets you a bit of eyewash and trifles like a cargo net and “wood-like” appliques, along with more substantive items such as cruise control, power windows, fog lamps, electric remote outside mirrors, body-color instead of black rocker moldings, aluminum wheels instead of steel, remote keyless entry and a greatly enhanced stereo. The standard audio unit is AM-FM only, while the LS’s standard equipment is an AM-FM-CD-cassette rig.

The first impression one gets when turning over the engine is, alas, unfavorable. The starter motor has a nasty, raspy sound and is insufficiently isolated. A trifle, per but it gives a false impression of what is to follow.

The transmission shifts smoothly and quickly, but the lever is located on the center console and there is no readout for what gear has been selected. To deactivate the fairly long-legged overdrive (0.68:1), one must drag the lever into third. An electrical actuation is far easier. Even third provides little compression braking, but second is high enough to serve the purpose on moderate downgrades at slower speeds.

The power-assisted steering was surprisingly heavy for a car of this sort, although that may be deliberate, to keep drivers from getting too frisky. Steering response was fairly linear and predictable, although I felt it was a bit slow. The car held a line well on freeways, but tended to follow road contours a bit too faithfully on country roads.

Ride quality was good overall, even on nasty, neglected pavement. Lots of compliance is built in, and anti-roll bars front and rear keep the Malibu well-planted in less-than-extreme maneuvers. When hustling along a stretch of road on which county officials obviously don’t live, I felt a modest amount of chassis flexion, but there were neither squeaks nor rattles to hint at loose construction.

The tires this year are more than adequate 205 – 60s on 15-inch wheels. They’re of a “touring” construction in which traction takes a back seat to comfort. They were a bit skitterish on wet surfaces, typical of the breed, and didn’t knock me out with their stopping distances, either. The brakes are discs front, drums rear, and they felt somewhat mushy and vague. Their antilock adjunct, however, did its job well.

The interior of the Malibu is pleasant, neither cheap-looking nor pretentious, although I always wonder why the designers feel a nameplate is required on the dash.

The tester had the $125 gold package, which replaced the exterior chrome trim with a particularly hideous yellow material. It also had a $1,320 “preferred equipment group” consisting of a rear deck spoiler, electric moonroof and leather seating surfaces. The spoiler’s only raison d’etre is to make the shape slightly less generic; at least it doesn’t stick up enough to hinder rearward vision.

The LS’s stereo had good tonality and reasonable clarity, with middling tuner sensitivity. It and the air conditioning controls were well-positioned.

In the National Highway Traffic Safety Administration’s crash testing, a 2000 Malibu got four stars (out of a possible five) for driver and co-pilot survivability in a frontal impact. It also got four stars in the side-impact tests for the rear seat, but only two for the front seats. The competitors all do better in that test. Consumer Reports rates the 2000 Malibu worst in class for reliability, a category led by Camry and Accord.

With the goodies enumerated above, the tester came to $21,320, with freight.

Worse design ever, why build something to fail.

my mechanic replaced water pump, the water bottle you call a radiator cracked, the head gasket then blew only got 1000 miles $1500 later. walking again

The problem with overheating is usually due to having more water than antifreeze in the system. (Antifreeze is also a Coolant.) A quick fix for this is turning on the AC, which makes the 2nd cooling fan start up. We are an older couple with no automotive experience but have managed to diagnose and perform all necessary repairs (except harmonic balancer) ourselves by using the Hayne's Manual. We are pushing 400k miles (original motor & transmission) and have only recently found it struggling to climb mountains. This is in spite of the many delayed maintenance procedures, only about 3 or 4 actual tune-ups, traveling 1000s of miles while seriously overloaded, and quite often pushing it beyond the intended limits in every way (and in the harsh environments of TX & AZ). I used the single star rating to inform those looking for potential problems by reading bad reviews. This car is amazing as long as it hasn't been worked on by mechanics who think they know it all.

June 7, 2020
By Daily commuter from Las Vegas
Owns this car

I bought this car when I was attending college. It now has about 250,000 miles on It and everything still works. Air is cold, it passes smog check year after year. It is by far the most reliable car I have ever owned.

Rating breakdown (out of 5):
3 people out of 4 found this review helpful. Did you?
Show full review
See all 25 consumer reviews 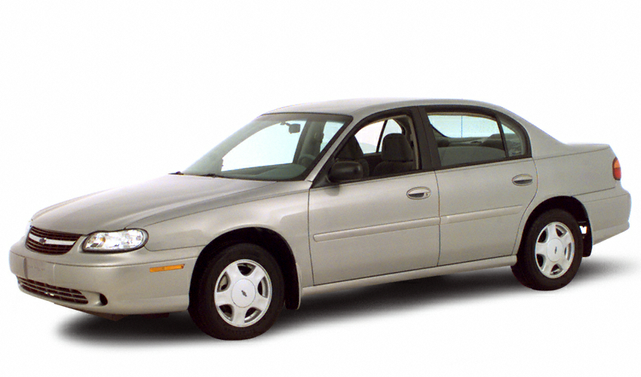 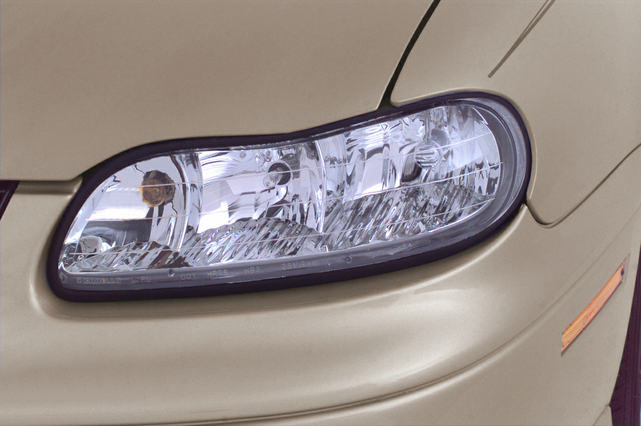 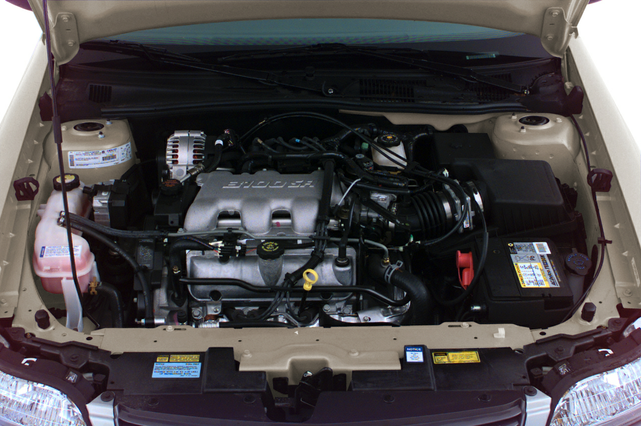 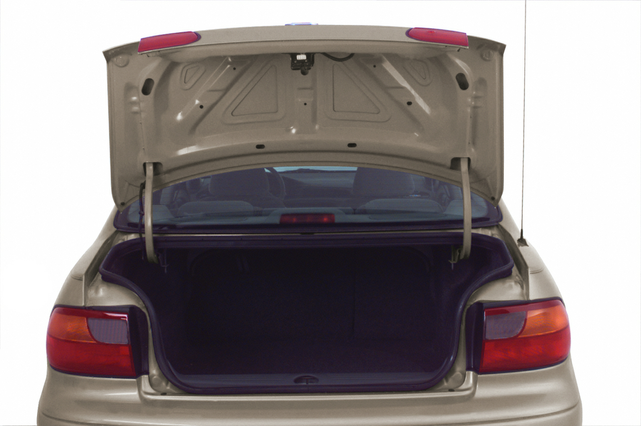 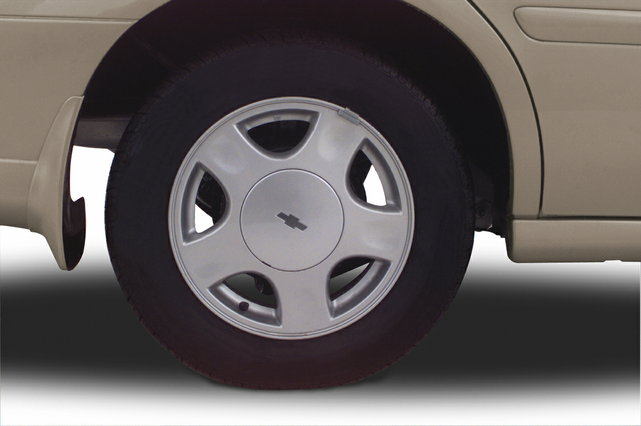 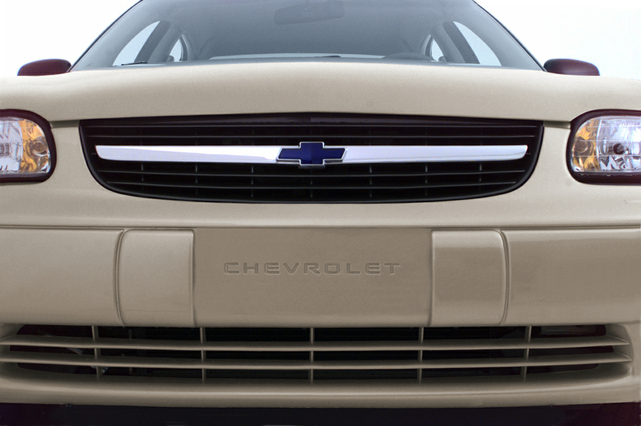 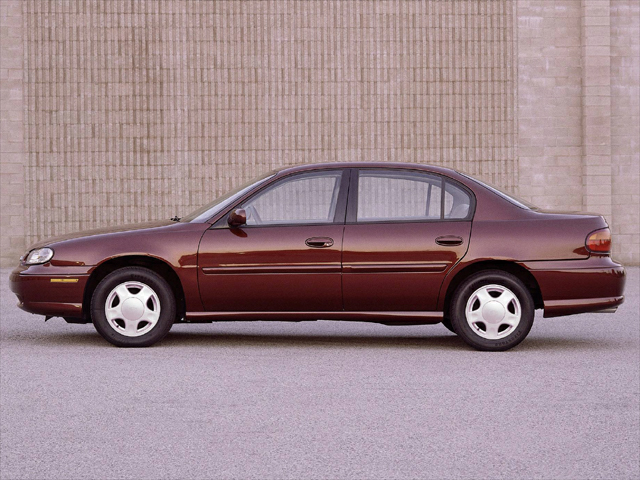 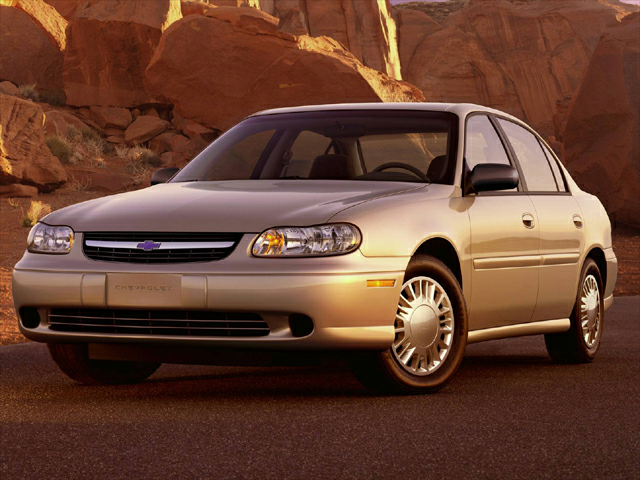 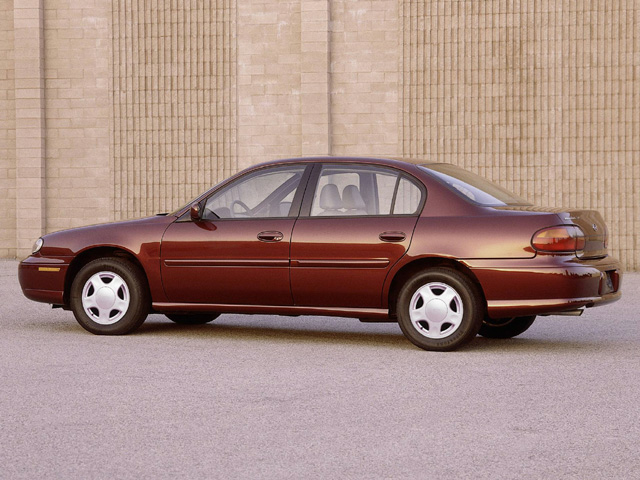 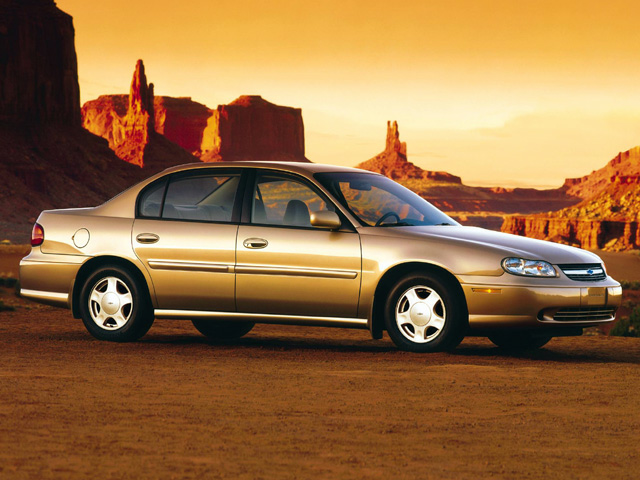 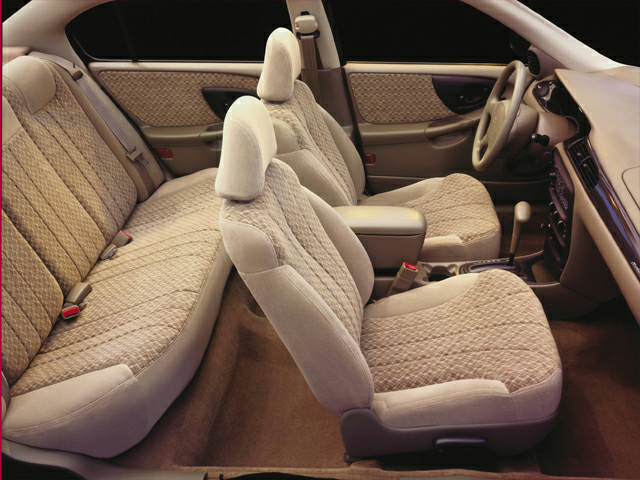 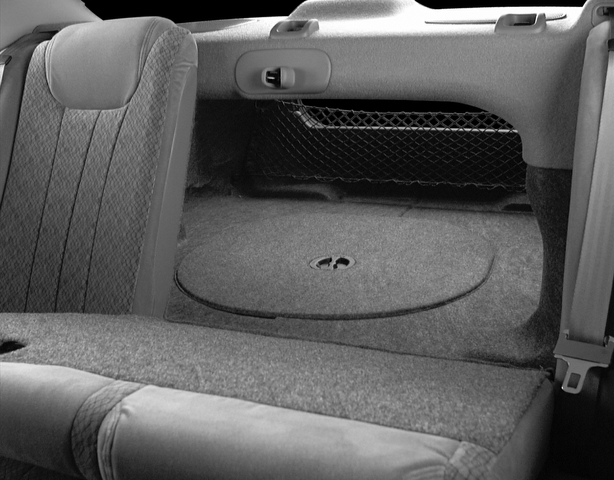 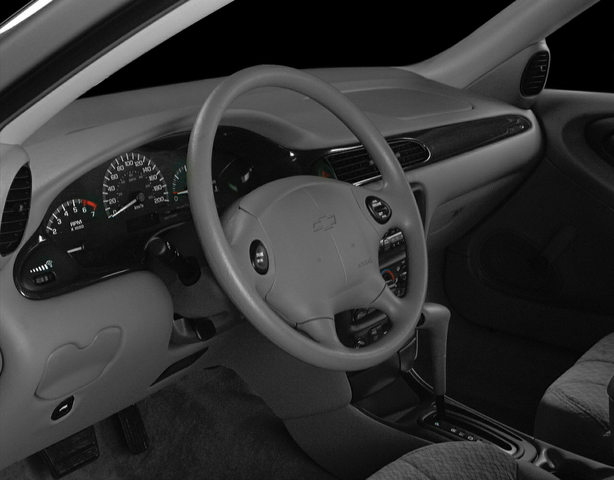 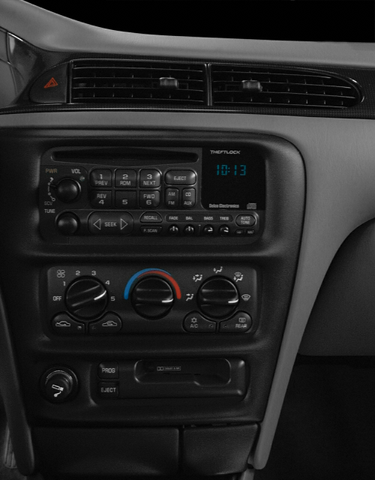 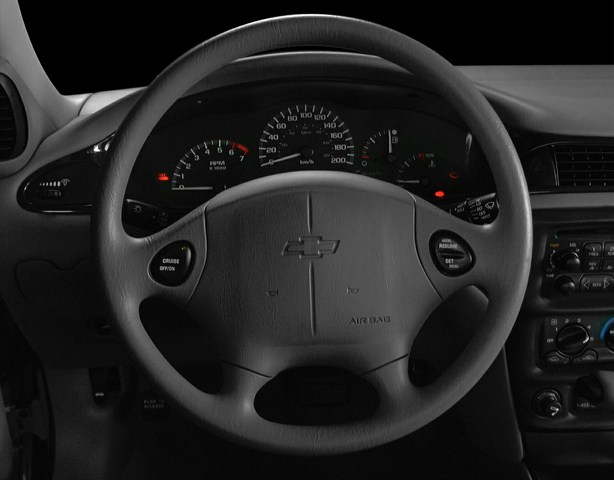 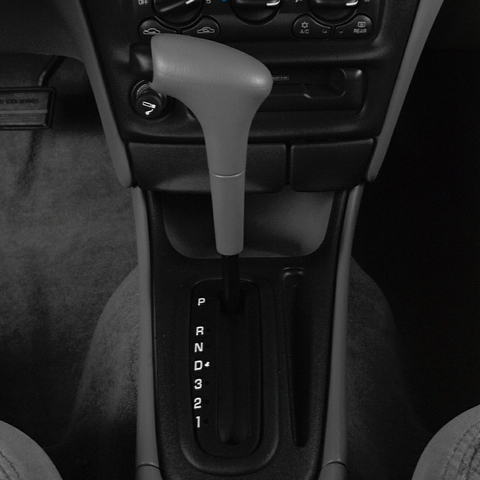 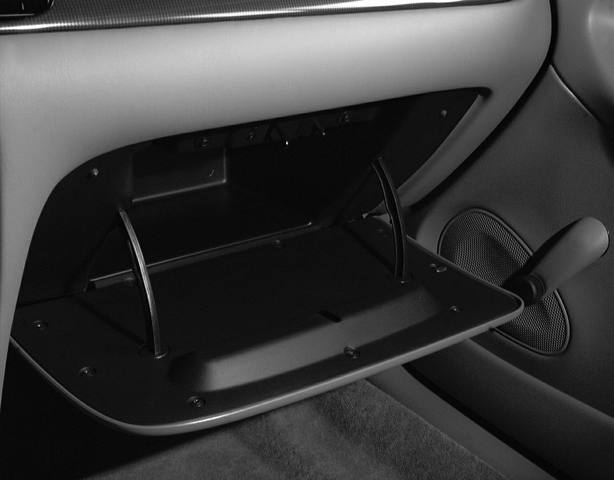