Our 2002 Chevrolet Monte Carlo trim comparison will help you decide.

Yes, perhaps it is. She was looking at my 2002 Chevrolet Monte Carlo SS Dale Earnhardt Signature Edition car. It’s black and has a number “3” on the side, which was, of course, the number of Dale Earnhardt’s black NASCAR Winston Cup Monte Carlo. The car Earnhardt was killed in during the last lap of the 2001 Daytona 500.

So, the question is: If you drive the official Chevrolet Monte Carlo SS Dale Earnhardt Signature Edition car to the 2002 Daytona 500, is it a tribute to the fallen hero, or is it just, well, morbid? In the word of one detached observer at a gas station?

Ours is not to reason why: Ours is just to drive around Daytona and compare hearty honks and enthusiastic thumbs-ups to puzzled frowns and the slow shaking of heads.

Honks and thumbs-ups win by a landslide.

This is, of course, a genuine salute to the power of marketing by two masters, NASCAR and Chevrolet. The vast majority of NASCAR fans know that the 2002 Chevrolet Monte Carlo street car has as much in common with the 2002 NASCAR Monte Carlo as Madonna has with the Madonna, but they don’t care.

Earnhardt’s race car had a 750-horsepower V-8 engine, with a carburetor. It had a manual transmission. It was rear-wheel-drive. Every piece of the body was crafted from aluminum by the technicians at Richard Childress Racing in North Carolina, which built all of Earnhardt’s Monte Carlos.

Still, people honked and gave it a thumbs-up. After all, it is a nice car.

The SS package adds features such as the OnStar satellite-linked emergency communications system, a side air bag, a slightly stiffer suspension and 16-inch performance tires, mounted on alloy wheels.

The Earnhardt package adds the “3” and an Earnhardt signature decal to each side, plus red Chevy bowtie emblems embroidered onto the front headrests, special floor mats, an “Intimidator” decal on the back, RCR (for Richard Childress Racing) decals on the side, an RCR and a number “3” on the speedometer, and a couple of other things I probably forgot. There is nothing added that is performance related, so the car is no faster or slower than any 3.8-liter-powered Monte Carlo. Which means it isn’t very fast.

Of course, it’s fast enough to drive around Daytona Beach. Its wide, elbows-out stance looks kind of intimidating, and it’s low enough to the ground that you have to be careful pulling out of driveways and parking headfirst against a curb, lest you crack some of that plastic. The 3.8-liter V-6, which was described as “venerable” 10 years ago, is, if nothing else, proven.

Chevrolet is sensitive about seeming to cash in on tragedy. looking as though they are cashing in on tragedy. The company is quick to point out that this special edition was pitched to Dale, who owned his own Chevrolet dealership, long before he died.

“When we started discussing this project with him,” says Kurt Ritter, Chevrolet’s general manager, “he took it as an honor to have his legendary status commemorated with such a special vehicle.”

Chevy offered up a statement from Dale’s widow, Teresa Earnhardt: “Dale was proud to have such a longstanding association with Chevrolet and the Richard Childress Racing Organization. I know that Dale would be pleased to know that his dream has been fulfilled.”

Actually, this dream was fulfilled several times. Dale Earnhardt Chevrolet, his dealership in Newton, N.C., issued a few Earnhardt special editions, including a Lumina – that was the car he raced before the Monte Carlo made a comeback – and a Z28 Chevrolet Camaro.

As for the 2002 Earnhardt Edition Monte Carlo, Chevrolet also says that it will make a donation for each one sold to the Foundation for the Carolinas, a charity selected by the Earnhardt family. How much of a donation hasn’t been announced.

All this does not keep others from hoping to capitalize on the car’s presumed collectible status, since Chevy is building only 3,333 of them, starting last October and continuing through this March. Of the test car’s $29,750 list price, $3,100 of it was for the Earnhardt package.

During Speedweeks at Daytona, a couple of Earnhardt Signature Edition Monte Carlos were offered in separate classified ads in the Daytona newspaper – one for $42,000, and one for a wildly optimistic $70,000. There are a couple on Ebay – one with a starting price of $35,000, the other $55,000. No bids yet.

Not surprising, since some are still available at dealers. The typical markup seems to be about $3,000, but since there were only two Monte Carlos in the top 10 at the 2002 Daytona 500, that may shrink a bit.

Assuming you were able to buy one of the 3,333 2002 Chevrolet Monte Carlo SS Dale Earnhardt Signature Series cars for sticker price or close, exactly how long you would have to wait for it to go up in value is unclear. A 1993 Earnhardt-edition editon Chevrolet Lumina with only 148 miles on it, purchased new from Dale Earnhardt Chevrolet and sporting a dashboard that was actually signed by Earnhardt, has been on Ebay since Feb. 11, and eight days later had not received a single bid, though the minimum was just $12,000.

In other words, as an investment, it has performed about like my 401(k). But you can’t drive a 401(k) to the infield of Daytona International Speedway and be saluted by beer-drinking men sitting atop Winnebagos in lawn chairs, can you?

Some things, you just can’t put a price on.

September 4, 2019
By MonteMama from Augusta, ME
Owns this car

Chevy has proved itself to be my favorite, most reliable car so far, but I love my Monte Carlo. Power everything! Plenty of room for everyone's comfort. Drives like a dream. Great on gas. I love driving this car!

Best all around vehicle

June 1, 2019
By TheFlyingIrishman from Sheboygan, WI
Owns this car

This car is an awesome combination of sporty performance, fuel efficiency, great styling, and comfortable driving. It's great for long or short trips. Plenty of trunk room for just about anything you can put in it.

Chevrolet ownership is a wise choice

September 21, 2018
By Chevy Lady from Clearwater, FL
Used to own this car

Reliability. The only issue I had with the 2002 Monte Carlo was with the ignition. It ended up on recall but I already had the ignition replaced. In doing so, the problem was only partially resolved. On the plus side, I never worried that anyone would steal it even with it unlocked with the key in it. If you didn't have the key in the exact needed position while in the ignition, it would not start. I even had mechanics declare I needed a new battery or new starter before I would get in, do my magic and start it on my 1st attempt. I turned many a man's head.

Rating breakdown (out of 5):
5 people out of 5 found this review helpful. Did you?
Show full review
See all 29 consumer reviews 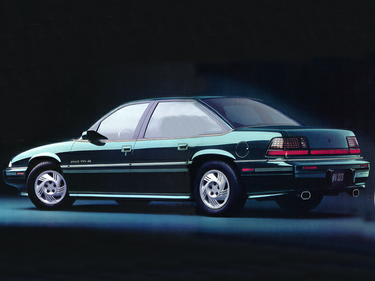 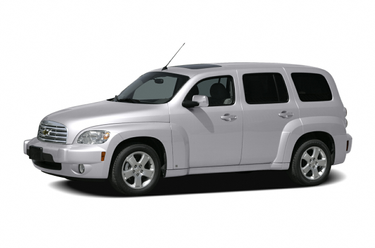 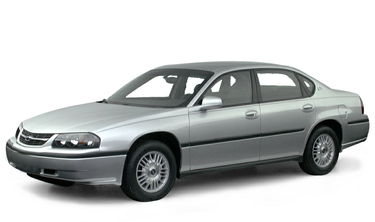 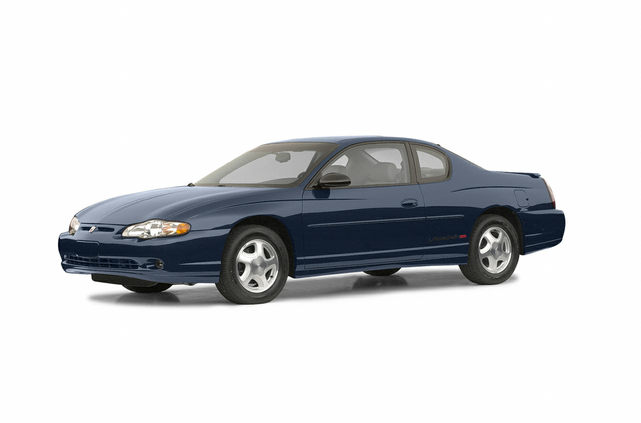 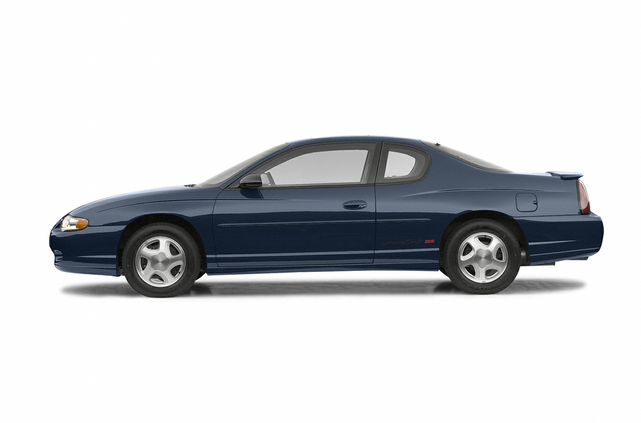 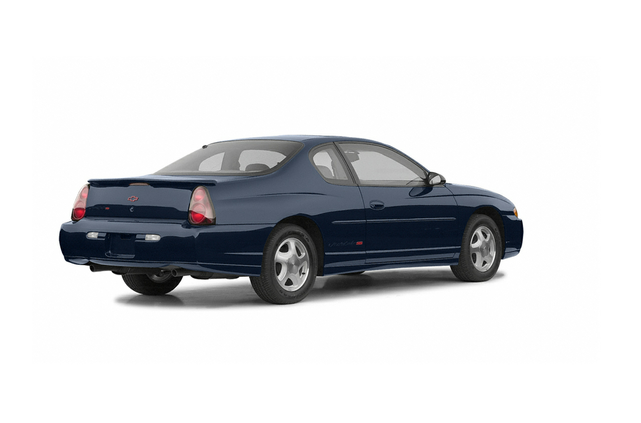 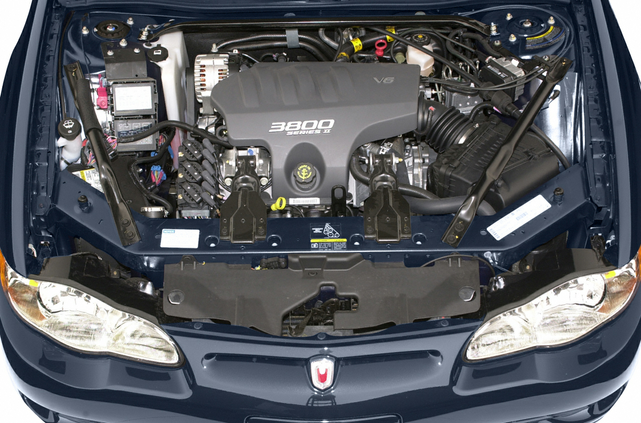 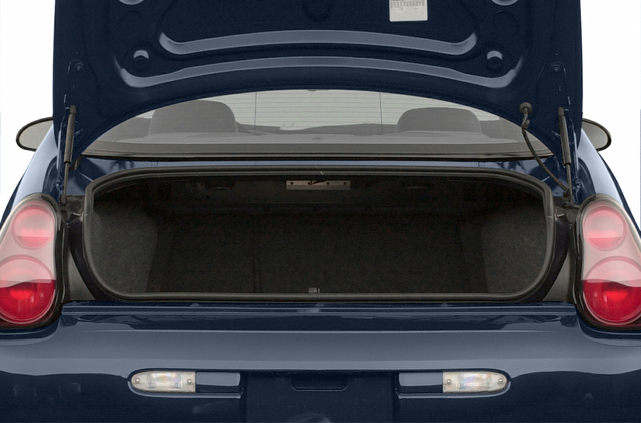 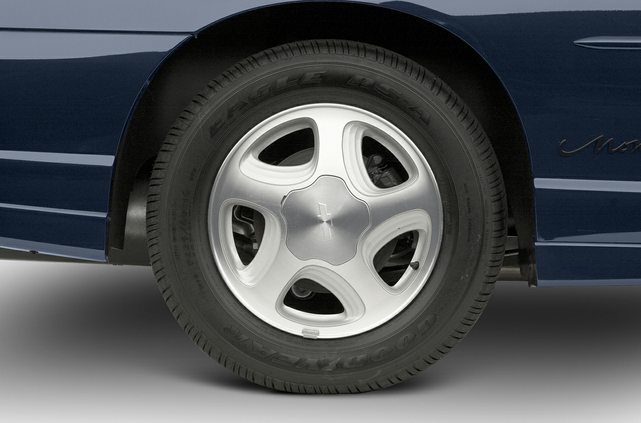 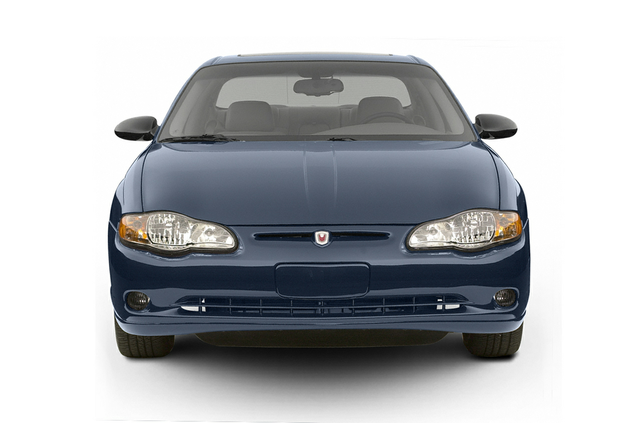 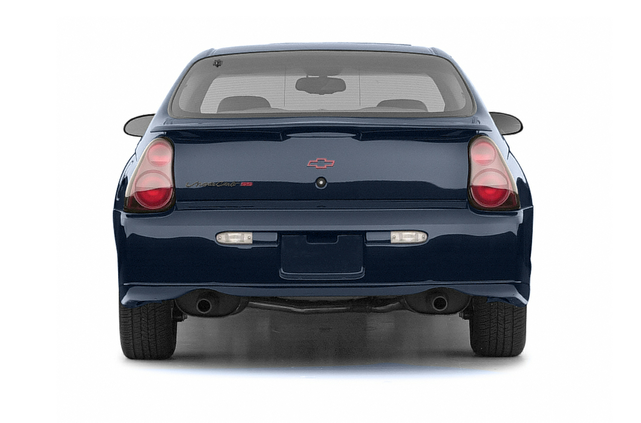 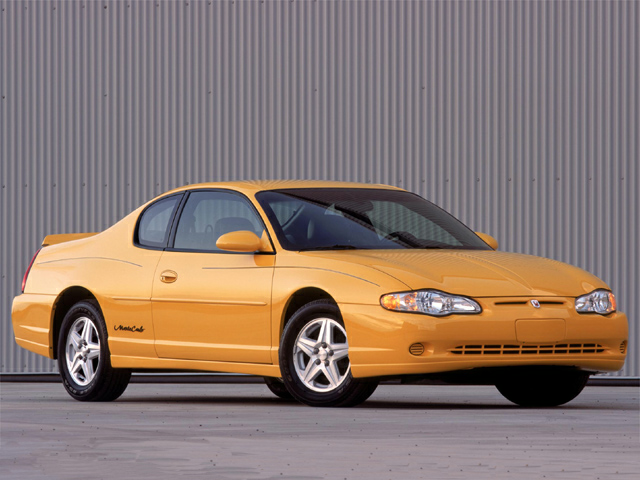 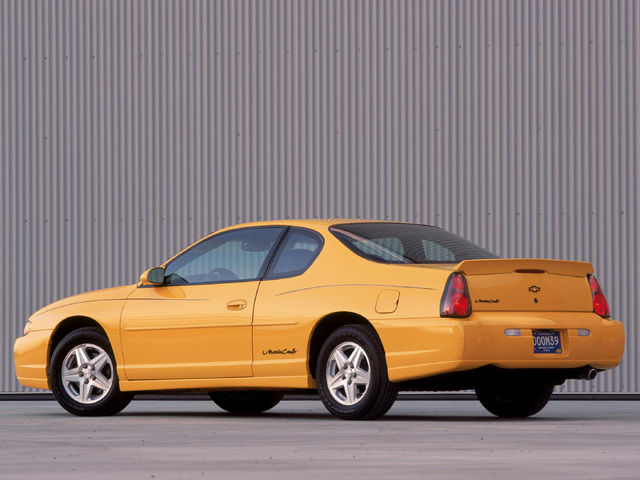 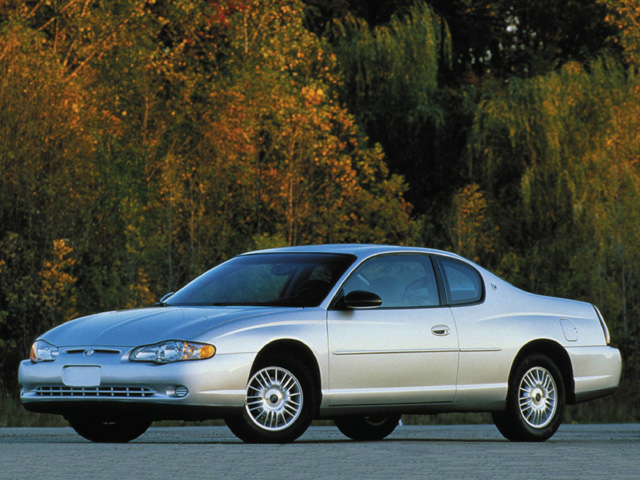 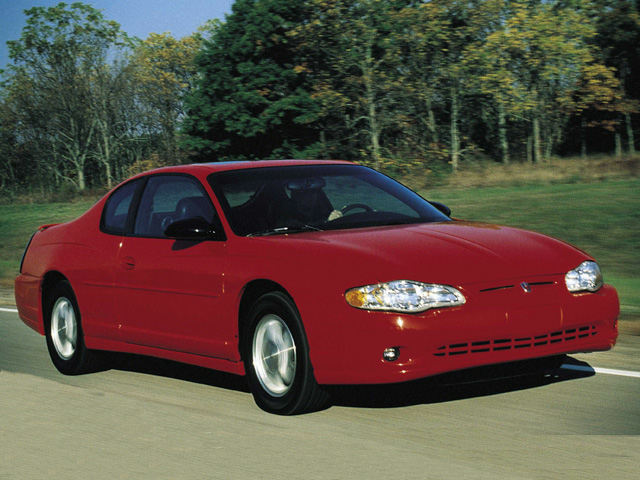 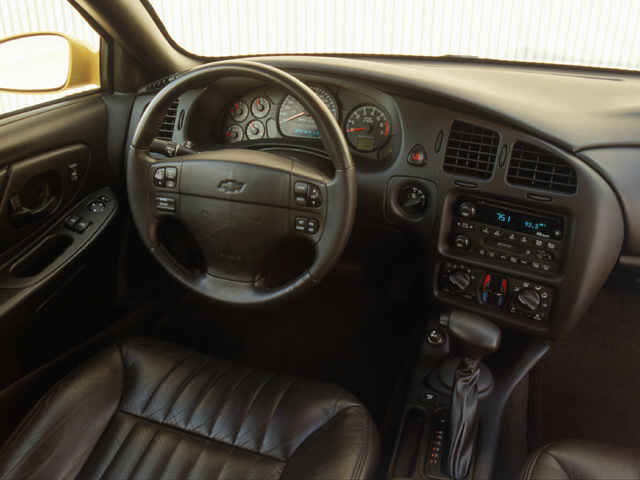 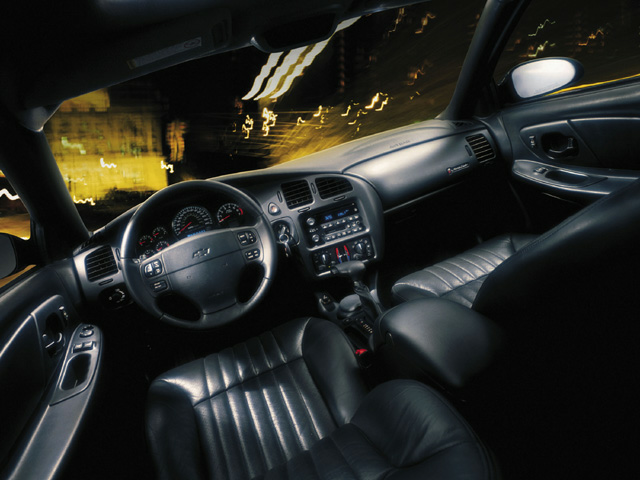 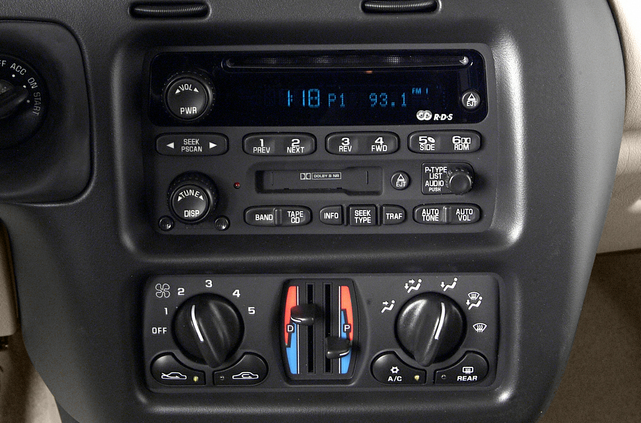 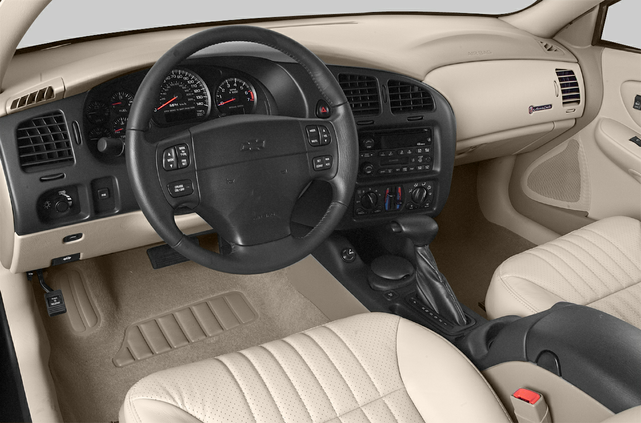 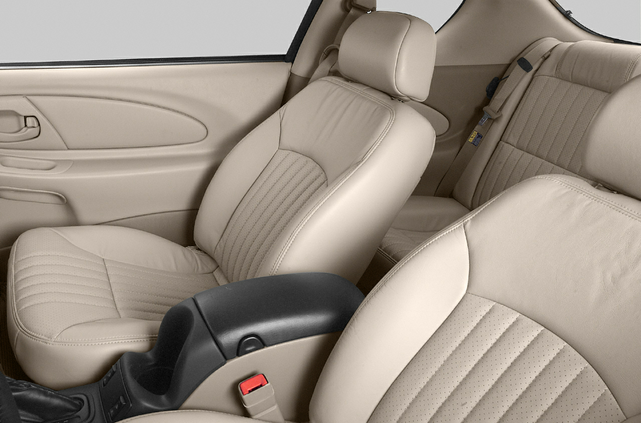 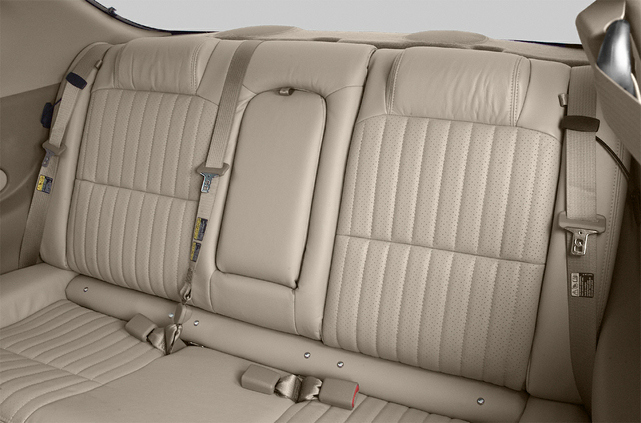