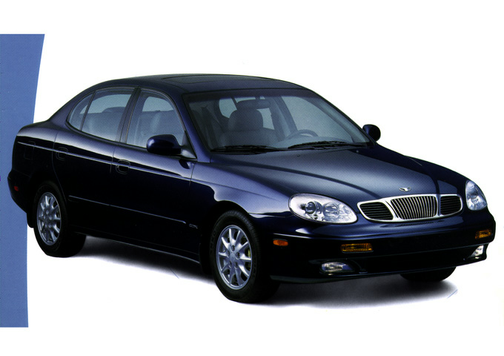 Our 2002 Daewoo Leganza trim comparison will help you decide.

Vehicle Overview
Early in 2001, Daewoo announced its intention to give its largest and most expensive model in the U.S. market a moderate redesign, perhaps for release in mid-2002. A new inline-six-cylinder engine rated at 180 horsepower is expected, and the Leganza may possibly be equipped with a continuously variable automatic transmission (CVT). As of early fall 2001, the company had not issued details about changes to the four-door sedan.

When it entered the U.S. market in 1999, Daewoo sought to become a major player in the global auto industry, but the organization soon suffered massive financial losses. In September 2001, after several potential suitors decided against a purchase, GM signed a nonbinding agreement to acquire control of bankrupt Daewoo for $400 million. Even so, Daewoos future in the United States remains uncertain.

Exterior
Measuring nearly 184 inches long overall in its 2001 form, the four-door, front-drive sedan is about 5 inches shorter than the Honda Accord and Toyota Camry. Riding a 105.1-inch wheelbase, the Leganza is 70 inches wide and stands 56.6 inches tall. A distinctive chrome-bar grille helps give the sedan a unique look.

Interior
The Leganza is designed to carry five passengers. A 60/40-split rear seatback folds down for extra cargo space. All models have air conditioning, as well as power windows, locks and heated mirrors. Leather upholstery is standard in the SX and CDX models but is not available for the base SE sedan.

Under the Hood
Daewoos 2.2-liter four-cylinder engine produces 131 hp. The SE sedan comes with a standard five-speed manual or an optional four-speed-automatic transmission. The SX and CDX models come only with the automatic gearbox. Antilock brakes are standard on the SX and CDX sedans. The CDX also comes with traction control.

Driving Impressions
Compared to other midsize sedans such as the Accord and Camry, the upscale Daewoo remains a largely unknown quantity even though it has an attractive price. Because Honda and Toyota have well-established reputations, their products have higher resale value. And because Daewoo has sold cars for only a couple years in the United States, the automakers reliability also is uncertain.

The Leganza is a competent automobile that promises plenty of features for the price. Performance is acceptable but uninspiring. Handling as capably as several competitors, the sedan is spacious inside and runs quietly. But assembly quality in the interior appears to fall short of the competition, and ride comfort isnt as satisfying as some owners might prefer.

August 2, 2014
By Miss my Daewoo from San Antonio Tx
Owns this car

The 2002 Deawoo Leganza had very good handling and ABS brakes not found in my present 2006 Nissan Sentra . Also roomier . It could seat 5 adults comfortably . The Sentra isn't as roomy especially in the rear . Sentra really not as reliable in braking especially in wet conditions . But my Sentra is more reliable while I did have some issues with the fuel sensors not working inn the Daewoo .

February 9, 2011
By Moneysaver from NY
Owns this car

I had this car for more than 3 years now and never got any problem. It runs great, looks great and is good on gas. What else can I ask for?

You will 100 % get value back for the money you spend for laganza.I never expected that the company who makes this kind of cars goes to financial loses.I bought this car from one of the local dealer for less that $4000. Now i am using since four year I never got problem with engine or any other.I have automatic 4dr se. Mileg for this car is less than honda but its great car i have around 25 miles per galon.Speed and comfort is great.The biggest thing in this car is value for money you spend.What you get in $ 4000..? this car is 2001 and it has 32000 miles on it. 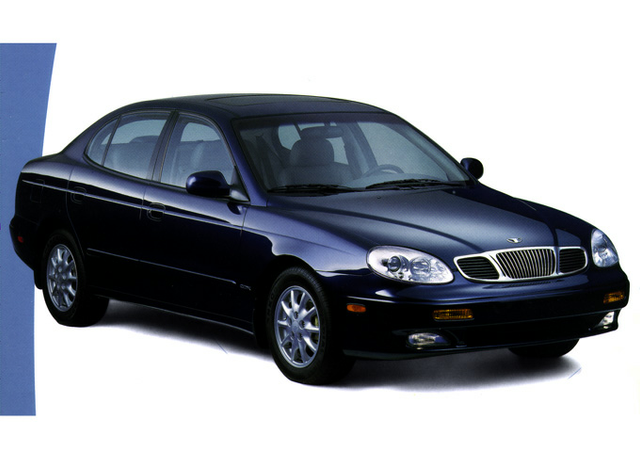