Our 1997 Ford Escort trim comparison will help you decide.

My first stint behind the wheel of a Ford Escort was not pleasant. It was 1983 or thereabouts, several years before I became an automotive writer, and the Escort in question was a Hertz rental in Los Angeles.

The car was awful. Even allowing for the suspect nature of it being a rental, it was wretched, it shook, it rattled, it stalled out at stop lights. I was so disgusted I took it back to the airport the next day and demanded a replacement.

Those were the darkest days for U.S.-built cars, and that Escort seemed to be the poster car for the “Buy Japanese” movement.

Slipping behind the wheel of a 1997 Escort, it’s hard to imagine that it is even remotely related to that rental from hell. In reality, only the name remains the same.

Ford has spent nearly 15 years perfecting its small car formula, and even before the appearance of the new ’97 model, buyers apparently agreed that the Escort had gotten pretty good – it has ranked among the top 10 bestselling cars in America for more than five years.

The 1997 model moves one step closer to perfection.

The test car being discussed here is the sportiest of Escorts, the ZX2 coupe. But many of the attributes that make the ZX2 a ball to drive can be found in the more utilitarian Escort.

Let’s start with the chassis. One of Ford’s consultants is world champion Formula One driver Jackie Stewart, who is highly critical of the notion that only sports cars have to handle well. He has pushed Ford to treat all of its cars as performance vehicles when it comes to cornering and braking — which can pay off in everyday driving situations, like accident avoidance.

That philosophy shows up in the Escort. It is very responsive to steering inputs, and even the base car has predictable understeer and not a lot of body roll.

On the ZX2, the performance edge is honed a little further. The basic setup is the same, but changes to items like suspension bushings, shock absorbers and springs give the ZX2 a sports-car feel.

The base Escort’s two-liter, 110-horsepower four-cylinder engine is adequate for most driving. It won’t pin you to your seat, but it will move the 2,500-pound, four-door sedan with alacrity.

On the ZX2, the engine is a 16-valve, double-overhead camshaft two-liter that produces 130 horsepower. The addition of 20 horses makes the Escort a nifty runner. It takes about nine seconds to get to 60 mph, with the multivalve four singing to its 6,000 rpm redline.

Transmission choices are a five-speed manual and a four-speed automatic. The automatic on the ZX2 doesn’t dilute the performance aspect too much, but most buyers will want the five-speed. On a base Escort sedan, go for the automatic unless you just like shifting gears.

On styling, the new Escort is as handsome as any compact out there. Ford has built on the Taurus/Contour design theme, so you’ll know the Escort is part of the Blue Oval crowd.

Seating is very comfortable for four in the sedan, with enough leg room and head room in the back for two adults.

For the coupe, Ford opted to not just chop two doors out of the sedan. All of the coupe’s body panels are unique, and the car is slightly longer and wider than the sedan.

On the inside, the steering wheel, radio and air-conditioning controls and the center console are the only items shared with the sedan. The rear seat room is, predictably, less than in the four-door Escort. Kids will be comfortable, but adults will feel cramped.

The ZX2 is available in two trim levels — base and Sport. Choose the Sport option and you get 15-inch tires mounted on five-spoke wheels, a rear spoiler and special bucket seats.

The appeal of the Escort, particularly the ZX2 Sport, is its affordability. In an era when the average new car lists for more than $20,000, the Escort, which starts at about $13,000, seems quite a bargain.

August 5, 2020
By USEDCARFAN1970 from Westland, Michigan
Owns this car

Not great for tall people because it is quite a small car. I am only 6 foot and it was a Hassel getting in. Slow to accelerate but still drives good 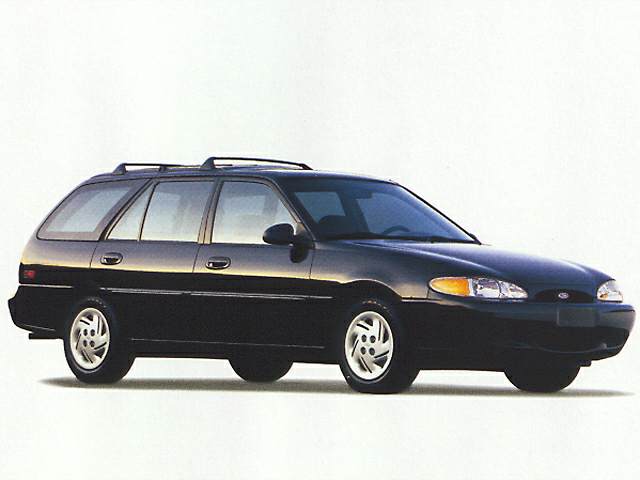 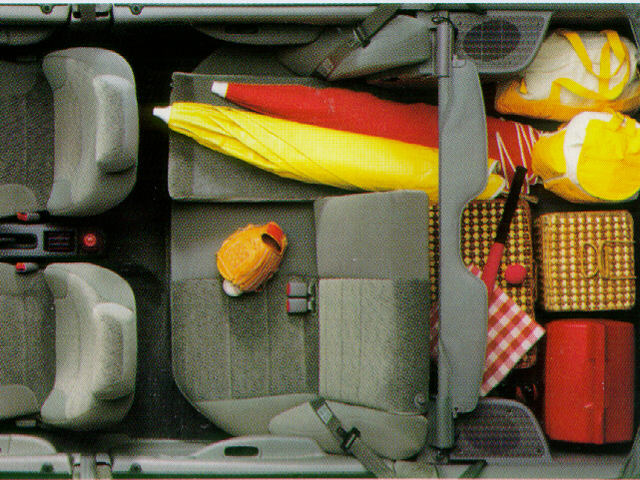