Our 1998 Ford Escort trim comparison will help you decide.

The Ford Motor Co. has a cool version of a hot set of wheels in its new 1998 Ford Escort ZX2 coupe.

The ’98 ZX2 comes in “Cool” or “Hot” form and is aimed at young buyers who want to combine sporty with a brisk performance.

Ford hopes the ZX2 will become Generation X’s favorite vehicle. Although the ZX2 shares key components with the regular Ford Escort Sedan and Wagon, the coupe has sleek body work unique to this model, more power, and a fractionally longer overall length than the sedan.

The principal difference is a potent Zetec 2.0-liter (121-cubic inch) four-cylinder engine that delivers 130-horsepower, 20 more than the 2.0-liter motor in the sedan or wagon. Suspension is tuned to deliver maximum responsiveness to agility and driver control. The interior features an asymmetrical instrument panel that blends into the door surfaces. And frameless door glass adds to the lean look.

The coupe is a four-passenger automobile, and, as with all coupe structures, access to the rear is not as convenient as with four doors. But when you are young, little things like that really don’t bother you.

To help things along, the driver’s seat has a memory recline device that automatically returns the seat to its original position after it is tilted for rear access.

The coupe is built on the Escort platform that has a wheelbase of 98.4 inches, the same as the sedan and wagon. But the overall length stretches just a bit, 175.2 inches vs. 174.7 for the sedan and 172.7 for the wagon.

The body contour is more sleek in appearance and lower in drag. Rounded sheet metal transforms into a slippery shape. But it also encroaches just a bit on interior room.

Headroom and shoulder room in the ZX2 are down about an inch compared to four-door Escorts. But not to worry. At 120 mph past the grandstand nobody will ever know the difference.

The Zetec is a dual overhead cam engine with four valves per cylinders Horsepower peaks at 5,750 rpm, so with a five-speed it should be possible with the rev-happy Zetec to go to about 7,000 rpm or so without the valves floating. At that engine speed you can play a little tune with the gearbox.

An optional four-speed electronically controlled automatic is offered, an $800 item. It obviously is more convenient for everyday mundane motoring. But for the youthful types who really want to go, the automatic loses the versatility of downshifting through the gears.

An interesting facet emerges from the comparison of these two powertrains. The automatic flies in the face of convention and offers a slightly better city cycle fuel mileage rating than the five-speed.

The EPA fuel economy estimates for the automatic is 25 miles per gallon vs. 26 mpg for the five-speed manual transmission. The highway rating is 33 mpg for both transmissions.

Conforming to the sporting touch, the front-cockpit layout is the standard individual seats separated by a center console that mounts the shift levers. Full instrumentation plus a low-fuel warn ing light are standard.

The tachometer when the coupe is equipped with the five-speed gearbox is a very viable instrument, much more so than when an automatic is on board, as it tells a driver when he or she is in danger of overreving the engine.

Ford groups its climate controls and audio system into what it calls its Integrated Control Panel packages that are positioned in one location. With this arrangement, drivers have easy access to the controls without losing concentration on the road.

The standard audio system in the ZX2 consists of premium speakers and a stereo system, the thinking being that younger drivers are into cool music.

If you really want to go upstream, additional individual options include items like anti-lock brakes, a power moonroof and windows, and two remote entry systems. And if you really want to be sporty, a sports package is offered that includes 15-inch aluminum wheels a rear spoiler, fog lamps, upgraded bucket seats and integrated headrests.

W ith a manufacturer’s suggested retail price of $13,080, a ZX2 represents a sporting proposition at an affordable cost, one that offers life in the fast lane without busting the budget.

After considering all my options, I decided to purchased a new '98 SE wagon because of it's versatility, value and predicted reliability. Though the ride is a bit bumpy & noisy, the manual 5 speed provides plenty of pep. Cost-wise, the battery, struts & tires were replaced, and fuel efficiency continues to be excellent. Shortly after buying the auto, I took a new position literally right around the corner from my home, so my mileage is slightly under 41K. It's dependable, versatile, and Still fun to drive - one of Ford's best products.

November 12, 2019
By BrookeD from Longmont, Colorado
Owns this car

This is my first car, I love it so much. Currently running great at 230k miles, except some tensioner pulley and serpentine belt issues. Great performance

this car is the modern Fiat ABarth Zagato

I specifically like small high performance cars, This is the best I've ever had, Yes: it's an inexpensive, gawdaffully complex car more difficult to work on than My Jaguars, Aston Martins Lotus etc AND no one including the Ford dealers seem to know much about how to maintain it meaning I must learn how to speak Ford's computer language ~~!! I love it's looks and performance which now in 2019 isn't THAT fast compared I frequently see them in good condition so maybe they're going to be the MG-B of this era! 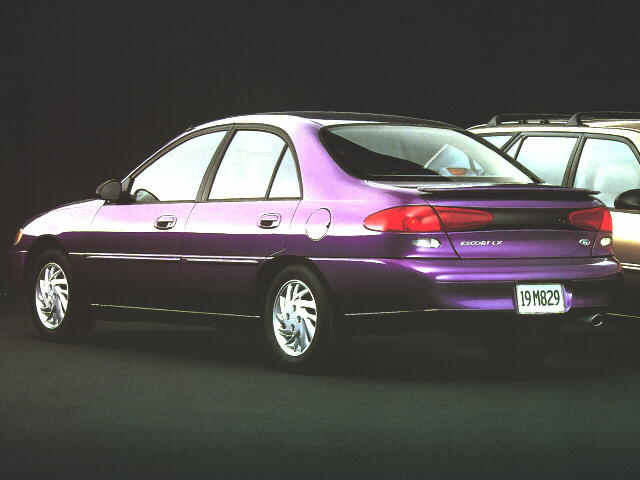 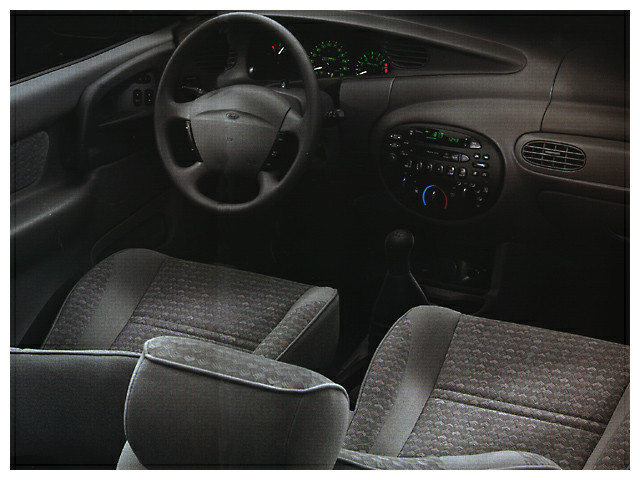