Editor’s note: This review was written in September 2006 about the Limited 4×4 V-8 version of the 2007 Ford Explorer Sport Trac. Little of substance has changed with this year’s model. To see what details are different this year, check out a side-by-side comparison of the two model years.

There’s much to like about the redesigned Explorer Sport Trac SUV/pickup. It’s larger than its predecessor yet surprisingly maneuverable in tight spaces. It’s also available with V-8 power for the first time, and these models get gas mileage that’s as good as or better than the previous-generation V-6 Sport Trac.

Despite these qualities, I’m a bit baffled by vehicles like the Sport Trac. I understand the appeal of both SUVs and pickup trucks, but when an automaker tries to combine the benefits of each into a single model, the end result inevitably loses some of what makes each attractive. That said, I did like driving the Sport Trac.

Exterior & Styling
The front of the Sport Trac looks much like a regular Explorer SUV. A large V-shaped chrome grille incorporates part of the front bumper; I think it looks remarkably similar to the one on the Volkswagen Passat, but that’s just my take. I’d be interested to hear your opinion; drop me an email.

Ford says the Sport Trac’s styling is inspired in part by the F-150 full-size pickup truck. The Sport Trac’s flared rear fenders and taillights call to mind the F-150, and it has a cargo box, but that’s about it. Aluminum wheels that measure 16 inches in diameter are standard, but 17- or 18-inch aluminum wheels are available. Side step bars are optional.

Ride & Handling
I spent most of my time in the Sport Trac navigating the streets of Chicago. Though there are undoubtedly better places to test a vehicle of this sort (the wilds of northern Michigan come to mind), driving the Sport Trac in urban traffic reveals just how maneuverable it is. Even though it’s about 17.5 feet long and slightly more than 6 feet wide, the Sport Trac navigates tight streets with ease. What’s more, it feels manageable the first time you get behind the wheel. All-around visibility is mostly good, but the tall tailgate restricts rear views; a rearview camera would be welcome, but only rear parking sensors are offered.

Ride quality is better than any body-on-frame vehicle deserves to have; it’s firm, but the four-wheel independent suspension (uncommon for a pickup truck) effectively damps most bumps and holes in the road, though some large ones can make the structure shudder slightly. The Sport Trac bobs up and down a bit over big bumps, but for the most part trucklike tendencies have been filtered out of the suspension. The variable-assist steering system is responsive and there wasn’t any play in the wheel.

Going & Stopping
The Sport Trac comes with V-6 or V-8 power and rear- or four-wheel drive. I tested the top dog 4×4 Limited V-8. The V-8 drives a six-speed automatic transmission, and they make a very good pair; the automatic willingly kicked down when more power was needed for passing and I was able to control how many gears the transmission downshifted by how far I depressed the accelerator pedal. Shifts are fast and barely perceptible. Though Cars.com colleague Kelsey Mays observed that the transmission didn’t always select the right gear following a rolling stop, the transmission is a class act most of the time.

Four-wheel-drive Sport Tracs have Ford’s Control Trac system and a two-speed transfer case. Control Trac has three modes — Auto, High and Low — that are selected via buttons on the lower portion of the dashboard. While High and Low modes are primarily intended for driving in severe weather or off-road, Auto is suitable for everyday conditions.

All-disc antilock brakes are standard, but brake pedal feel leaves a lot to be desired; stepping on the pedal feels like sinking your foot into a pile of thick clay.

The Inside
With oversized controls and squared-off designs, the Sport Trac’s interior has an industrial quality to it. The console gear selector is enormous — just like the one in Ford’s F-150 — and bright chrome trim surrounds it as well as the gauge housing and vents. The shiny pieces look nice, but I’d rather have a brushed treatment; on sunny days, the pieces can reflect sunlight into the driver’s eyes.

Much of my test vehicle’s dashboard was appointed with black plastic, but the pieces had a variety of graining and there were some large gaps between the panels. The quality of the different materials was fine; they just didn’t come together especially well. The glove box is tiny.

Cloth front bucket seats are standard and two-tone cloth or leather front buckets are optional. The black-and-stone leather seats are on the firm side, but are comfortable and provide good support. The seats can move far rearward to accommodate tall front occupants, but my head touched the headliner with the seat at its maximum height. I tested a model with a moonroof, though, which tends to reduce headroom.

The three-person, 60/40-split rear bench seat doesn’t offer as much comfort for adults. Occupants in the outer seats have plenty of foot room and a backrest that’s nicely angled, but there’s little legroom to spare and the low seat cushion makes for a knees-up seating position. Folding the cleverly engineered seats is straightforward — pull one lever and the backrest folds down as the seat cushion slides forward to allow the seatback to fold flatter. Because the seatbacks touch the cabin’s fixed rear wall, folding them flat doesn’t result in an extended cargo bed like it does in the Chevrolet Avalanche when its midgate is folded down.

The Sport Trac has unique interior door releases located on the front of the door armrests; pulling up on the lever opens the door. It’s an ergonomic design, but what’s mystifying is why the armrests don’t have indents to grab onto when closing the door — or trying to catch an opening door before it tags a neighboring car — like the 2007 Explorer SUV has. There’s a grab handle below the armrest that can be used to pull the door shut, and I imagine I’d adapt to this design over time, but I wonder why Ford fixed something that wasn’t broken.

Safety
Side-impact airbags for the front seats, a tire pressure monitoring system and Ford’s AdvanceTrac electronic stability system with Roll Stability Control are standard. RSC uses a gyroscopic sensor to detect an impending rollover and can activate the brakes and reduce engine power if the angle becomes too severe. Side curtain airbags and power adjustable pedals, which make it easier for shorter drivers to be properly distanced from the steering wheel, are optional.

Based on tests of the similar Explorer SUV, the Insurance Institute for Highway Safety awarded the Sport Trac its highest overall rating, Good, for frontal-offset crash-test performance.

Cargo & Towing
With all the seats up, there’s not a lot of luggage room in the cabin, so bags will likely end up in the cargo box when there’s a full load of people onboard. Measuring slightly more than 4 feet long and 5 feet wide, the Sport Trac’s cargo box is made of molded composite and includes three in-bed self-draining storage compartments: two smaller ones near the rear and a larger one that spans the front. Each side of the cargo box has three cleats for securing cargo, and a tubular bed extender and two-piece lockable tonneau cover are optional.

The Sport Trac’s maximum towing capacities are comparable to the competition, which includes the Honda Ridgeline and crew cab versions of the Dodge Dakota, Nissan Frontier and Toyota Tacoma. When properly equipped, two-wheel-drive V-6 Sport Tracs can pull 5,310 pounds, while V-8 versions can tow up to 6,800 pounds. Maximum towing capacities dip slightly for four-wheel-drive Sport Tracs.

Features
The Sport Trac’s cabin floor is covered in rubber for easy cleaning, and a heated windshield that has embedded tungsten filaments for superior defrosting capabilities is optional. My test vehicle didn’t have this windshield, but Cars.com reviewer Joe Wiesenfelder has peered through one and didn’t like how much glare there was. Heated front seats are also available, but they only include one intensity level; they’re either on or off.

The optional navigation system works well, and its touch-screen interface is easy to operate. However, it’s time Ford upgraded to a system with better voice technology — the computerized voice continually mangled the pronunciation of street names — especially considering the system costs about $2,500. A rear-seat DVD entertainment system and a power-sliding rear window are also optional.

Explorer Sport Trac in the Market
Since the Sport Trac was last offered for 2005, the midsize crew cab pickup segment has become more competitive, with the introduction of the Ridgeline. Though it’s not as refined as the Ridgeline, the Sport Trac does offer an excellent V-8 and six-speed automatic. Add to that a composed ride, competent handling and a number of worthwhile safety features, and the Sport Trac stacks up well against the competition.

After driving the Chevy and several others, the Sorento EX V6 was by far the best value for my money. It is solidly built, quiet, and smooth. The ride is like a Lexus and it handles almost like a sedan. It's just the right size, has very comfortable seats and is loaded with technology!

May 6, 2020
By Henry from New Trenton. Indiana
Owns this car

It drives like a sports car. Rides really good,looks has four doors abed to haul what ever you want to haul very dependable and sporty looking

Rating breakdown (out of 5):
3 people out of 5 found this review helpful. Did you?
Show full review
4.9

I have a 2008 sport trac xlt. The drive shaft in it is not the one available to buy. I need a drive shaft with the clynder end that goes into the transmission.

Rating breakdown (out of 5):
9 people out of 13 found this review helpful. Did you?
Show full review
See all 29 consumer reviews 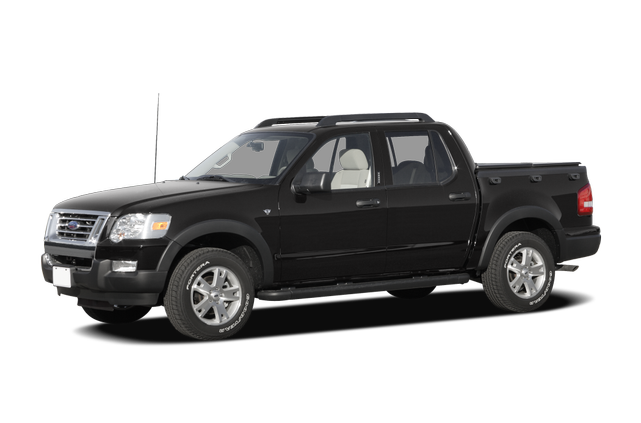 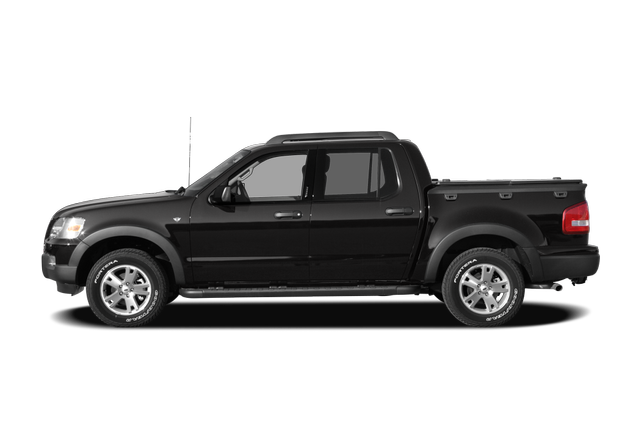 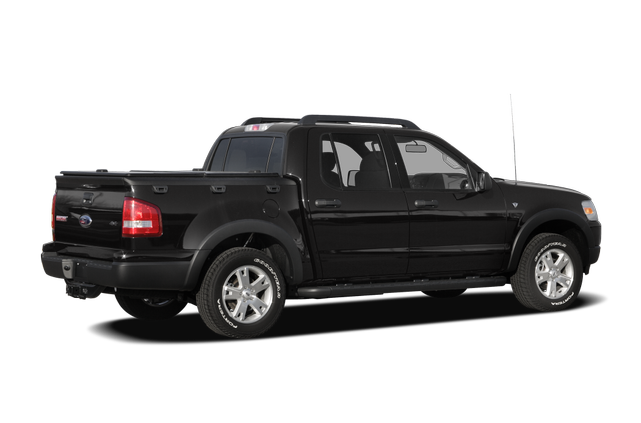 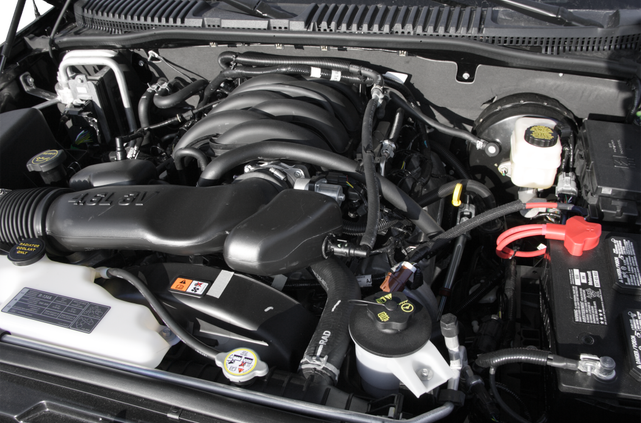 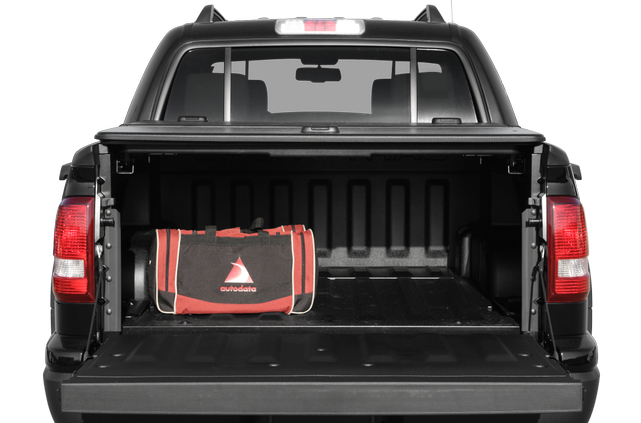 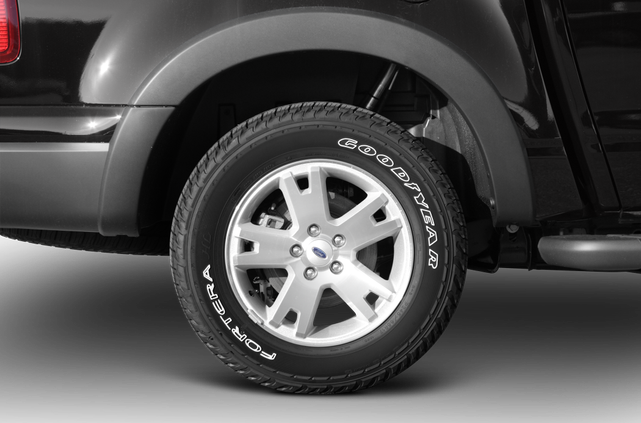 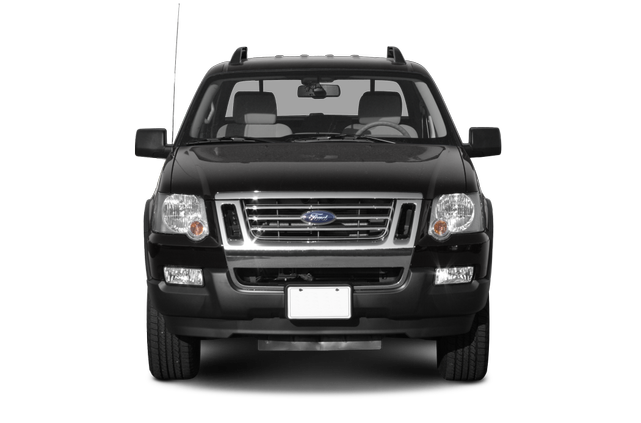 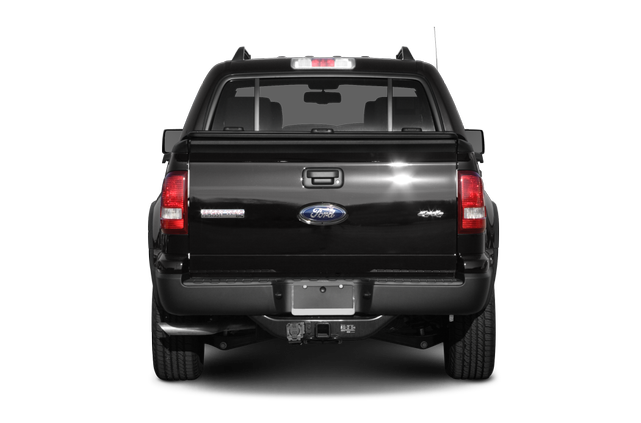 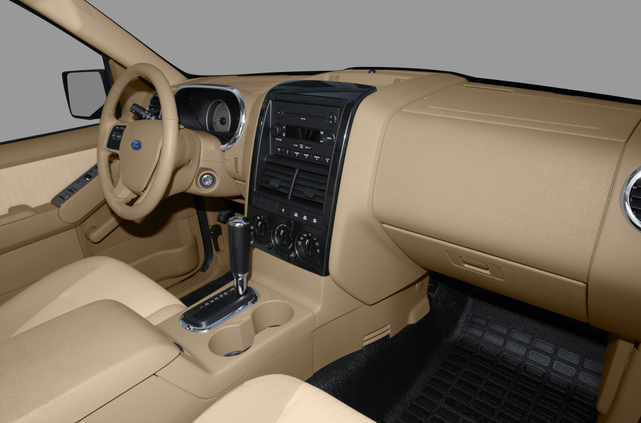 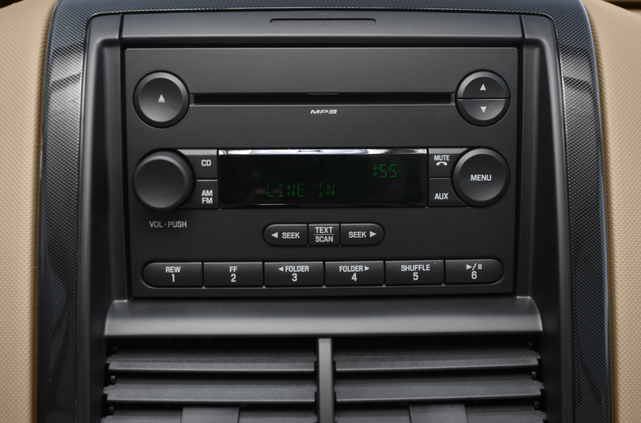 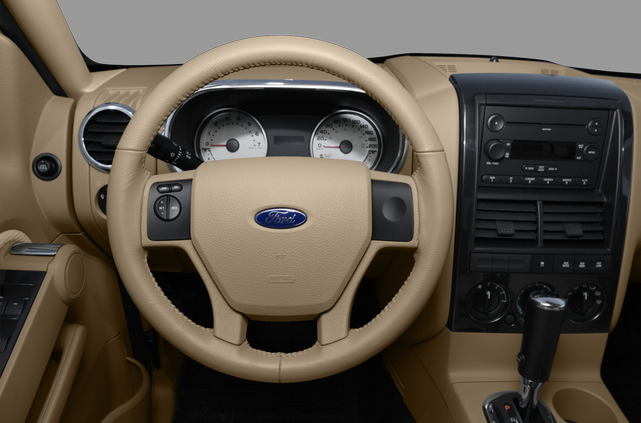 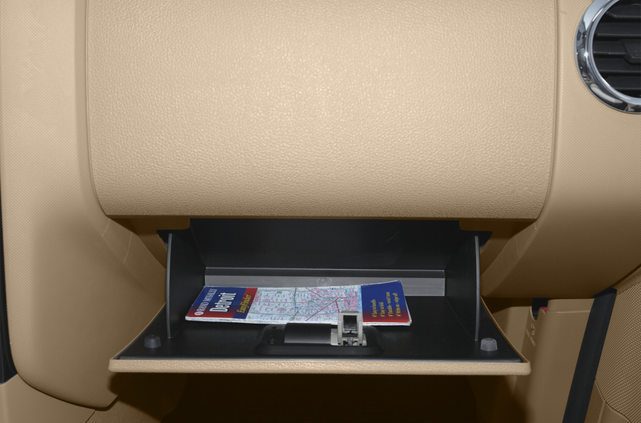 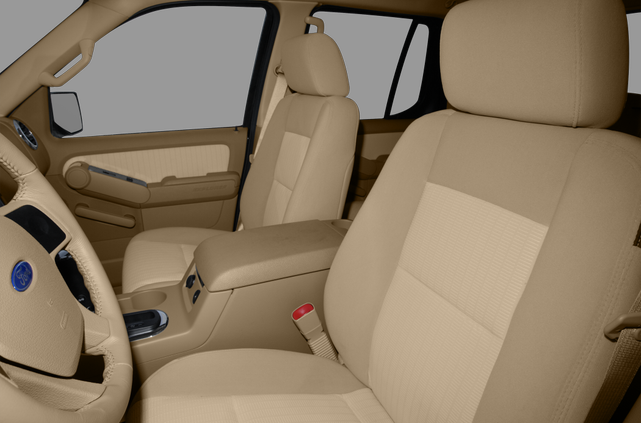 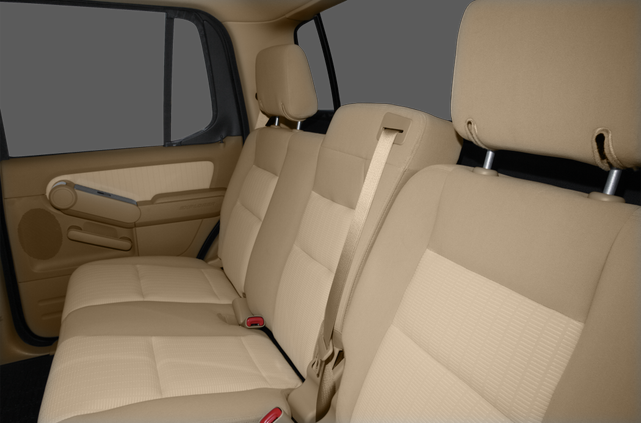 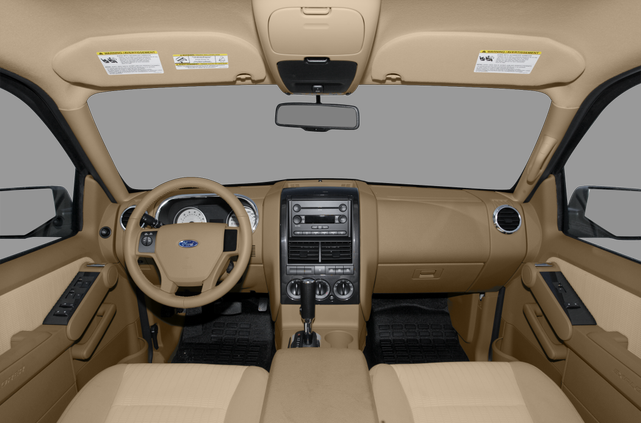 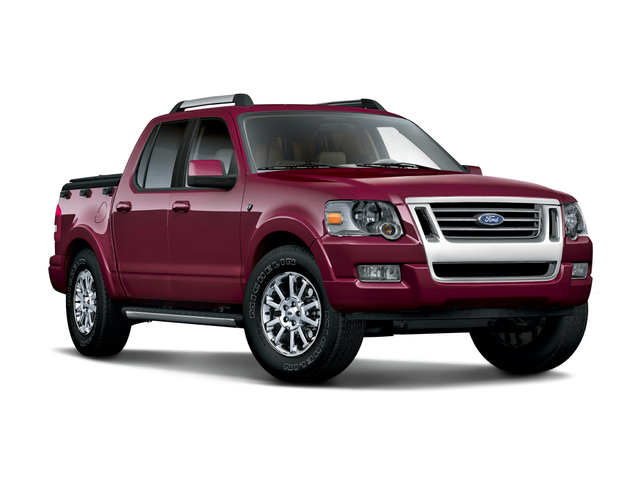 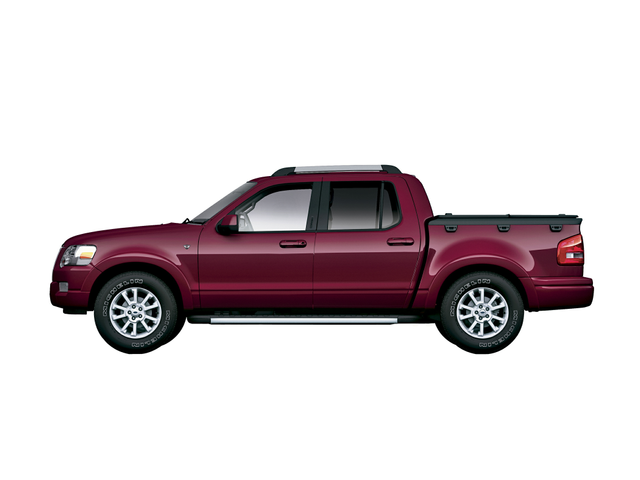 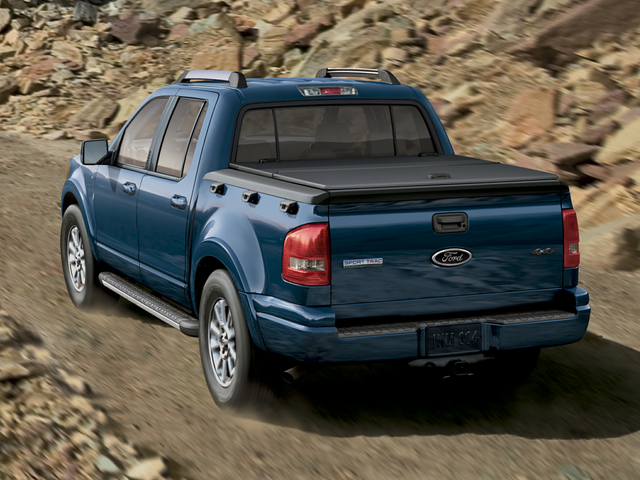 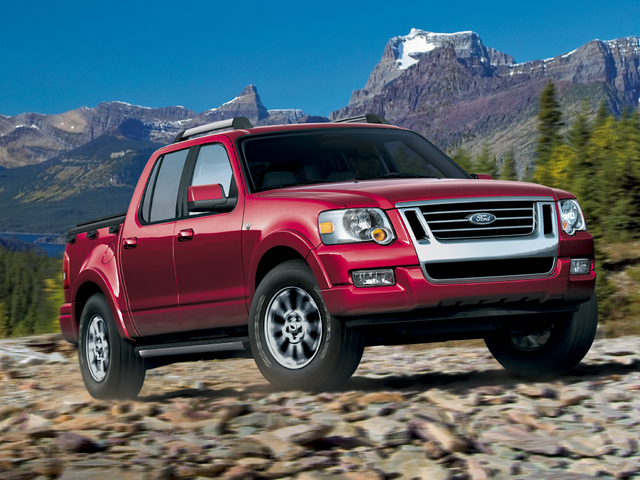 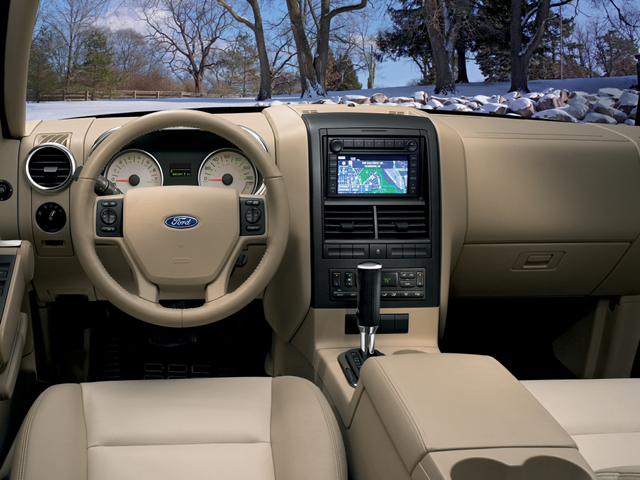 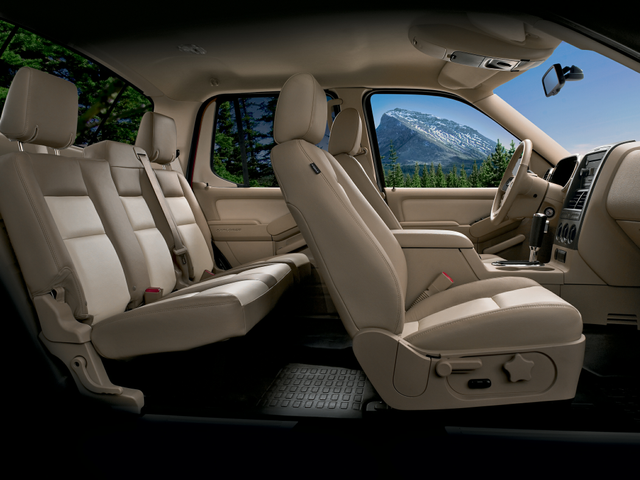