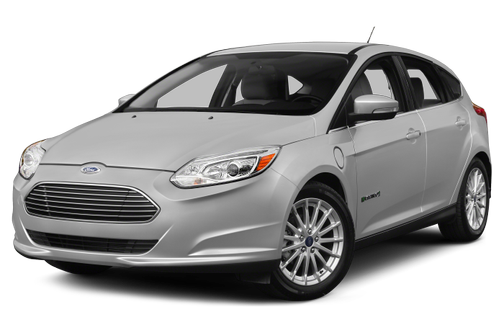 Our 2012 Ford Focus Electric trim comparison will help you decide.

The Focus Electric is Ford’s first consumer-oriented battery-electric vehicle, based on the redesigned 2012 Ford Focus compact hatchback. Ford says the car’s range will be “up to 100 miles,” but the EPA hasn’t rated the car yet. Nissan made the same claim for its Leaf electric car, whose range is EPA-rated at 73 miles.

As a battery-electric car with no gas backup, the Focus Electric’s direct competitors are the Leaf and the Mitsubishi i-MiEV. Like Nissan, which has contracted AeroVironment to assess and install charging setups at buyers’ homes, Ford will be working with Best Buy and its Geek Squad tech-support operation to manage third-party electrical contractors.

Ford estimates that a depleted Focus Electric battery pack will recharge in as little as three to four hours using a 240-volt home charging station, roughly twice as fast as the Leaf.

Pricing hasn’t been announced, but the Focus Electric should be eligible for a $7,500 federal tax credit. It will begin delivery late in 2011 in select markets: Boston; Chicago; Denver; Detroit; Los Angeles; San Francisco; San Diego; Seattle; New York; Washington, D.C.; Orlando, Fla.; Atlanta; Austin, Texas; Houston; Phoenix; Tucson, Ariz.; Portland, Ore.; Raleigh/Durham, N.C.; and Richmond, Va.
Exterior
The Focus Electric shares the overall shape of the Focus hatchback, but it has a few distinguishing elements. A dead giveaway is the charging port — which is surrounded by an LED display that indicates charge status while the car is plugged in — on the driver-side front fender. There are modest “Electric” badges all around.

The Focus Electric features a modified but still prominent grille — ironic because the electric car has less cooling demands than internal-combustion engines. The nose is otherwise smoother and is free of fog lights to improve aerodynamics. LED running lights adorn the headlight clusters. The wheels are distinctive 17-inch alloys with Michelin Energy Saver low-rolling-resistance tires.

Interior
The Focus Electric accommodates up to five occupants in standard cloth seats. The folding backseat is split 60/40 like the higher gas-powered trim levels. (Lower trims have a single-piece folding bench.) Other standard features include push-button start, a touch-screen navigation system and Sony nine-speaker stereo with Sirius Satellite Radio.

Twin LCD screens flank the speedometer, with a battery-charge display in place of a fuel gauge. The gauges can be configured to show charge range versus the anticipated distance of your trip, and they can also display a diagram to show the range situation at a glance. Bluish butterflies populate or disappear to indicate how efficiently you’re driving and how much battery range you have versus your intended trip.

With a feature similar to those on the Leaf and Chevrolet Volt, owners can preheat or precool the cabin on grid power with the charging cable. This preserves the battery charge for miles of range once the car is unplugged and driven. (Heat and air conditioning use electric power, decreasing range.) The feature can be scheduled ahead of time or activated remotely using a MyFord Touch owner website or smartphone app.

Under the Hood
The Focus Electric uses a 23-kilowatt-hour lithium-ion battery pack that’s heated and cooled by liquid to maximize range and life expectancy. An electric motor or motors (yet to be announced) drive the front wheels to a top speed of 84 mph.

A 6.6-kilowatt onboard charger works with the 240-volt charging station to fill the battery pack in half the time required by the Leaf, according to Ford. (The Leaf’s onboard charger has lower capacity and thus charges more slowly.) A 120-volt cord for charging from a common household outlet is included, but it takes at least three times as long as the 240-volt system. Ford estimates the charging station hardware and installation will cost about $1,499, but prices vary widely.

Safety
As required by law of all 2012 models, the Focus Electric has standard antilock brakes, traction control and an electronic stability system. Six airbags are also standard.

February 10, 2018
By CC from Wilsonville
Test drove this car

I bought this car based on my positive experience of my 2014 Focus gas. The 2012 Focus EV that I purchased for $9500 had just come off a lease and had just over 20,000 miles. Needless to say the price I paid was about a quarter of the MSRP and made it a geat value. Other than one recall for faulty door latches I have had no mechanical problems in the 10 months I have owned the car. Pros: At my electricity rates where I live I can easily charge my car for less than a dollar and under the right conditions can go 70 plus miles. One of the reasons I chose this car over the Versa was the exterior styling of the car. To me it has a sleeker appearance than the Versa, but this is matter of opinion. The front seating is comfortable and the controls are easy to reach. The car has very good 0-60mph pick up and I have never struggled merging into traffic. The car handles well, but has a wider turning radius the my Focus gas. I don't know if this is because of changes between the 2012-2014 models or because of the diffrerence in weight distribution between the gas and electric models. The SYNC entertainment system took some getting used to, but once you figure it out, it's an O.K. system. Cons: First let me say I live in a moderately rural area in N.C. . To give you an idea of my drive I am in the mountains and am 12 miles from my local city of 10,000 people. Some of my cons would not be pertinent to someone that lives in a big city or in a year long warm climate. On a full charge during warm months I can reasonably expect to go about 70 miles on a full charge. The A/C seems to have little impact on that mileage. When the temperature drops below 50F, the mileage takes a substantial hit by an estimated 10% for every 10 degrees, and using the heat adds probably another 5% drop. For that reason when it gets cold I normally find myself using my the gas Focus and if I do drive the EV I turn the heater on and off when the car gets a little warm inside to try to extend the mileage. This makes for a much more uncomfortable drive. One reason I might choose a Versa over the Focus would be that this car seems to be a gas car that they yanked the gas motor out and put an electric motor in, and not designed from the ground up as an EV like the Versa. My driveway is gravel and about 1/3 mile long. It is pretty level except for about 200' that has a moderate grade. My gas Focus never had any problems on this grade, but the EV tires would slip and spin telling me this car is rear heavy. A Versa owner nearby at my request drove up my driveway and had no problems. I finally had to put paved runners up this section to assist my E.V. at a substantial cost. The battery takes up a very large portion of the rear of this hatch so this might be something you need to explore. The back seat is very cramped for adults but would probably be fine for young children. This car has the worst low beam headlights I have ever used. Somehow Ford has defied physics and managed to stop light rays at about 50 feet. It is almost pitch dark about 50 feet in front in dark conditions. My local Ford dealer says the lights are not adjustable.This might not be a problem if you live in a well lite city. On the flip side this car has the best high beams of any car I have ever owned. Driving down my local backroads I am constantly having to switch between high and low beams as I come across appoaching traffic. Summary: I hope it doesn't sound like I am unhappy about purchasing this car because I am not. Most of the complaints I have would not be a problem if I lived in a big city. This is my first EV and don't forsee myself ever not having one unless a cheaper fuel source comes along or electricity rates go crazy. You do have to plan some of your trips and in my rural location I could not make it only with this vehicle. If you live in a similar location / climate as me and don't have access to a gas vehicle I would definitely recommend you look at a hybrid or one of the new long range EV's coming out, but expect to pay around $35-40k before incentives for a new one. I plan on living with this car for a few years and when the long range EV's start coming off lease with a substantial discount like this car did I will probably buy one.

I love my new Ford Focus EV. I test drove one back in 2012 and liked it better than the Nissan Leaf. It has a more attractive inside, felt more solid than the Leaf and looks better on the outside as well. I recently bought a used 2012 for half the price of new. I don't know why Ford doesn't market this car more aggressively, it's highly competitive with any EV out there. That's another reason why I chose it above the Leaf - I want folks to know it exists!

All model years for the Ford Focus Electric 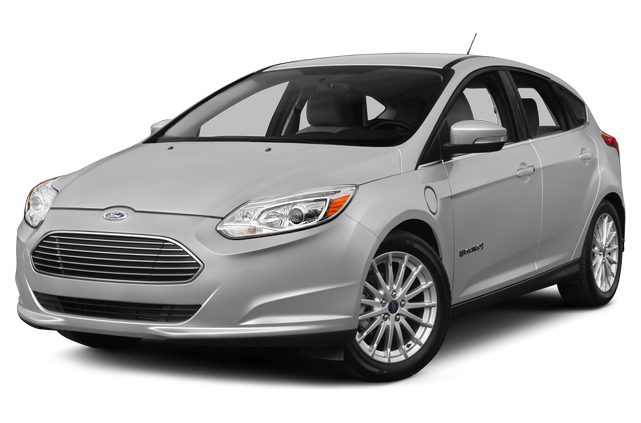 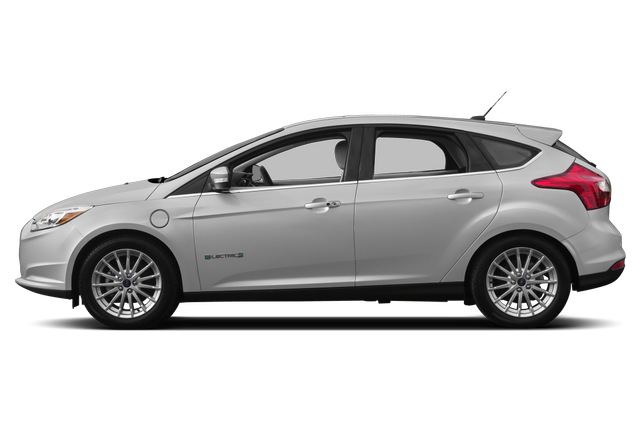 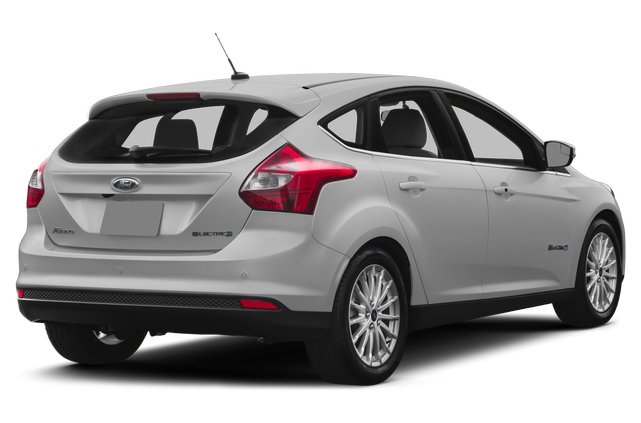 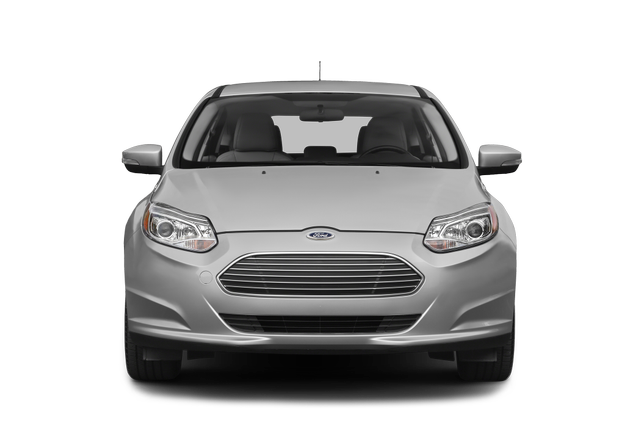 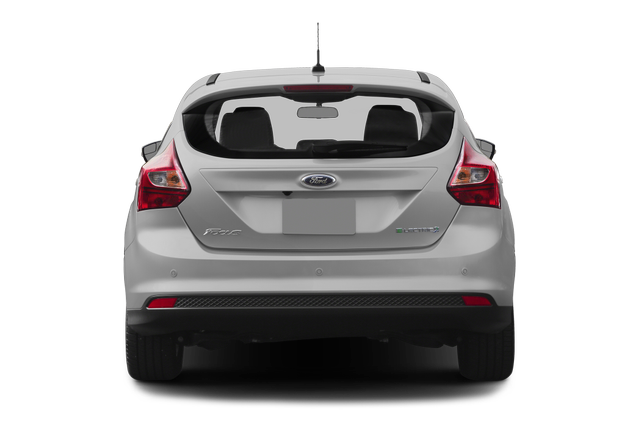 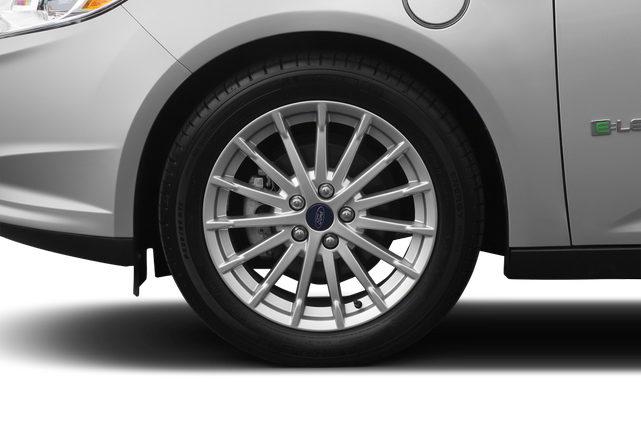 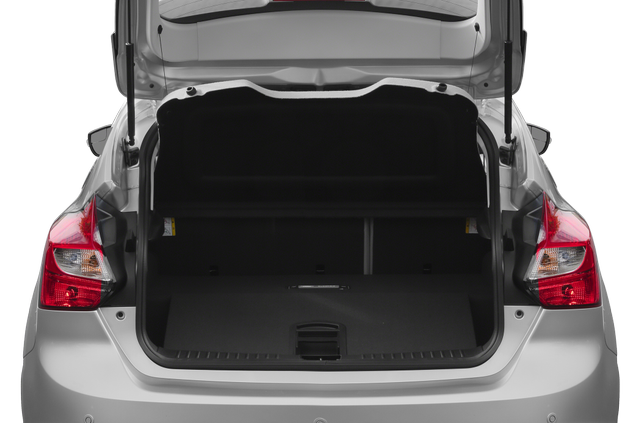 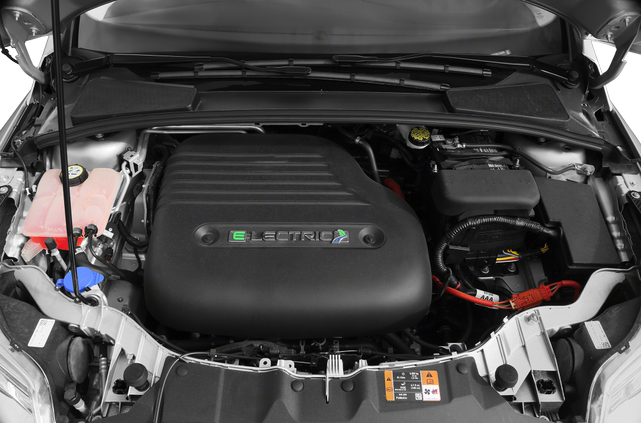 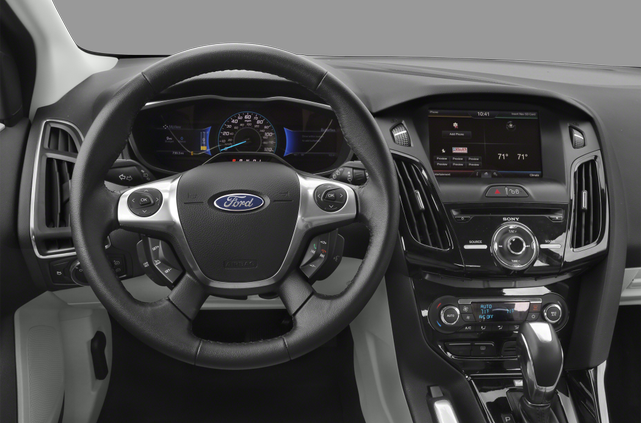 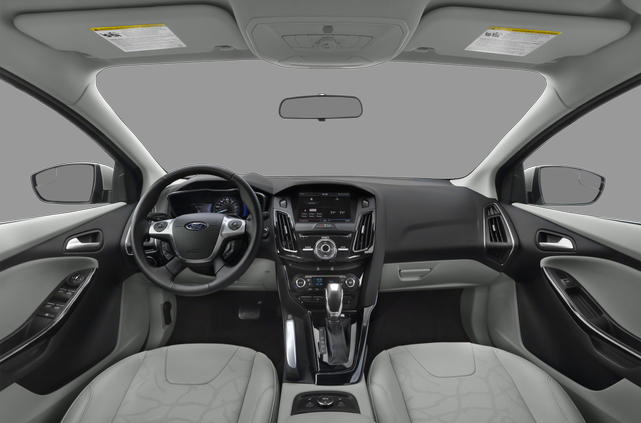 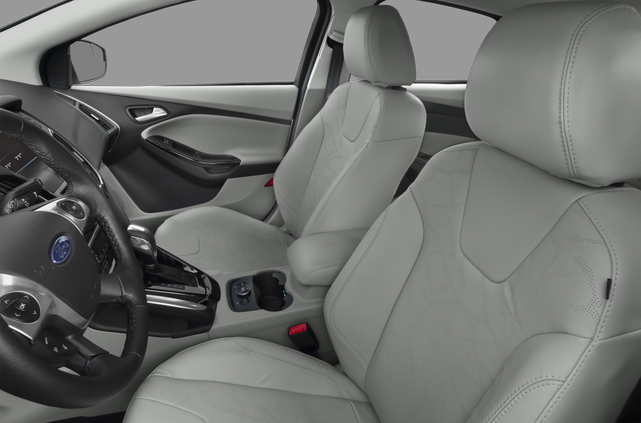 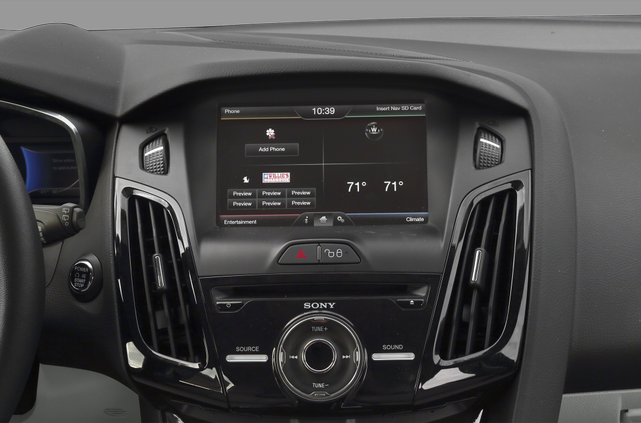 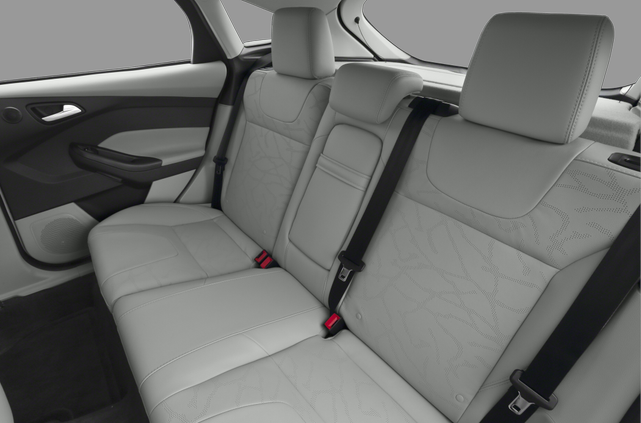 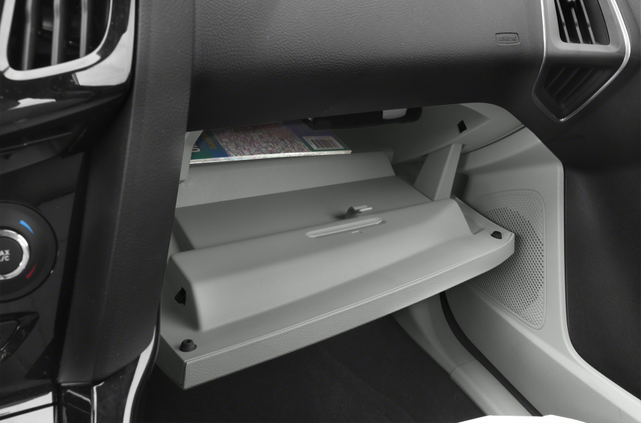 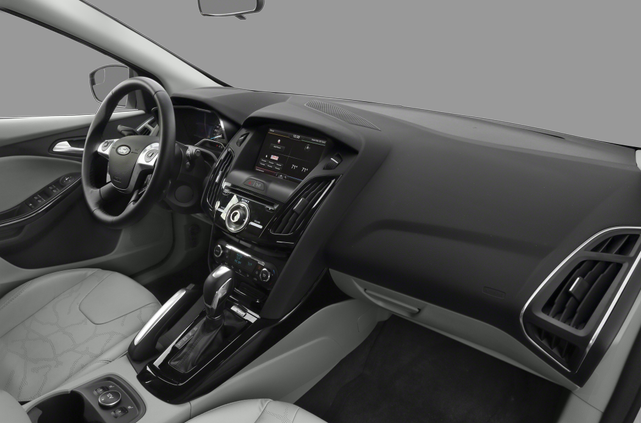 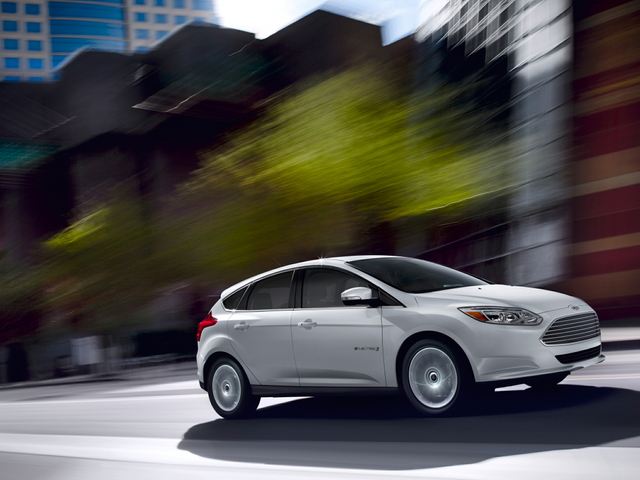 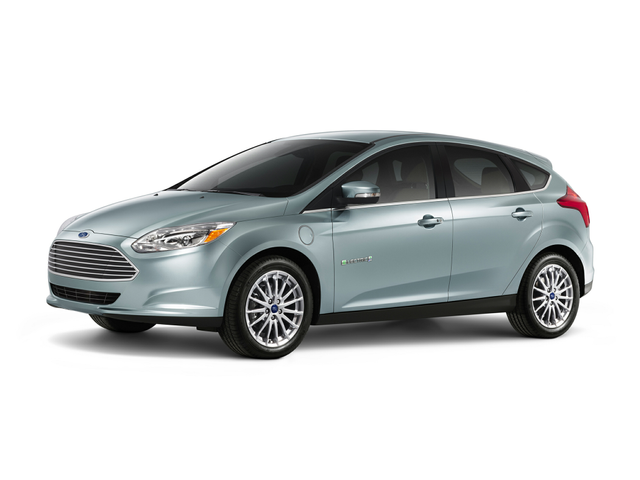 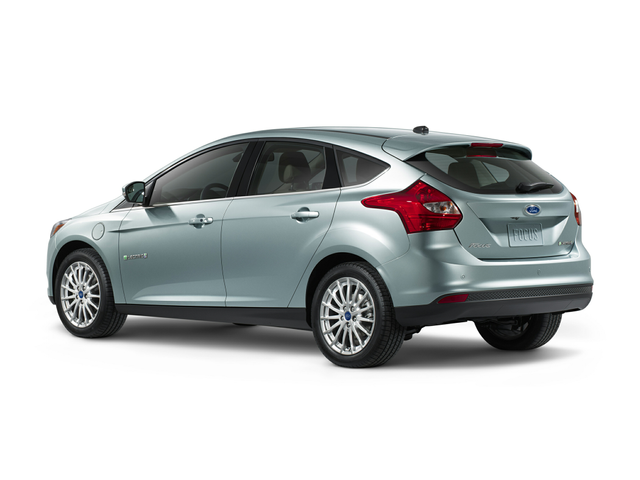 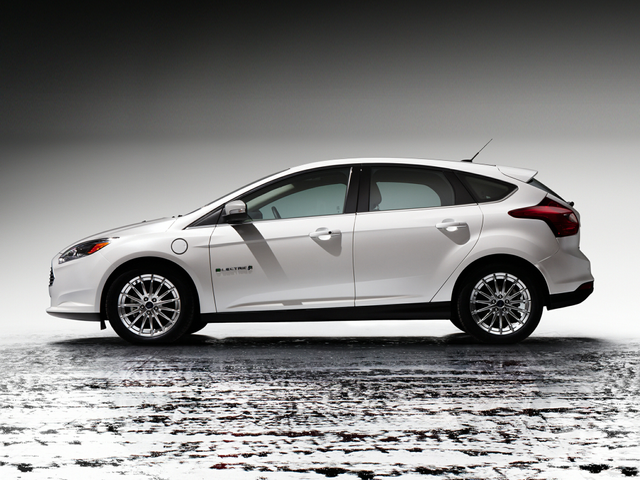 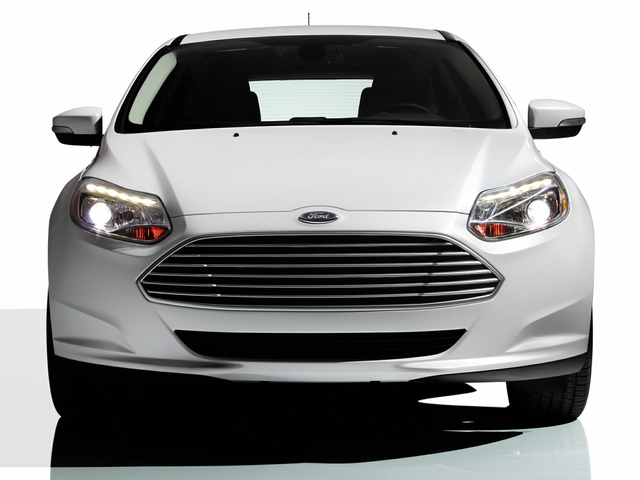 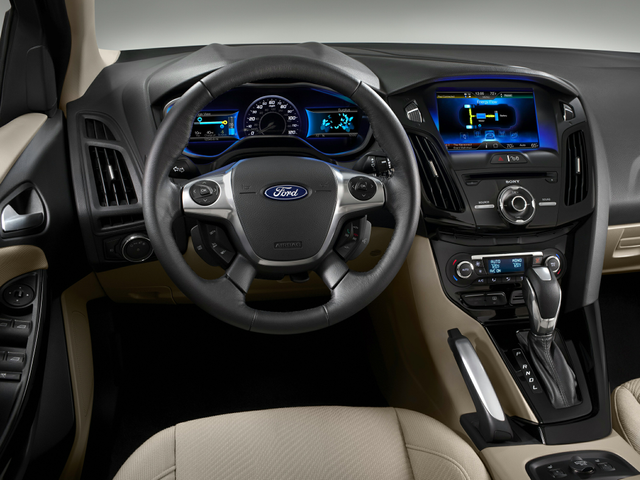 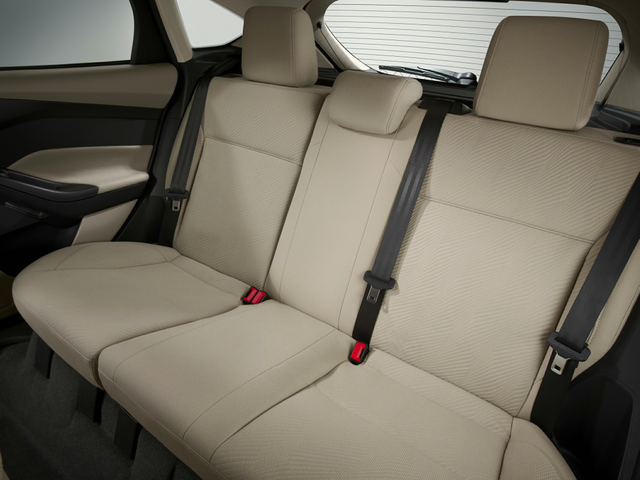