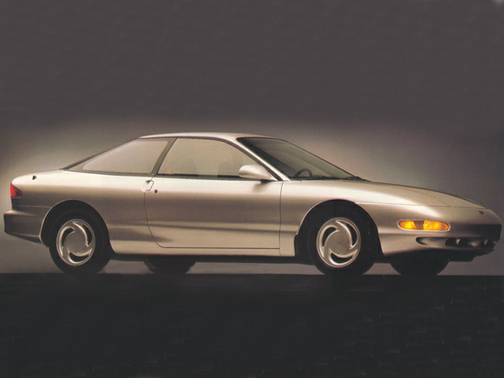 Our 1993 Ford Probe trim comparison will help you decide.

With its elongated roof and unrefined road manners, the first-generation Ford Probe built from 1988-’92 was a clunker.

It got off to a fast start but soon fizzled. And since 1990 the Probe has been something of an albatross around the necks of Ford dealers. Only deep discounts kept them moving.

For the 1993 model year, the Probe is back. And this time you probably can forget about any discounts.

The 1993 Probe is an all-new car. Thanks to a massive assist from Mazda, Ford got it right this time.

The new Probe is mechanically identical to Mazda’s MX-6 and 626 cars, which are built by Mazda in Flat Rock, Mich.

The styling and the handling of the new Probe are right on target. The new model is available in two flavors, mild and wild.

The mild: It has a 115-horsepower 16-valve four-cylinder engine.

The wild: It is a GT model with a high-performance V-6. That’s this week’s test car.

Ford officials are hoping the latest Probe will have a long run at the top.

The engine pulls strongly all the way to 7,500 rpm. That’s when a computer intervenes and prevents the engine from being revved any higher.

The test car came with an easy-shifting five-speed transmission. The clutch has just the right feel to it. It’s light and smooth, making the car easy to drive and fun to shift fast.

You can order the Probe with a computer-controlled four-speed automatic.

I drove the test car hard, but that didn’t seem to affect fuel economy. In the city, the Probe returned 20miles per gallon. On a trip to Tampa, that figure rose to 26 mpg.

The suspension layout – four-wheel independent – is the same as in the old Probe. But Ford and Mazda did some fine-tuning. The result: the new Probe is much more nimble and athletic than the old version.

Torque steer was the bane of the old Probe. In that car, you stepped on the accelerator and then fought with the steering wheel to keep the car from pulling to the left or the right.

That trait is gone from the new model thanks to some mechanical improvements in the suspension system that keep both front wheels firmly planted on the pavement.

As one might expect in a $20,000 sports coupe, the Probe GT is loaded with high-performance equipment.

If you wish to slice through a curve at 50 mph, the Probe will be a willing accomplice. It understeers ever so slightly, but it does so in a manner that actually increases control of the car.

Overall, the new Probe i s tight and lean and pleasing to drive.

The new Probe may be based on Mazda products and built in a Mazda factory, but it is not really a Mazda.

Many interior items come from other Ford products.

The air-conditioning system is nearly identical to the one Ford uses in the Taurus and Sable. There are round knobs in the center of the dash that adjust air flow and temperature.

The dash is a nicely contoured one-piece affair. The instruments are cleanly designed analog gauges set at exactly the right level. One quick glance is all it takes to glean whatever information you need.

Like the old model, the new Probe offers plenty of cargo room when the split folding rear seats are lowered.

It’s best to think of the Probe as a two-seater. One person can sit in the rear if he or she doesn’t mind sitting side ways.

As much I liked the Probe, I still have a few nits to pick.

The air conditioner did not cope well with Florida’s upper 90-degree summer heat. It didn’t really blow cold until the car got moving at a fairly quick speed – about 30 mph – and even then it took about five minutes to cool the car.

The plastic cover behind the steering wheel buzzed.

Those things aside, the aqua test car was a head-turner.

The second generation of the Probe GT is an excellent vehicle that looks great and is geared for the driving enthusiast.

It should have more staying power than the car it replaces.

Truett’s tip: The Probe GT gives Ford a fast sports coupe that can do battle with such stars as the Eagle Talon, Toyota MR2, Volkswagen Corrado SLC and Nissan 240SX.

The most fun car off the track

This car was a gift to me by me in 1993. Fire engine red, Independant suspension, gator back tires that were glued to the road. You could take clover leafs at 85 and it never got loose. The faster the turn the closer to the ground it was. Very stable, 140mph was like driving at 30mph. Gas mileage was great even the way I drive. I taught all the kids how to drive a stick on its 5 Speed. More importantly I taught them how to drive like a driver. In the end they could make it do anything. I loved this car but I had to trade it for an explorer sport, my business changed and I needed a more practical vehicle. I still miss it.

Best car I've had so far

The 1993 Probe GT is an incredibly fun car to drive. This thing can handle corners like it was nothing and is over-performant when it comes to slamming it to the floor. The first one I had was a '93 and passed away at the venerable age of 23, after Canadian winters took the best of the floor and frame. I took the main parts of it out and used them on my '95 GT because they were still in good shape. I paid 1,500$ for my '93 and it cost me 1000$ (including a 700$ welding of the rear shocks plate) in repairs. This car is very unexpensive for all it can give to its owner. It's a real head-turner, especially when you add a body kit to it and it's extremely mod-friendly (for KL-ZE swaps, for example). For a good price you can reach a decent 230 HP and beat most of the modified cars you will likely find out there. Despite having to be careful about the rust when you buy one, if it has been well-treated you will certainly find pleasure in driving it on an everyday basis. These GT's are very affordable and so underestimated. I gladly recommend this car to anyone who's willing to go out there and have lots of fun for cheap.

If this car has more than 60k on the odometer, run and run away fast. It was great new, but it cost me big $$$$$ on repairs after 60k miles.

All model years for the Ford Probe 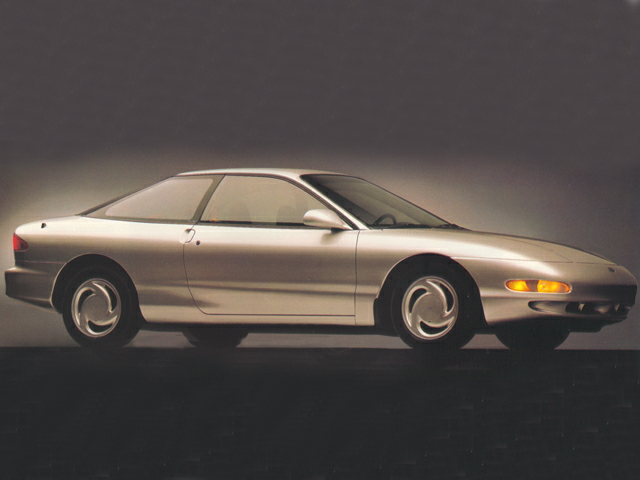