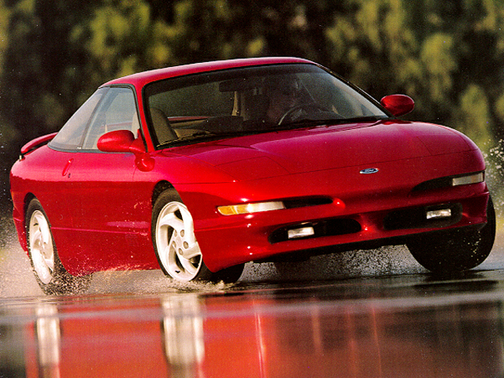 Our 1995 Ford Probe trim comparison will help you decide.

Thank goodness that reason and sanity won out and Ford didn’t give in to those who had planned to replace the venerable Mustang with the Mazda-designed Probe sport coupe.

The Probe has grown old since it was unveiled in the 1989 model year. It may have raised a few eyebrows in 1989, but the lids have grown weary. It didn’t help that early design exercises and concepts of what was to become the Probe were stunning and expectations were sky high for a mind-boggling hunk of sheet metal. The production model was a conservative compromise.

Rumors are strong that Probe will put a few more years under its belt before it disappears from the Ford lineup.

But that is then and this is now so on to the Probe.

Pluses include dual air bags, but ABS is an option. Rear seat leg or arm room is sadly lacking, as is headroom from the pronounced roof/rear glass slant.

The list of standard equipment on the car’s window sticker pales in comparison to the optional bells and whistles.

You have to spring for lots of options to dress Probe to go out. Check out the accompanying box listing Probe specs and the items in the optional preferred equipment package. You’d think Ford could have thrown in a few of those-such as ABS, power mirrors and rear-window defroster-as standard.

I recommend the 5 speed only automatics are not good. Other than that i had no problem with my 1995 gt. It was faster than my 1996 Mustang gt. Good car and quick. Yes i would have one in 2020.

Awesome car but should've been made in Japan

Got a 95 Probe gt RHD when I got it in 2014 it was a bucket of bolts at only 60,000 miles been messed up by a xxxxxxxx mechanic plus lots of American manufacturing problems you don't get on a Telstar or mx6/626 from Japan. Stuff like overtorqued steering racks , flimsy swaybar mounts, seized brake calipers, terrible coil springs slipping clutch too name a few. This probe now has an Australian/Asian market 2002 Mazda GF 626 set of rear calipers ,front subframe,steering rack , swaybar and Mazda 6 front brake calipers. Also has Australian KING heavy duty springs removed from a Telstar and a GF japspec rear 17 mm swaybar. Drives unbelievable. I have If they had of left the factory the way I have set mine up with mostly OEM mazda parts they wouldn't have had all the problems they did. In Australia it's cheap and easy to restore the mechanical side of the probe but I can forget the cosmetic side their very rare here probably only 100 left .

February 25, 2019
By Dancoop from Byrnes mill, mo
Used to own this car

All model years for the Ford Probe 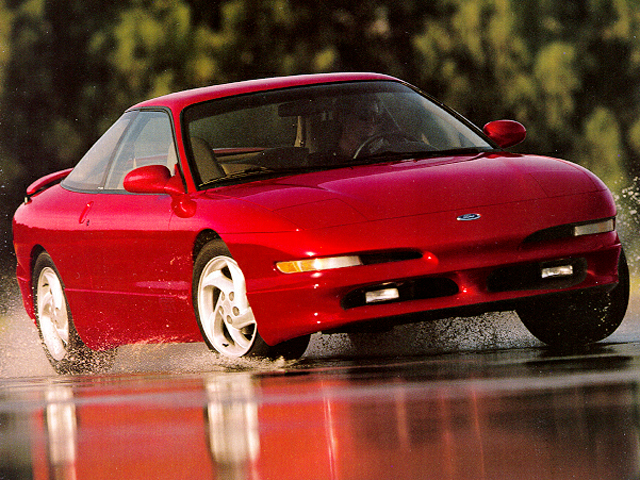