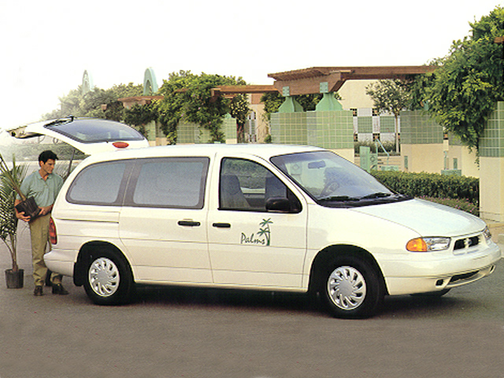 Our 1998 Ford Windstar trim comparison will help you decide.

If Ford Motor Co. had it to do over again, the Windstar mini-van would havehad more doors than cupholders.

But, the automaker insists, when it surveyed consumers about their wantsand needs in the early development years of its rival to Chrysler and GeneralMotors mini-vans, most folks said they saw no need for a slide-open door onboth sides of the van.

So Ford left one off the driver’s side.

Better Ford leave off a wheel or seat or window, because Chrysler, theindustry’s mini van-sales leader, and GM, one of the followers, added aslide-open door on the driver’s side of its vans.

GM went Chrysler one better and offered the option of a power-operateddriver-side slider.

We tested the 1998 version with its stop-gap feature aimed at atoning for alack of a driver-side slider–the King Door.

The driver-side door is bigger than usual to allow the rugrats to scootinto the back seat through the driver’s door.

First, however, the driver must get out, which he or she doesn’t have to dowith the Chrysler and GM sliders, since most kids can open the door on theirown–and those that can’t are aided with a power door at GM.

While Ford goofed on doors, it came up with a really nice feature itsrivals failed to think of, a mirror in the center of the roof above the dash that allows driver orpassenger to check out the kids in back without having to loosen their belts,slip sideways in the seat and gawk over the headrest.

The Windstar has lots of goodies, such as a stowage bin in the left rearwall to serve back-seat passengers, a couple of power plugs for addedaccessories, cup/juice-box holders, a coin holder in the roof (out of the way, but an in-dash or in-console unit would require less time taking your eyes offthe roadto come up with the correct change) and a lock button in the rearcargo area, which we would love to know what it locked or unlocked.

Base price of the Windstar GL we drove is $20,655. Sprucing it up with the”preferred equipment package” added $4,405 for such things as speed control,tilt steering, rear-window defroster, AM/FM stereo with cassette and clock,luggage rack, power windows/ locks/mirrors. Floor mats ran $90 and remoteentry $175. With $580 in freight, the sticker ran almost $26,000.

As is so common with Ford, you then are awarded a discount on thehigh-content option package, in this case $1,300 to bring the package down to$3,105 and the final price to $24,575.

most reliable vehicle i have ever owned

I am the 2nd owner of this van. we got it from my grandparents with only 13,000 miles on it. it currently has 339,742 miles on it and this past weekend we took a 3 hour trip in it pulled into the driveway monday evening and the engine blew. I cant even get mad about it. it has been a great vehicle.

We're going to let it go fast. We bought it to go to local Antiques shows. We retired and are not interested in going to shows anymore.

I have owned this vehicle for nearly 20 years. It is still running strong with 230,000 + miles. Seats have held up. A few minor repairs. Transmission replaced under warranty at 60,000. 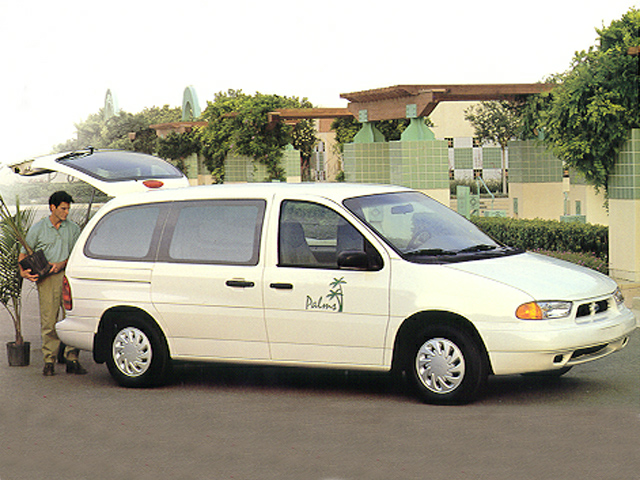 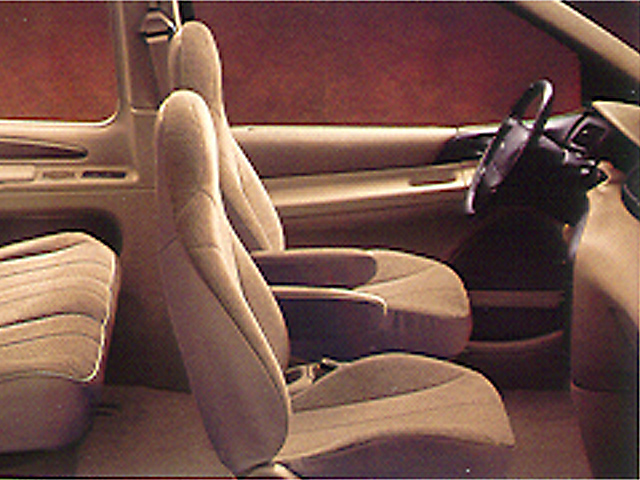