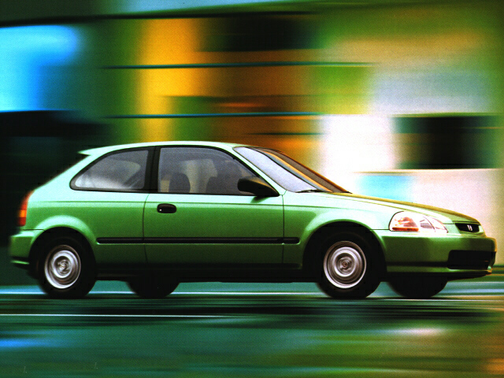 Our 1997 Honda Civic trim comparison will help you decide.

Not all innovative cars cost a fortune.

Take the Honda Civic Coupe HX, which is available with a unique one-speed shiftless transmission. You can own a car that features what may be the future of the automatic transmission for less than $15,000.

If you are not the pioneering type, you’ll be pleased to know that Honda offers the Civic coupe with a standard five-speed manual transmission or an optional four-speed automatic.

Whatever gearbox you choose, you’ll drive home a winner. The 1997 Honda is a classy, well-made small car with lots of room. And ever since Honda redesigned the Civic last year, the car has been selling in record numbers.

Honda offers two other 1.6-liter engines in various Civic models that make 106 horsepower and 127 horsepower. But if you want Honda’s Constantly Variable Transmission, you have to settle for the 115-horsepower engine.

The CVT transmission has a metal drive belt that connects to two variable-ratio pulleys, which expand and contract based on engine speed and load. It has no gears.

Behind the wheel, the feeling is unique. You touch the accelerator, the car moves forward, and the engine steadily runs slower as the car accelerates. You feel no changing of gears, just steady, seamless acceleration.

The Civic HX is not particularly quick. If you want better acceleration, stick with the five-speed stick shift. But it’s not slow, either. In fact, the HX performed admirably when called upon to merge onto an interstate or pass slower traffic.

Honda spokesman Mike Ackerman in New York says the CVT transmission has been available in Japan for several years, and it has proven durable and dependable. Production constraints (about 80 percent of all Civics sold in Japan have the CVT) kept the unique gearbox out of the U.S. market until recently.

By the way, a few years ago, Subaru offered a CVT transmission in its Justy hatchback. The car was a failure, not so much because of the transmission, but because it was a dowdy-looking auto of average quality. CVT transmissions are available in several European cars, and some industry analysts think the gearbox may someday replace the standard automatic transmission.

Aswith all Civics, fuel economy is excellent in the HX coupe. Our bright red test car delivered 37 mpg in the city and 41 mpg on the highway.

The Civic’s four-wheel independent suspension system is tuned to deliver a semi-soft, semi-sporty ride. The car is fun to drive and able to handle some sporting maneuvers, such as quick cornering on tight curves. The power-assisted rack-and-pinion steering is exceptionally smooth, and it gives the driver just the right amount of feel for the road.

Honda kept the cost of the Civic down by decreasing content. Instead of four-wheel disc brakes, which were available on previous Civics, the ’97 line offers power-assisted discs up front and less-expensive drum brakes on the rear. No matter, because stopping power is excellent. This is one change that saved Honda some money on manufacturing but did not affect the car’s overall performance.

Our test car did not have an anti-lock system, a feature that is standard on the $12,000 Chevy Cavalier, one of the Civic’s rivals.

Few people would argue that $14,300 is a lot of money for an economy car. You can get several other similar cars – such as the Ford Escort, Pontiac Sunfire and Kia Sephia – for much less.

But you won’t get Honda’s reputation for outstanding quality. Though the other cars in this class are fine automobiles, the Honda Civic is a cut above. And you pay a little extra for that.

Our test car was very well designed and manufactured. It’s an easy car to like and live with.

he bucket seats are nicely styled and comfortable, and the user-friendly dash is attractive and well laid out. The high quality of materials such as the upholstery, carpet and plastic trim never makes you feel as if you settled for an economy car. The car has class.

The Civic’s trunk is fairly large for a compact car, and when the rear seats are folded forward, the car can haul a decent load.

Perhaps the Civic’s most endearing traits are its size and the feeling of trust you get when you start the engine. There is a hard-to-define quality about the Civic that makes you feel as if this is a car that won’t break down. Indeed, I can’t recall the last time I saw a dead Civic on the side of the road, hood raised and emergency flashers on.

Visibility is excellent, so parallel parking is a breeze.

In all, I think the Civic is an excellent car for city dwellers who make occasional road trips.

Best Bang for Your Buck

March 26, 2021
By HondaBomba from Flemington, NJ
Owns this car

After buying it for 500 bucks with 140,000 miles on it, I didn't even drive it for a couple months, just let it sit there in my driveway. Battery died on me but after a quick charge, it was rolling. Great car that don't expect to die out anytime soon. If you see one of these cars on the market at a low price don't hesitate to buy even if the mileage is breaking 200,000. I honestly expect these cars in a couple years to go up in value for the nostalgia effect.

My first car, my favorite car.

Best Car I have owned

I am the original owner of a 1997 Honda Civic LX and have owned it for 23 years . OMG I just love this car. Both my kids drove it to college and graduated from college. The car is very good on gas and has 138531 miles on it at present. Since this car has been very reliable and very little maintenance was required I ended up upgrading to a Honda Accord. Honda's all the way. 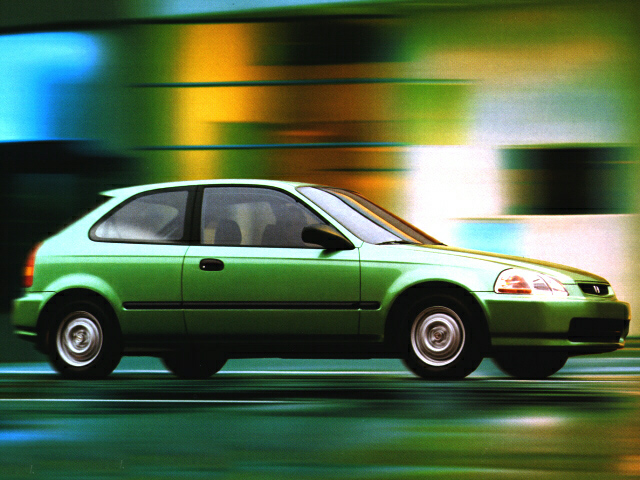 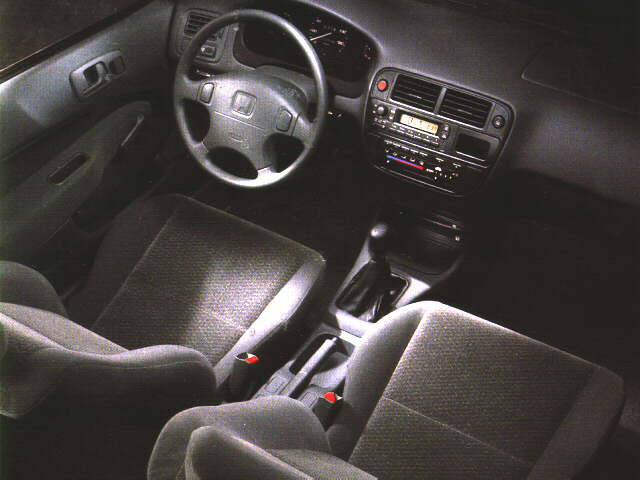